From Software and creator of the famous Souls series are taling their way into VR with a Faerytale Story-Adventure.

Déraciné™ is a narrative focused VR Story Adventure that opts for simple gameplay in favor of telling a story. But, it’s not that simple. People who have experienced Souls and Bloodborne know very well that there is more to be found than a simple in-your-face tale. But how does it fare? Beware though! Déraciné™ requires not only the PSVR but also 2 PS Move controllers.

Story: VR in a Faerytale Adventure at a boarding school 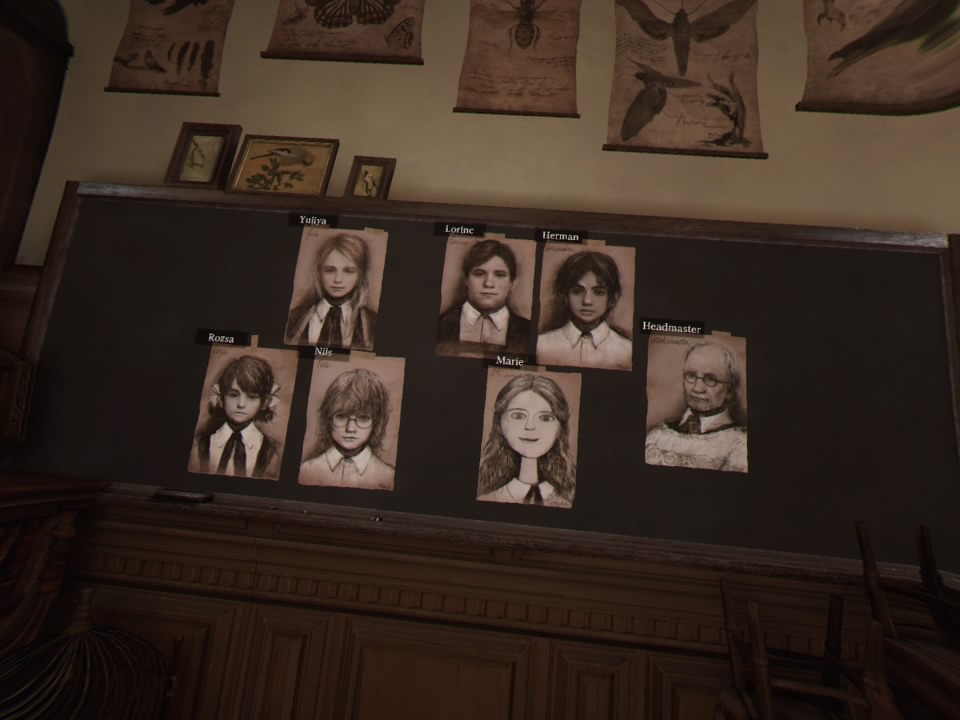 Indeed, it is a bit of a faerytale because in Déraciné™ you aren’t playing a child, a hero or a human. Your place in this game is as a mythical Faery befriending the children of the boarding school. Our story begins with us going through a tutorial and gaining new powers that are instrumental for the remainder of our tale. After finishing your introductory class in gameplay, your first task is to convince the merry band of children of your existence. Prepared with various abilities you will experience many heartful moments with them along the way. Everything seems nice and dandy but is it?

You will experience the story in two ways. One is the direct approach of experiencing both your and their actions, the other part is something more of a puzzle. There are various items spread all over the school with tiny bits of information about the circumstances of the school and its tenants. 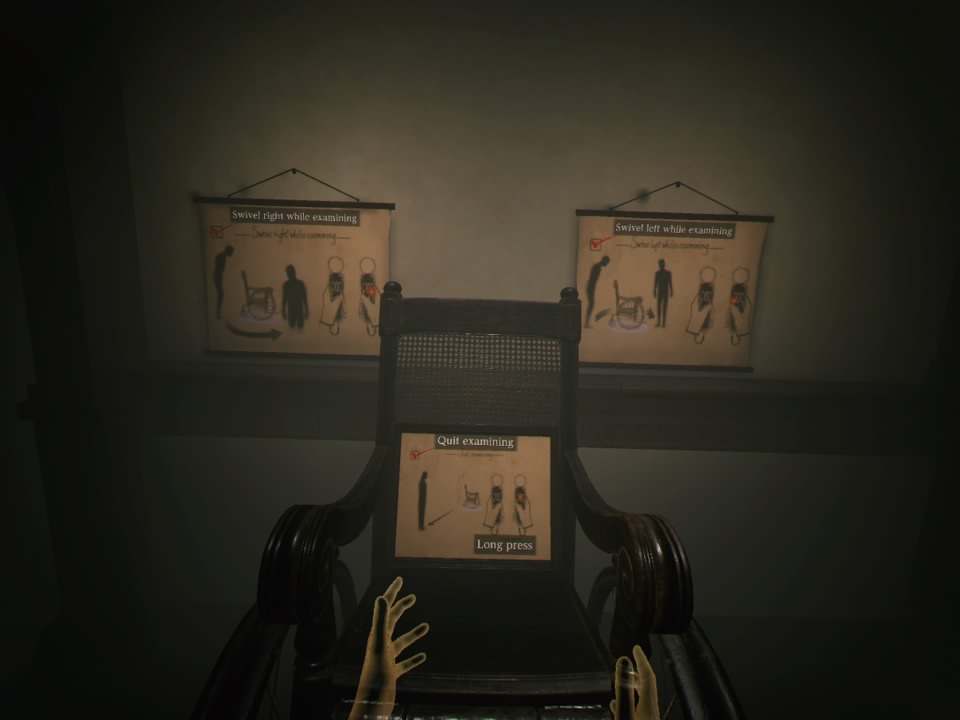 Déraciné™ requires the full PSVR set and that includes 2 PS Move Controllers. Each of them will represent your hands within the virtual environment and each of them has unique powers. If you are uncomfortable with the standard configuration, there’s still an option to swap the hand functions.
Movement is based on fixed teleportation spots and instant fixed camera angle rotations. As you might guess it’s to reduce motion sickness. In my time with the game, I did not experience any discomfort outside of winding stairs.

Points of interests have special markers and once you’re on the marked spot, you move around the object instead. Based on the standard configuration your left-hand holds the power of folded space (the inventory) where you can store specific items you have borrowed. Items that you can put into your inventory have a blue outline as soon as you grab them. The second power is to summon the guiding chronometer, most likely the most powerful pocket watch you will ever hold in your hands. Not only does it tell you what you have to do, but it is also your gateway to time travel. Once you have finished your laundry list, the gears of time will open a door to either the future or the past. Where it goes is fully in the hands of the chronometer, ergo it’s a linear game.

Your other best friend has the power to take time, which is basically life, store it, and pour it into an object of the same kind. That’s not the end of your magical powers. No matter which hand is holding the item, you can summon a magical textbox, presumably also a power of the chronometer, which reveals to you the secrets of the world that corresponds to the item, i.e. like the text that’s on the letter you are holding and some additional fine details like the quality of the writing.

The gameplay could be described as a narrative-light-puzzle and is very comparable to a point and click game. To continue forward you just have to do the right things like moving stuff around. Once you finished everything you move over to the next designated epoch.

As mentioned before, even though you can quickly rush through it by only finishing the main story, you will not experience the full story. The lore and backgrounds are scattered all over the boarding school, ready for you to find and piece everything together. For replay value, there are eight coins scattered across the whole game. Once you find them all and put them into the coin box a new power will be bestowed upon you. 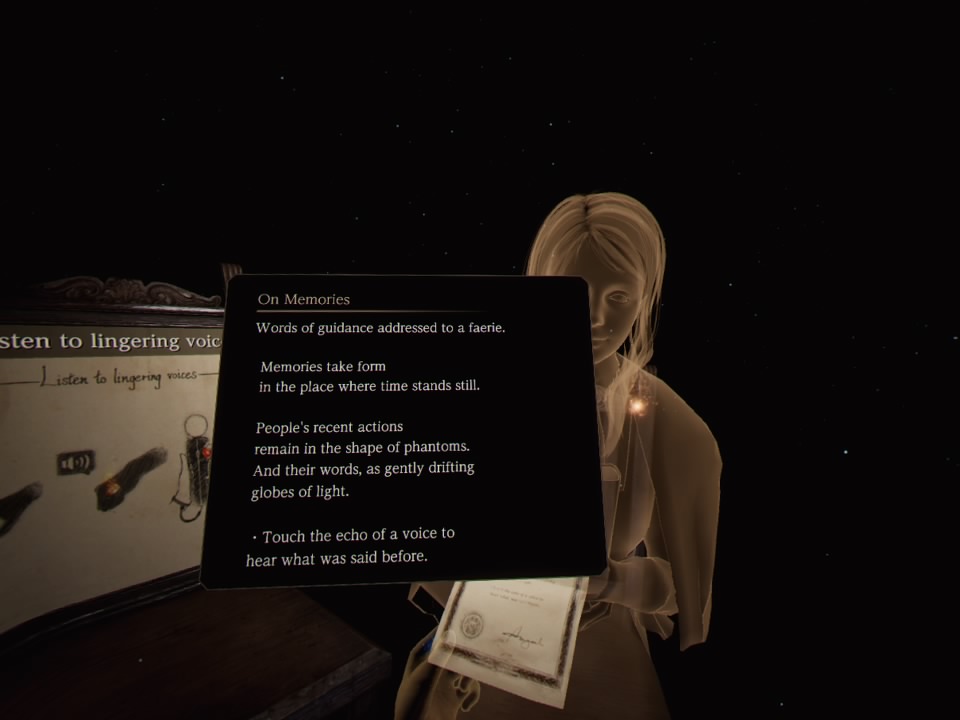 Graphics and Music: Moody and Melancholic 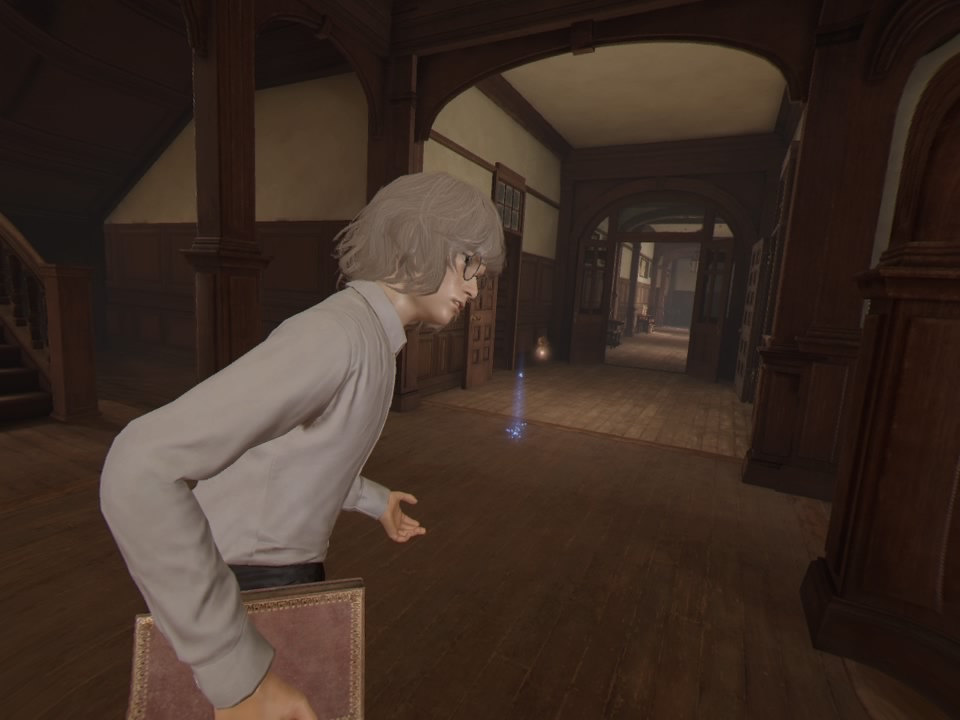 The graphics look quite good with nothing out of expectations, outside of maybe one single thing that I don’t want to spoil. The aesthetics of the characters follow the already established From Software look. Overall they managed to create a place that oozes an atmosphere that accompanies the narrative very well.

Emphasized by the melancholic and maybe even foreboding music, which changes according to the location and situation. The majority of the time you will hear the main theme, which can get a little bit monotone. One could argue that this adds more significance to the event of a change in music.
The foreboding element of the main theme did give me the horror vibes in the beginning because I kept things like Bloodborne in mind.

Déraciné™ is certainly not a game for everyone but it does well in what it sets out to do: be a laser focused narrative adventure that tells a story in both action and environment. People who expect more than a simple VR Point and Click like game will have to forfeit those. All things considered, I was entertained throughout the game, due to it being compact, the lack of filler material, and it not being particularly long (about 6-8 hours for one playthrough). By being separated into chapters it also makes a good game for bite-sized play sessions. My verdict for it is a Save that just barely made the cut. It’s nothing nearly as good as the Souls/Bloodborne games but the fairly budget price of 30 bucks pushes it just across the border.