Article: A Parent’s View On Buying The Nintendo Labo For A Gift
Add comment
Share:TwitterFacebookRedditPinterestWhatsAppEmail

Article: A Parent’s View On Buying The Nintendo Labo For A Gift

Whether it tis the season or just time for gift giving, does the Nintendo Labo make for a decent gift choice?

Um, What is Labo?  Clue in the clueless please

For all those parents out there who have no idea what in the world Nintendo Labo is or whether or not it makes a good gift for Christmas or a birthday, this article is for you.  First off, I’ll fill you in on what this game does. Nintendo Labo is a game for the Nintendo Switch console that uses cardboard papercraft for players to assemble and then perform mini games, play music, and create a variety of handmade toys to interact with the player.  You’ve probably seen a few examples of this with the cardboard fishing pole or the cardboard piano. In the box, you get several sheets of cardboard and a tiny game cartridge that is inserted into the Switch to use as the main means of controlling things.  As of this writing, there are three options: the Robot Kit, the Vehicle Kit, and the Variety Kit

Now, I have not used the robot, but neither my son nor my daughter had any interest in the robot set because the gameplay didn’t seem too compelling to either of them.  They pretty much thought if they wanted a robot game it’s better to play something else like a Transformers game instead. For this article, I’ll center in on the Labo Variety Set. 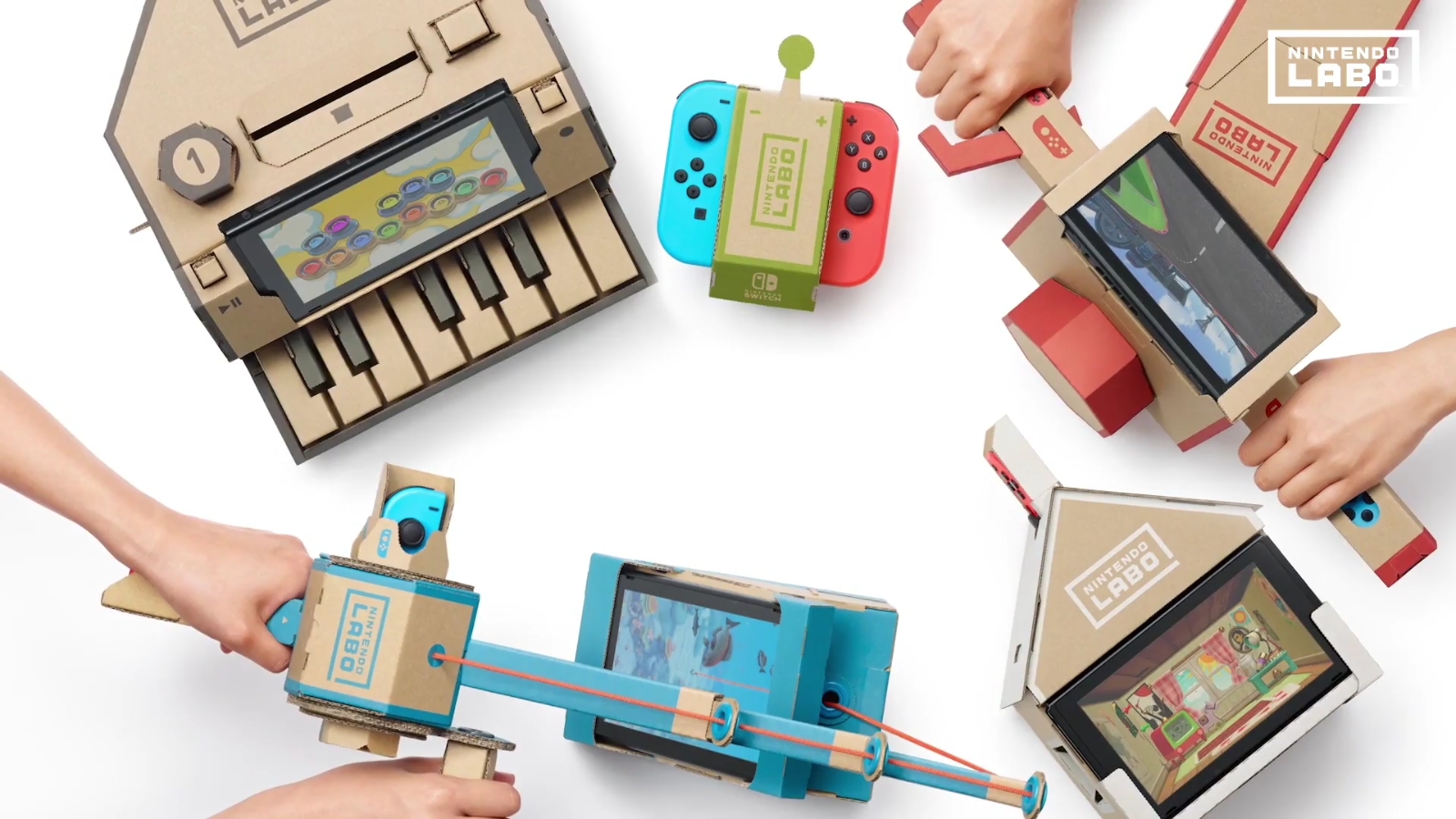 I’ve heard folks wonder what age group is this for. Personally, I think you are better off asking what your kids currently enjoy and can manage first. Does your child like origami? Do they have fun with Lego kits and enjoy following instructions for making paper crafts?  The reason I ask this is because this part of the set is rather involved. If your child doesn’t like crafting, then ask if they like Lego sets. Do you end up putting the Lego sets together, or does the child do it themselves? Those are the real questions you need to think about.

I’ll use my kids as an example. My daughter, age 10,  loves art projects and uses crafts all the time. However, she has almost zero interest in Lego sets or following instructions from a printed sheet like a model kit. She also uses computers or tablets, but only for games and YouTube.  My son, age 11, likes to draw a bit, but generally dislikes art projects. He lives and breathes Lego sets and has seldom needed assistance since he was seven years old. He uses the PC all the time, as well as a tablet, for just about everything and constantly gets into the settings to see how things work, which has resulted in a few system crashes over the years. My son turned 11 earlier this year and we thought the Labo set would be the perfect gift for his birthday. I was a little concerned that the mini games would be too kiddie, as he is slowly growing out of some of the simpler games he used to play.  On his birthday, everything became clear to me as he basically stopped cold and sat down to craft like crazy. It took him the entire afternoon, but he made all the cardboard paper craft items without much fuss. For younger kids, you may want to think how well your child handles instructions because it is not exactly easy, and he did need some packing tape to fix a few wrong bends and cuts.  It varies from kid to kid, but I’d likely say age 9 on up is best for some sort of age group unless you feel like doing it all yourself…for hours.

Now, you may be wondering how this all works with the Nintendo Switch.  Once you make your papercraft toys by following the instruction sheets provided in the kit, you can slot in your Switch console and the Joy-Cons to create some interactivity.  The Joy-Cons, or video game controllers for those who haven’t the slightest idea what I am talking about, have these neat effects in the them such as a very detailed rumble and an IR sensor that detects motion or reflections of light.  These features enable the user to program some simple commands via the game to make some neat interactions.  That’s not to say that the game programming is easy, I don’t think many kids below age 9 would have a firm grasp of what to do unless they have been exposed to programming already and it is second nature to them. 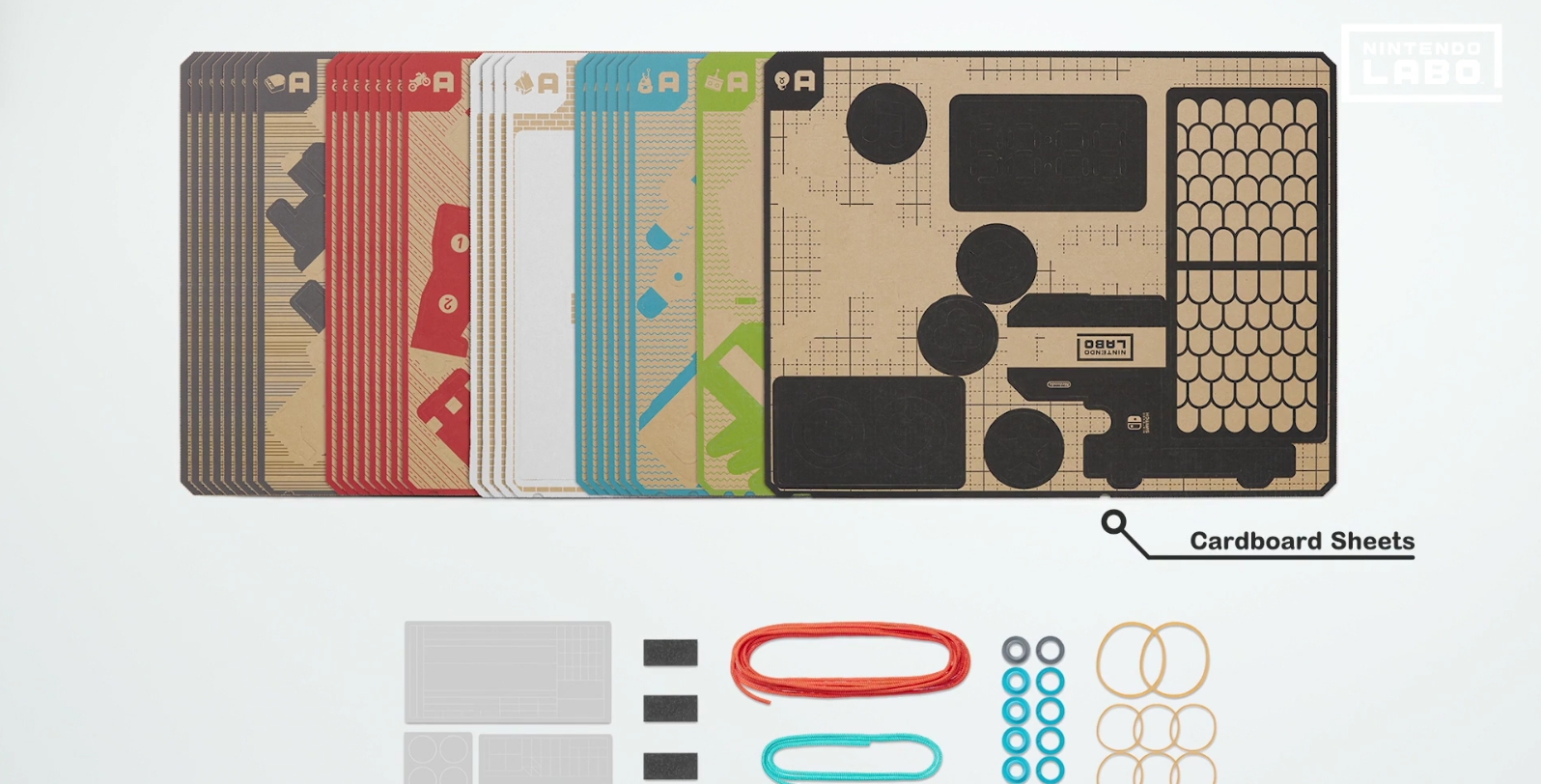 What did it do?

When it was all set and done, he had a nice variety of things to play with in the Variety Set and I have to admit, I think it’s the most versatile of the sets offered.  Still, everything was made of cardboard with little stickers and hand drawings.  I just wasn’t sure these toys would last the day to be honest, and within a few hours we already saw a few of them start to fall apart.  Undaunted, my son went about fixing them with tape and making sure the parts could still rotate.  Here is a summary of what we made with the kit and how well it went. 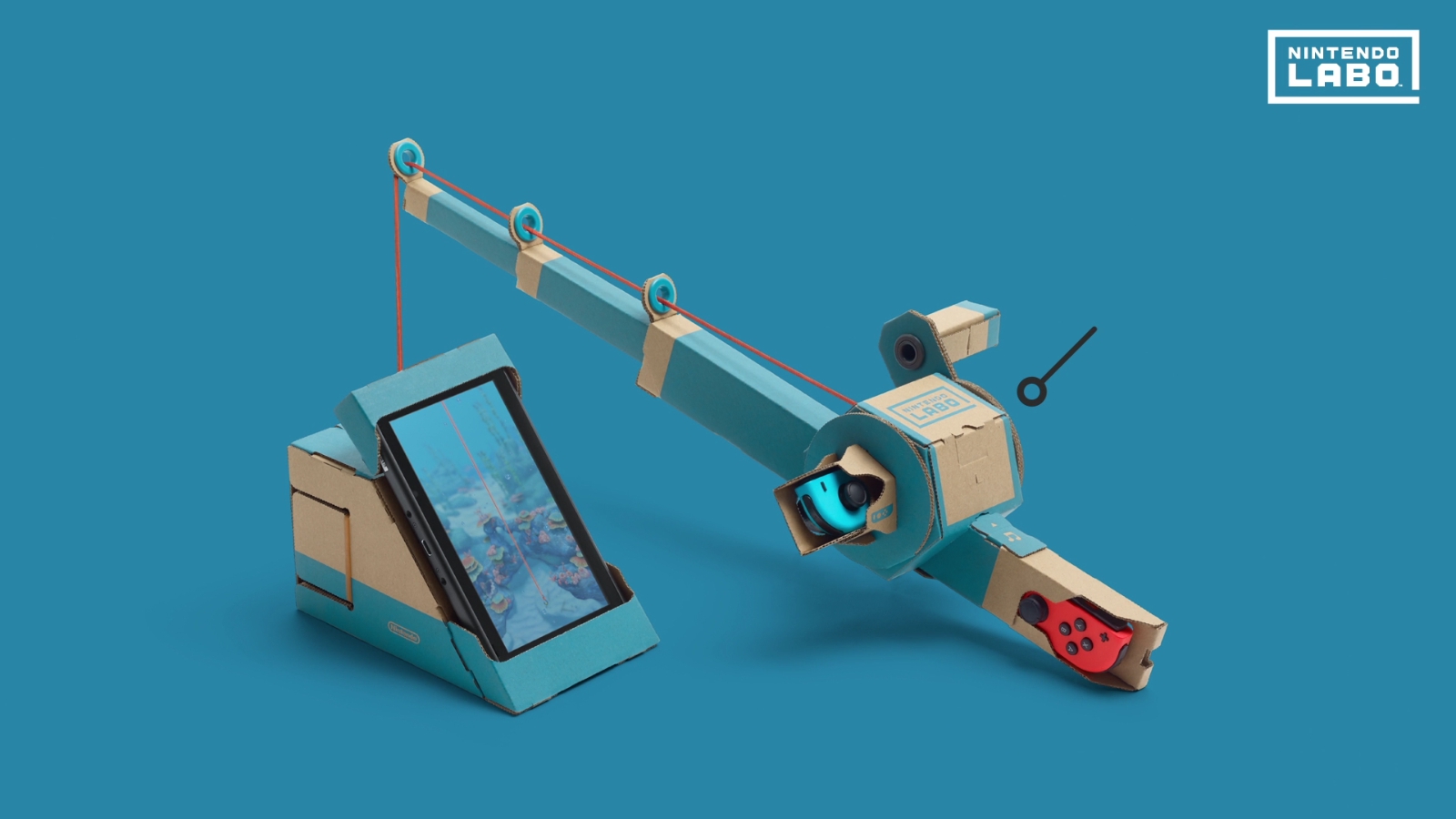 I have mixed feelings.  Ultimately, the kids still enjoy the kit and my son likes to look up community made items using the Labo programming on YouTube.  So, he’s getting the most out of it.  Personally, I felt it only kept their attention for a very short while and the cardboard papercraft items are HUGE.  Its takes up his entire desk, so he’s had to put them in his bookcase until he decides what to do with them.

Also, it’s really best to have two sets of Joy-Cons in order to play and the Switch only comes with one set.  This means you will need to pay about $60 or more to get another set if you want more co-op play involved with multiple kids.

Lastly, there is not much replay value here.  Kids don’t mind, but adults will likely get bored silly after the first playthrough.

The weirdest things about the Nintendo Labo Variety Kit was that the mini-games are oriented towards very young kids and yet the act of putting them together and programming them requires at least a 9- year old mentality.  So, unless you plan on doing the whole kit YOURSELF ( and I’m talking several hrs here ), don’t buy this kit.  Get the kit for a kid ( or adult who is young at heart! ) who enjoys crafting and putting things together like LEGO kits.  Otherwise, you may be wasting your money and are better off getting Smash Bros. Ultimate or something.