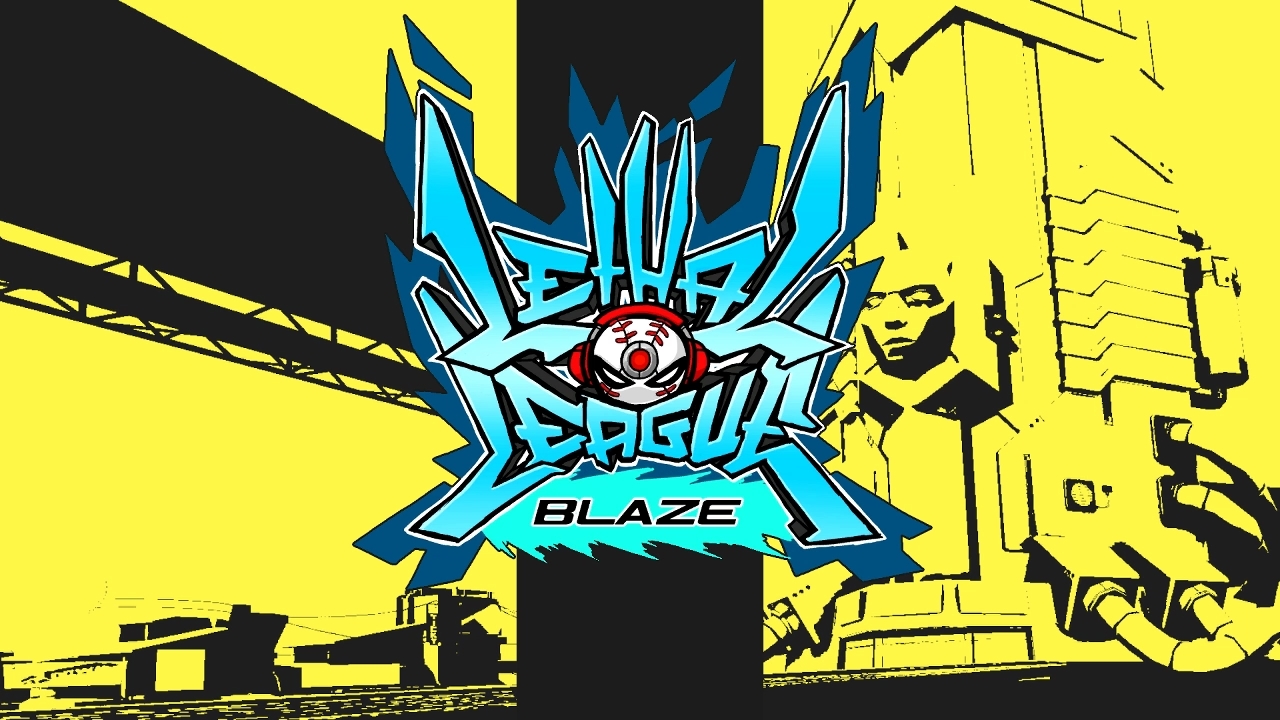 The original Lethal League holds a special place in my heart. It is a game that, I feel, takes the simple concept of classic Pong, and elevates it to the next level. The fact that it has an excellent array of music, a vibrant cast of characters, and a sprinkle of fighting game spice all contributes to making it a memorable experience. The developer, Team Reptile, released something truly special and unique on August of 2014. Fast forward to October 24th, 2018 and we now have the sequel Lethal League Blaze. How does it hold up compared to the original? It is my pleasure to report that Lethal League Blaze is a fantastic sequel and successor to its predecessor while making several improvements in all areas of the original.

Lethal League Blaze is a pong-like multiplayer-centric game of up to four players with elements of fighting games blended in. The objective of the game is to deplete all the lives of the opposing parties who will usually have about 4-5 stocks of life in total. In order to achieve this, you have to hit the ball into them. Simple concept, right? The problem is your opponents are looking to do the exact same thing to you, and that the aforementioned ball can and will keep gaining speed at an utterly insane degree the more often it is hit until no one is left alive, leading to a new round. You can only die once per round, and one death will take away one of your stocks. Although you can play in a team, the majority of the games you play online will be either a 4-player free-for-all bout of chaotic mayhem in a quick match or a 1 on 1 ranked match. Have I already mentioned that the background of each stage changes accordingly to the speed of the ball? Or how the music is oh-so-good and works perfectly in tandem with everything else? Lethal League Blaze will give you one hell of an experience.

Perhaps the easiest to miss, and yet also the most drastic change made in Lethal League Blaze is the transition from 2D sprites to 3D models. Some people on the internet seem to think that the game still uses pixel art as the original Lethal League. This should not be taken as an insult, but rather as a compliment. It is a testament to how fantastic of a job Team Reptile has done to replicate 2d characters and animations into the realm of 3D. Personally, I have not seen a change this seamless since Guilty Gear made the same leap with Guilty Gear Xrd which I suspect Team Reptile has been taking notes from especially with the concept of limited animation. While the models for both backgrounds and characters themselves are not super detailed, the stylized art and vibrant color take the game a long way. A layman would not be able to tell that Lethal League Blaze is actually in 3D until the camera rotates around and shows the models in full 3D.

All characters from the previous iteration have returned in 3D glory looking better than ever for the most part, with the exception being Sonata (and her dead-fish eyes). Lethal League Blaze also debuts three new characters who are as equally colorful in both literal and figurative sense as the original cast: Jet, Grid, and Nitro. Jet, the kicking jetpack wearing girl, is available from the start while the electrifying handsomely dressed Grid, and Nitro, the giant-cuff wielding rogue policeman, will have to be unlocked. 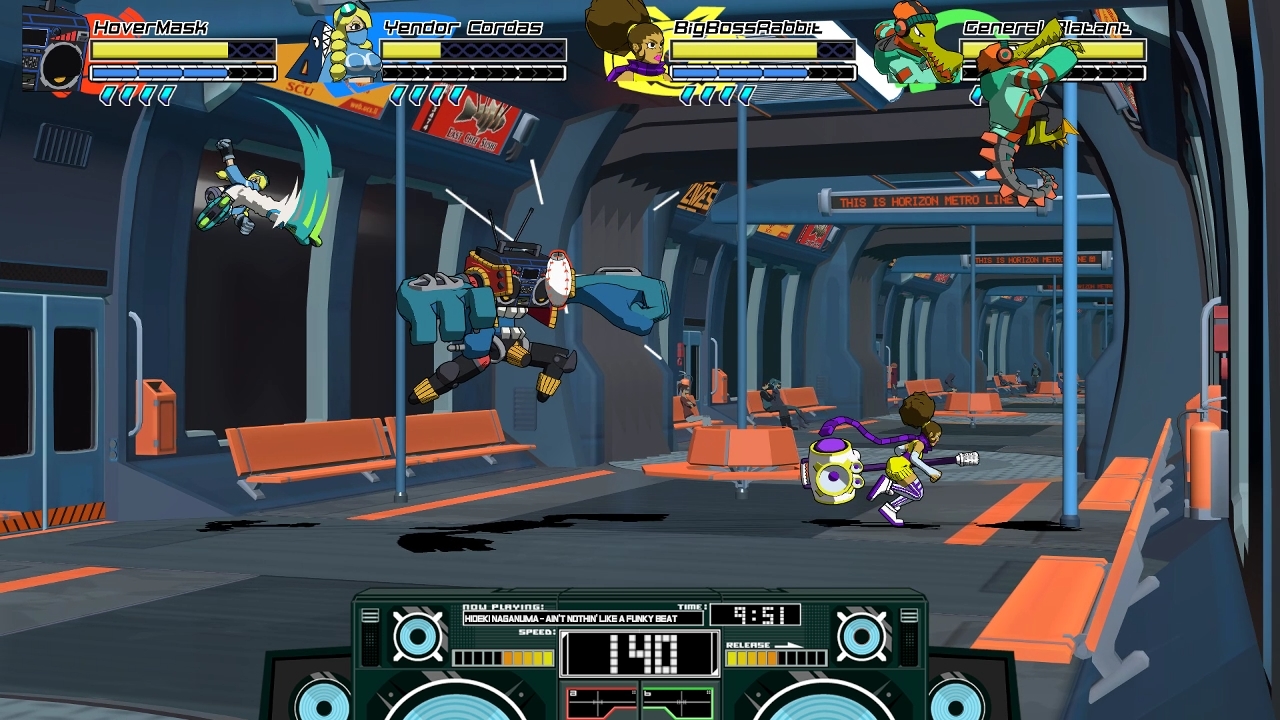 New mechanics have been added to the system. Note that I will not address minor changes but only the major ones that, in my opinion, have drastically affected the way the original game was played. First, is the introduction of the HP bar. This is a welcome change to the Lethal League formula as you no longer get killed in 1 hit from early screw-ups from a slow ball. Don’t worry though, the ball damage is directly proportional to the speed, and these will still one shot you once it has accelerated enough in no time. Parry, and supers (trick shots) return as the only moves that require special meters which are acquired from hitting the ball. This brings us to the second addition: ball throw. Ball throw will throw any ball that the character has grabbed and change whatever trajectory it was following to either a flat horizontal or vertical motion of your choosing. This technique also serves as a counter to parry and some supers which prevent the opposing parties to intercept the ball while it is being hit. The timing can be rather strict as this counter-play has to be performed while the parry animation is active, and it naturally loses to a normal swing. Failed attempts usually result in instant knockouts. Another new mechanic is the ability to do various wake-up options from an invincible knocked down state, including but not limited to: delayed wake-up, quick recovery, or a high-risk ball recapture maneuver. Last but certainly not least of the new systems is the coming of bonus ball target. It seems to appear randomly on top of the screen after a fixed amount of time has passed, and only benefits the player who made the shot. Once the target has swallowed and spat out the ball, it will gain a special effect for a limited time like the self-explanatory double ball, heal ball, telekinesis ball which allows you to hit the ball over and over without having to make contact, etc… If this is not your cup of tea it can be turned off in room setting option as a host. Personally, I love this addition as it adds even more insanity to the craziness that is Lethal League Blaze. 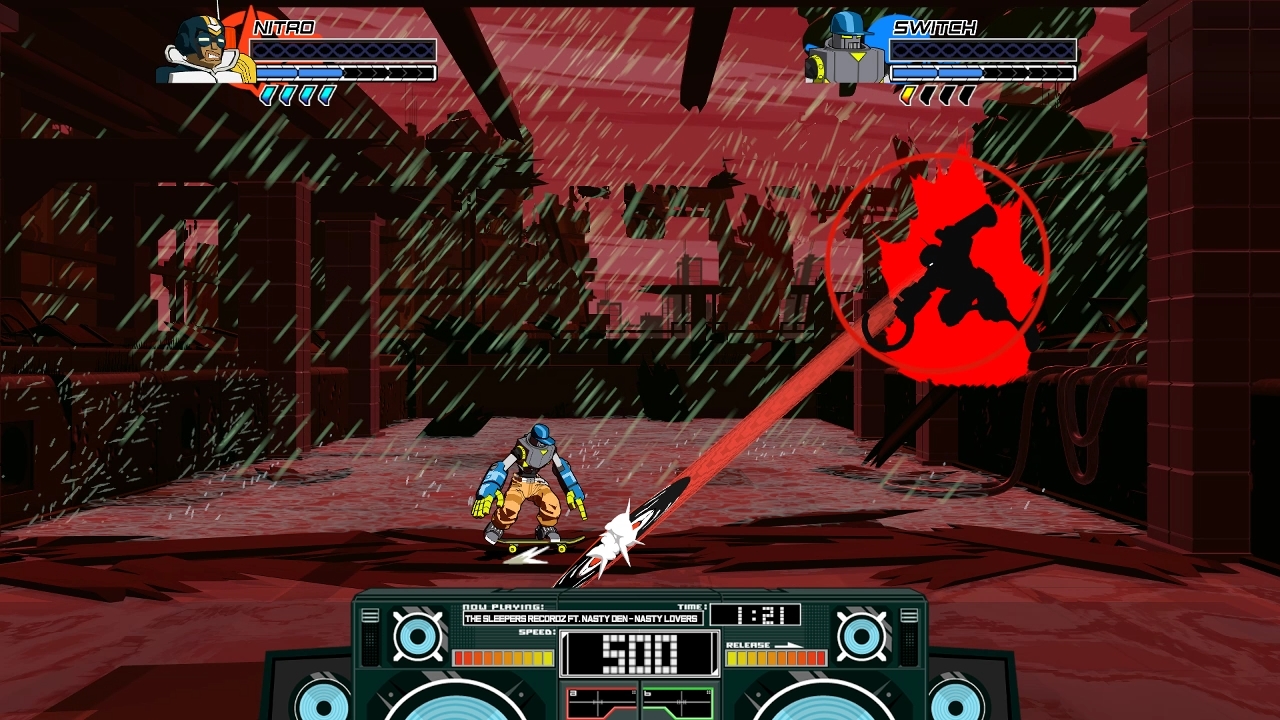 If lore is your jam and you have always wondered how the cast would come together and interact then the brand new story mode is for you. It is a decent story mode that ties the characters together. For some stages, you will be able to pick the character from either 1p or 2p side but doing so will not change the outcome of the story. I won’t spoil you anything outside of the fact that I like the social commentary the game made. The story mode is also an excellent point of entry to Lethal League Blaze in general as you are not committed to a character for 10 straight games like arcade mode, and get to see what the game has to offer in general. Completing each game in the story also nets you a currency, same as any other play modes to unlock various goodies.

You may have noticed that I have been throwing around the word “unlock” throughout this review. That’s right, there are many unlockables that can be obtained from spending in-game currencies in the Showcase submenu. Doubling as a model viewer, in here you can buy alternate color palettes (some even with different textures!), and actual different costumes for the original cast. Although, I should mention that some costumes have to be unlocked by going through the story mode, arcade, and/or secret means first before being purchasable with some being completely free.

The ever bigger fantastic selections of music, old and new, from both Lethal League games, including the catchy Ain’t Nothing Like A Funky Fresh Beat by Hideki Naganuma of Jet Set Radio fame, can also be bought. Other possible unlockables are stages and extra play modes. No microtransactions are present. 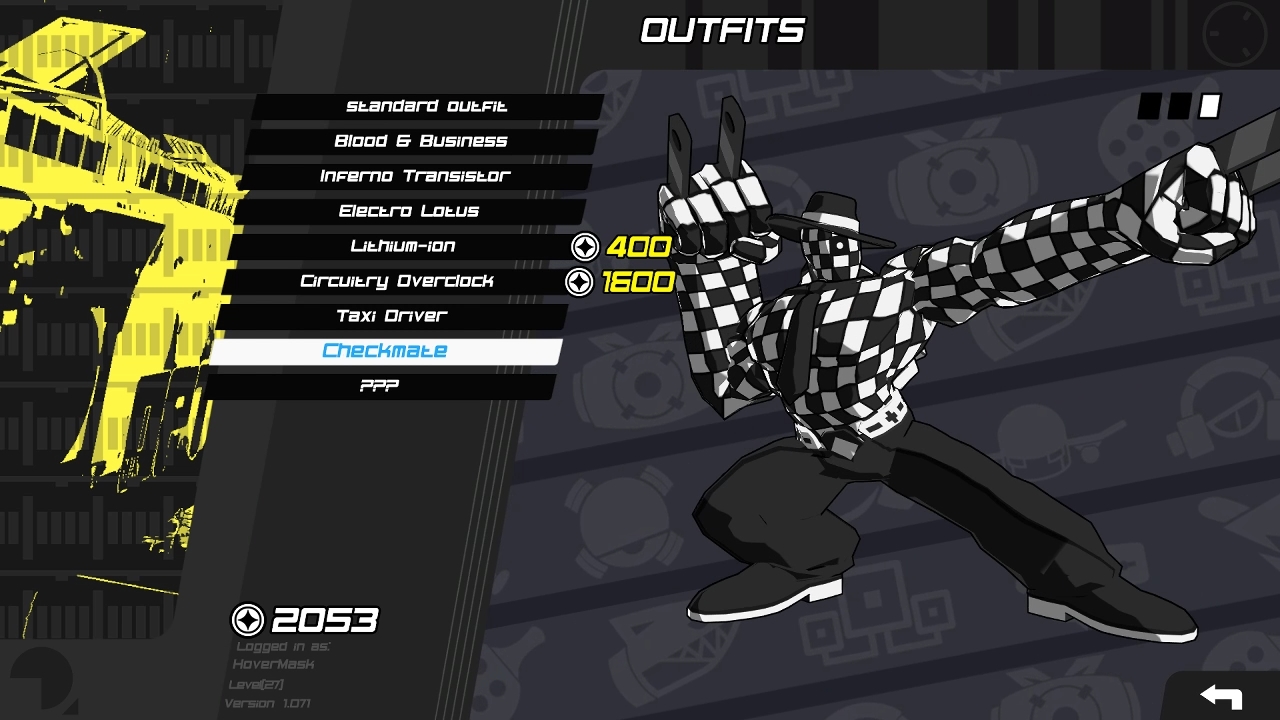 Of course, the classic training mode, and local versus/CPU versus are present if you want to brush up your skills or play with your friends offline. Different modes like Lethal Striker and Volleyball can also be unlocked down the line but from my limited experience playing against CPU, they are a novelty at best. Lethal Striker involves you trying to hit a fairly large target to obtain points that will win you the game, and volleyball mode plays exactly like an actual volleyball with the Lethal League mechanic. I was unable to find any matches for these extras during my playtime which I find to be not surprising due to the way these games are structured. The balls used in these game modes default to the beach ball that possesses different physics as it has a very low-speed cap and slows down over time. This can be circumvented by simply going to the options and change the ball type to normal. Unfortunately, this presents a new problem in the form of the match ending way too fast. The ever-accelerating ball in a confined area with large-sized targets can only bounce for so long without hitting the target. The ball will never reach a fraction of the speed that you would normally get, and the players won’t get any sense of satisfaction from it. These miscellaneous extras can definitely be enjoyed if you hit a fatigue point and want to temporarily take a break from the high-octane default mode but I certainly do not see them being anything more than side novelties in the foreseeable future. 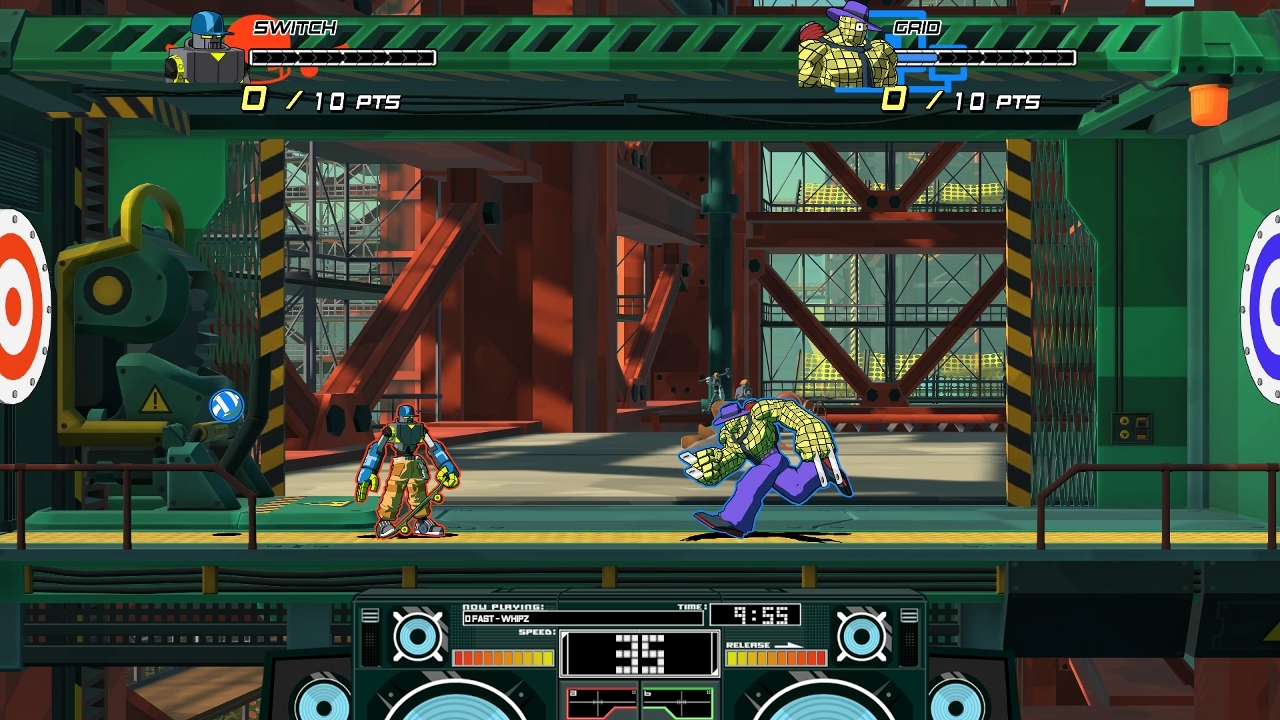 As much as I have enjoyed playing Lethal League Blaze I did encounter some problems. A few numbers of matches had some players and/or ball teleporting due to an unstable connection but this can be prevented simply by avoiding players with high pings. Sometimes, during online play in lobby mode, a person would join my room but I was unable to see what character they picked. The end result was usually a freeze at the beginning of a match and I had to close the program manually. Fortunately, this issue does not seem to happen a lot. I have no concrete number to back this but I would like to say that this issue has only happened to me every 1 in 10 games if not less. Given the time and care that I see from this game, I have faith that Team Reptile will fix this issue in due time. I also would like to mention that while the game does have tutorial modes, normal, and advanced, they definitely do not cover all the mechanics. You will either have to explore these by yourself or look them up online.

Lethal League Blaze is what a sequel of a video game should be. It refines the formula of what works from its predecessor, then adds mechanics on top but not to the point of overwhelming the players. The gameplay is as strong as ever. With a seamless transition to 3D, while retaining the original 2D animation visuals, it has opened the doors to possibilities that the original could only dream of. There are even extras that the game would honestly be perfectly fine without but are added nonetheless to enhance the experience like costumes, secret costumes, and easter eggs. Minor problems like the rarely-occurring server issues and the somewhat lackluster tutorials are present but they are something more of a small hindrance. Let’s not also forget that this whole product only costs $19.99. I am willing to pay that amount just for the soundtrack! If you like Pong, if you like good music, if you like fighting games, if you like cool and wacky characters, if you like high-speed chaotic mayhem, well then do yourself a favor and pick up Lethal League Blaze.