Ever wished that you could customize your character to have a head of a duck, but the body of a buff fighter? Well, the dream is real! You take control of Primo, or Patobox if you go by his stage name, who is a boxing champion that just so happens to be a hybrid of a duck and a human. Luckily, Patobox only has the head of a duck and not the body of one, with the only downside of his speech being completely incomprehensible. Oh well, I’ll just talk with my fists and lovingly stare into the eyes of others.

We jump in right at the championship where Patobox is facing against a fighter named Kilpatrick and everything is like a normal fight. However, something goes wrong going into the second round. For some reason Patobox’s vision is constantly going out of focus and his body seems to be slowing down. Unsurprisingly, Kilpatrick uses it to his advantage to win and Patobox loses consciousness, but not before he feels the pain of being stabbed in the back…literally. Patobox somehow ends up in an alley to succumb to his wounds, but a nurse, Ms. Feathers, luckily finds and treats your wounds just in time. 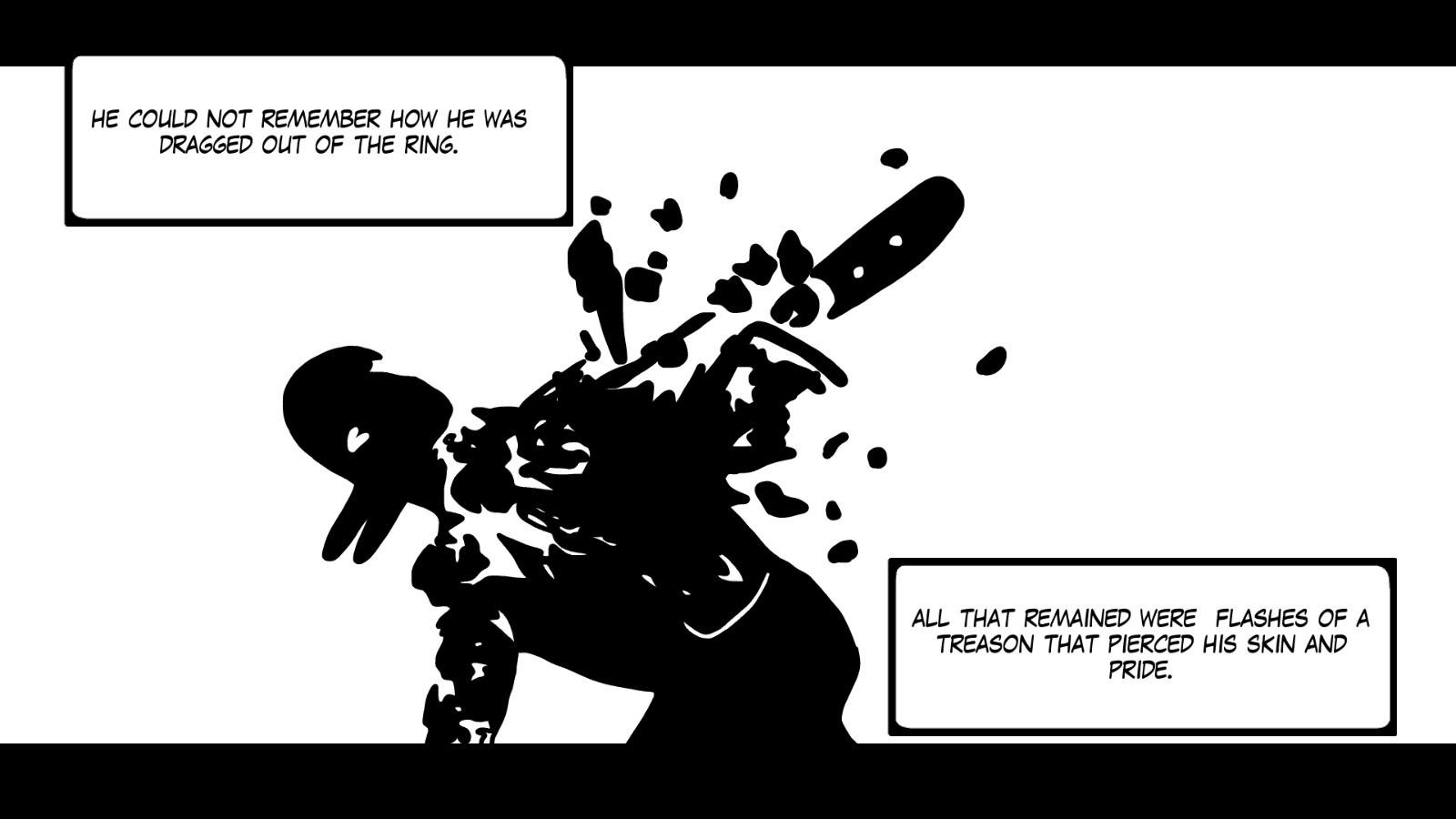 That fight had to be rigged, no matter what others might say, and Ms. Feathers agrees. The only likely culprit it can be is the very company that sponsors Patobox and seems to have their hand in virtually everything: Deathflock. However, to get to the boss of Deathflock, you need to collect emblems that the other fighters carry around. Of course, they don’t give them up quite so easily.

While Pato Box does have a boxer for a main character, it’s not all fighting. There are various floors that you can explore, with each of them having their own theme depending on which boss it’s connected to. Not only that, but the various challenges you have to face to get to the bosses differ to fit with the theme. For example, in the Food Factory you’ll be walking on conveyor belts dodging saws and crushers to make it to Pizzicantra. Other floors may have to do puzzles, tasks, or minigames before you can fight the boss. 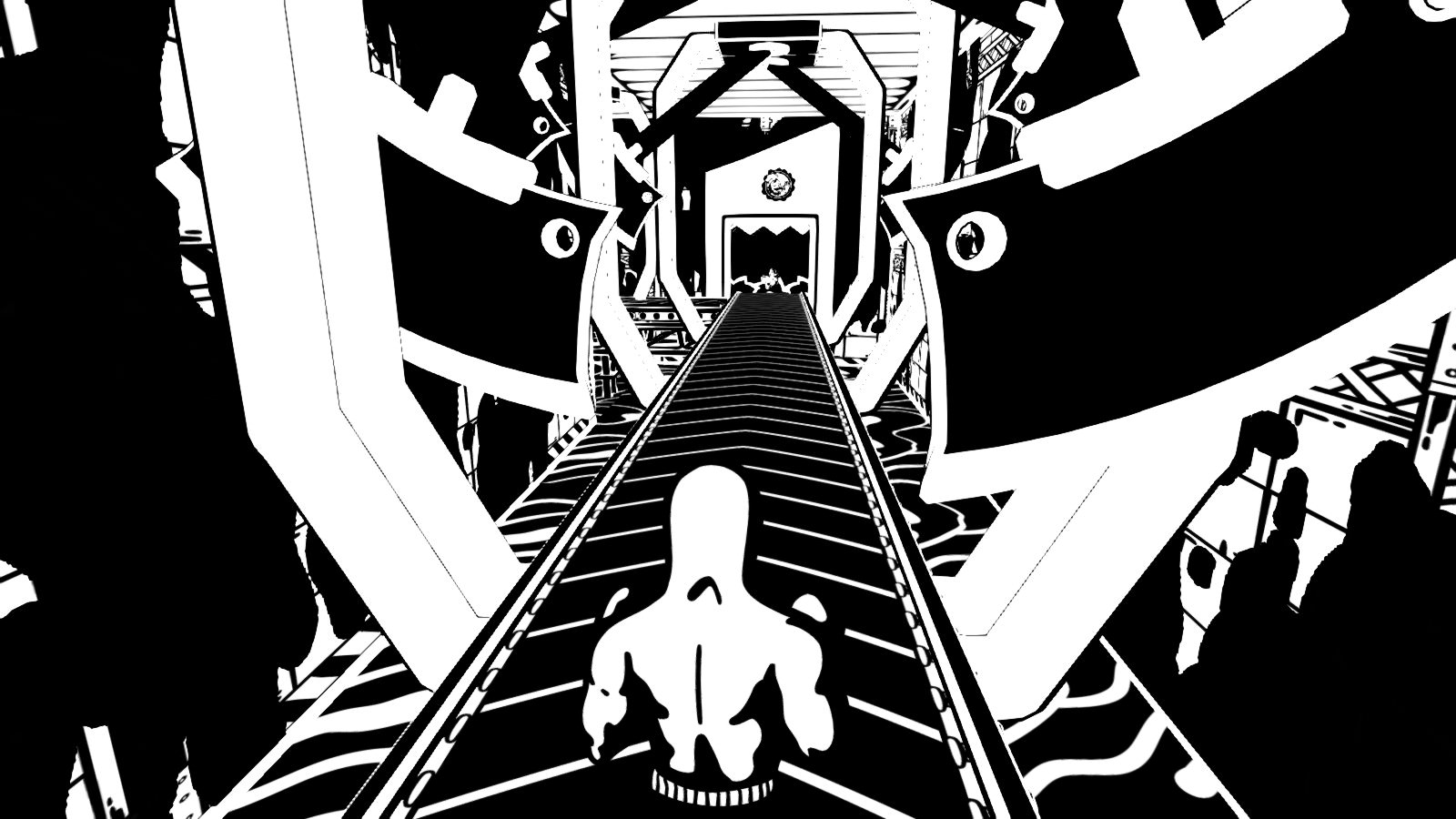 As you explore the level, you will also come across several documents. These could be something such as notes the floor’s boss wrote so you can get some more background on them, a newspaper that directly links to the floor (such as a food related news story in the Food Factory), or a hint towards the boss. You can also collect Patoken that is hidden throughout each floor, whether it be well hidden behind a corner or having to solve a puzzle to get to it.

Once you find the boss, you will finally be able to challenge them to a fight. Each boss has their own fighting style and gimmicks that you have to learn. Figure out what their tells and patterns are for each move and how to counter them. How long of a wind up do they have so that you don’t dodge too early and does it leave them wide open. There are three phases you need to get through before you defeat a boss, and each one will make their attacks faster and deadlier. Some bosses even saves certain attacks till you get past the first phase. 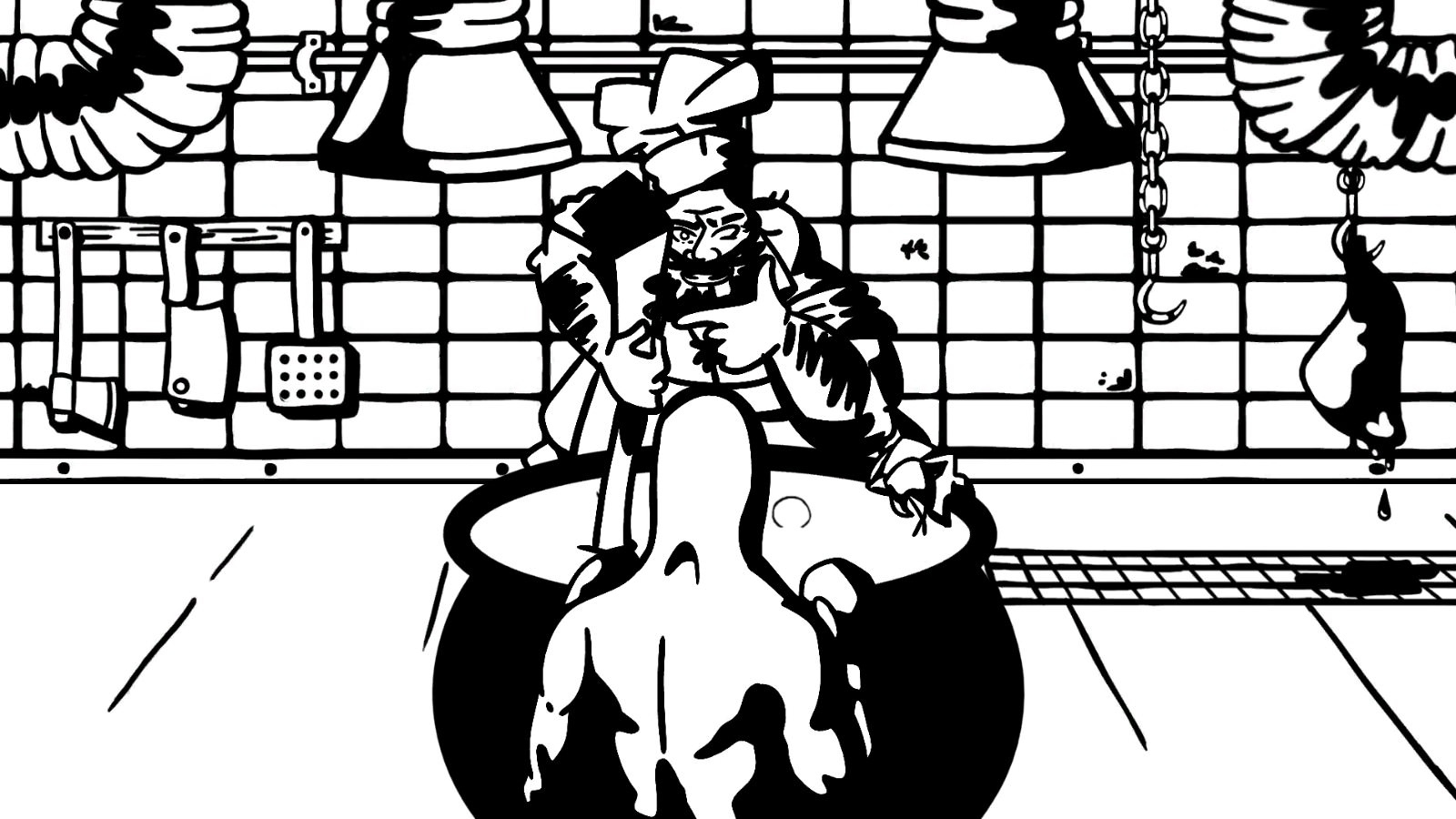 Patobox in comparison only has the classic jabs, blocking, and dodging moves under his belt. While it may seem a bit mundane, it works out so you can focus on dodging or blocking rather than trying to do a special attack.

Remember the hints I mentioned that can be found when exploring? Well, they explain some of the moves a boss will use and how you can tell when they’re going to use it. This may seem like it makes it easier, but it doesn’t. You still have to learn their tricks and get used to timing, not to mention that there are other attacks it doesn’t tell you about.

I do wish that your opponent showed signs of being beaten up though, instead of only signs telling you what phase you’re on. It might just be me wanting Kilpatrick’s smug face to be bruised up, but it would be helpful to know how far you are till the next phase. Patobox, in comparison, will visibly bruise as he takes more and more damage. If you take too much, Patobox will gasp for breath as a creeping darkness dances in your vision. Take another hit and you’re done for, but dodge attacks long enough and Patobox will get a second wind.

As Patobox doesn’t get anything special from defeating bosses, other than their emblem that will give you access to their room, you can mostly do them in any order. So if you get stuck, you can try fighting the next one or find any Patokens that you missed. If you want to, you can even go to their room and get a rematch. Of course, you can always go to arcade mode

The music perfectly compliments the game as you get a calm, but somber, background music as you explore to a ramped up beat that suits the boss you’re going against. Along with this, the sound effects are well done as you can clearly hear sound cues and put more oomph to both your and your opponent’s hits. The art style puts you right into a comic book with the heavy black and white color scheme. Every character and background looks great in this style. The only downside is that the perspective can be a little weird at times, but it doesn’t negatively affect the adventure segments and will just mostly bug you. The Food Factory was the only area that it was a problem for me since I just couldn’t tell how close I was to a saw unless I went by just the sound.

Pato Box is a wonderfully fun fighting game that proudly shows it’s Punch Out inspirations. The art style instantly grabs your attention, if the duck head didn’t already, while the music and sound effects easily enhances the experience. While I do see how the adventure segments can be tedious, as Patobox can’t walk faster and some may want to skip right to the fights, it’s at least crafted to fit the area and each aim to bring a different experience. Rest assured, the fighting segments shines through and won’t disappoint anyone going in.

Overall, if you liked Punch Out (or fighting games akin to it) and don’t mind exploring between fights, this will totally be up your alley.