All-Star Fruit Racing is a good-looking racing game with smooth, but ultimately shallow and generic gameplay.

You probably played several racing games already and this one is no different: your goal is to finish the race faster than your opponents. There are multiple modes available, but none of them really bring anything new to the table.

At first, this game looks really good and I was genuinely surprised just how bright and colorful everything was. Combining racing and fruit is a truly unique idea and it is certainly visually appealing, if nothing else.

Before you start playing, you are given the option to start the tutorial. It consists of multiple levels, each teaching you about different mechanics of the game. Some of them you are already familiar with (steering is something you probably already learned from other racing games) and some of them you are not (there is a special power-ups system, more on that later). The tutorial is quite detailed and takes surprisingly long, but you do leave it well-prepared for challenges that you will face in the actual gameplay. 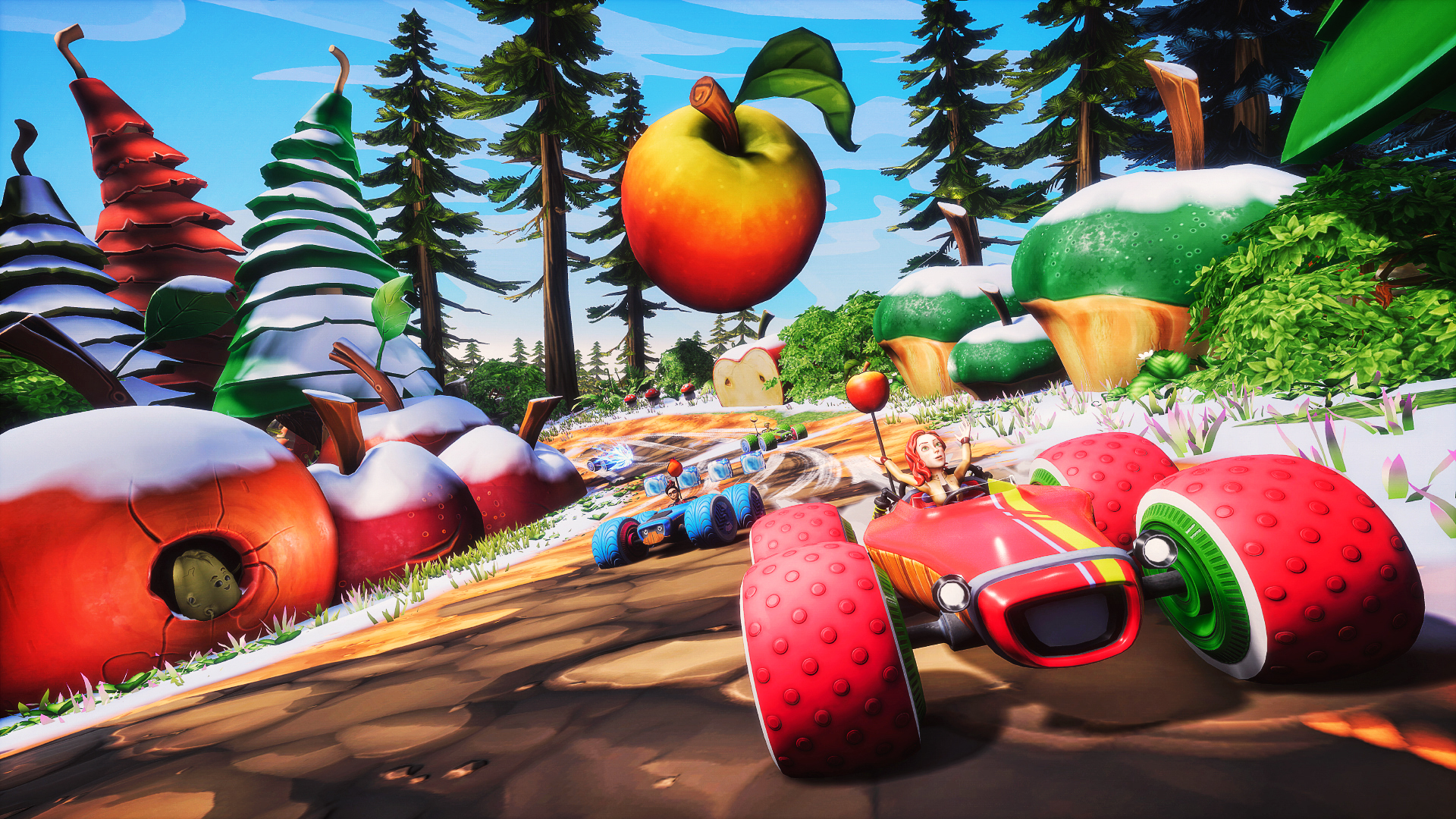 There are multiple modes in the game, but probably the most interesting one is the Career Mode. There are almost ten cups to win and for each one you need to win three of four races.

The races are, at least in my experience, not very exciting. I usually needed about half a minute to take the lead and after that happened, I was usually just bored until the end of the race which I almost always won. If I somehow failed to take the lead early in the race, only then was there a chance to actually race against the other racers.

While you race, you can pick up four different kinds of fruit. Once you collect enough of each fruit, you can activate a power-up. If you collect enough of multiple fruits before activating, you can create power-up combos. All four fruit together combine into a powerful homing rocket. Those power-ups seem interesting enough at first, but I never got a feeling like they helped me a lot, especially if you’re in the lead all the time. 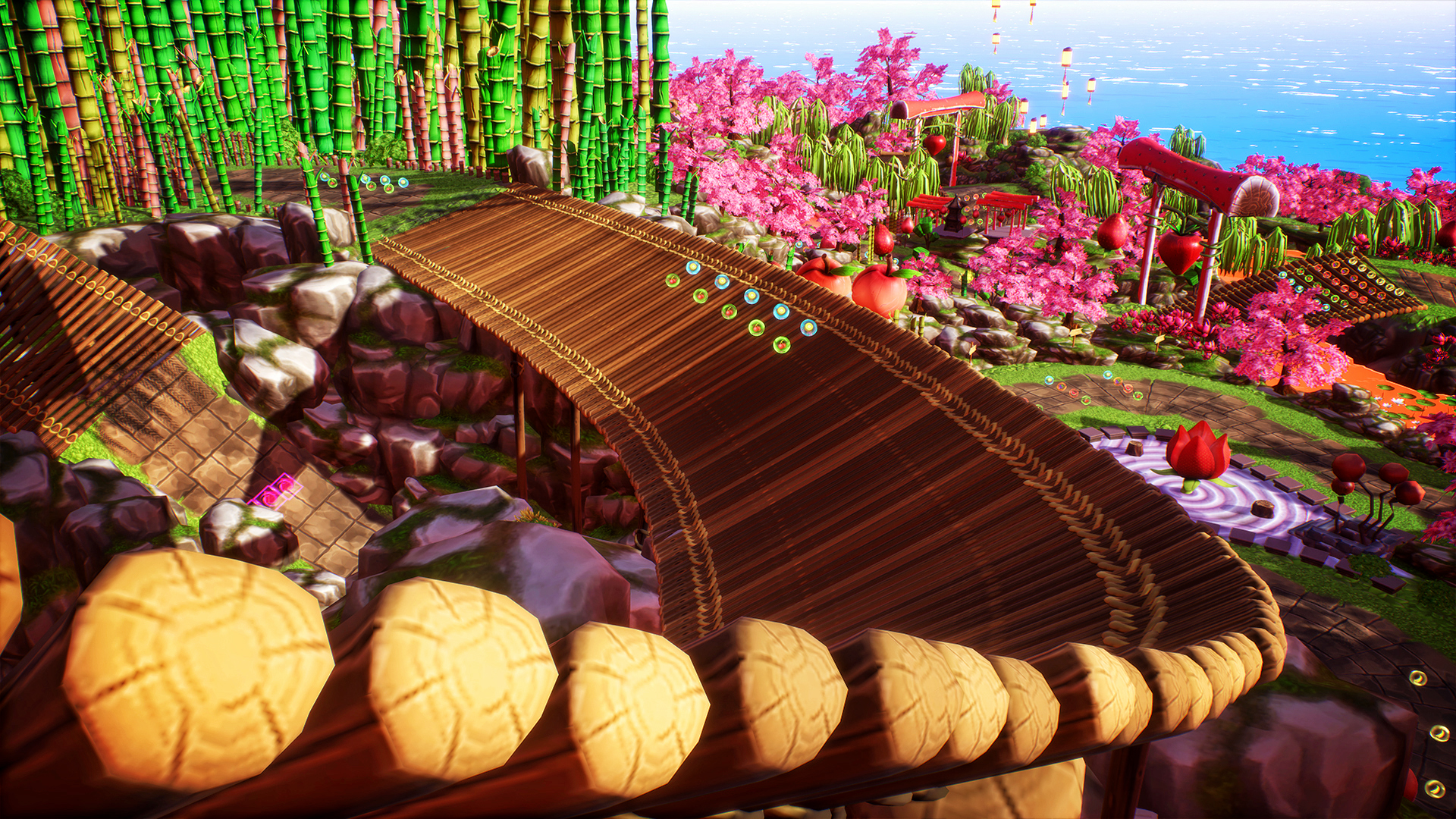 There are five different worlds included in the game and 21 courses span across them. The courses are not bad – some of them are somewhat challenging and some jumps were quite entertaining, too. I really like how diverse maps are. All four seasons of the year are represented in the levels, which helps to entertain the player for some more time.

Apart from the Career mode, you can also create custom Championships. This way, you can choose the difficulty, maps, and game modes yourself. Game modes include Time Attack and Elimination Mode among others.

Multiplayer is also supported, but I never found any players online to play against, sadly. You can, however, enjoy with multiplayer locally in the split screen mode. Completing cups and things like that will also earn you Steam achievements. 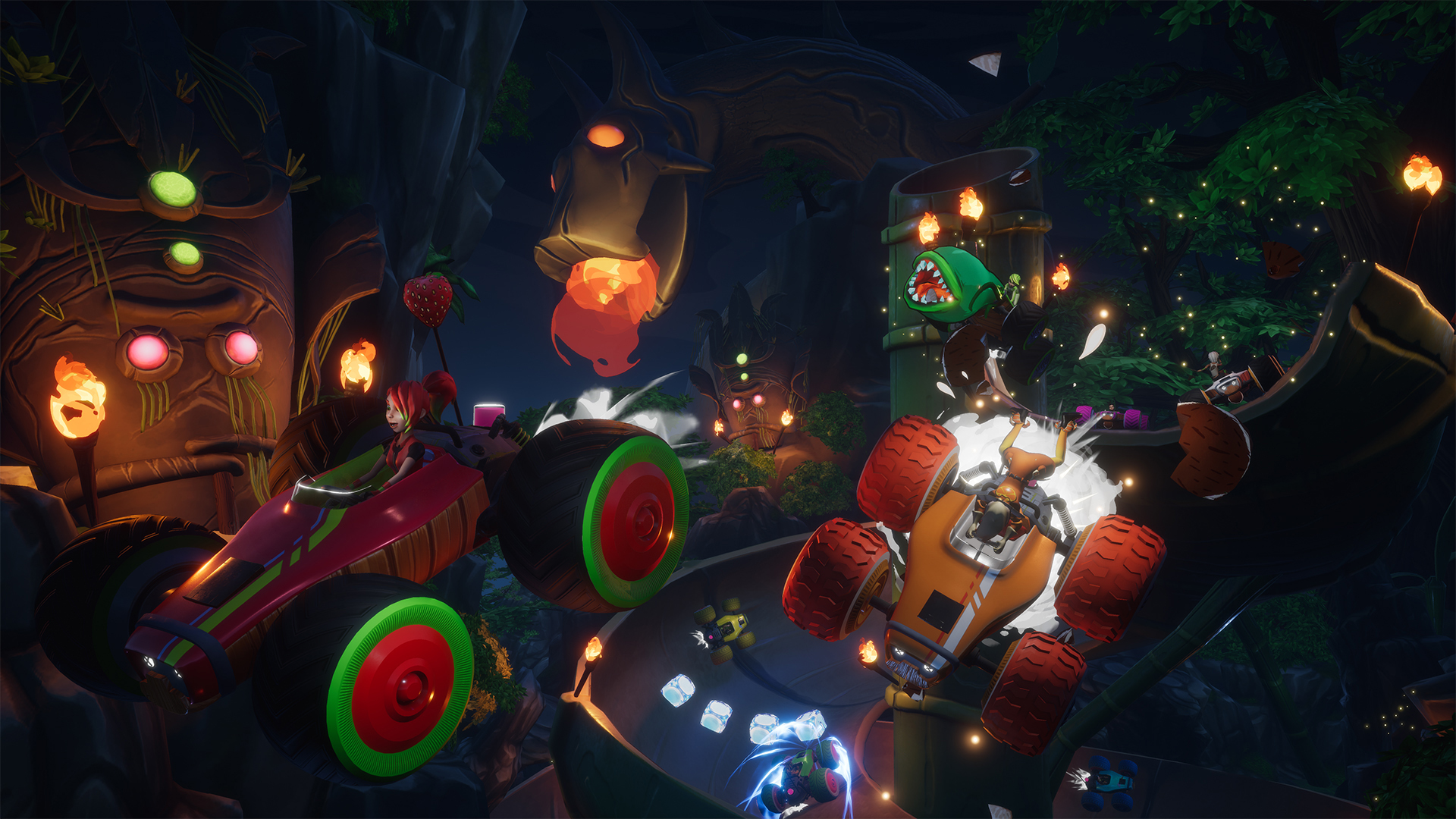 Overall, I was somewhat entertained while playing this game, but it was really nothing special. The game has surprisingly well drawn models and 3D graphics with color and depth, and I enjoyed the variety and design of the maps, but the gameplay posed no real challenge. Although you are able to modify your car, this doesn’t really make any difference. There are different modes included, but after a while, All-Star Fruit Racing feels empty and repetitive.