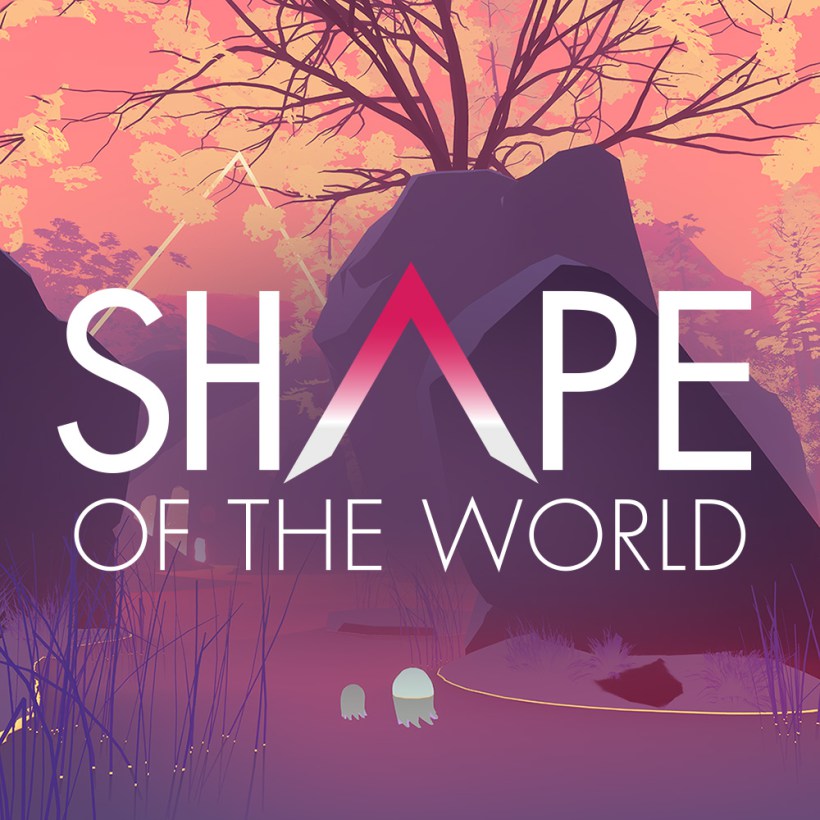 REVIEW: Shape of the World

Shape of the World is a delightful surreal world which shifts and bends as you explore it.

Shape of the World a relaxing and surreal walking simulator. I have tried quite a few of these, but none really stuck with me as I would get bored within less than five minutes. Usually, these games are pretty, or at least have a minimalist aesthetic but with lots of colors and shapes. The problem is, they are usually very static, they lack something gamier to keep engaged with the world, and finally, they are awfully slow. Surprisingly, Shape of the World managed to catch my attention from start to finish.

There is a big red triangular symbol looming on the screen. This is the objective marker, the exit, the switch to trigger progress. Thus, the goal is very simple: the player has to navigate from triangle to triangle by walking from A to B. However, the path does not always exist and the level gradually grows around the player to create a new path. Each triangle touched rewards progress by dynamically transforming the level and its colors in a smooth and mesmerizing transition. Despite how beautiful it looks, that is certainly not enough to elect this game as an enjoyable experience. I will need to delve more into the game design to understand why this one succeeds where others failed. 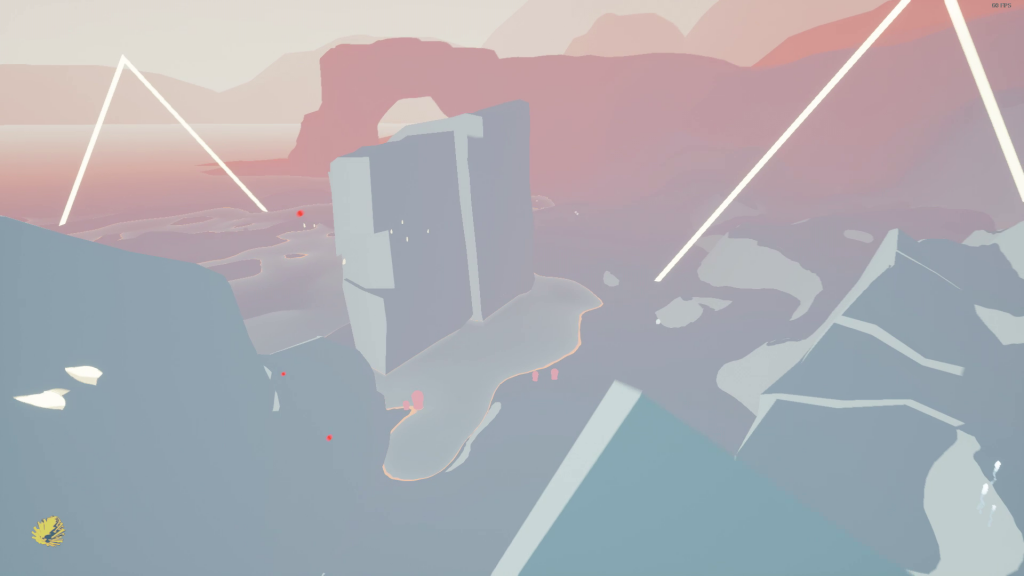 Shape of the World fixes the speed issue surprisingly, by using the vegetation as a tool. Trees act as a speed boost when clicking on them, and more can be seeded on the path so it’s not limited to just those that were already growing there. There are also lots of bumper thingies for high jumps, and towards the end, you can just click on some structures to leap huge distances toward them. Thus, even though the game is relaxing, it’s not necessarily slow and boring as you are constantly invited to manage your trajectory. Additionally, the feeling is very tactile with the left click of the mouse almost constantly put to contribution; it feels great to interact with the world rather than just observe it. 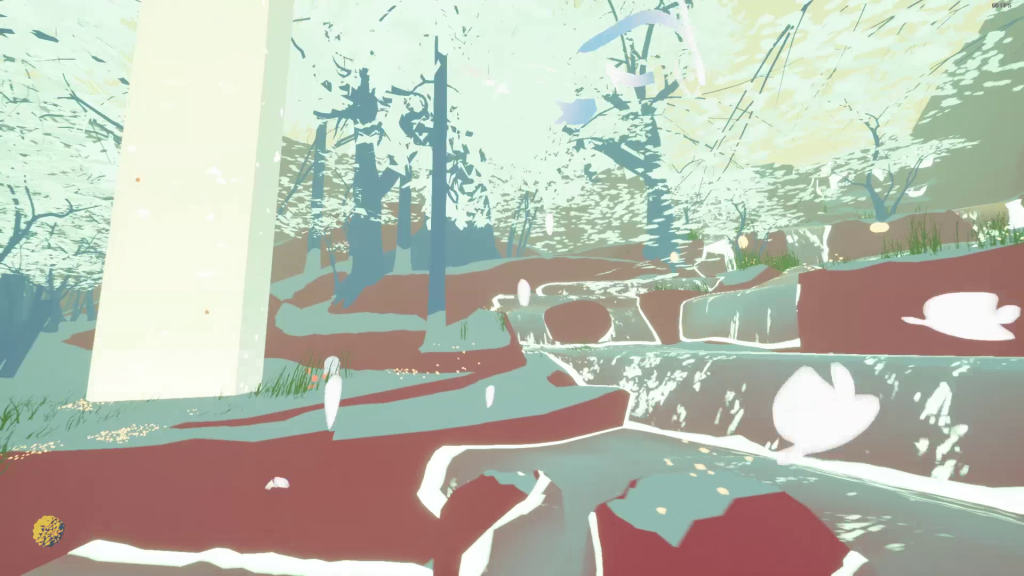 Furthermore, as I mentioned before, the background seems alive and keeps growing everywhere around the player. I love when games do that. New colors keep appearing, and at times to times, there are new creatures or new sights. It helps prevent repetition from setting in. 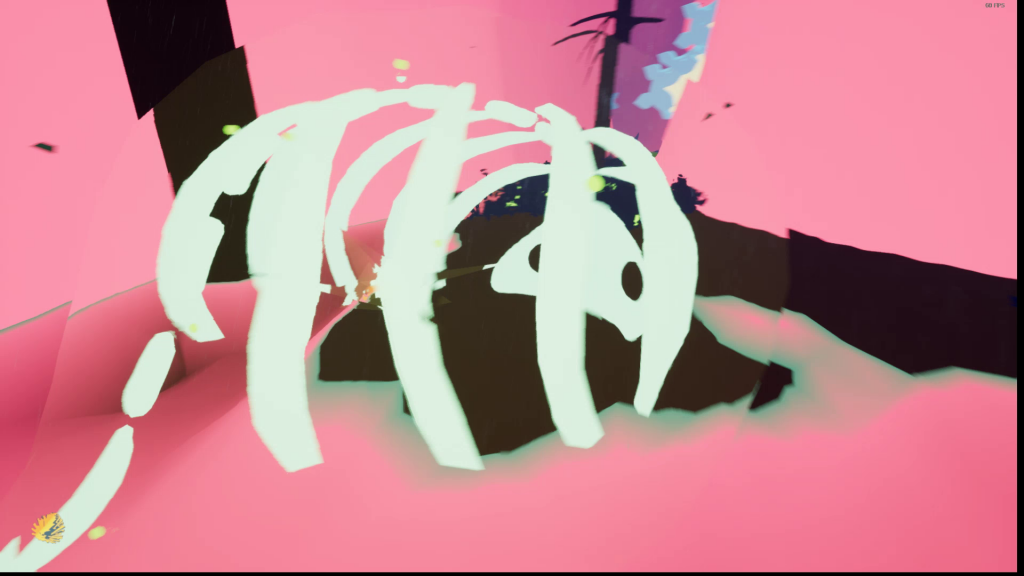 Lastly, and this is the greatest achievement here, the game gives a sensation of freedom while subtly guiding the player. The areas seem large, but in the end, they are not that big because from the moment the player wanders too far, big walls grow to gently remind you to go back towards the center. This happens when you are attempting to deliberately fight the flow, because instinctively you will find yourself aiming naturally towards the areas that triggers progress in the game. This directed instinct is calibrated by the layout of the level and the mountains, then crystallized by the colors, shapes, and lights that attract the eye. We are like a moth flying towards the flame. And to crown it all, there are several triggers or exits per level, which means that even if you deviate from your trajectory you are very likely to end up going towards another area of interest. This all results in the player feeling free to explore while progressing in a very organic manner, whereas if level design was badly done then it would feel frustrating to go in circles without knowing where to go next. Towards the end of the game, the challenge is slightly increased and players have to use what they learned previously, but nothing too difficult.

The game runs like a charm on Unreal Engine 4. Things like FOV and motion blur can be changed in the settings. There is a variety in the music, and it accompanies the pictures on display perfectly well. 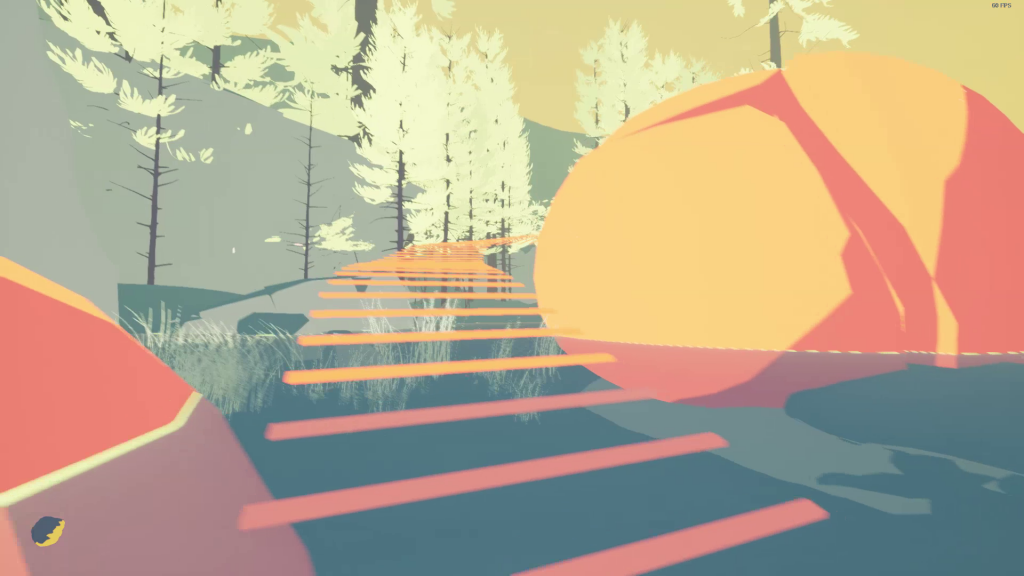 This is a short experience, about one and a half hours, but it is a very enjoyable and relaxing game while haing just the right amount of mental and visual stimulation so as not to feel bored. I had a delightful time with this festival of colors, and all these transformations are hypnotic. If that sounds interesting to you, the game can be found at about 13 dollars, but if you are not certain that it’s your thing then you should wait for a sale.