Slasher’s Keep is a very interesting roguelike game with optional permadeath, solid and meaty melee combat, a unique art style, and abundant variety, It is surely a game that will delight enthusiasts of dungeon crawlers and first person combat games alike.

Slasher’s Keep is a first person action roguelite focused on melee combat and dungeon exploration. Confined to rot in a cell deep in the bowels of Slasher’s Keep, you suddenly find a chance to escape your destiny, take it, and escape to the top of the dungeon to run away. In this perilous journey you will have to fight dangerous monsters of all sorts: undeads, giant molerats, slimes, and animated skulls to name only a few. You will need to level up your character, search for new and powerful weapons and items to equip, and explore vast dungeons full of traps and secrets, all in a melee-oriented, brutally violent timing based combat style that is easy to learn but hard to master.  With procedural dungeons, loot creation, roguelite elements, optional permadeath, and varied enemies, Slasher’s Keep is alread a solid game in the roguelike/lite genre. 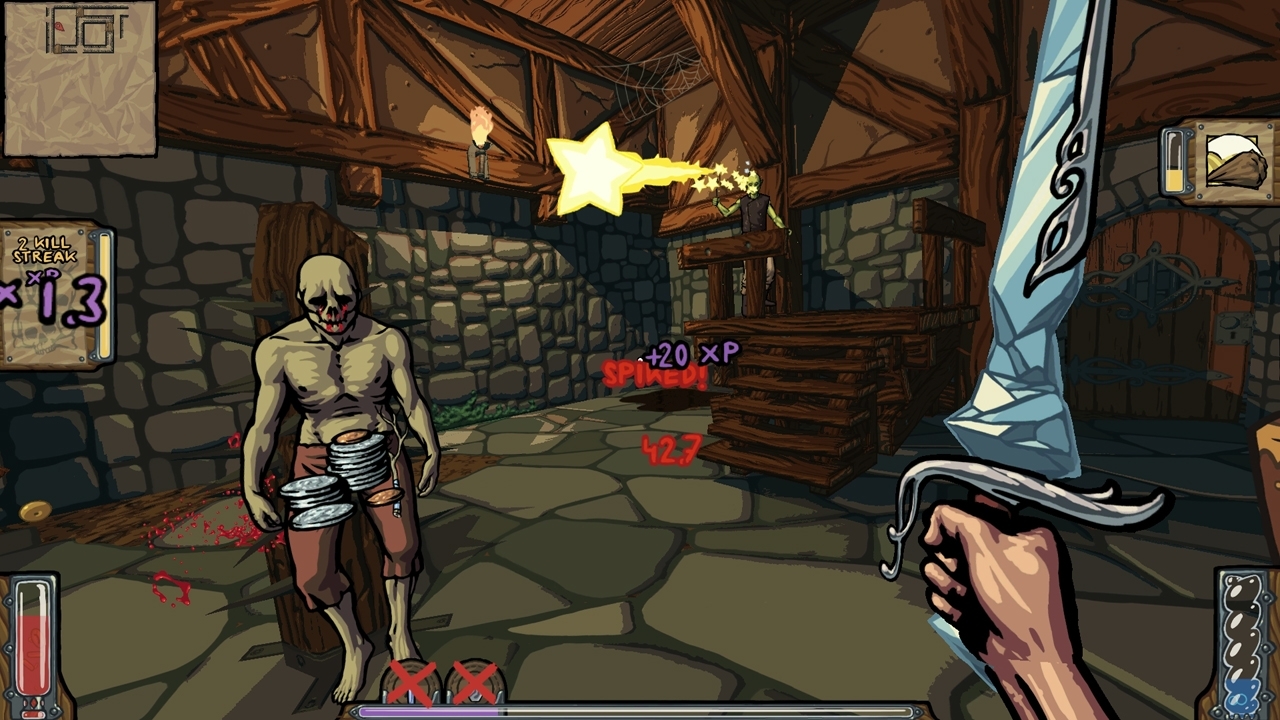 General Gameplay
Slasher’s Keep gameplay focuses mainly on combat, exploration and resource management, as any good roguelike should. I will talk about combat in the next section. For exploration, each level of the dungeon is procedurally generated with different patterns each time, and filled with secret rooms, hidden panels, traps, traders, bonus encounters and more, so variety is guaranteed as no two floors will ever be the same. This of course partially ties the progression to luck, as an unlucky floor generation with only a few positive things and many traps with negative encounters will make your escape a lot harder, including the strong possibility of death. Such is the nature of roguelike games in the end, so no big deal.

Permadeath is optional in this game, and if not enabled, when your HP reaches zero you will be dragged back in your cell on Floor 10 losing all your items, part of your money, and some of your attributes gained by leveling. Of course, you will have to traverse all the Keep again. Some items can be retained through death by using Item Chutes, special objects that appear randomly on floors from time to time, allowing you to send any item to your cell, ready to be used immediately in case of defeat and return to the cell.

Item generation is procedural and items each have different speed values, armor, damage values, damage types such as slash, blunt, magical, etc. – and special attributes that confer your character unique bonuses, such as life steal on attack, bonus damage against certain enemies, or more attack speed. Items can also be crafted at Forges if you are lucky enough to find them.  During your escape you will find all sorts of item parts, and at a forge you can combine them together to craft powerful custom gear that best suits your character.

Character progression consists of a rather simple level-up system giving you four attribute points to spend on Intelligence, Strength or Dexterity,. To receive the relative bonuses to each attribute, it will be up to you how to manage them and decide either to go for a pure, single-attribute class or a mixed jack of all trades attribute set, depending on your play style. Performing chain kills in a short amount of time boosts experience gained, so the game rewards bold, quick moves against multiple enemies, but being too reckless will result in quick death.

As in any roguelite, resource management is important, as your inventory space is limited and each floor contains abundant items and resources to be gained. It will be up to you to decide what to keep, what to sell, and what to send to your cell to plan in advance for your very likely next defeat. Decisions, decisions. 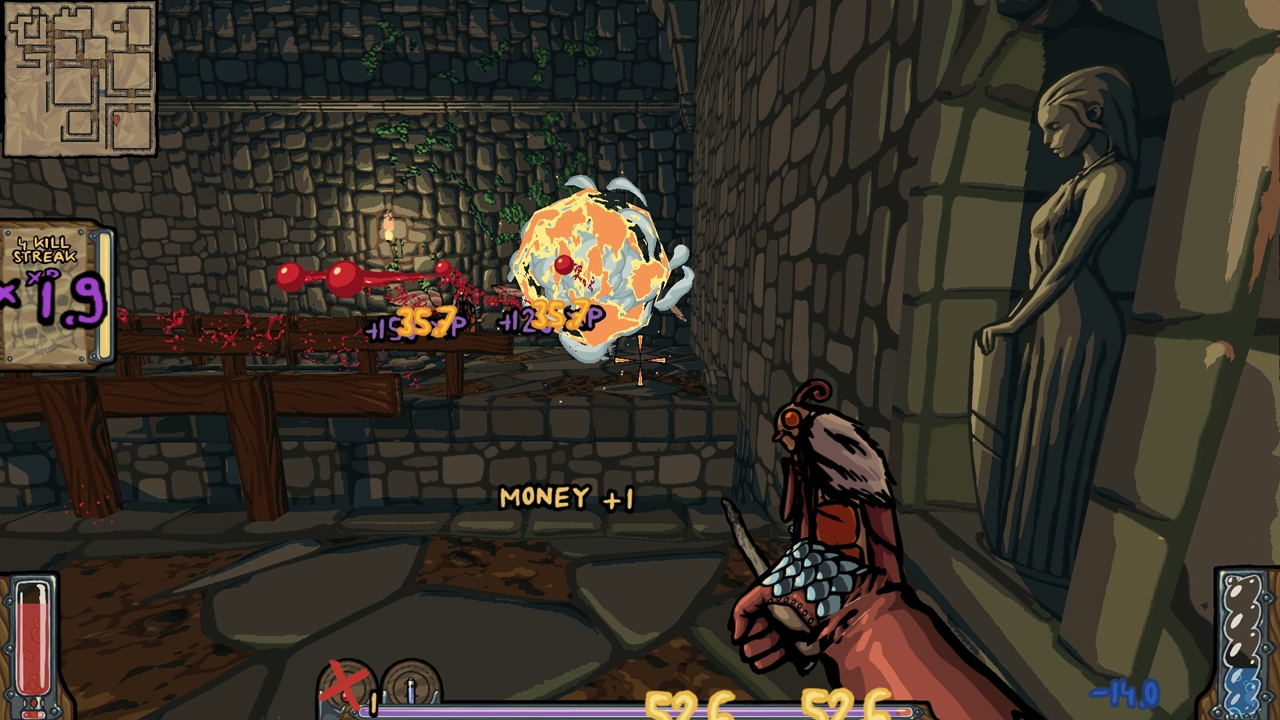 Combat System
Combat in Slasher’s Keep is mainly focused on Melee even if there are ranged weapons such as magical wands. Clicking the left mouse will perform attacks continuously, while holding it will perform a much more powerful charged attack, of which you can also decide the direction by combining WASD+Click. Right click is for parrying. This is certainly not a button-mashing type of combat, as timing for when to parry and when to attack will be fundamental to win in combat. Enemies are vicious and will wait for you to charge attacks to strike on their own, exploit your weaknesses, and work together.  For example, support enemies will heal and buff melee ones that will charge at you in the meantime.

You have a magical wand at your disposal, your ranged weapon, costing Mana to be fired, along with your loot sack, usable each set amount of time as a powerful interrupting weapon, useful to push enemies inside traps, spikes, or cliffs. Understanding the usage of all these weapons takes time and practice and is easy at first but then becomes more complex and tactical.

Balancing
The game is difficult, but fair, I did not see any particular lack of balance.

Challenge
The amount of challenge starts off quite nicely but then the difficulty suddenly becomes much more serious after a few floors are cleared. It is a good challenge overall. 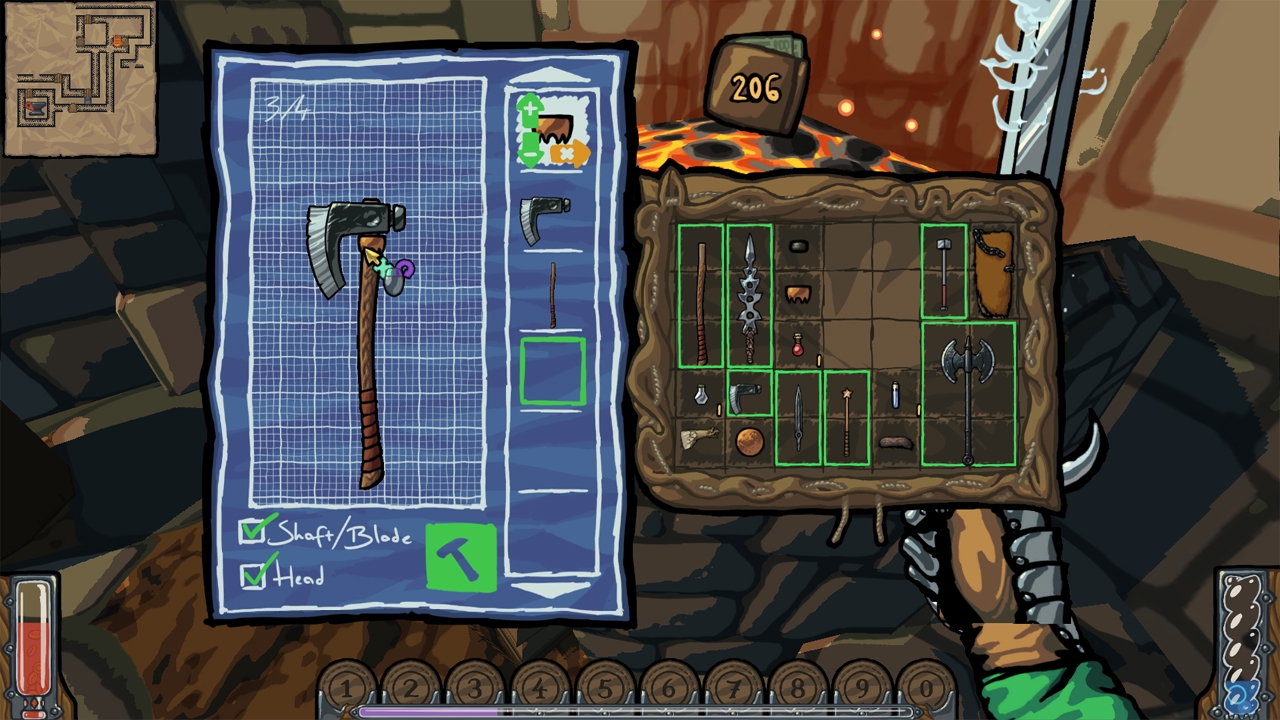 Graphics
With a very original art style, this game totally conveys a brutal, dark fantasy world in an unique way.  It’s all done rather well and I completely fell in love to this graphical style that so few games of this type use nowadays (cell shading).  It is the right point between a comic book and a 3D game.

Sound
The weapon sounds are good, impacts are as well, and the effects are of average quality.

AI
The enemy AI is vicious, waiting for openings in your guard, collaborating to  surround you, and in general give you a hard time in your escape. 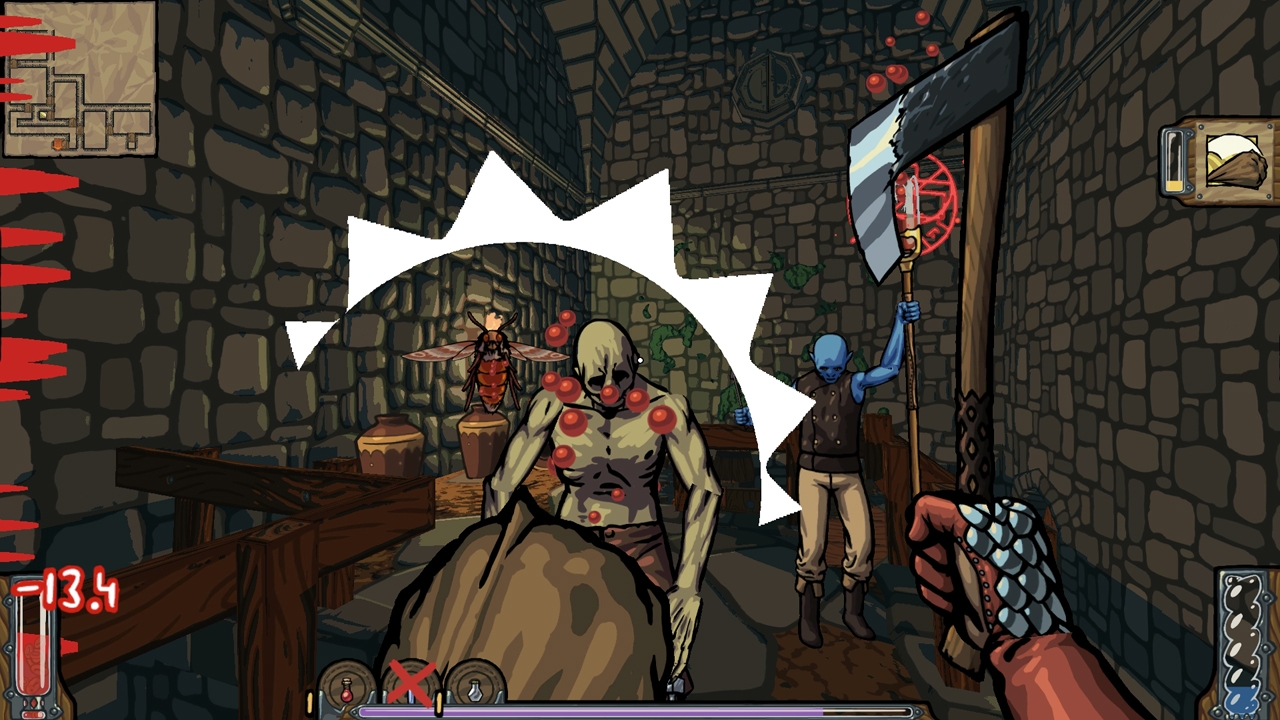 Slasher’s Keep is a solid roguelite game with good melee combat, satisfying progression, challenging enemies, and a lot of variety. I’m really waiting for it to come out of Early Access and see how much better it can become.