Troubleshooter is a futuristic turn based tactical rpg set in an original but quite dull universe. It shines in some aspects regarding combat and character development, but falls short technically and story-wise. It is still a decent game that I would suggest keeping an eye on.

Troubleshooter is a turn-based tactical RPG in which we will impersonate Albus, a young man with a solitary mission to become one among many Troubleshooters, a paramilitary force created after a certain event to assist law enforcement in stopping crime waves.  In this dystopic, futuristic world citizens are heavily monitored and not allowed to travel between cities without permission and valid reasons. In this title, you will have to create your very own Troubleshooter agency, starting from scratch, organize your teams, equip them, evolve your heroes, and more. This game is still in early access and has its share of problems as you will see, but shows promise nonetheless. 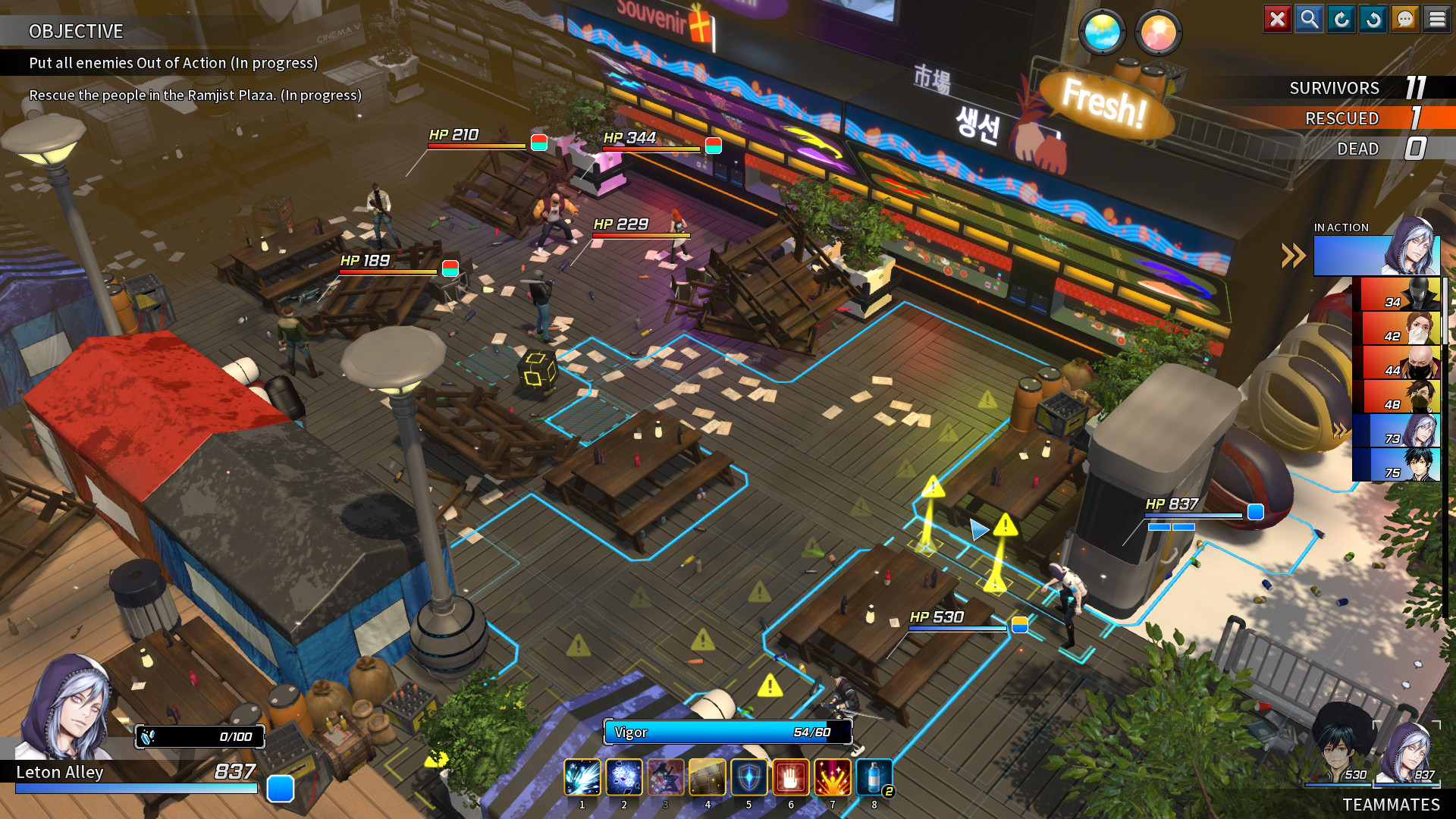 General Gameplay
The core part of Troubleshooter‘s gameplay is the combat, which is turn-based and I will discuss more about it in the Combat section of the review. Other than combat there is of course the management of your character, which involves equipping different gear (Divided into Weapon, Vest, Wirstguard, Boots, and two Accessory slots) to have better defense and bonuses as well as managing Masteries and Abilities.

Masteries are one of the peculiar mechanics this game is about. These are abilities you can actually drop from some defeated enemies, however, some others are granted in character creation from start. Each have different effects, and can be equipped in the appropriate Category.  There are defensive, offensive, support and more types of Masteries to customize your class to suit your playstyle. Abilities on the ohter hand are mostly Active Skills that are activated at will and have a cooldown time, just as in any other RPG.  Some are single target, and some others have an area of effect.

The story evolves through scenarios the player will have to overcome by using Albus and his other Troubleshooters strategically.  This involves creating a balanced well made team with Support units, Attack units, Tank units, and so on to overcome difficult battles.

The gameplay also features some different scenarios. For example, when Albus is in his flat and has to pack up for moving, where you have to interact with the scenery and do activities almost in a visual novel-ish style, is a bit different from a traditional RPG which is a nice change of pace that adds some variety to the game. 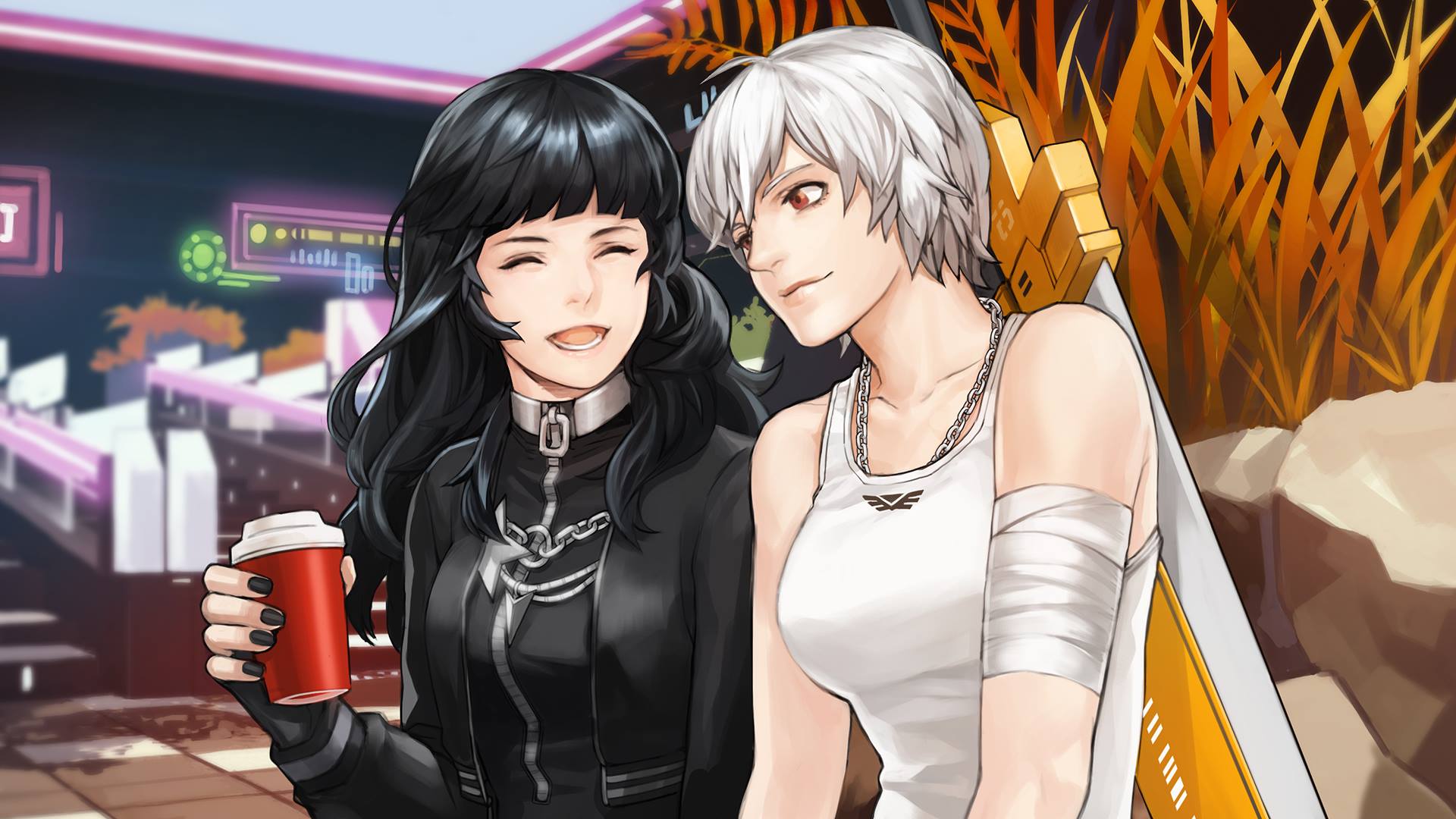 Combat System
Combat in Troubleshooter is turn-based, and uses a classic Action point system with 1 AP for movement and 1 AP for combat (convertible in another Movement AP when needed). Each character has a set of active and passive Skills and Maestries that define its role on the field. You will not always be in Combat, as in many situations the game will allow you to get on the battlefield undetected and then choose which enemy to engage by positioning your units around without getting spotted. When combat starts all enemy units will rush to cover, as the game features a two-stage cover system, Half Cover and Full Cover, that reduces damage taken from the cover direction by a certain amount. However, allied units will not do the same, for some reason, and you will have to spend at least one turn getting in cover at battle start if you did not do it before triggering the fight.

Each scenario has specific Victory and Defeat conditions that must be respected, they can be not allowing a character to be KO’d, defending a structure, escorting civilians to a point, or defeating a certain enemy  set time.

As far as Depth goes, the combat features specific elemental resistances types, critical hits, counter attacks, and blocking chances, so there is a certain degree of depth and variables to consider in each fight. Also, many Active skills have secondary effects that can be used to make powerful combinations in the hands of the wiser players.

In many aspects, the combat of this game reminded me of the XCOM series as far as the setting goes, which is not a bad thing.

Balancing
Honestly, I did feel like Melee type classes are underpowered compared to ranged ones, as they are not tanky enough to really compensate for the lack of a ranged weapon. Other than this I did not notice any major unbalance.

Challenge
At the highest difficulty this game will put you into some difficult scenarios to overcome, especially because of the conditions you will find youself in. There is one particular scenario where you only will have two Melee characters against a whole horde of ranged and melee bandits and that was a nightmare of a scenario, let me tell you. 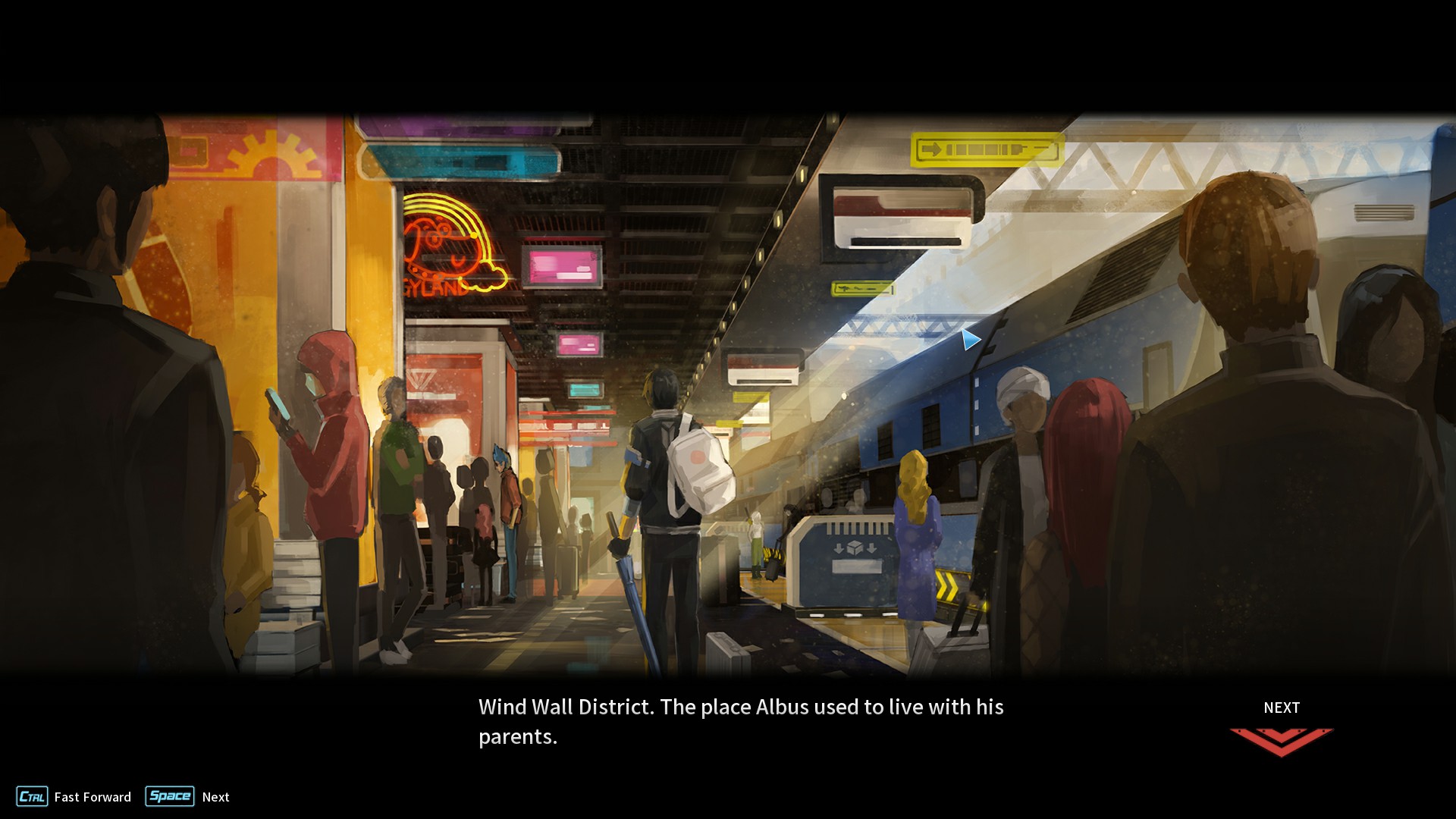 Graphics
The graphics are sufficent enough, models are decent and so are textures and meshes. Visually the game is not stellar, but is not terrible either. The hand drawn cutscene frames and art are pretty good. There is an absence of advanced visual effects like dyanic shadows, advanced shaders, screenspace relflections and so on, so don’t expect top tier modern graphics.

Sound
I found the soundtrack to be nice but a bit anonymous, it does not give out that vibe it should. Sound effects are just generic and did not impress particularly.

Performance
This game currently has performance issues especially in larger maps. Even on an high-end machine there have been great performance issues withframerates dropping to below 30 FPS at 1080p for no apparent reason. Optimization and performance fixes are sure to be one of the top priorities as this is the main issue with the game at the moment.

AI
The Enemy AI is quite good, they will flank you, get to cover in the right directions, use abilities intelligently. It is a good effort in making a respectable AI system that works pretty good and gives a challenge.

Quality of Life
I felt the Menus and UI are OK and I did not find any particular issue here.

Bugs / Issues
Expect bugs and errors since it is still an early access game, that should be clear. There are no major ones that I found. 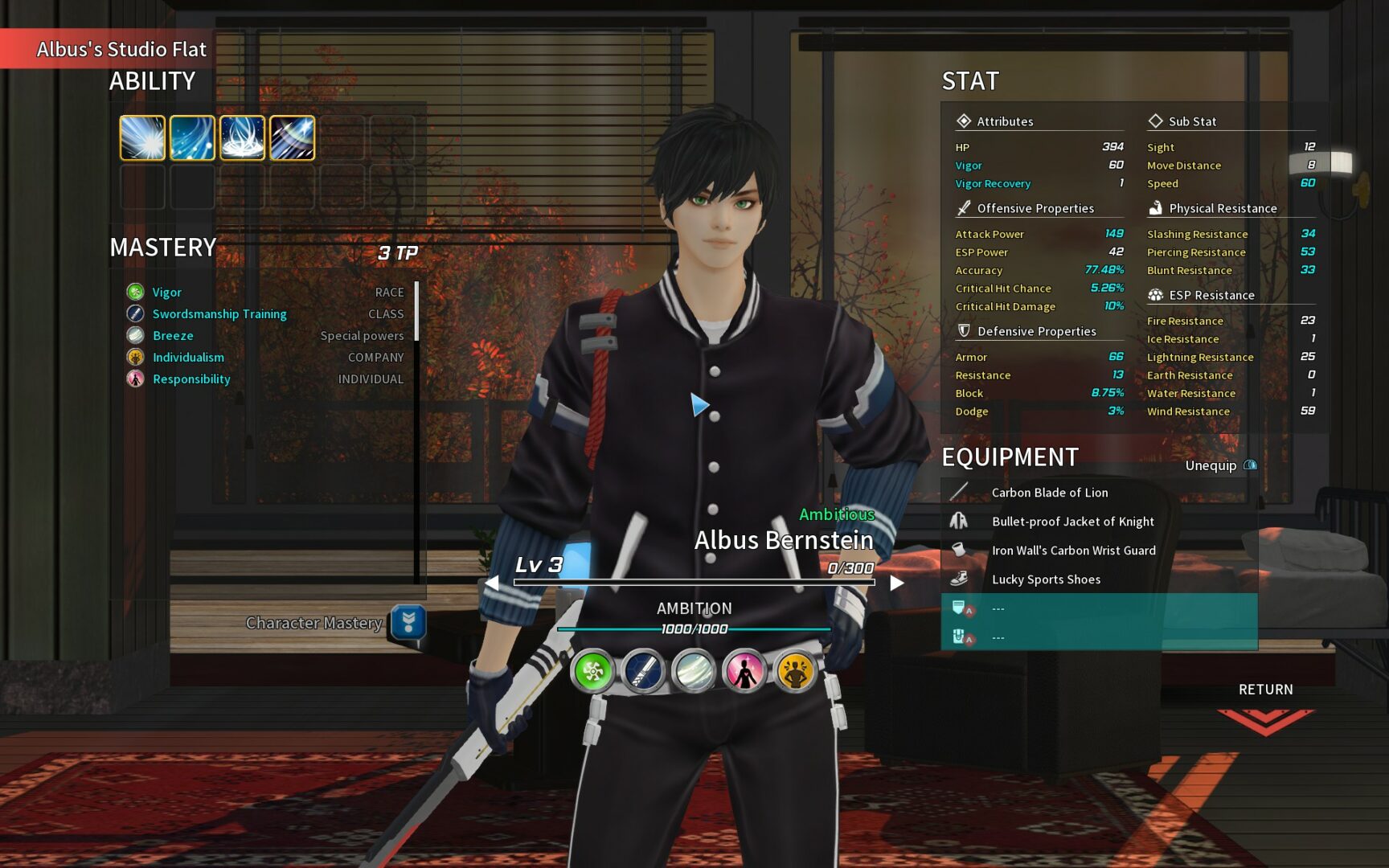 Troubleshooter is quite a decent turn based tactical RPG that shows promise but falls short on technical issues and has both an anonymous setting and cast of characters. Still, it is a game to keep your eyes on as it has good potenial to become much better as it develops.