Fatal Twelve is the latest anime visual novel published by Sekai Project. Full of hate, betrayal, intrigue … and love, VNs like this don’t come along often.

Fatal Twelve tells the story of Rinka, a girl who’s claim to fame seems to be her multi-coloured hair, which, in a proper school like the exclusive Amecha Girls’ University High School, is enough to put her outside the consideration of most of her peers.

One day after school Rinka is in a Tokyo Underground station waiting for a train home with her friend, Naomi. After a chance encounter with a strange girl, the two friends board their train. As they’re settling in for the crowded ride, Rinka catches site of the strange girl they encountered at the station, only — what’s that in the girl’s open bag? A bomb!

Rinka can think of nothing to do except dive in front of Naomi to try to shield her from the blast. As the bomb explodes the train is thrown into chaos and the blast hits Rinka with full force. Rinka feels her life fading away … .

Fate throws Rinka into a twisted competition with 11 other people who died at the same time, but only one of them will survive. Will Rinka make it through the Divine Selection?

Fatal Twelve is presented much like any other recent visual novel: as a series scenes, each made up of still background art, simply animated two-dimensional “paper doll” character portraits drawn at various positions over the top, and a semi-transparent text box on which the visual novel text is displayed.

The interface, too, is exactly as you’d expect from the genre, with auto-text, skip, and manual text progression features, as well as a menu with saving and loading and a number of volume and text speed options. It all works well, with the generous save slots and high-speed skip feature being particularly useful for experiencing each of the branching paths, but one thing that seemed to be missing was a text history feature, so if you accidentally click and skip a line of text then you can’t go back to see it. 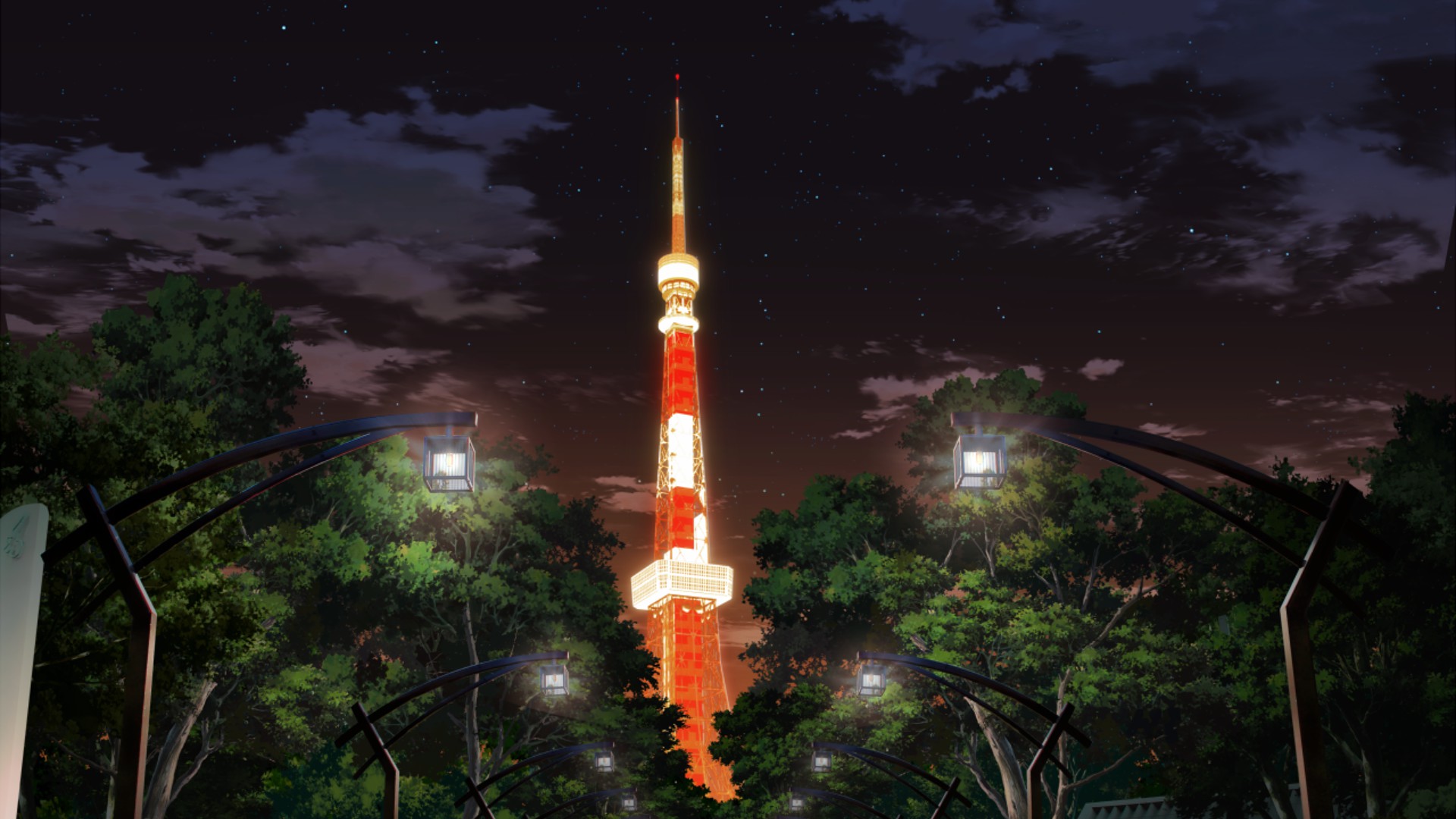 The background art is very good, though given the limited locations visited throughout the story there’s inevitably a lot of art re use. The artists have done a great job of portraying locations at different times of day and even different weather conditions in some cases, though. Characters are fairly typical for the genre. They’re well drawn and recognisable, but I was a little disappointed with the lack of animations and embellishments. 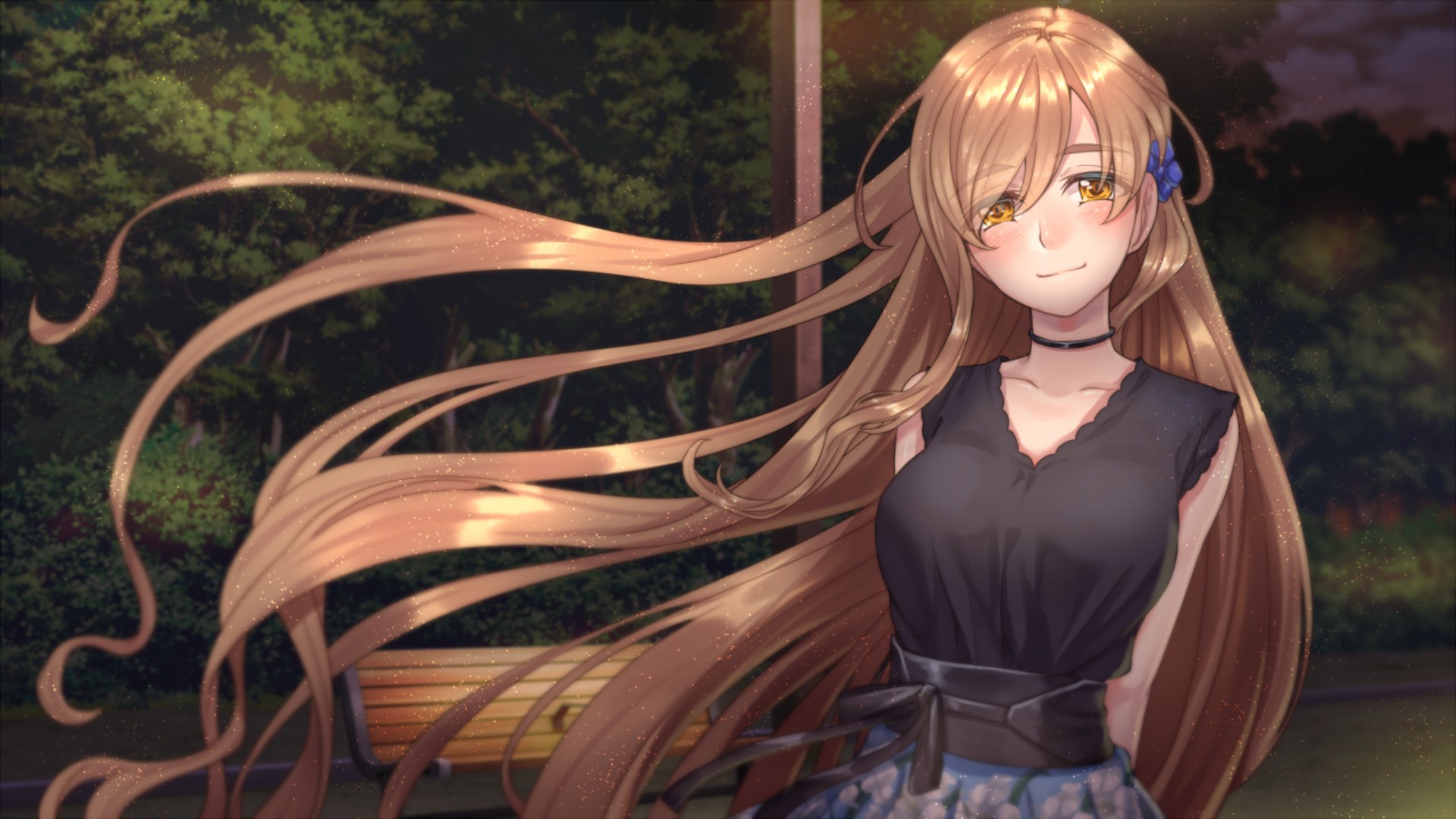 One complaint I often have with visual novels is that the prose doesn’t always match the art, and I’m sad to say that Fatal Twelve is no exception. Places described as crowded are devoid of all but the key characters, facial expressions of those characters change very little, and there’s mostly a lack of modifications to their standard portraits even when the text would have it so, such as a character being hit in the face, but his image continuing to smile away, uninjured. 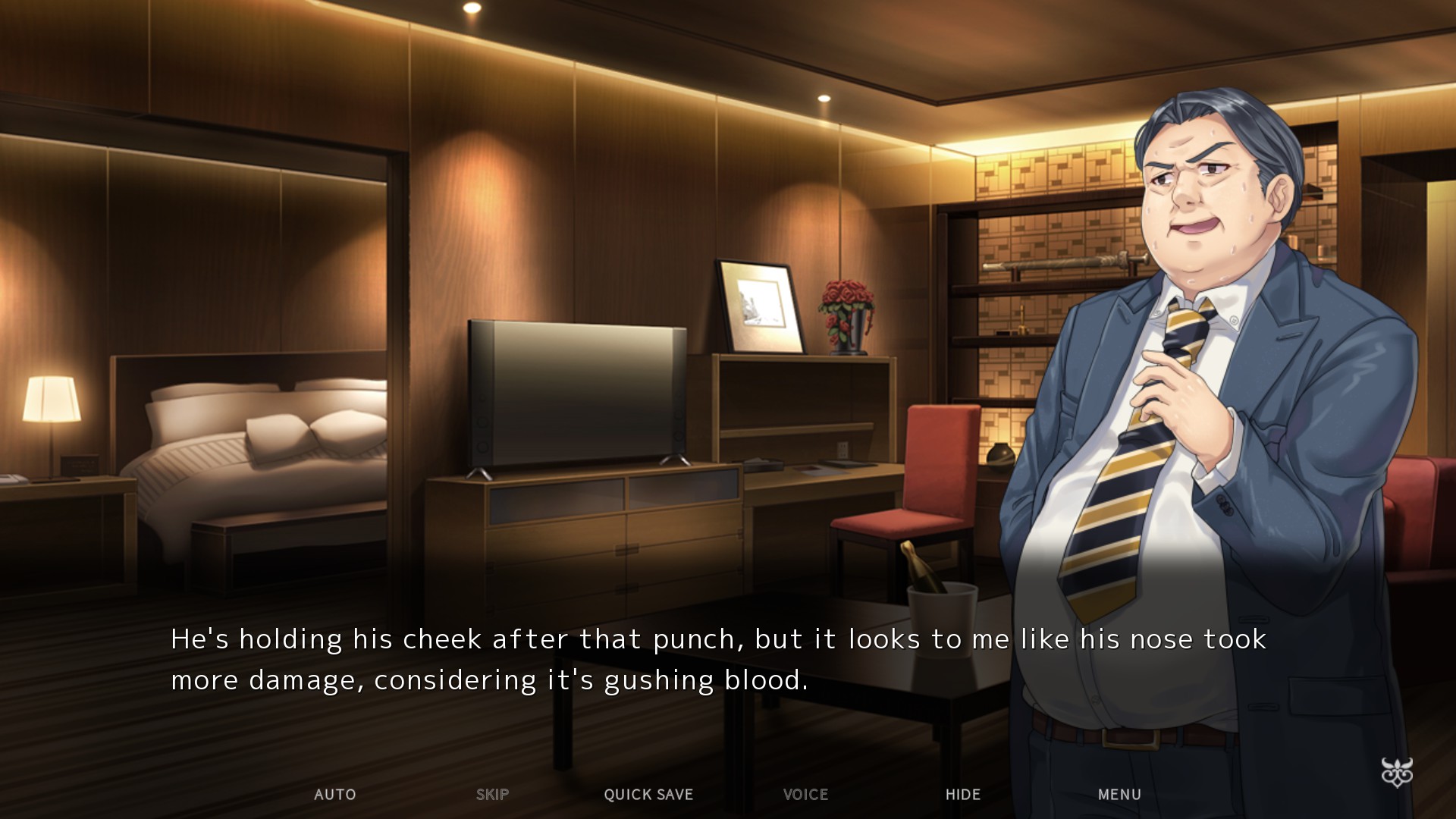 Sound effects in visual novels are sometimes a bit odd, with developers choosing to intersperse them at the strangest moments. Fatal Twelve does a much better job of this than many VNs, partly because it seems to have more sound effects than most: footsteps, trains, gun shots, explosions, … .

Music is wonderfully produced and runs the gamut from a lovely ambient-electronic title track reminiscent of Endorphin, through the standard anime lounge and elevator musak, through to action-movie-like dramatic pieces. It’s all very well produced and changes often enough as to not become repetitive and boring, even given the length of the game.

The game has full Japanese speech for all dialogue. I have no idea if it closely matches the English subtitles. 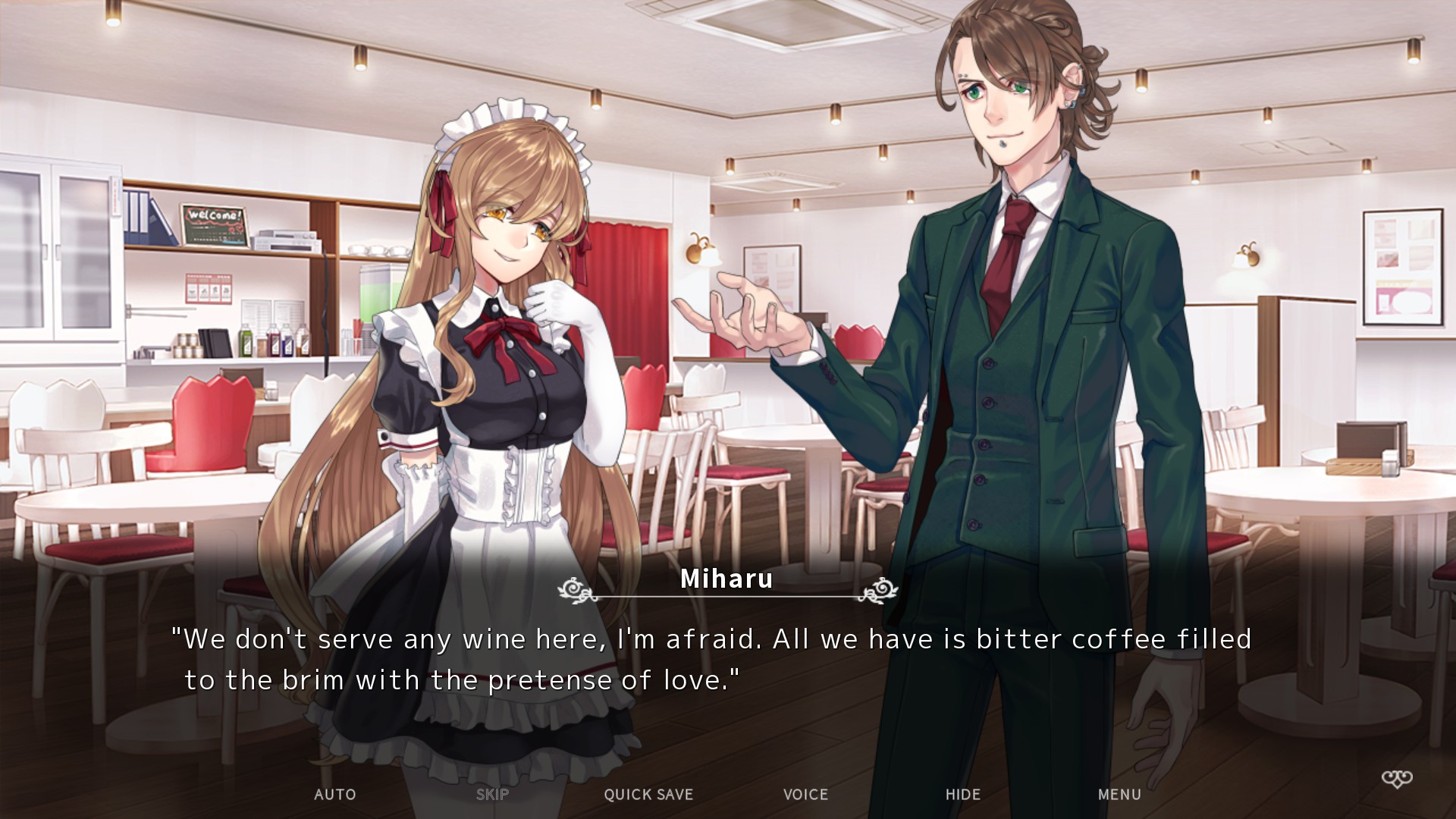 Fatal Twelve plays like any other visual novel: you set auto-advance to move through the text without your input, or you click the mouse or press a key to advance through each paragraph of dialogue or prose. There’s nothing new here in the actual gameplay; if you’ve played basically any other visual novel in past decade you’ll be familiar with Fatal Twelve‘s gameplay.

It’s worthwhile mentioning that Fatal Twelve does have a number of decision points, where the game pauses waiting on you to make a choice for Rinka, and as a result of this, also has a number of endings. My advice if you’re interested in seeing all of these story branches is to save at every decision point; the game has plenty of save slots and a lightning-fast text-skip feature, so seeing the results of making different choices is generally pretty easy. Many of the decisions only have minor impact, but some of them — especially later in the story — make the difference between which ending you see. Even with these choices, though, the basic story outcomes are mostly predictable from early on, though I have to say I didn’t see a couple of the twists coming. 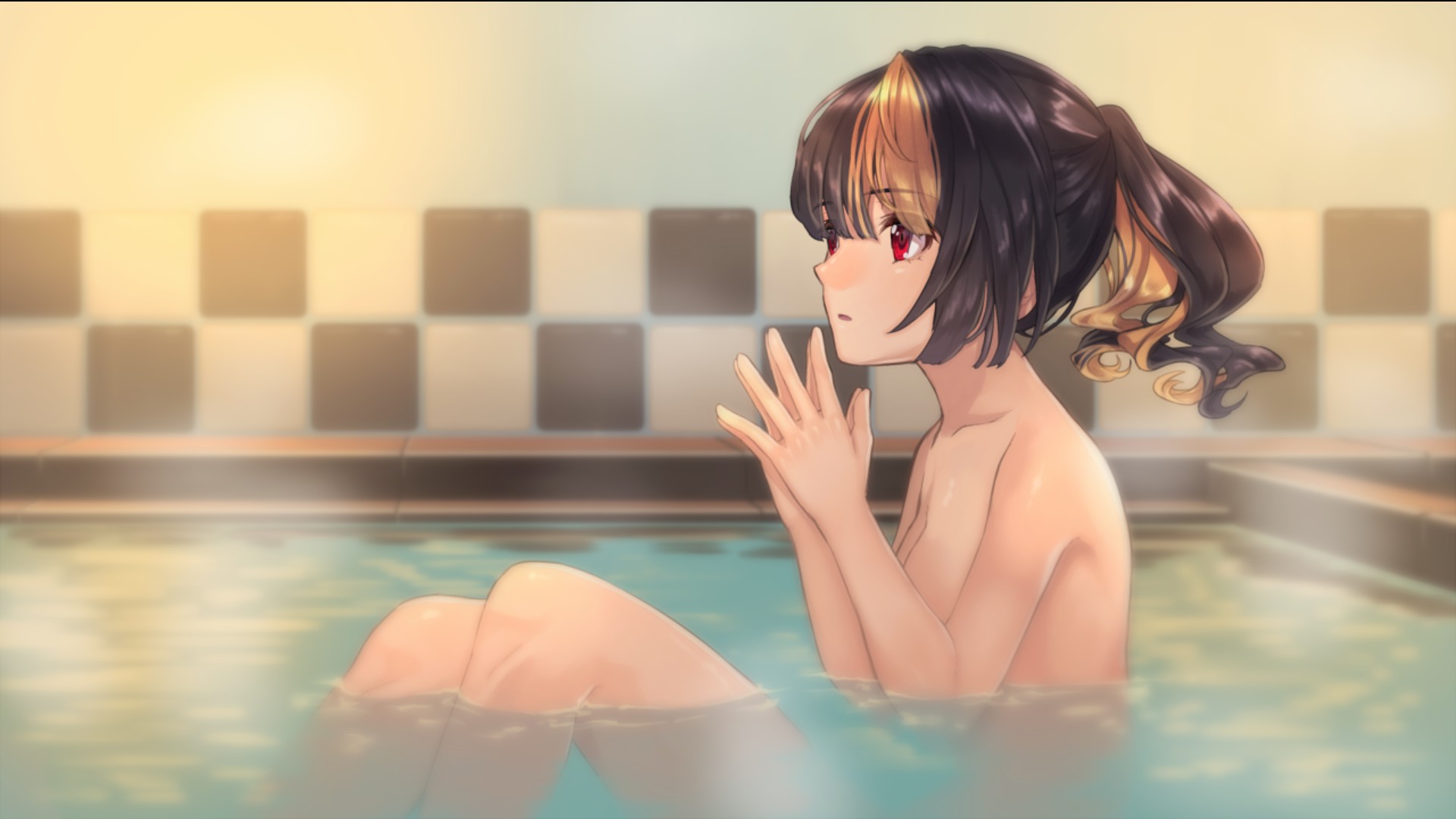 The manuscript has obviously been professionally translated and, for the most part, the translators and editors have done a great job. I have no idea how closely the English text matches the original Japanese, but the feel of most the scenes is spot on; jokes are funny, emotions are meaningful, and the anguish is palpable. 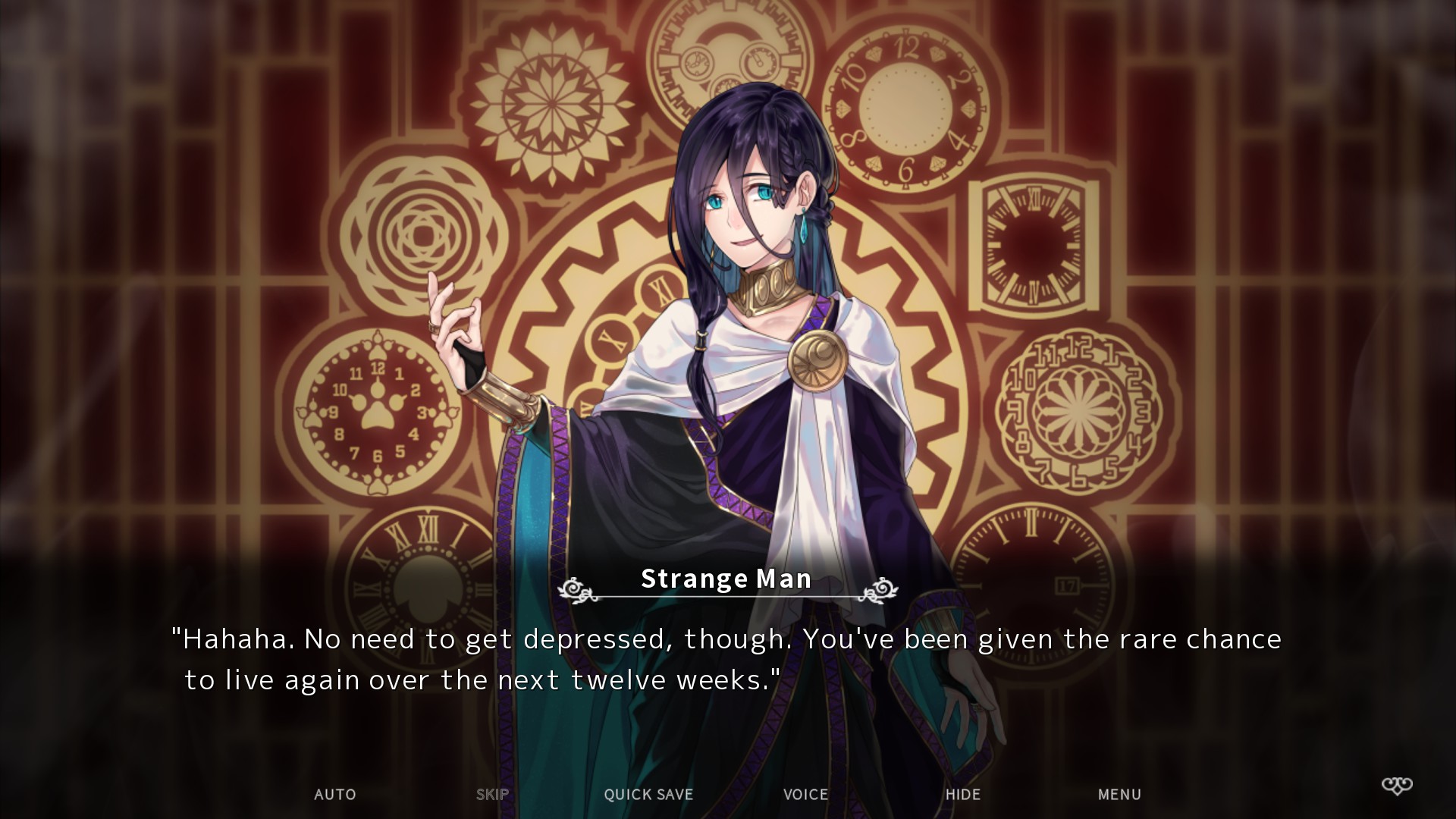 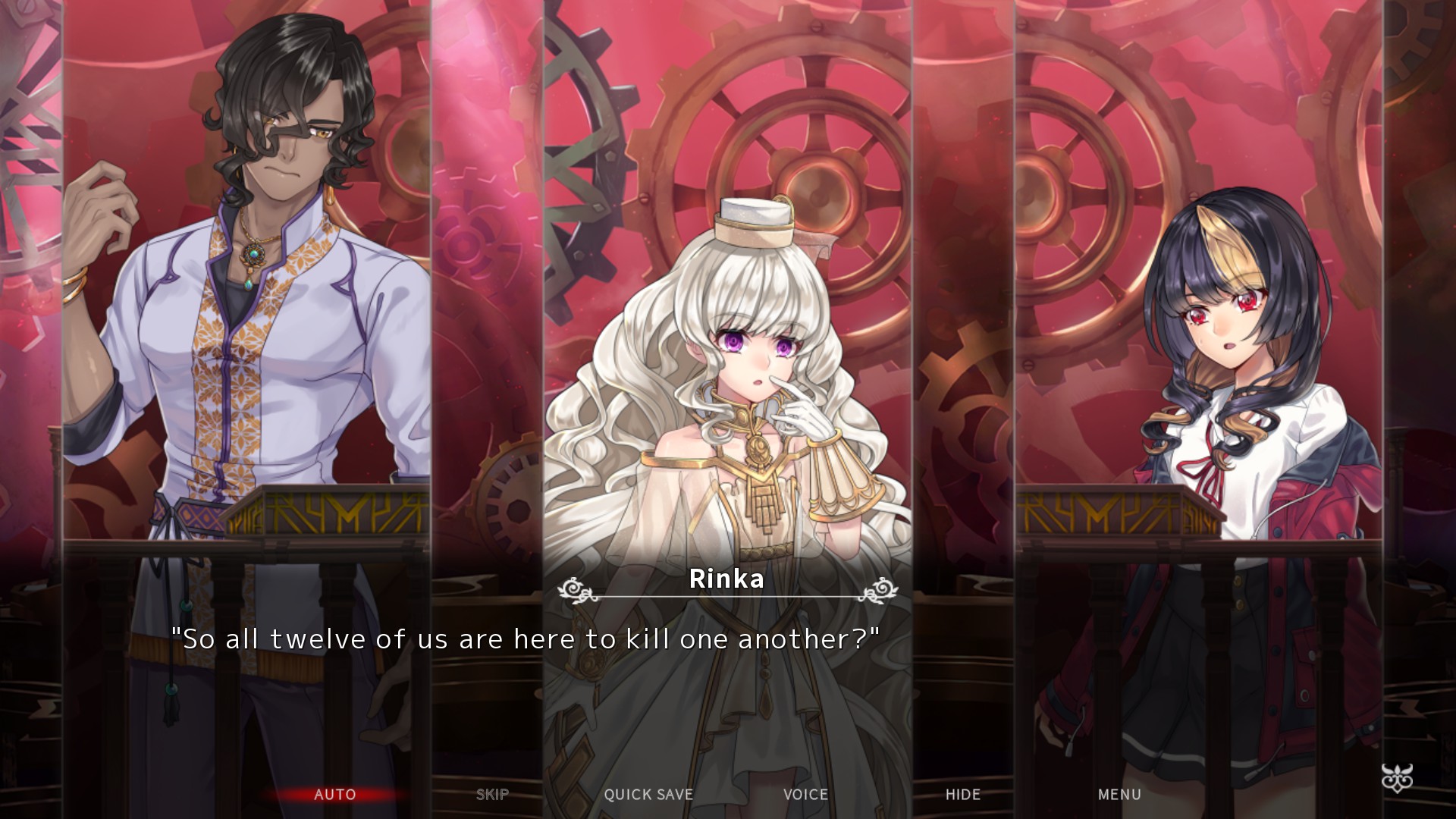 I did see quite a number of grammatical errors and oddities, though, particularly in one section about two-thirds of the way through. There were also a few strange disjointed parts, where Rinka would say something in the classroom and then suddenly jump outside with no transition, for example. And I noticed a few inconsistencies and potentially small plot holes, though none of them broke the immersion too badly. For a VN of this length, they’ve done a remarkable job.

The only two points of contention I have with the writing are that Rinka calls Lethe, the cat that has apparently been visiting for years, “it” instead of “he” or “she”, which seems very impersonal for someone as empathic as her; and that Rinka and Miharu don’t discuss the Divine Selection much earlier on, which I think would have been the first thing on Rinka’s mind. The story works well, regardless, but they just didn’t seem quite right.

I encountered one bug early on, where the game would crash every time I quit, but I think I saw a small update pushed out in the last day or so that must have addressed that. In any case, it seems to be resolved now. 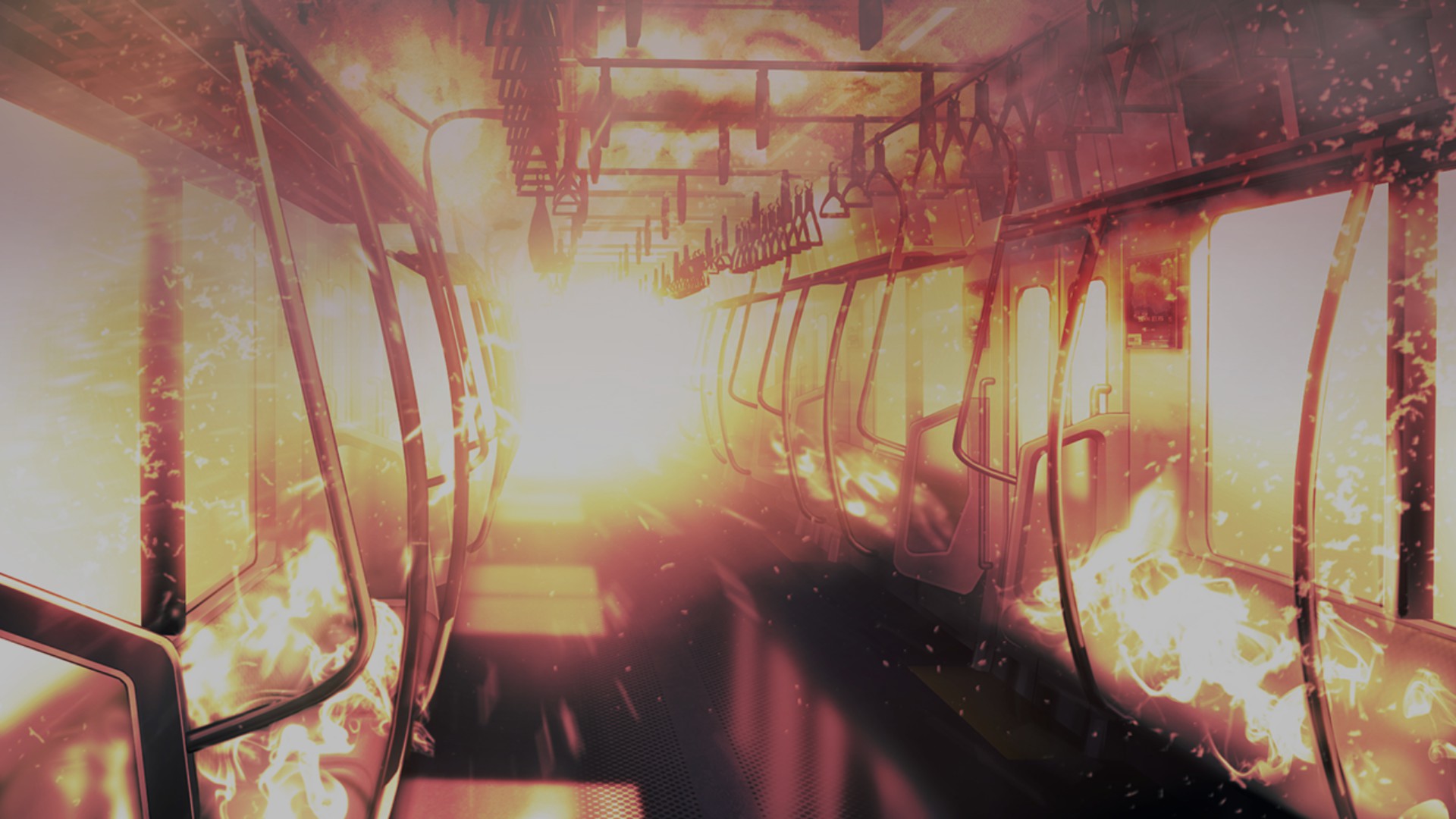 I’ve just finished my fourth (I think) ending and I’m only slightly embarrassed to say that the tears are still drying on my cheeks. I admit I can be a bit emotional sometimes, but I’m pretty sure no other VN has hit me quite this hard. Fatal Twelve tells a beautiful, sad story that I know will haunt me for quite some time.

It’s not perfect. There are a few little inconsistencies and the writing itself could do with a bit more editing work. But the developers have done a wonderful job of introducing us to a group of mostly likeable and believable characters in extremely difficult situations and making us care about what happens to them.

I’m going to have to go and see where the other choices lead now. I hope they don’t make me cry, too. *sob*