Beastmancer is an attempt at a monster-collecting game that may be a mixed bag.

Another Hat into the Ring

A lot of people have tried to chase after Pokemon on various consoles. Digimon is probably the most well-known of these, with various styles of games across many different systems, and a somewhat notable recent example is Yokai Watch, which actually did perform comparably to Pokemon in Japan for a time. Obviously indie games are no different in this regard than most other styles of game, and there are games out there trying to be the ‘PC Pokemon‘, like Beastmancer here.

That being said, it does feel like Beastmancer did want to do things differently from other ‘mon games, which is commendable. You can see that right away from the monster designs it uses, which are quite a bit more fearsome than traditional games, and in the story. Beastmancer, as people who can tame the monsters in this setting are called, are disliked and feared among most of the populace and discriminated against, making it much more of a dark fantasy story. One fact that gets dropped in the beginning infodump is that your starting monster actually killed your character’s father, which I found trying a bit too hard. 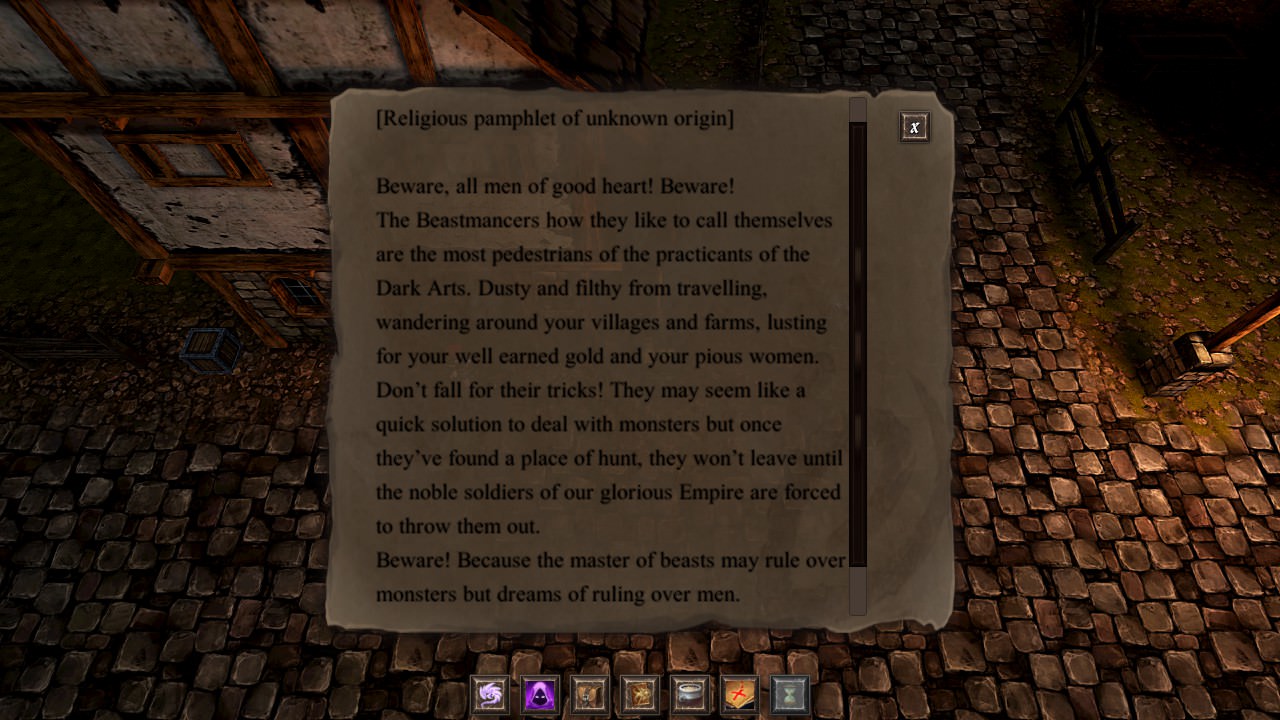 The story is based around a tournament set in an archipelago, with a lot of famous Beastmancers competing, and you naturally as the underdog. It’s a fine enough idea for a game, and the game quickly gets going with some brief tutorials. That’s definitely something in the game’s favor, since other games of this sort can be a bit long in the tooth in that regard.

But maybe not the best sort

Story aside, Beastmancer like other ‘mon games uses turn-based combat, with the wrinkle that it takes after the Heroes of Might and Magic or King’s Bounty series, with you and the enemy monsters moving around a grid. Bigger monsters take up more space, adding some nuance, and there are also things like AOE attacks or monsters that can shoo ranged attacks, as well as spells and items your character can throw in to help.

The port town you reach at the start of the game serves as a hub level, with you being able to depart to any of the islands or explore the shops. There are crafting recipes you can get, spells to learn, and quests, like any good RPG. So a decent amount of work went into this game. 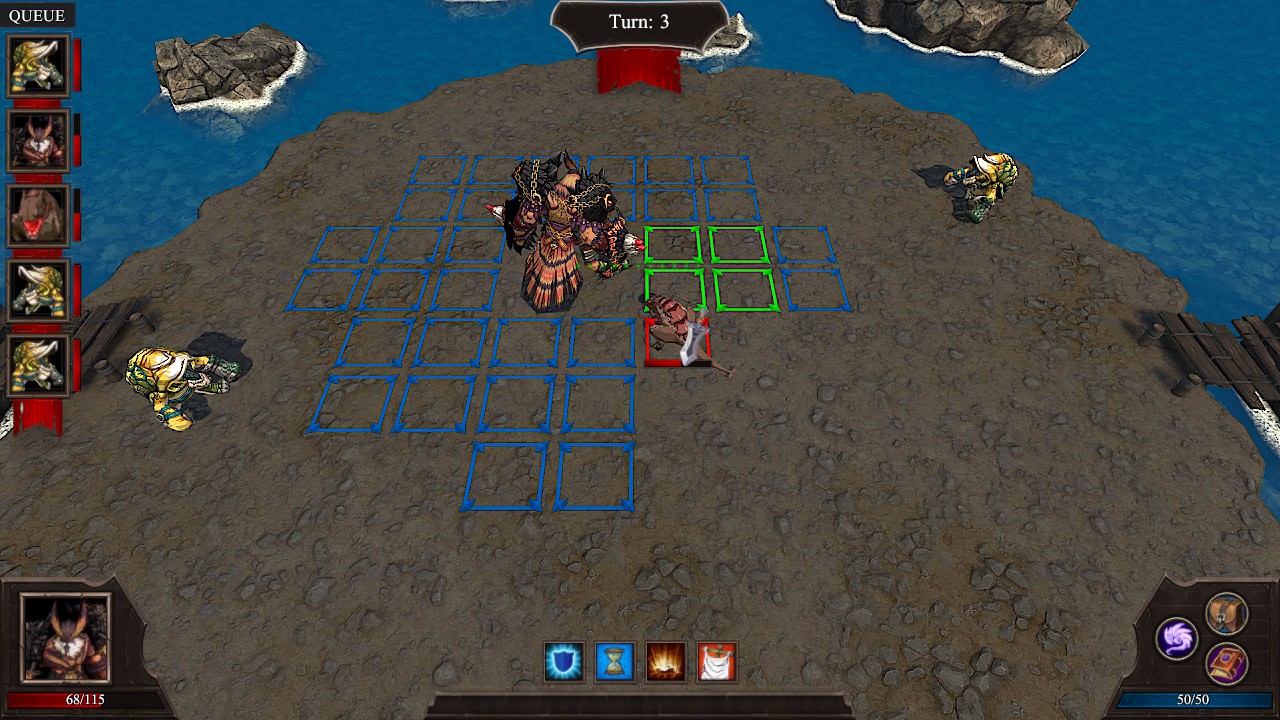 However, while there’s really nothing bad about Beastmancer, there’s not a whole that stands out as exceptionally good either. The style of the mean battles take a while, often with turns of nothing but moving your monsters toward the others, and in general it lacks the snappiness a game where you get into a lot of battles ought to have. The monsters themselves aren’t anything to write home about either, and lack character to me. There’s a feature in the hub world allowing you to sacrifice them to make another stronger, so it seems like you’re inclined to think of them as just disposable pawns, but even the ones you can get at the start don’t feel much different from your usual fantasy monsters.

Another thing that bugs me a little are the characters. Not anything they say or do, but how they look: the environments and monsters in the game look fairly muted, with darker colors to them, but the human characters you meet in the game and their portraits all seem bright and colorful, like they were made by someone else. Your character in particular wouldn’t be too out of place in an actual Pokemon game with some changes. It doesn’t feel perfectly consistent. 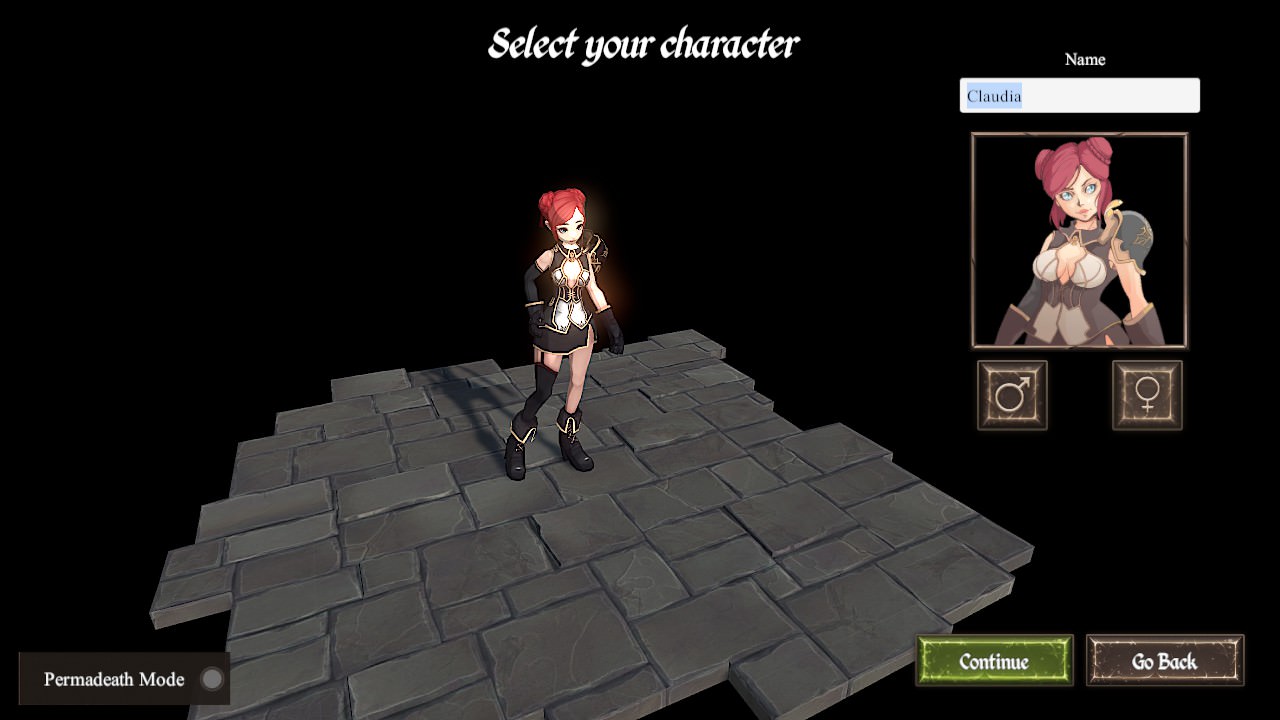 So in general, while I can understand wanting to make a ‘mon style game on the PC, I wouldn’t say this is that game. I acknowledge making a lasting game in this genre is difficult, looking at how many would-be franchises have tried and failed, but I find Beastmancer to be a sub-par example that I’ll have to give a pause. It’s not bad, but not really enjoyable for me.