In the seventeenth century, on an unknown date, Dandara was born. A master of capoeira and an escaped slave, she was a most feared fighter. She fought in countless battles, defending Palmares dos Quilombo, a fugitive community of escaped slaves. She was, in fact, the wife of the legendary Zumbi dos Palmares. She fought against slavery and colonialism until her dying day. She was arrested on February 6th, 1694, and she killed herself. She took death over returning to a life of slavery. But truthfully, we don’t know a lot about Dandara.

The first words in Long Hat House’s Dandara are: “Dandara’s actions will not be forgotten.” While the world of Dandara is far from historical fact, the reference to the real life hero revitalizes her story. Many people, myself included, would never have heard her name without this game.

This Dandara’s quest, of course, is not much like her historical counterpart’s, perhaps only in the capacity that she rebels against oppression and fights for freedom. (Fun fact: it was also released on the day of her death.) Instead of colonial Brazil, you journey to liberate a land called “the Salt”, a colorful and labyrinthine world of “Creation and Intention”, where gravity holds no dominion. The citizens (humans, albeit truly strange ones) are being encroached upon by the Eldarians, a militant empire of beasts, deadset on conquering the Salt. The lore ofDandara’s universe is difficult to parse and somewhat incomprehensible, but it generates a truly unique design and truly memorable world. 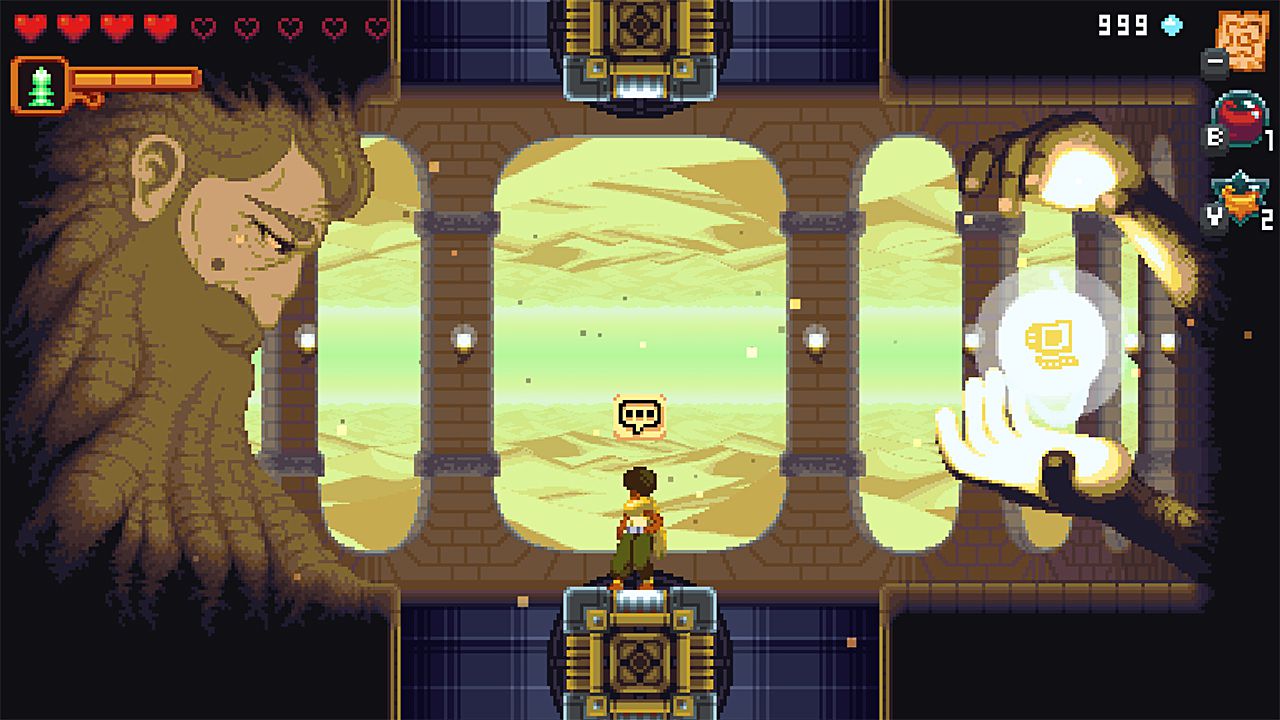 Dandara herself is beautifully rendered, her animations are flashy and fluid, bearing a flowing yellow scarf. The only way she can move is by leaping from platform to platform. There was a small game a while back called Hopiko that functioned a lot like this, but if Hopiko was made up of short haikus, then Dandara is an epic poem. You explore a vast interconnected world with a heightening sense of unease as you traverse the Salt. Upon death, you have the opportunity to snatch up the currency you dropped (called “Pleas of Salt”) before it’s gone forever. 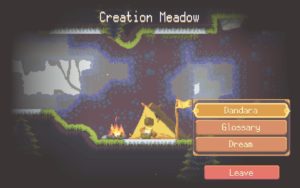 Death will come frequently, too.Dandara is no cake walk. It expects both careful focus and quick reflexes out of the player. Each mechanic is tailored to the structure of the game, often in truly inventive ways. There’s a lot of brilliant game design in Dandara. Each room feels deliberately designed and meaningful. No rooms are repeated, and you slowly gain mastery over the Salt as your quest spread throughout its maze-like corridors. The environments are strange and memorable, and the enemies are impressive to look at and challenging to conquer. Combat sometimes feels more like a puzzle than a fight. The bosses, while sadly only three in number, are absolutely stellar sequences, challenging your mastery of control as some truly amazing music blasts. Dandara’s soundtrack, psychedelic and cascading, is totally outstanding. Thommaz Kauffmann matched the mood and style of the game perfectly with these tracks. 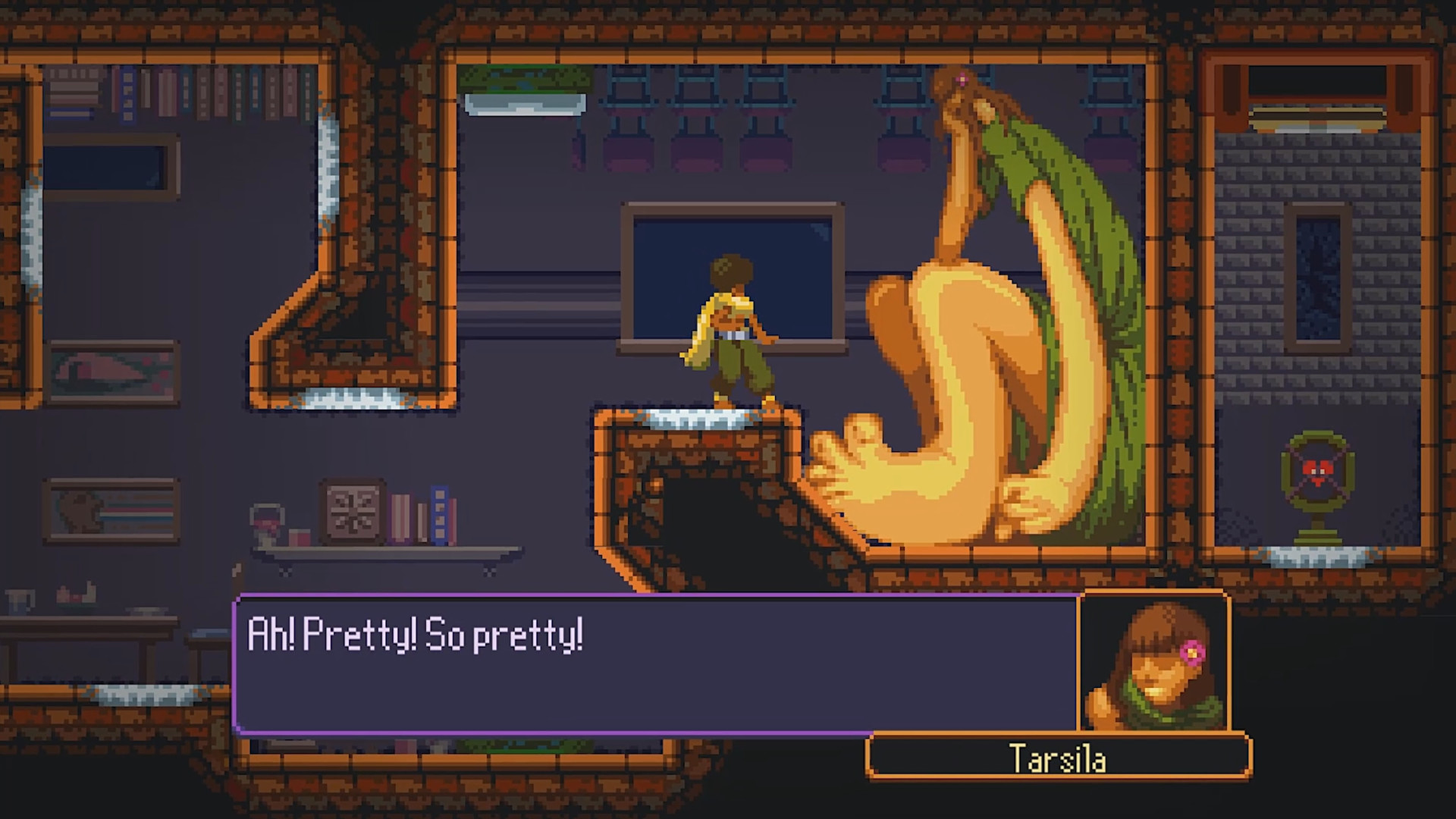 Dandara does what many fail to do: it takes an interesting concept, and executes on it perfectly. It is simply a well-polished game; Long Hat House hit the nail on the head. Within its around seven-hour story, the game explores a unique mechanic thoroughly, all the while asking you to explore its vast interconnected world. Its stay may feel a little short, but only because there feels like more fun to be had. It’s still a memorable experience through and through. Dandara’s actions will not be forgotten, and I, for one, will not be forgetting Dandara. 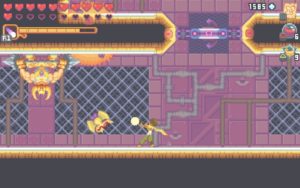 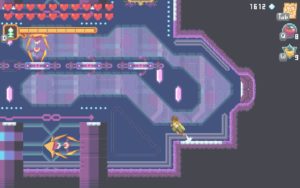