Fight the pixel-art Zombie apocalypse with your bro!

I have never liked ‘bro’ talk. I find this excessively low-bro(w). It was tolerable in Broforce since the game was very (br)oviously ironic, but I raised an eyebro(w) at Trespassers’ pitch of two bros in the zombie apocalypse. At least it means that there is a coop mode!

Trespassers looks absolutely lovely. The graphics and gameplay are somewhere between Broforce and Metal Slug. The characters and animations look great, there are lots of tiny beautiful details, and some Zombies have a superb design (flying monsters, zombies dogs, ‘The Thing’ Zombie with a huge fleshy tentacle coming out of their splitting belly, etc) and an interesting range of movement. To top things off, there is a customizable CRT effect with scan lines and bleeding pixels. It’s gorgeous, I love the look of this game. 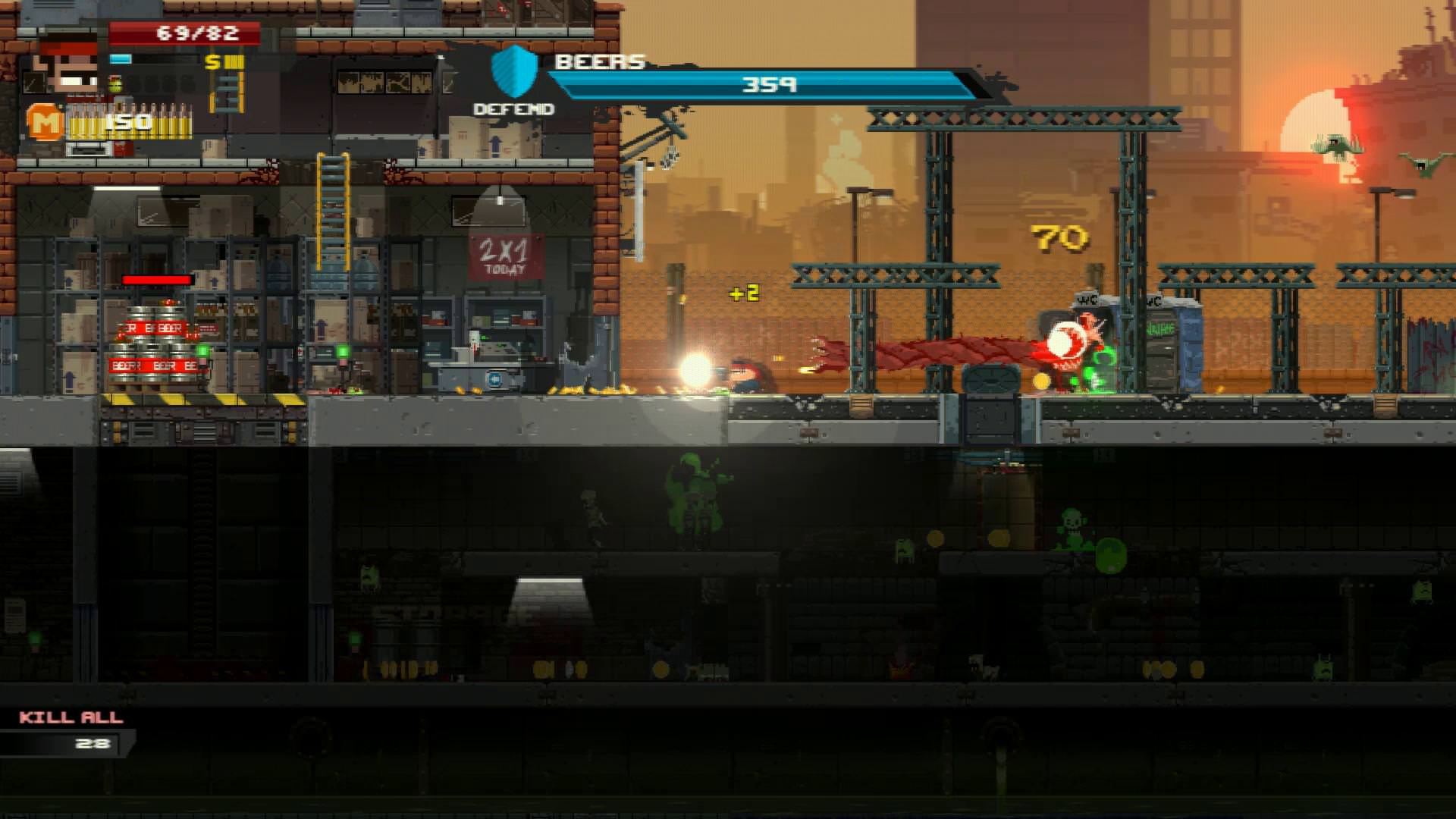 The core game mechanics have not been overlooked either. Our heroes can shoot (right or left), automatically use a knife when an enemy gets too close, jump, roll, throw grenades, and sometimes pick up more powerful weapons than the base gun. Keys can be rebound, which is much appreciated. Furthermore, when they level up the characters gain abilities such as exploding ammo or faster speed. This is where things start to get a little bit confusing. There is an upgrade called ‘Vampire – Without sunscreen’. Errr, ok, what does this do? I assumed that it would grant me health as I kill enemies just like in most games, but I did not notice anything. 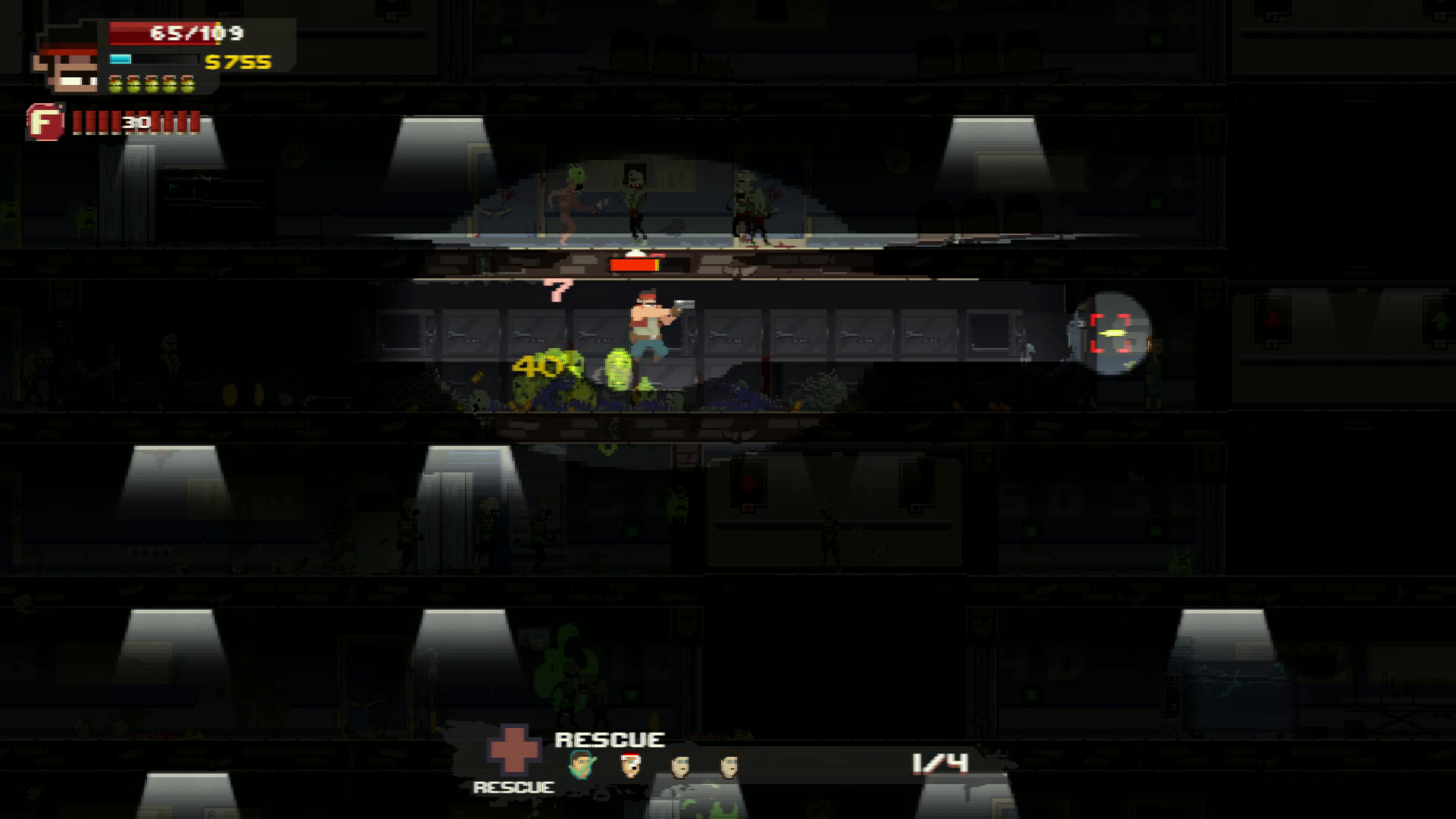 One of the early missions got me confused as well, I was supposed to blow up some bombs. Once I picked up the detonator and went to the expected location, there was no button prompt (up until this point the game was very good at indicating button prompts for specific actions). I pressed a few buttons in the location, nothing happened. I reached to the exit in case I had to blow up the building from a position of safety, nothing happened. I left the game. Later I tried again, and it worked when I crouched then pressed X on my controller. Alright, I got this, I can now enjoy the rest of the game. Then there was a mission in a hospital, having to rescue survivors. The hospital was in the dark (like most buildings) and it was a pain to navigate. It took me a while to figure out those indestructible walls that my bullets could penetrate were just elevator doors that I could open with X. I had trouble finding all the survivors and guiding them back to my car while constantly shooting the Zombies, continuously respawning. Time started to stretch to an infinity, my patience was wearing thin, and what was bound to happen but should never happen became a reality: I became bored. 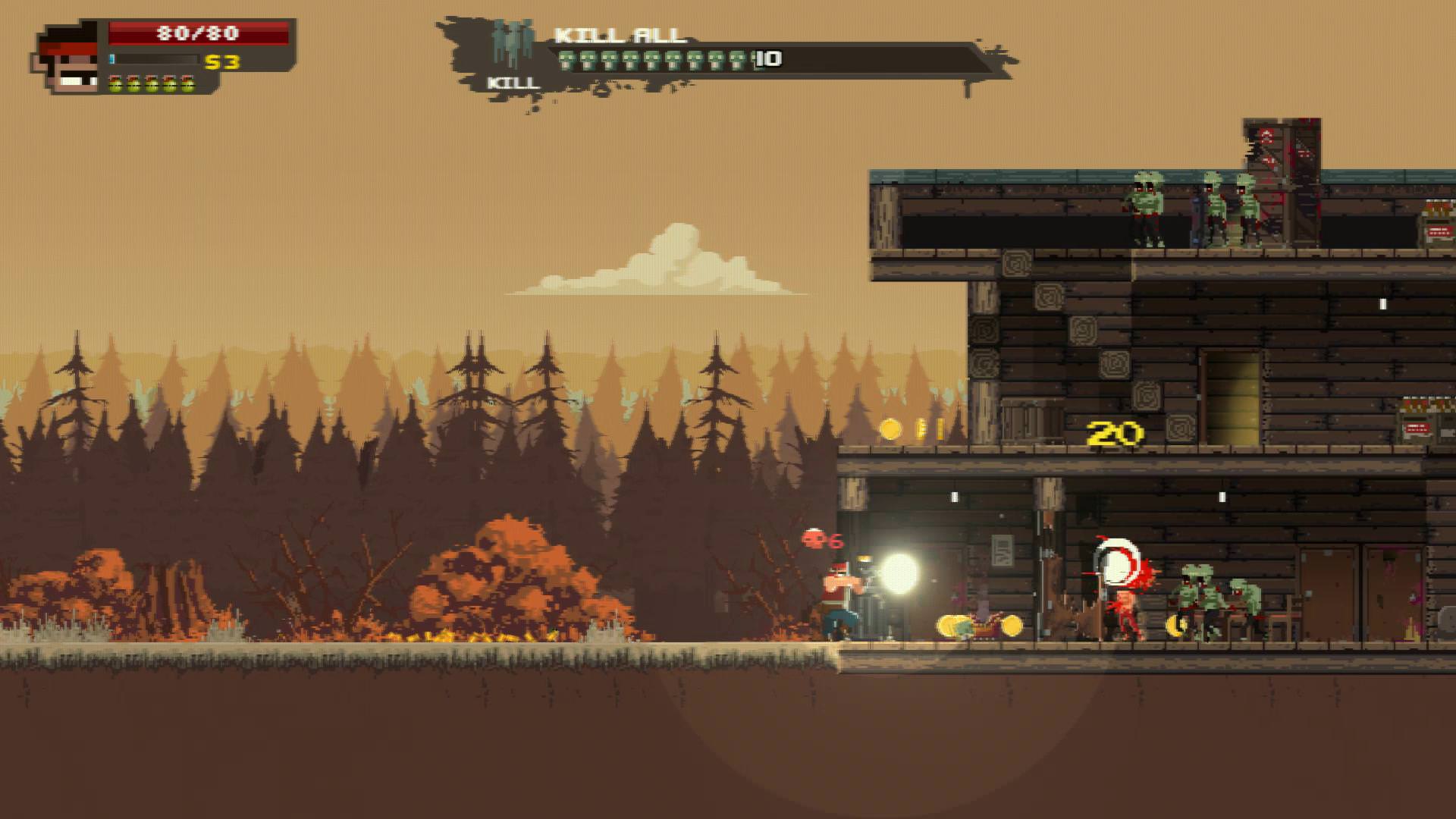 Trespassers is not a game that I could stomach for long, and it made things worse. There is no Save function. Yes, you read that well, every time you launch the game you are supposed to start over. In a way it feels like a roguelite, with new powers obtained through the run, and upon a Game Over those powers reset (except one that can be kept). In single-player there are three lives, in coop players have to revive each other. There is some slight variation in the levels and their order. However, roguelites have long evolved. There are many ways to get back health (too rare in Tresspassers). There are lots of permanent unlocks to make each run more powerful than all the previous ones, it is possible to quit and get back to your save, and so on. I don’t think Trespassers is trying to be a roguelite, maybe just trying to add variety to the usual linear type of games. But limited lives were not fun in the 90s, they are still not fun now. And most importantly, linear games are supposed to shine with their level design. 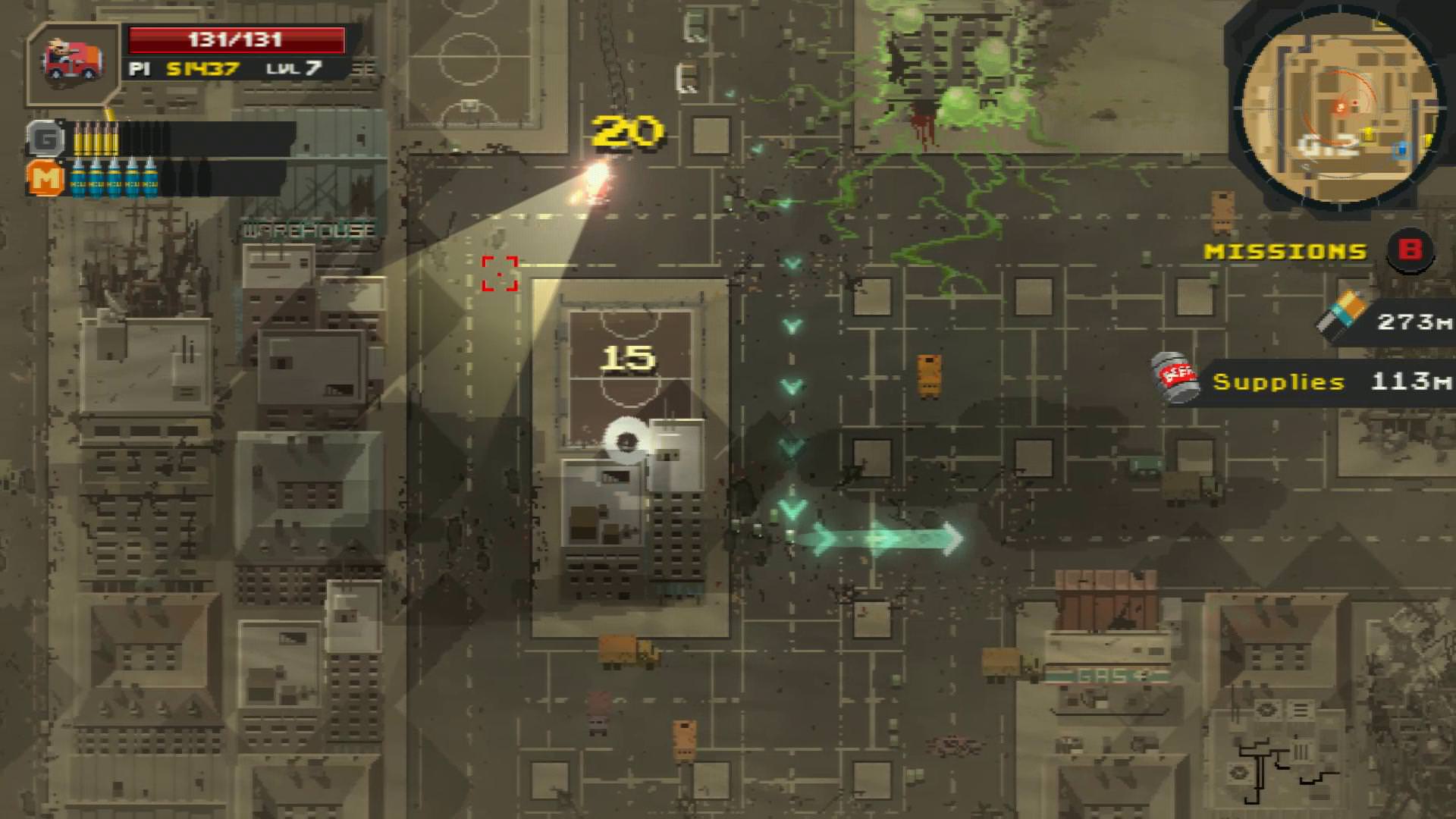 I think that besides the repetitive nature of a shooter (that can be more or less felt according to the frequency of new weapons, new enemies and variations to the horizontal shooting), Trespassers makes things worse with the constant pressure from Zombies in levels that are tedious to navigate. Sure, I enjoyed the feeling of perpetual attrition and a desperate fight for survival, but neither this nor the beautiful graphics nor the solid game mechanics managed to save me from ennui. And it’s a shame that this should happen to such a well-made game. 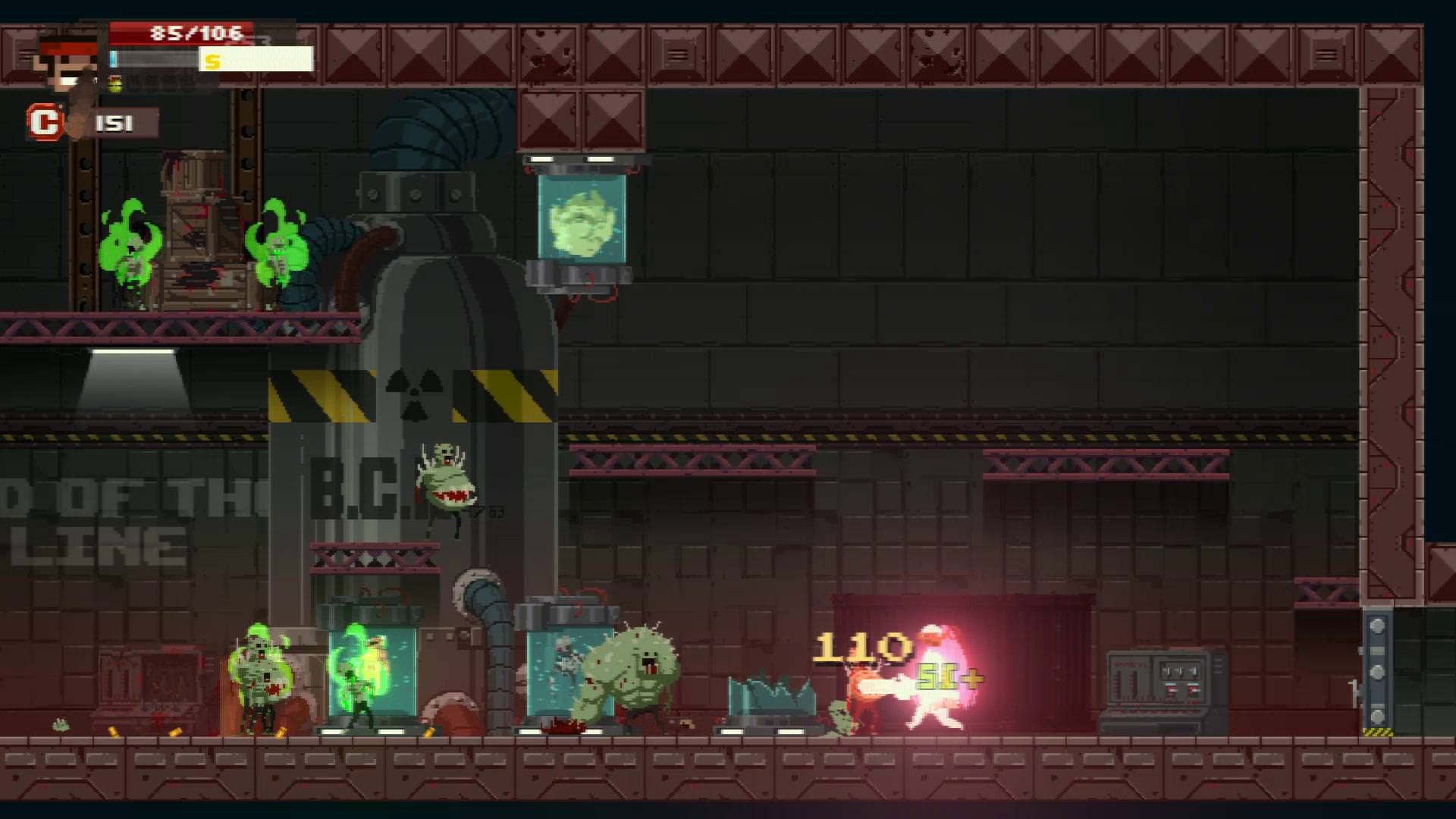 Trespassers is a gorgeous and solid action shooter with all the right elements, except for one. The level design makes the experience tedious, which is not helped by the repetitive nature of constantly firing at Zombies. Finally, the game makes the cardinal sin of not allowing for game saves and always forces players to restart. Restarting to do the same boring thing over and over, I do not find this very motivating. While this is fatal to my enjoyment of the game, I still see a lot of potential in the devs. If they can iron out what went wrong in Trespassers, they could release something truly awesome.