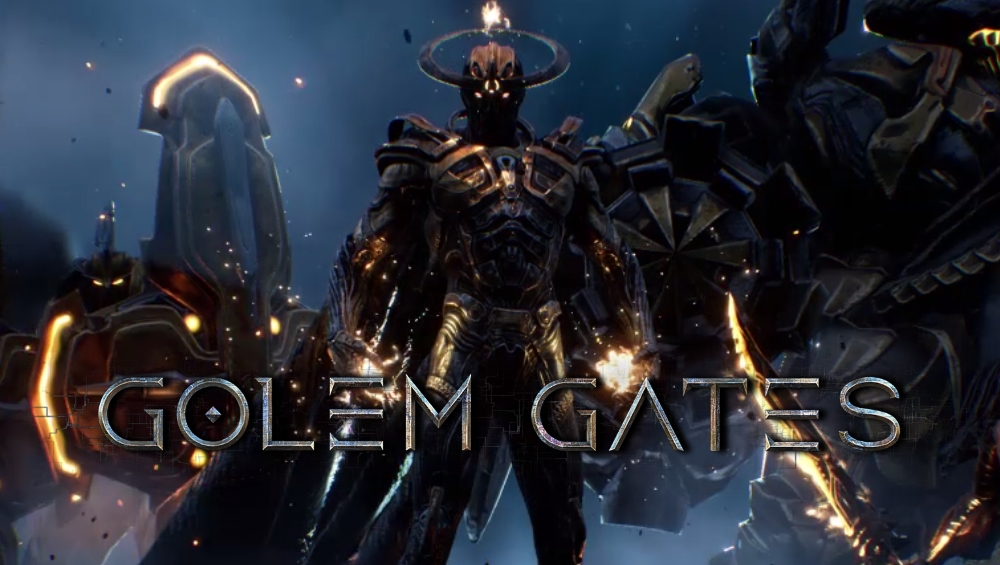 An RTS on Unreal Engine 4, based on deck building rather than building a base.

Beauty and the Beast

First, I must say that the game is gorgeous. It runs on Unreal Engine 4, and it shows. Unit models are stunning and very detailed. However, I was surprised that during a battle I could not zoom closer to the ground to admire my units. From too far above, most of them lack personality and character. Moreover, the engine takes its toll on computers and there are frequent framerate drops, even with graphical settings set to low on a relatively powerful computer. Since I started with technical issues, I must add that the pathing can be horrendous, with units getting stuck behind others (melee doesn’t find its way around a range unit busy shooting), getting stuck or cut off from the path by defensive towers (apparent in the tutorial already), getting stuck behind corners and refusing to leave, or taking the long way around because friendly units are currently passing through a bottleneck. 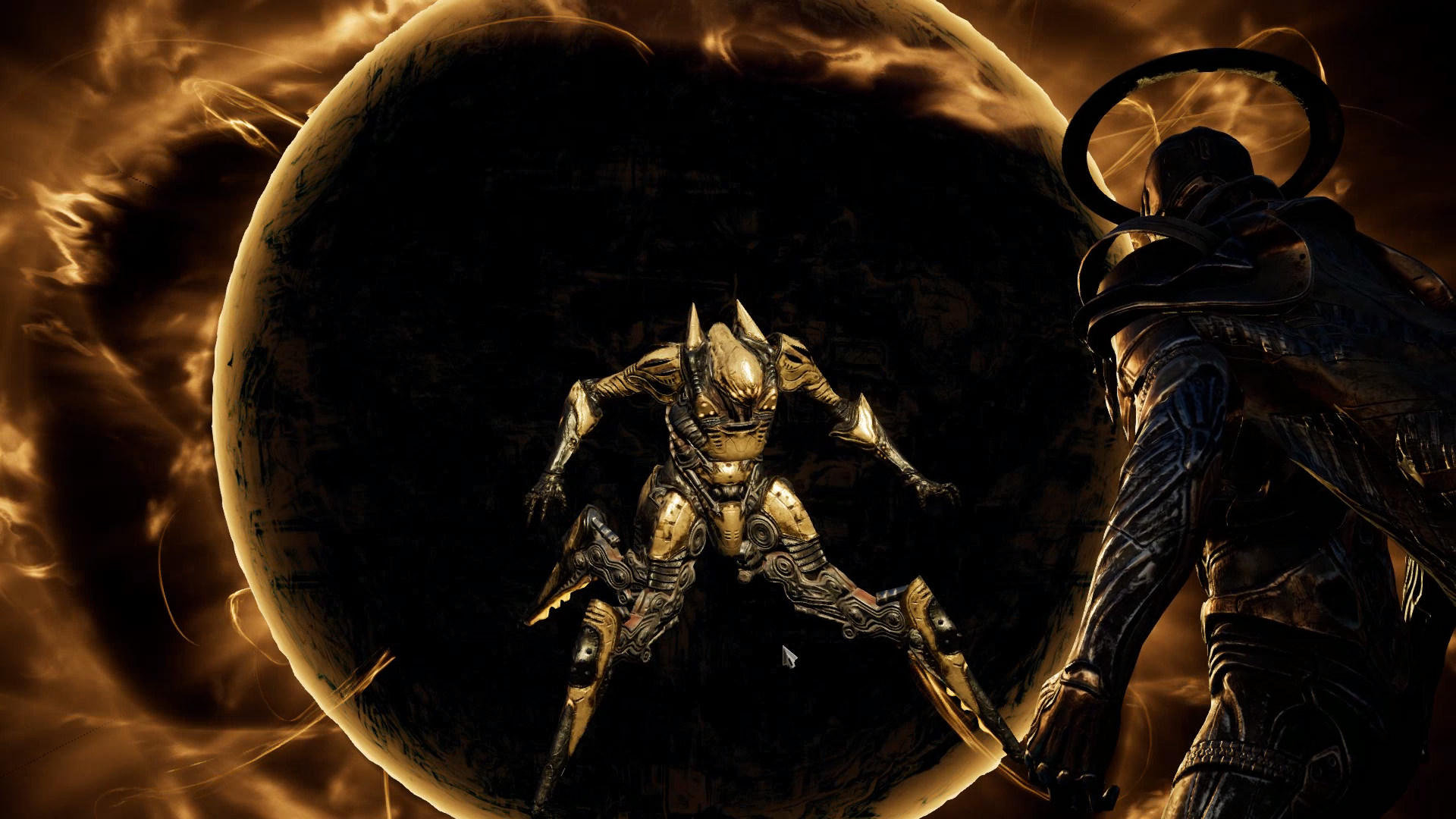 Node control works as follows: There are a few nodes on the map, sometimes occupied by neutral critters. Taking control of a node increases the regeneration rate of the player’s mana or energy. Energy is used to summon creatures from the deck directly to the battlefield. Each player starts with one unit called the Harbinger, and that commander unit is the win/lose condition, it is the target to eliminate after building an army with the combination of deck cards and mana. The problem is that once a player has the advantage over the map, then that advantage snowballs and it gets even more difficult for the losing player to turn the tide. 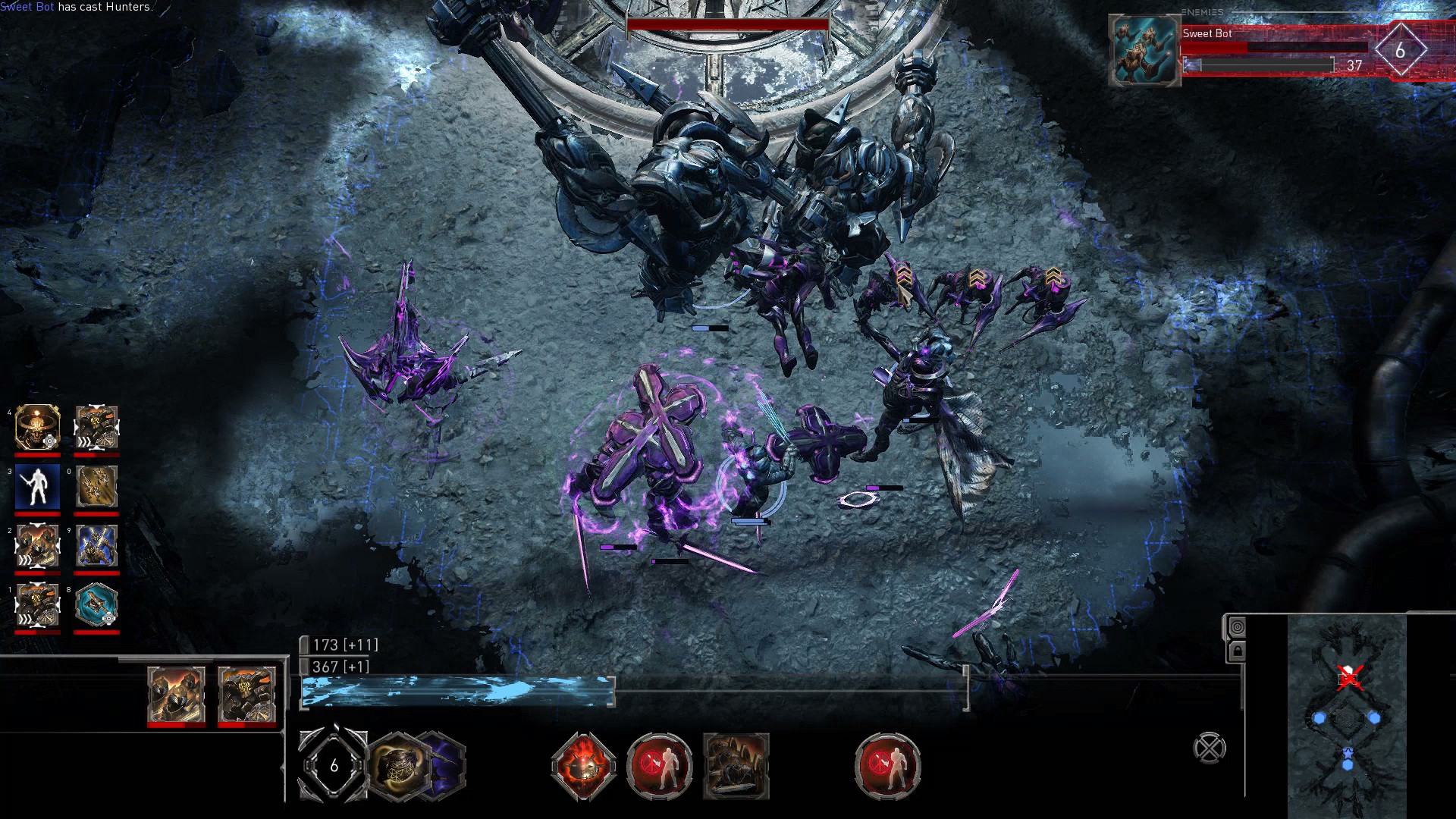 Decks and cards are everywhere these days, and I am starting to feel the fatigue. Sometimes it works well, but sometimes it does not, and I feel that in the case of Golem Gates it does not. First, there are just too many cards to put into a deck. Too many cards to choose from, and the slots are infinite – a bit messy. It does not feel like much of a tactical decision, what it feels like is frustration for not yet having all the cool stuff that other players already have. The problem is also that once the cards have been played, the deck does not cycle to the beginning until you expressly order it to, and then the game intentionally freezes your capacity to give orders for 15 seconds. Before doing that deck refresh, players can reach a point when they run out of units to place on the map – managing that is just not fun. I never really enjoyed the overall pacing of the game because of the deck usage, which is annoying because I usually find that node control games are supposed to be faster paced and more dynamic. 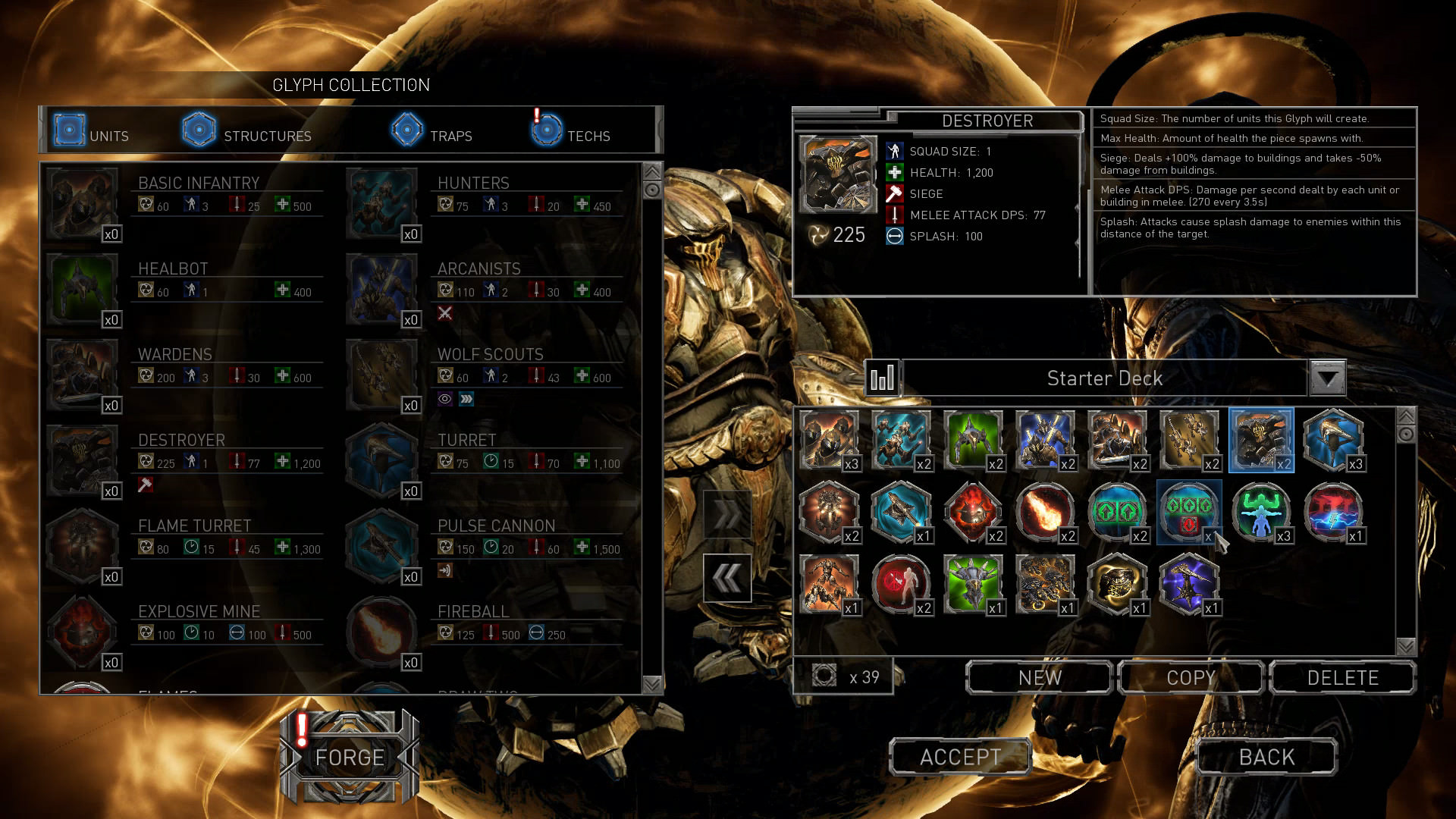 Units themselves look like alien tech, thus the first struggle is to understand who does what. Right from the start there are just too many units to learn, and without being able to zoom close enough it’s hard to distinguish what they are. They all share the same design and colors, which does not make this any easier. Eventually I got better at identifying them, but receiving units randomly from the huge deck does not in any way help with strategy. Basically, I was throwing whatever was available rather than what I needed. However, it does not matter all that much as I found that too many units just had numerical differences from one to the other. There are no unit powers to manage, powers like fireball or unit upgrades are cards in the deck. Thus, the units are both hard to understand and almost useless to understand. Another thing I disliked is that they are dropped as squads controlled as one, but they wander around a bit and mix themselves with other squads making identification and selection a bit difficult. Also, squads are never as precise to control as individual units, they give some sort of floaty feeling. Units are not as responsive or pleasurable to maneuver as in Blizzard games. This feels more like… Battleforge, an older game which also involved deck building. At least so far, I have not seen systems designed to depart players of their money. Finally, I was annoyed by the presence of defensive towers which can drag the pacing of the game down quite a lot, making it all the more harder for a losing player to turn the tide. 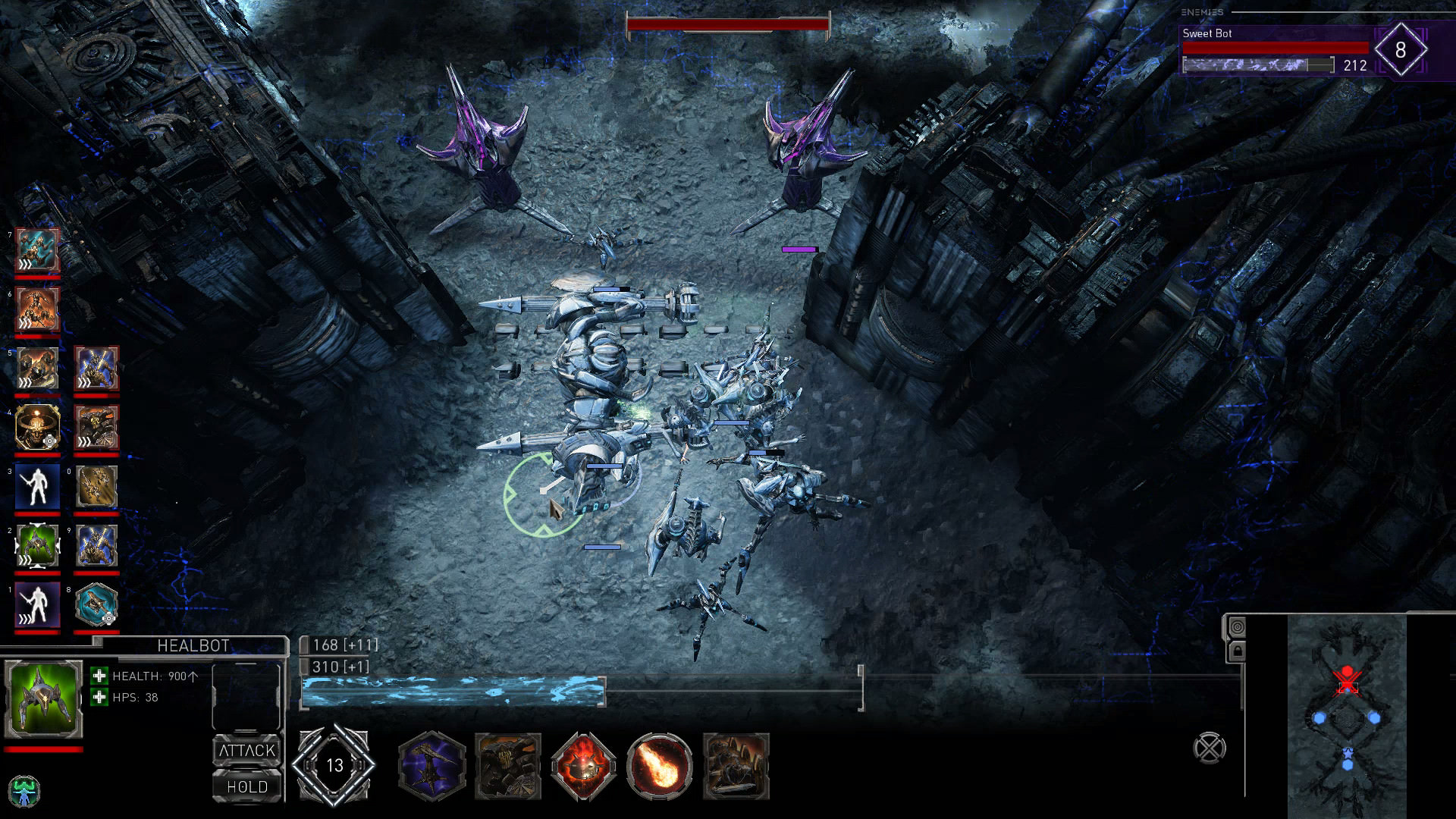 The qualities of Golem Gates include the extensive options menu, and the music. Loved it, the art design and the music manage to give a soul and feel to the game. It’s only little things, but the atmosphere feels fantastic.

There are many game modes: either 1v1 with humans or AI (or a 4-player mode), a coop survival, and a campaign. So far only the tutorial was available, but I don’t really see the interest of a campaign if it’s the same maps and pacing as in multi-player. 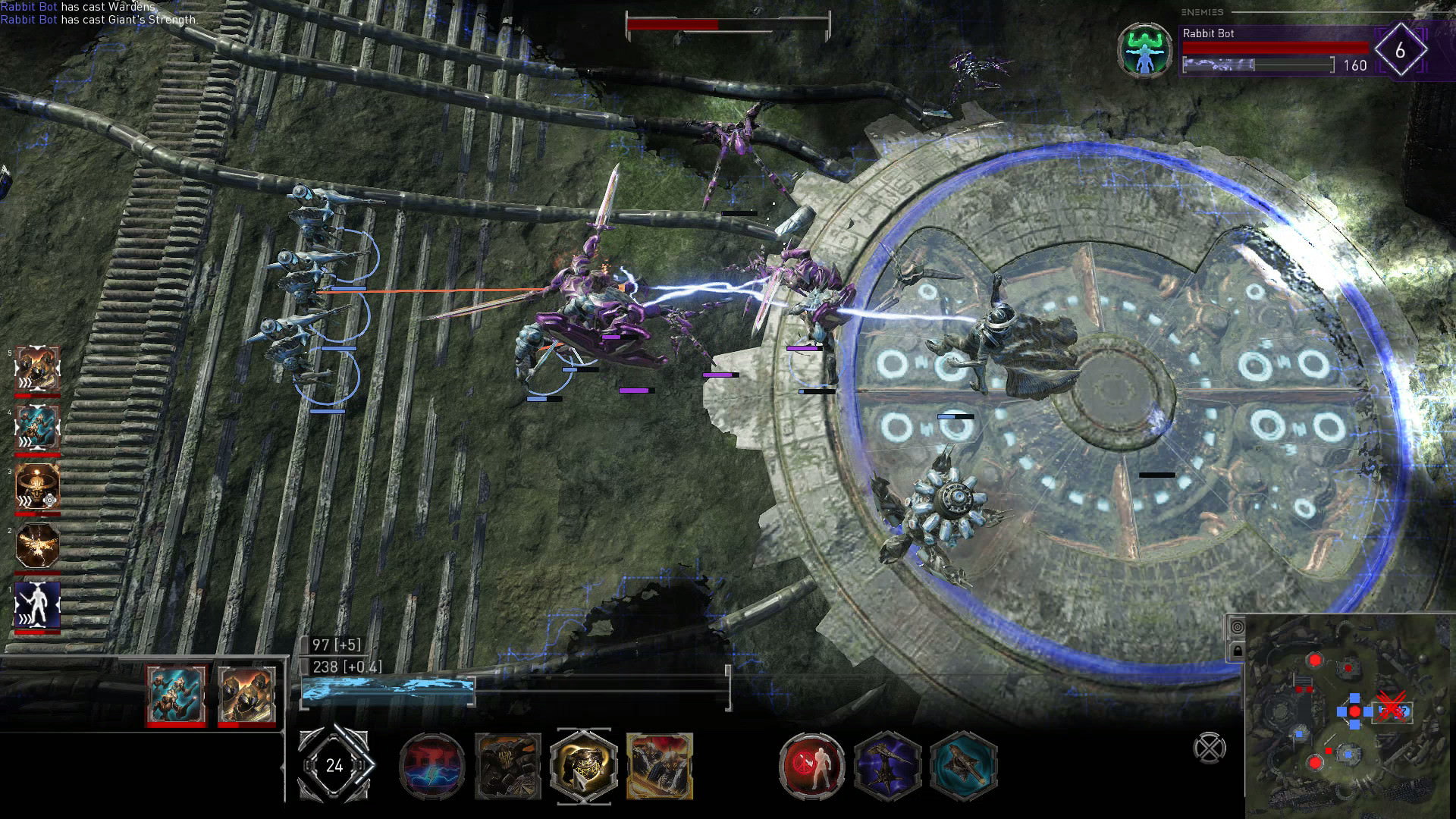 As you might have noticed, I did not have a great time with Golem Gates. It’s only in Early Access so there is room for improvement, but I think that the game is too big for its own good. It tries to accomplish too much rather than first being a solid groundwork with a few units and more manageable graphics. At first, I had trouble learning about too many units. Gradually I got into the rhythm of the game, but I never enjoyed its pacing nor the layers of strategy.