REVIEW: Schatte ～The Witch and the Fake Shadow～

Schatte ～The Witch and the Fake Shadow～ is an adventure platformer about a witch trying to rescue the world from an evil demon.  The game introduces an interesting gameplay mechanic, but all that is badly affected by an over-simplification of the gameplay along with other issues.

Schatte is a 3D adventure / platformer game where you will impersonate a Shadow Witch on a quest to find the evil Shadow Demon and seal it again, because, apparently, someone broke the seal (duh) and it allowed untold horrors to spread throughout the land.  This evil has changed the local inhabitants and creatures into vile monsters. Pretty much, what we have here is an old school inspired platformer, but in many ways it becomes overly simplistic and bland.  The mechanics the developers have thought out are somewhat brilliant, but they are not fully used to their potential and that is the main reason this game falls quite short.

General Gameplay
In Schatte the main gameplay will consist of traversing various stages filled with enemies and environmental obstacles by using your magic abilities to overcome them all and proceed. The distinctive feature this title has is its “shadow manipulation” mechanic: the protagonist will always be followed by a sentient, fairly annoying lantern bat which casts a large light on the battlefield.  This bad becomes a tool in essence and is used to project shadows of objects and enemies for our heroine to use.

There are a variety of magic skills available.  Shadow Stomp, which basically is a jump that is used inside the shadow of an enemy, damages him. It is the only form of damaging attack at your disposal.  Then we have Shadow Walk, which allows Schatte to traverse inside shadows in the form of a magical glowing sphere, rendering her immune to all damage and consuming Mana for the duration. Next, we have got Shadow Daggers, which are knives she can throw inside shadows of enemies or moving objects to temporarily freeze them in time.  Lastly, there is Shadow Puppet, that allows Schatte to take control of a defeated enemy and use its abilities until Mana runs out.

The levels in Schatte are not at all complex as you could expect for a modern platformer with such price tag, but instead are really streamlined and piloted. There are almost zero side-explorations or secrets to find.  You just have to roam around the level, defeat enemies for more XP and less annoyance, then solve some puzzles with your abilities (said enigmas are simple and quite boring) in order to get to the end of the stage. The only form of loot are some manuscripts and rare Experience Potions that will give you respectively, some lore to read or a great boost to your next character level, which only enhances your HP/MP and Shadow abilities slightly, with no other form of Skills or direct progression whatsoever. 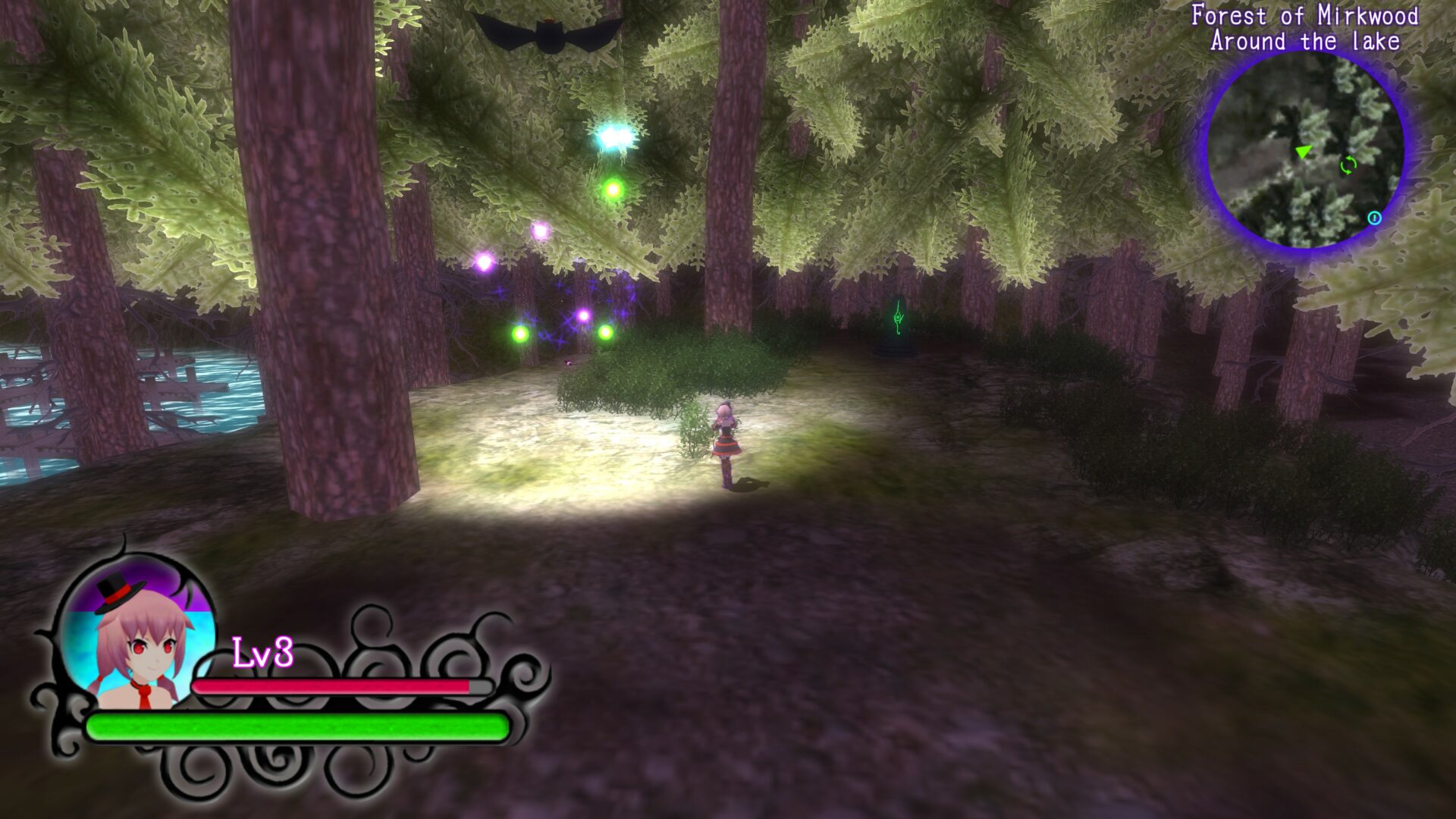 Combat System
I will be quite blunt, the combat in Schatte is not really on par even for a platformer and the reasons for this are simple. You can stun any enemy quite often with the Dagger ability, the stun time is around five seconds and that is an awful lot of time to jump two or three times in its shadow and defeat it without a sweat.  Also, the abilities consume few mana points so they can be used almost indefinitely, given the fact each enemy defeated gives some supplies like Health, Mana and XP.  Lastly, Enemies are weak and slow, so they can be kited around without effort and just stunned again and again until defeated.

So far, the only two boss fights encountered were bland and boring, bosses being little more than normal enemies, with a unique model of course and a lot more health (around 10 jumps), but slow and dumb all the same.  This results in easy and bland boss fights, deprived of any special rules such as unique enemy skills or anything challenging put into them.

Defeating enemies becomes a chore and annoyance. Even the XP reward that should stimulate character progression is meaningless, because leveling up is automated and there are no skill trees, statistics, or any other form of character development manageable by the player.

Content
If we talk about longevity per se, the game should last around five hours, it depends a lot on how much you die since checkpoints are at the beginning of each stage.  You have to do it all from the beginning if you manage to die, which can happen but is quite hard given the combat system. Aso, the biomes and tiles for environments are always very similar, so transitions between various environments and levels are not very marked.  Your will always have the feeling of being in the same place repeatedly.

If we talk about gameplay content, there is no loot system, no direct character progression system, enemies are basic and dull, no secrets or secondary map paths.  Really it is borderline insufficient.

Balancing
The character is ridiculously overpowered compared to enemies.

Challenge
The biggest obstacles are environmental ones. With some bad luck, you can definitely die in the middle of a poison lake because the shadow you were traveling on moved faster than you, but challenge from enemies? None to be found. 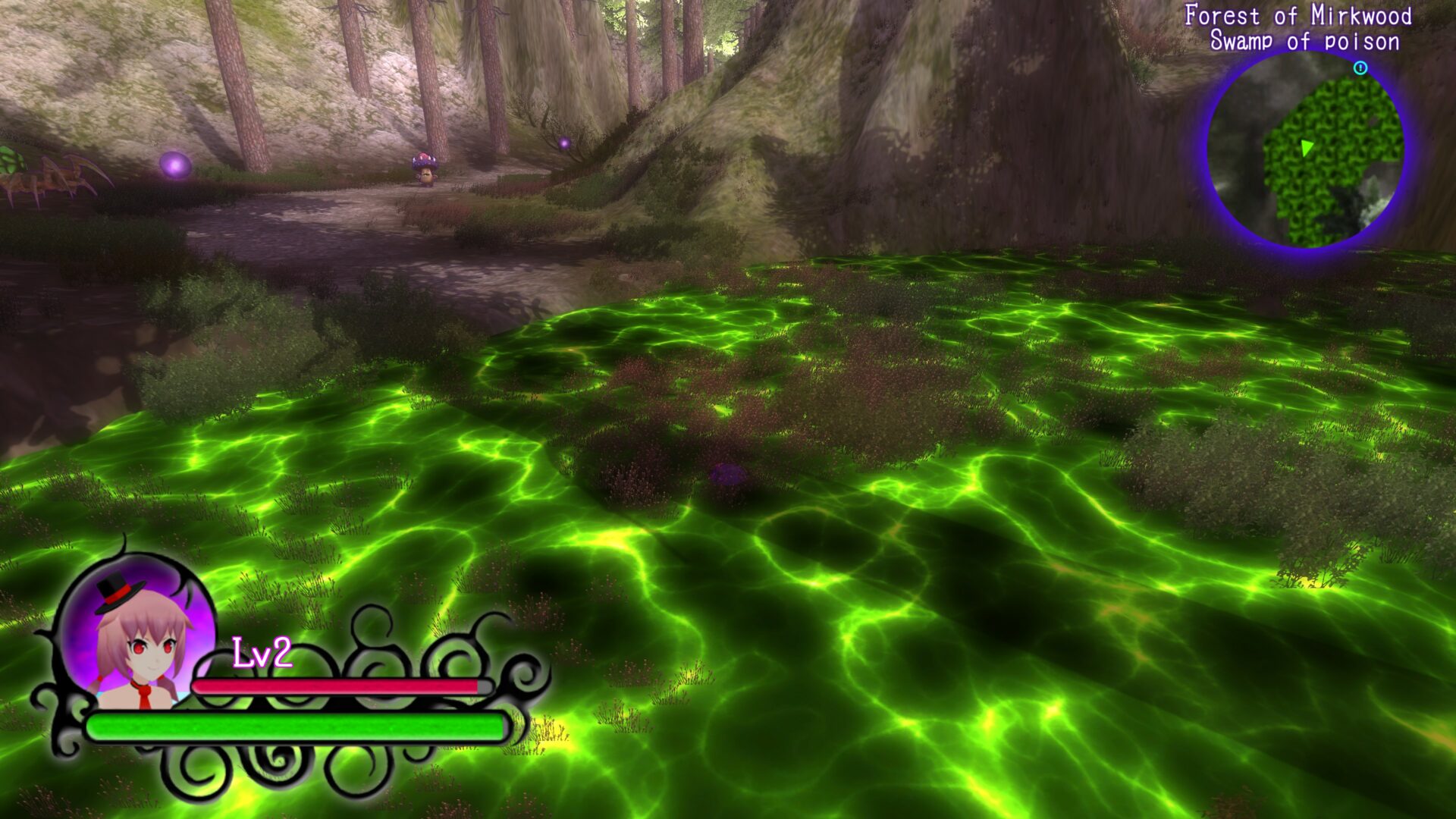 Graphics
Textures are barely sufficient on the main character and models in general.  There is an evident lack of polish and low-quality in environmental textures and a lack of any advanced mask or shader to speak of. Light effects are well done and that is good since the entire game mechanics revolve around shadows cast by light sources. Meshes and model complexity is also barely acceptable with the main character and her companion resembling a PS Vita ported game.  The enemies are sufficient, however the environment and props often have a low quality in appearance. There are no environmental effects, particles, or anything like that. The environments look stale and not at all alive and atmospheric as a background.

Sound
The soundtrack is one of the most annoying I’ve heard in the recent years, and without any option in the menu to individually decide SFX, Music and other audio options  – there is no Audio panel at all, I had to use the Windows mixer –  it can really become annoying. The sound effects for the enemies along with other things are barely decent and in some cases even comical.

Performance
Nothing to report, runs quite fine.  Optimized well.

AI
As you can expect from a platform game, the enemy AI is a simple chase and attack script, no big deal here, Boss AI could and should have been better to stimulate challenging and exciting fights, but that is not the case.

Quality of Life
Controls are quite awkward even with a gamepad.  You can definitely get the hang of it though, and there are no particular Quality of Life problems to speak of.

Bugs / Issues
You definitely can run off the map if you really try and climb some mountains. Apart from this, nothing else. 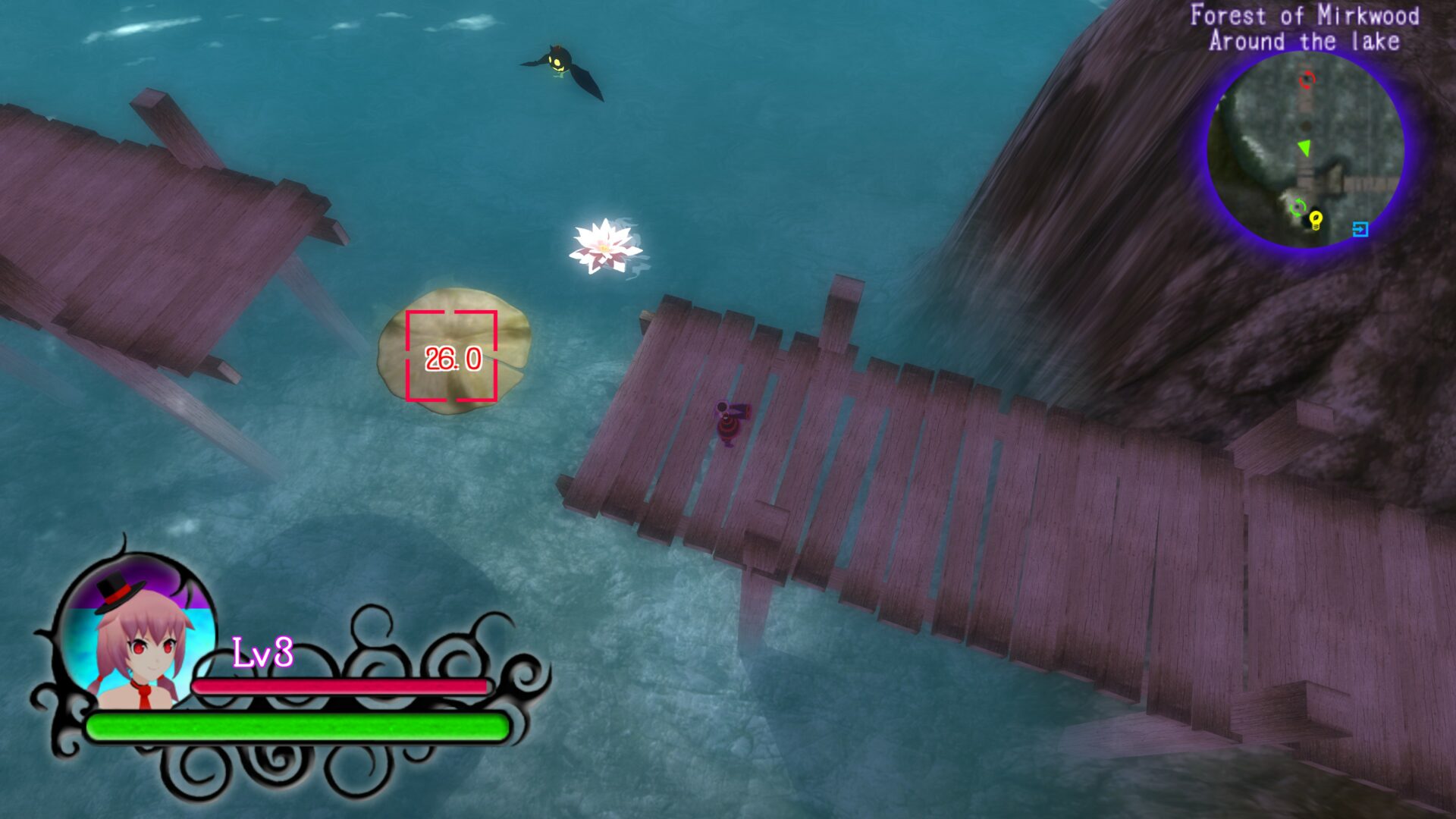 Schatte is an insufficient platform adventure title in many ways. If the developers could have pulled off some interesting gameplay and combat mechanics, but it was not the case.  It is a shame, since the shadow mechanic was quite interesting.