Sometimes, there a reason genres change over the years, and Samurai Riot may show us that

Samurai Riot is undoubtedly an homage to old arcade beat-’em-ups. It functions exactly like one: you have horizontal and vertical movement, and you fight a countless number of grunts on your journey. The only things missing are the flashing “Go!” arrows and a need for a sack of quarters. It’s set in… Japan? I don’t recollect it ever being explicitly stated, it’s pretty apparent. It’s slightly steampunk, but also laden with feudal era politics. The story is as cliche as it gets, and veers into borderline offensive material, with samurai archetypes shouting about honor every chance they get. The game has hand-drawn art, which was clearly loaded with passion. Some of the animation on the main characters is stellar. The music also is pretty bumping, blending more electronic beats with shamisen and koto. 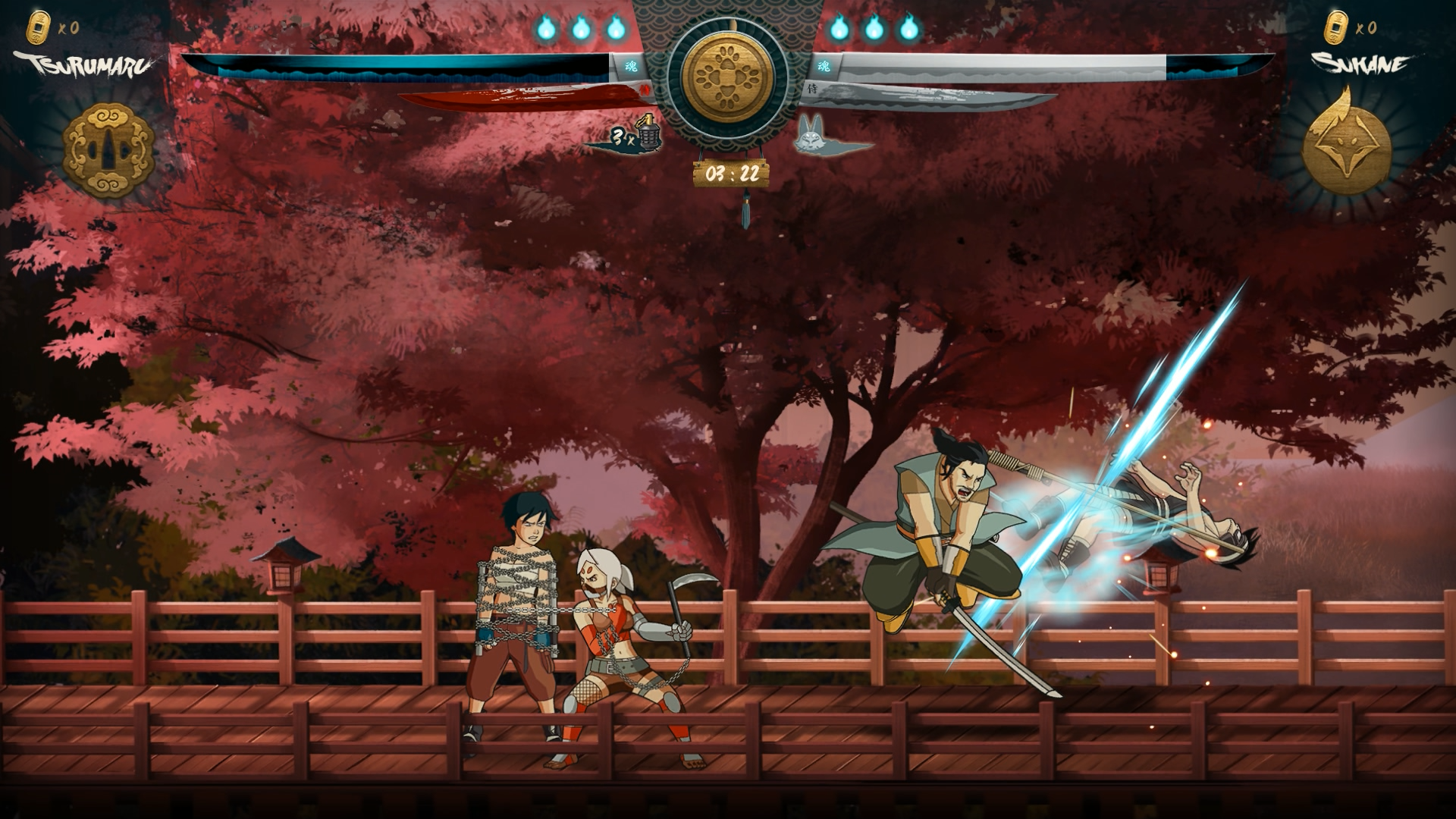 The thing about beat-’em-ups that you may remember is that they were way more fun when enjoyed with another player. Samurai Riot leans into this. Warning: the default keybindings on a keyboard are designed for two players, so they are immensely frustrating to use without one. It’s clearly designed for a controller. I didn’t have a second player by me. In this way, my review is probably skewed. But I’ll be honest: I found Samurai Riot pretty dull. Without a second player, the game is a lot like what the reality of those old beat-’em-ups were, which is kind of repetitive. I could easily see myself having more fun with this game with a friend by my side. 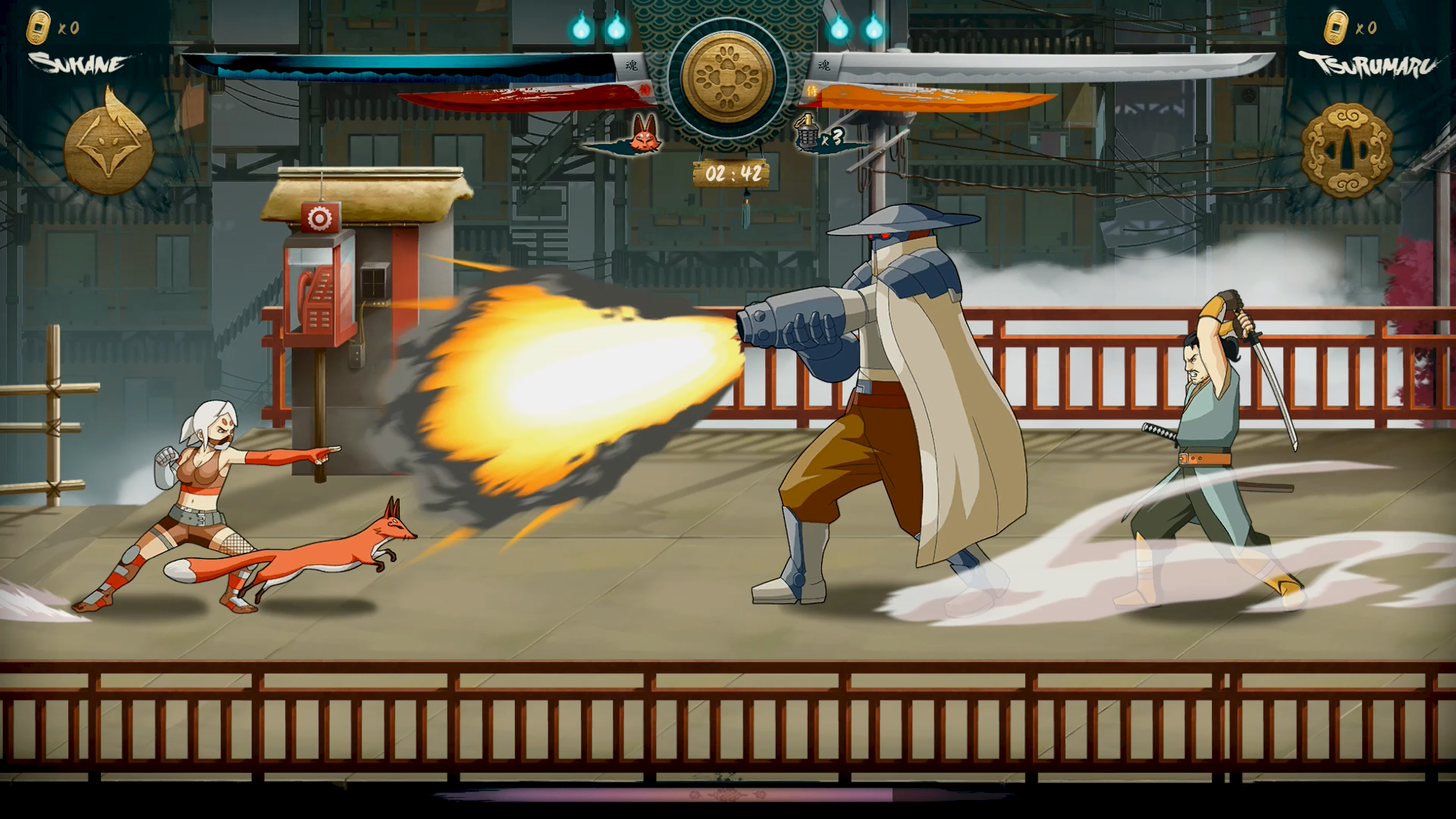 Because there are two players, you can pick between two characters, a ninja girl and a samurai man. They play similarly, but not identical. The samurai is a more standard character, attacking and blocking with a katana. The ninja, I found, was a way more interesting character to play. Yes, her breasts jiggle ridiculously as she walks, but she is far more fun to play. Her defensive option is a cartwheel, so she feels way more mobile. Her long distance and much of her abilities come from her fox companion, which sometimes has a cooldown, which creates an interesting dynamic of choice. Either way, both of these characters feel good, though a bit mashy. That story, while asinine, does have something unique compared to others: you make certain binary choices at the end of some stages, which will change the course of levels you will end up on. This helps with an arising issue: the repetition. 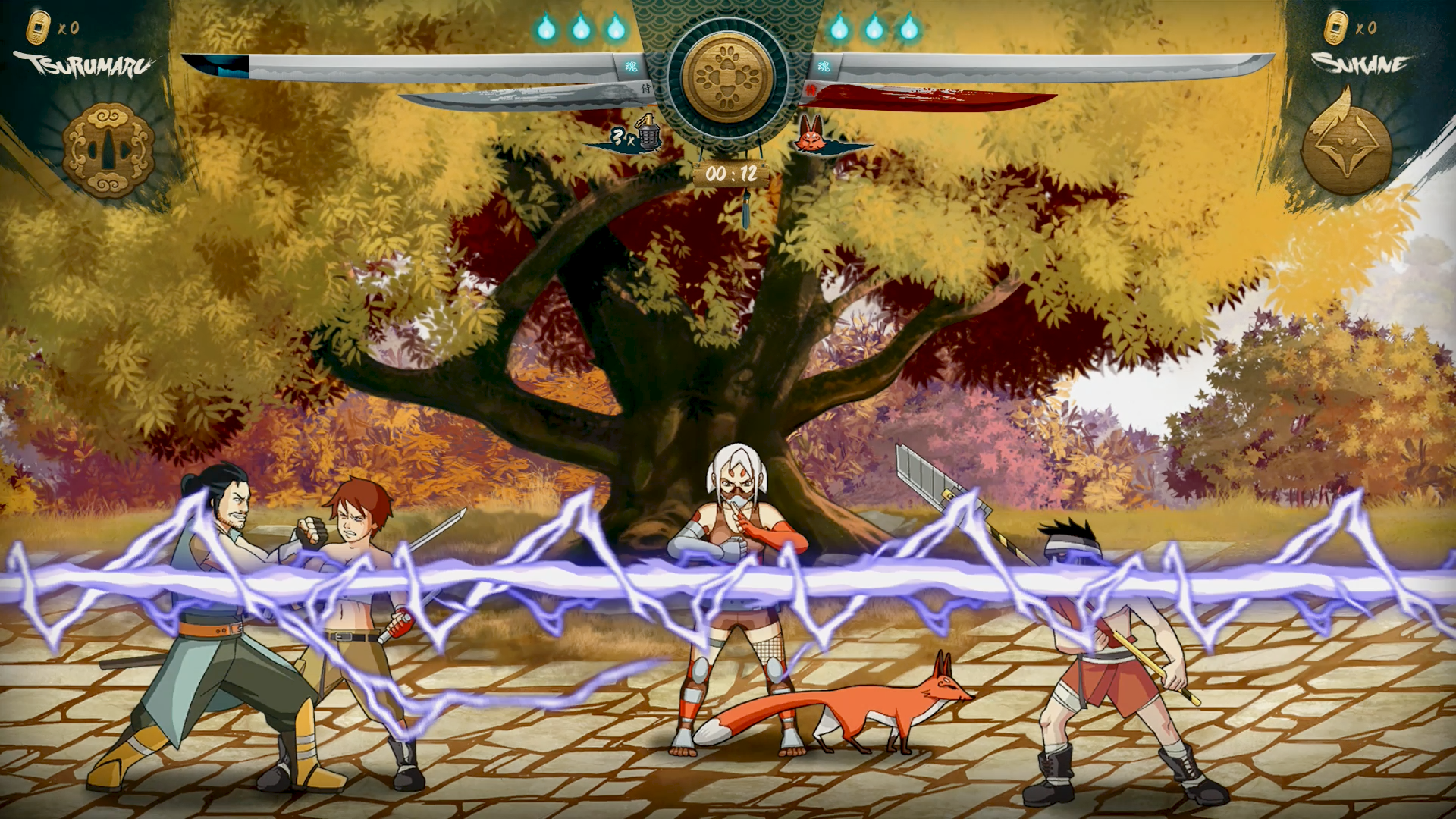 Samurai Riot hews close to it’s predecessors, almost to a fault. When you lose all your lives, you’re sent back to the beginning of the game. Back when these were in arcades, this design philosophy was used to squeeze a few more quarters out of players on the continue screen. When they were on home consoles, it was to artificially lengthen the game’s lifespan. After all, if you were to never die, these games would last about an hour. But in Samurai Riot, there doesn’t seem to be much of a reason for it to be like this. All it adds is a level of attrition that just gets annoying. This time, you have no quarters or cheat-codes to pop in to get to the end. You just have to start over. I have no qualms with difficulty in games, and there is a difficulty select option in this game. But death in Samurai Riot results more in sunk time than lessons learned. The levels are far too long, too, with too little variation to merit that length. You’ll fight at least a dozen of the same enemy before finally reaching a boss. The enemies slowly change from human soldiers to monsters, but it still grows exhausting. These levels lasted me usually around 15 minutes. If you die on the third level, that’s a half hour gone. This structure of a game doesn’t function well outside of an arcade, which is why these games changed radically when they left them. 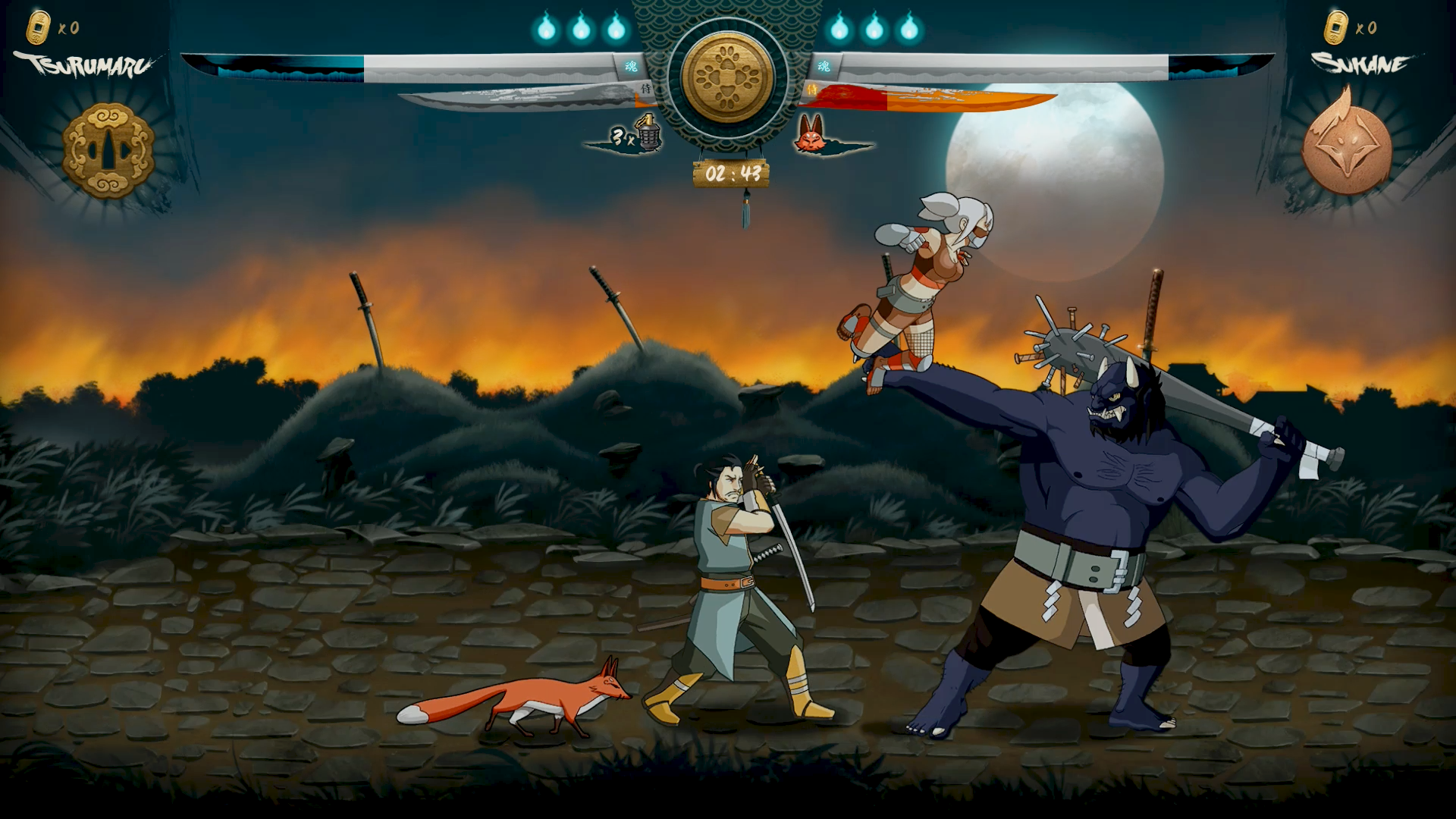 Samurai Riot is definitely a game meant to be played with friends. The goofy story and repetitive levels can be ignored when you’re sitting next to a friend, I would imagine. But without a friend, it’s flaws start to show. It’s a game that is stuck in the past in some capacities, failing to innovate where it could and should. It’s a fun blast to the past, but sometimes the past isn’t as great as we remember it.