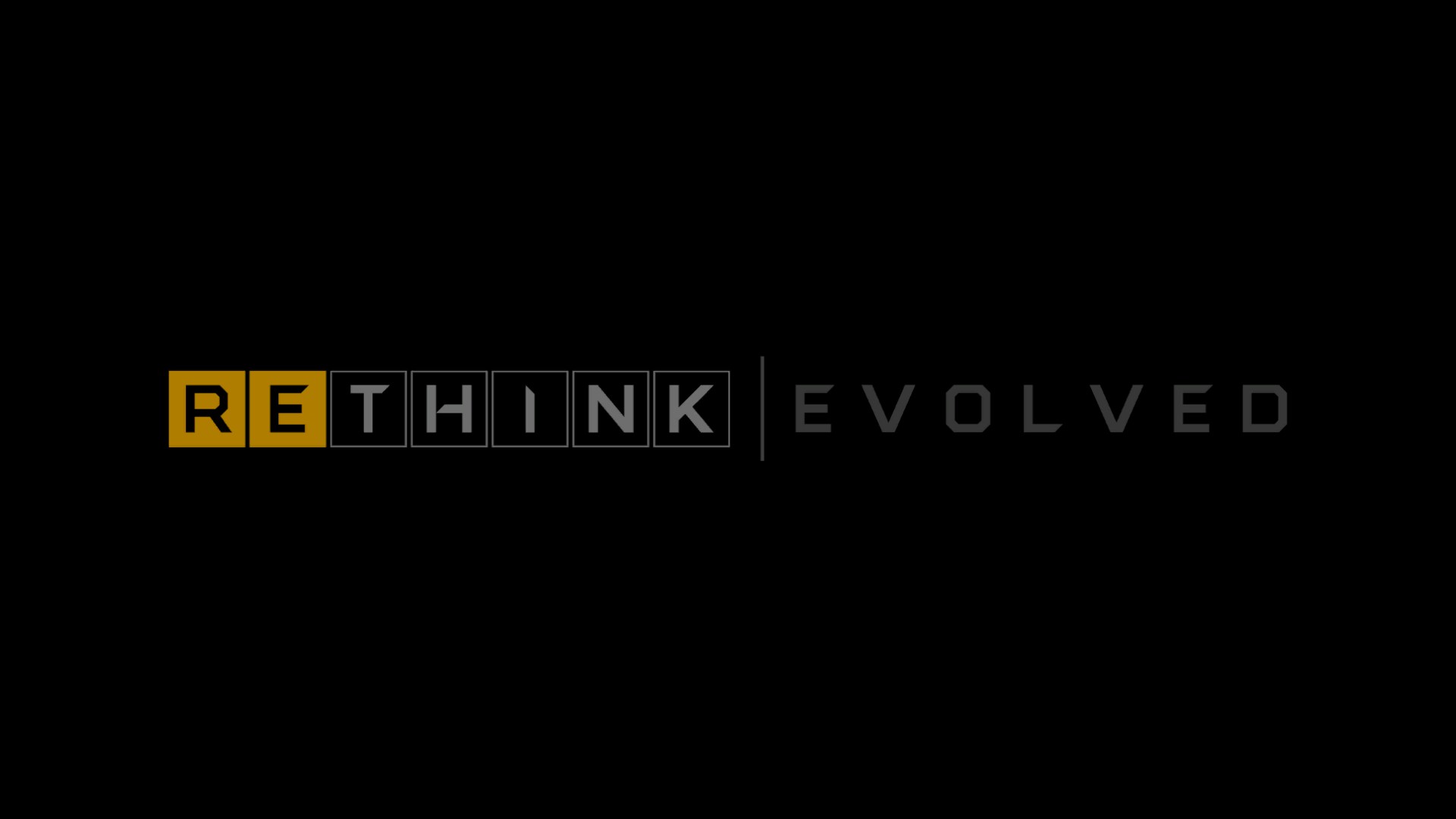 ReThink Evolved is more sophisticated and complex than it’s predecessor, while still maintaining rather beautiful visuals.

I tested out ReThink a while ago. While I was impressed with its graphics and mechanics, the puzzles themselves soon turned really simple. The spots for the mirrors that guided the lasers we’re fixed, all you needed to do was to walk from the end to the start to figure out most of the puzzles. Also, the introduction of new mechanics (think of them like tutorial levels) broke the flow and felt really out of place to me since they were scattered here and there along the game. There still are introductory levels for new mechanics, but they aren’t overly simplified anymore, there are also many new mechanics in this sequel that make the puzzles more diverse and offer multiple ways to complete most of them, which was one of the biggest gripes I had with the prequel.

Visuals are once again magnificent. I played the first game with my 960, but have since upgraded to a 1060 (the 6gb version, mind you), and yes, the candy my eyes are getting might be a bit too much to handle in large quantities. Levels are as plain as they were, an odd tree or a bush here and there but I still went through every corner, subconsciously hoping to find something hidden. There is a lot of empty space and corners in the levels, I personally liked that aspect, they don’t feel cramped, artificial and it shows that the level designer pays attention to multiple aspects of this product. It adds to the personality of this game. They all feel and look like different rooms instead of just another puzzle within completely white walls. I also liked all the random bits of scenery scattered along the corridors leading me to another puzzle.

The game boasts over 50 puzzles and two routes to choose from with different puzzles which intertwine after a few levels, presenting the player with the “main” levels of the game that are the same no matter which one of the routes the player chose earlier. Nothing too difficult, so casual players are also welcome to enjoy the challenges this game offers. Most puzzles seem daunting at first but open up piece by piece when exploring them a bit. The majority of my playtime has gone into testing out different solutions. Comparing this version to its predecessor, the puzzle complexity has been lifted up a notch or two by introducing new interesting mechanics, mainly the zero-gravity areas that bring verticality into the mix.

I found one minor annoyance in the otherwise great controls: There are times when I tried to put the boxes near each other, projecting to the same direction. Before you wonder why on earth would I do that, I mean those boxes that spread the beam into 2 (or 3) directions. It was extremely hard since I constantly knocked over the one behind me. I needed to have that one in place so that I could see the beam and where to place the next box. I didn’t find a way to turn to box while it was in my hands, it was always projecting the beam to the same direction where I was facing.
Later on, I noticed that I was solving the puzzle wrong way anyhow, so it really didn’t matter. The puzzles seem to be designed so that you don’t need to put the boxes near each other, eliminating this need. But you know me, I like possibilities. This isn’t a fault, just a matter of preference.

There are a lot of variables this time around. Before we mainly had mirrors that we connected to a fixed spot along with jumping puzzles, this time the mirrors have been switched to boxes that you can place wherever you want. This alone brings a lot to the most basic form of the puzzles. There are also a lot more targets this time around, not just targets in a wall.  I spend a good amount of time pondering those glass cube-targets where I needed to guide one beam through multiple boxes, that were annoyingly (in a good way) positioned so that my one beam just didn’t pierce every one of them, it was either the one or another.

Even though there are moments where we have to position our cube correctly for them to hit everything, especially with those that split the beam in two directions (or three), it never becomes frustratingly precise where you need to set the cube at the exact right spot. I saw a horror scenario with my mind’s eye about puzzles like that, thankfully, nothing like that was encountered. Also, the developer has been considerate enough to put markers on the screen when we pick up the boxes to see where the beam is heading.

The two new main mechanics in play here are the shield bridges and zero gravity areas inside the levels. Shield bridges are activated at specific points, letting you cross distances that you can’t jump over, and place boxes on them. We can activate only two at a time, so there’s a bit to think about.  Additionally, when we need to use multiple bridges while crossing gaps,  sometimes they’re needed to hold the boxes in the right place. Somehow these bridges left me with a feeling that they weren’t utilized as much as their potential would have allowed. Some kind of jumping puzzles to reach into higher areas, for example, would have been nice. There were a few jumps involving the bridges, but mainly a single jump from the “launcher” that launch the player to a certain direction, usually atop of a shield bridge.

Another mechanic that I mentioned, the zero gravity zones give us vertical freedom with our puzzle box placement. We can rotate the cubes in there as we see fit and that brings more variety and freedom to the puzzles. There were a few clever moments where I needed to tilt the puzzle a few degrees upward or downward to reach the goal. This was especially noticeable in the later levels when all of these are combined to get some really interesting puzzles that seem daunting at first, but are beautifully simple when solving them piece by piece as they open up. Some other mechanics that do not have such a large role as the two aforementioned ones include a movable platform and colored boxes that go through the same colored force-field. Those only appear sparingly.

I have yet to finish all the levels, I’m currently on level 40 at the time of writing, finished both of the paths up to that point but I haven’t seen the rolling balls from the first one yet. I was a bit mixed on them when playing the predecessor, so I am not quite sure if I liked them or not. One thiI’di’d have liked to see more though, are the jumping/pressure plate puzzles. They were fun in the last part, especially in the final levels when I had to jump on different platforms varying in height. Combining them and the shield bridges….. Would it be too much or a parkour game? Would it become a spin-off in this universe that these two have now started to build?  Hard to say. 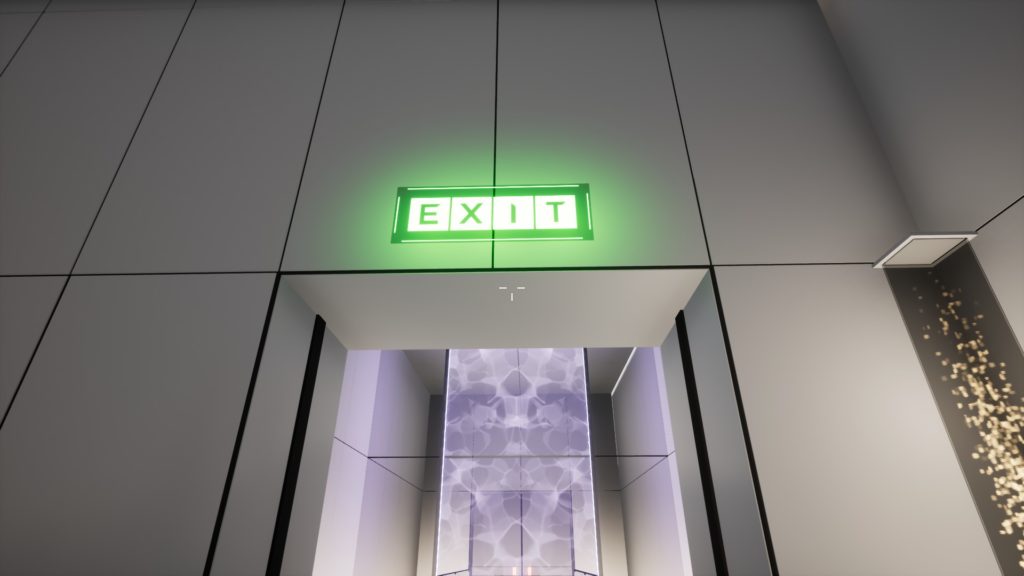 YES! If you liked the original, this is a clearly redefined and, ahem, evolved version of that. The new mechanics bring a lot more challenge to the puzzles and offers us more than one way of solving them, but it never goes hardcore. Even the players who aren’t necessarily number one fans of this genre could enjoy ReThink Evolved without becoming frustrated. Compared to the first, the new game features harder puzzles and more complex situations with, stylistically, more of the same, and it’s a good thing. I would have preferred this to be a bit more demanding with the puzzles, but I’m accustomed to playing all my games on the hardest possible difficulty, so i may be a bit biased on judging the good difficulty for the general audience.