This French Indie platformer is now officially complete. Is it something to dive into, or set your alarm early?

Dreams are interesting things that people still can’t quite fully explain. So it only follows that video games, which display fantastical situations anyway, would take that potential and use it to take things even further. Whether it’s used as a way to have a strange world with a lot of bizarre set-ups, like Kirby’s many adventures in Dreamland, or to have a somewhat surreal experience in a more grounded adventure, many titles use them. Pankapu is one of the former and is actually fairly similar to the Kirby franchise (or at least the first couple titles), featuring a cutesy protagonist trying to rid his world of nightmares.

This tale is framed as a bed-time story told to Djaha’rell, a young girl troubled by events in the real world that seem far more serious. Her story is mostly told through one-screen flashbacks and takes a little while to explain itself. Pankapu‘s adventure is obviously meant to parallel her own, of course, with him making friends and helping them become courageous, that sort of thing. It’s done well enough, with a mythology you can flip through a codex of, and some good dialogue; which is good, since there’s plenty of it in cutscenes and levels. 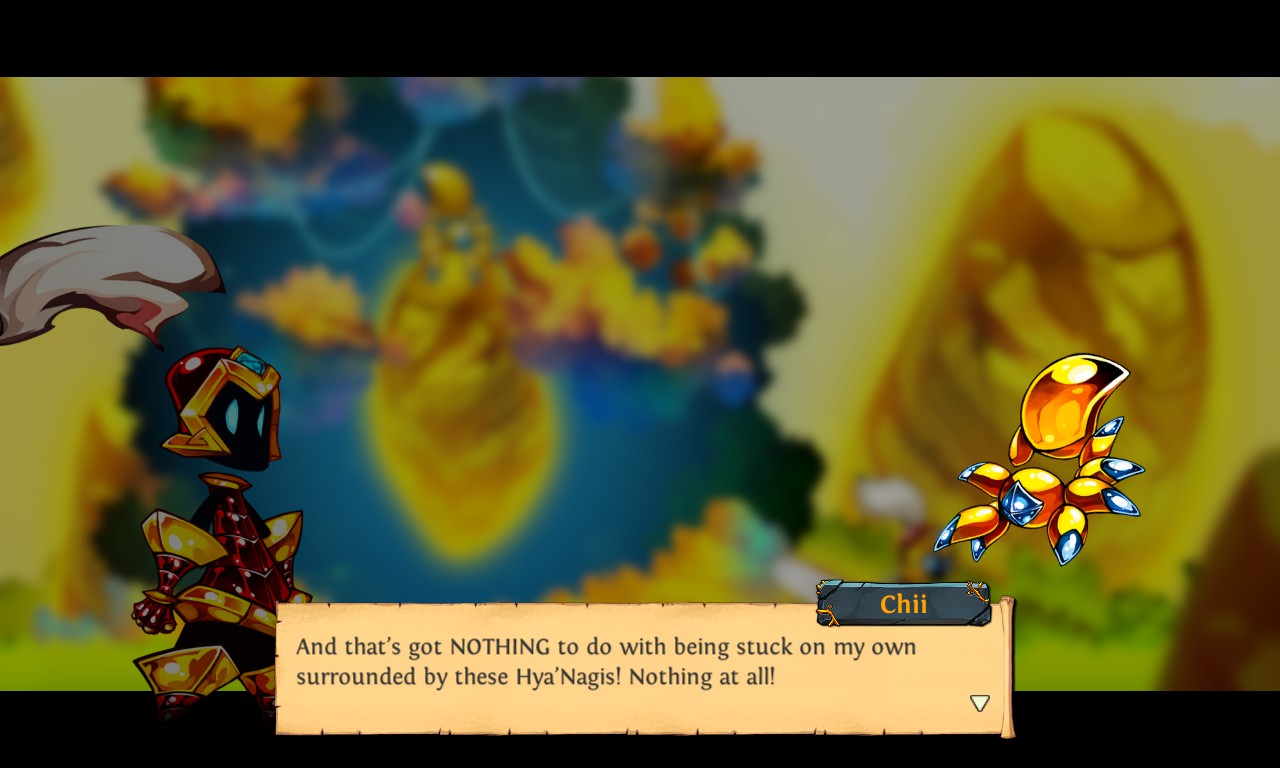 …At least, At First

The gameplay in Pankapu is simple enough. You move across the map, picking levels as they open up (typically in order), then moving through them to the end. In your way are platforms and nightmares, which you deal with by smacking them with Pankapu‘s weapon: a sword to start off with, although he can get other forms that use different ones.

Pankapu controls perfectly, with every jump or fall being completely right. Levels tend to be on the short side, but with plenty of secrets to them, such as spirits you can find (after unlocking the ability to see them).  Gathering enough of them grants you pieces of another health point. You can also find those in levels by themselves, along with an extra maximum charge for your special attacks, and upgrades to your attack damage.

At first, I thought all this was unnecessary, since the game seemed fairly simple, but by the end of the first area things got more complicated, and it ratchets things up a fair bit in the next one, where you get access to Pankapu’s Archer form. It and his default Warrior form have different moves for different situations, and there are soon areas where you have to quickly swap between the two under pressure.

The game’s difficulty though is well-balanced. There are individual sections that can be quite tricky, and I did die a fair bit, but checkpoints are plentiful and restore your health in full, meaning you can get past a section fairly well. So overall the game is creative and requires some skill, but isn’t overwhelmingly punishing, making a good balance. These guys really understood what makes a platformer work. 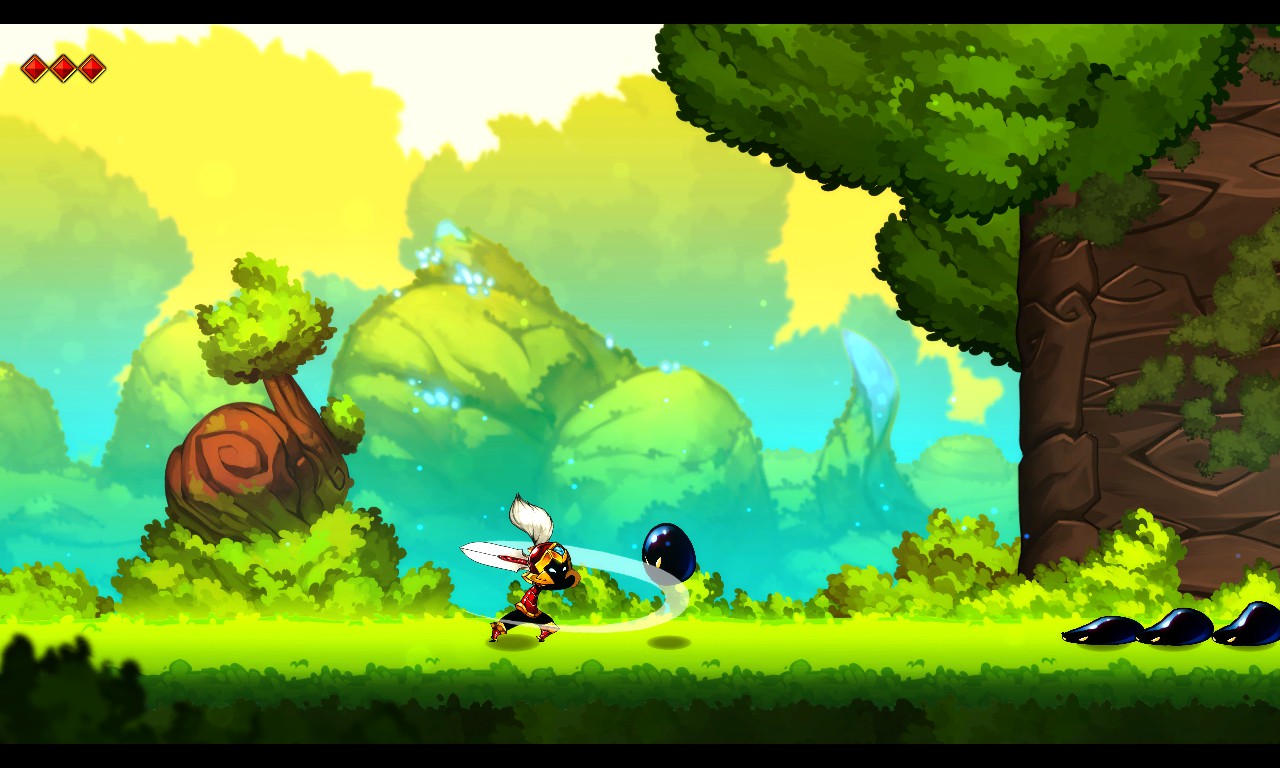 If you looked at this game’s page before, you’ll probably have seen some negative reviews on it, owing to the game originally being an episodic one. I can understand this somewhat since the game was clearly incomplete before: after the boss fight in the second area, it seems like the game just stopped, with what may as well have been a ‘To Be Continued’ screen. Now though it’s totally complete; my playtime through the initial content was about six hours without going back to hunt for items or spirits, so if the new stuff matches then I can’t see any reason not to pick up the full package, or complete the game if you got the initial release. 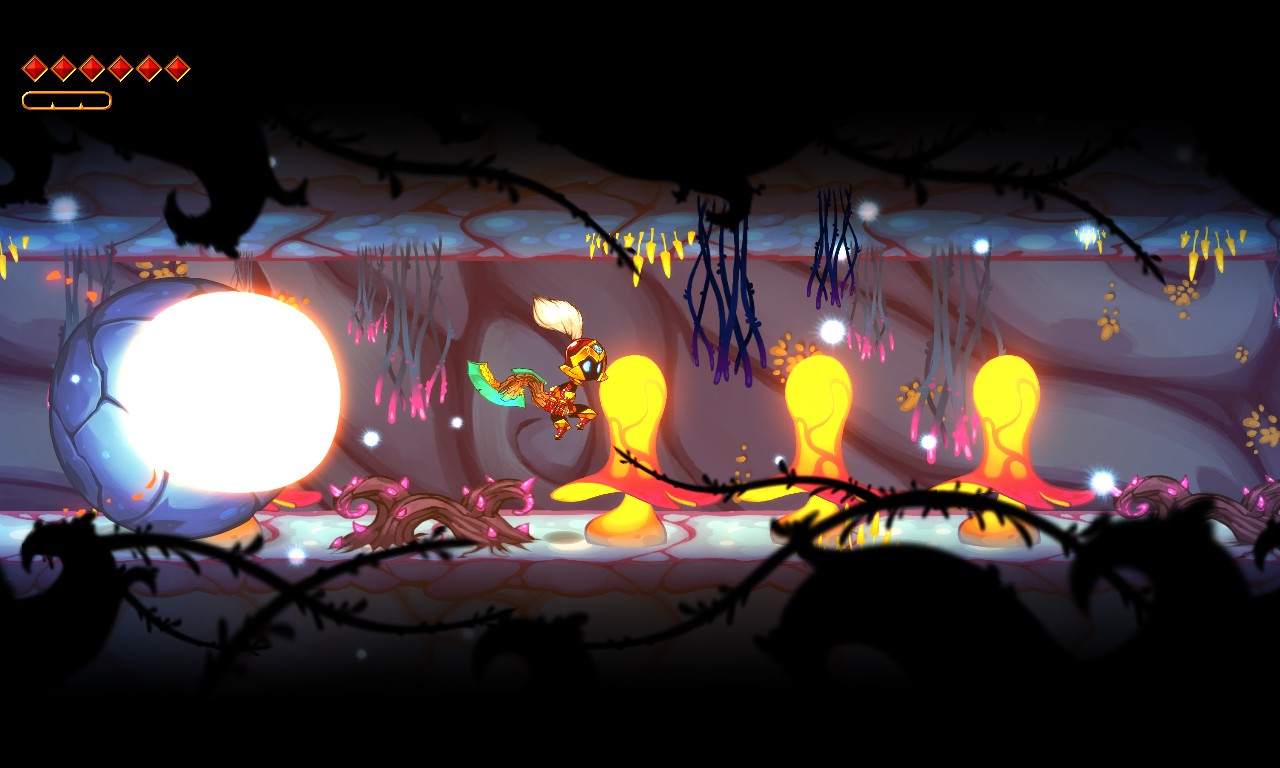 Pankapu is far from the hardest platformer I’ve ever played, or the deepest, but I found it very solid all-around, and kind of addicting to play. It took a little while to be completely finished, but I see no reason not to heartily recommend it.