Roguish fantasy not quite fulfilled in this randomly generated racer

There’s a great scene in the first Star Wars film where Han Solo boasts that the Millennium Falcon made the Kessel run in less than twelve parsecs. Disregarding the fact that a parsec is a unit of distance, not time (something that has been retroactively explained with black holes (of course)), Han continues to explain how fast and badass his ship is. He comes off as cool, cocky, and like a damn smooth criminal. SmuggleCraft is a game about that feeling. It’s a game about building and managing your ship, shipping contraband and feeling like a chaotic neutral smuggler. Unlike Han Solo, however, the player runs his or her business on a barren, rocky planet full of the kind of empty space for which people would build really fast vehicles. It’s all designed with this pastel low-poly aesthetic, with just enough detail as you speed through the environment to an excellent chill synth soundtrack. 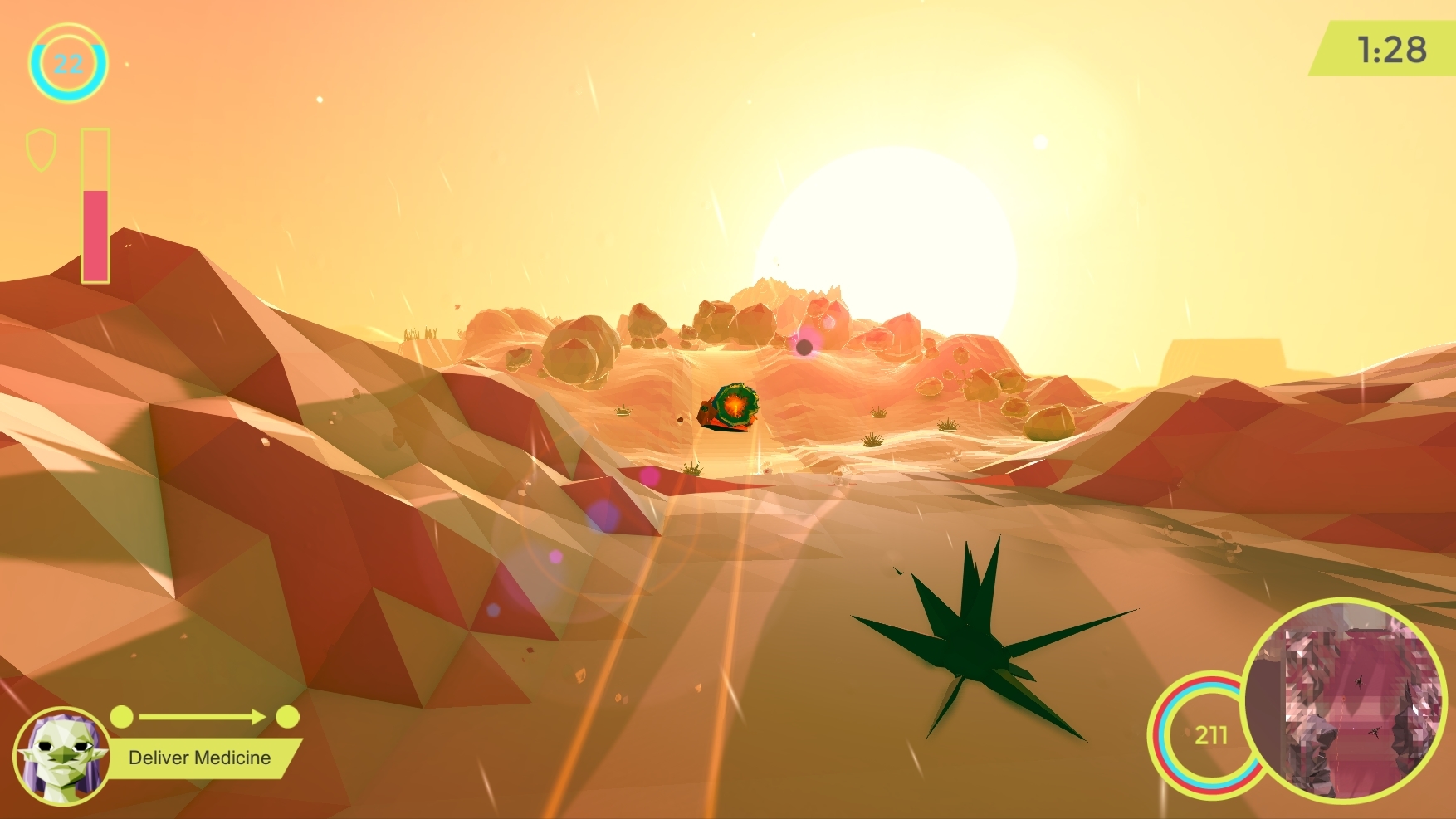 SmuggleCraft starts you out indebted to a local merchant, who helps you off the ground with your hovercraft. With that, you need to get to work, because he’ll be needing payment by tomorrow. Of course, you could refuse to pay him, if you’re willing to deal with the bounty hunters he’ll sic on you while you work. So you run odd jobs for the locals, of varying legality. They’ll reward you with credits or parts, both of which are used to upgrade your ship. These jobs are usually some form of A-to-B drive, sometimes A to B to A, or even the occasional race. With some of these, you can return the goods you were sent with, or grift your employer and sell them to someone else if they offer a good deal. You might also start to get the heat on your tail if you take too many less-than-legal jobs. All of these little quirks fill out the roleplay to a great extent. You start thinking like a smuggler. On the quest screen, you can talk to locals (who, I will be frank, look pretty bad aesthetically), who range from young kids telling you they look up to you to people who just straight up tell you, “You’re a bad person.” For a game with little-to-no “actual” world, it’s filled with flavor. 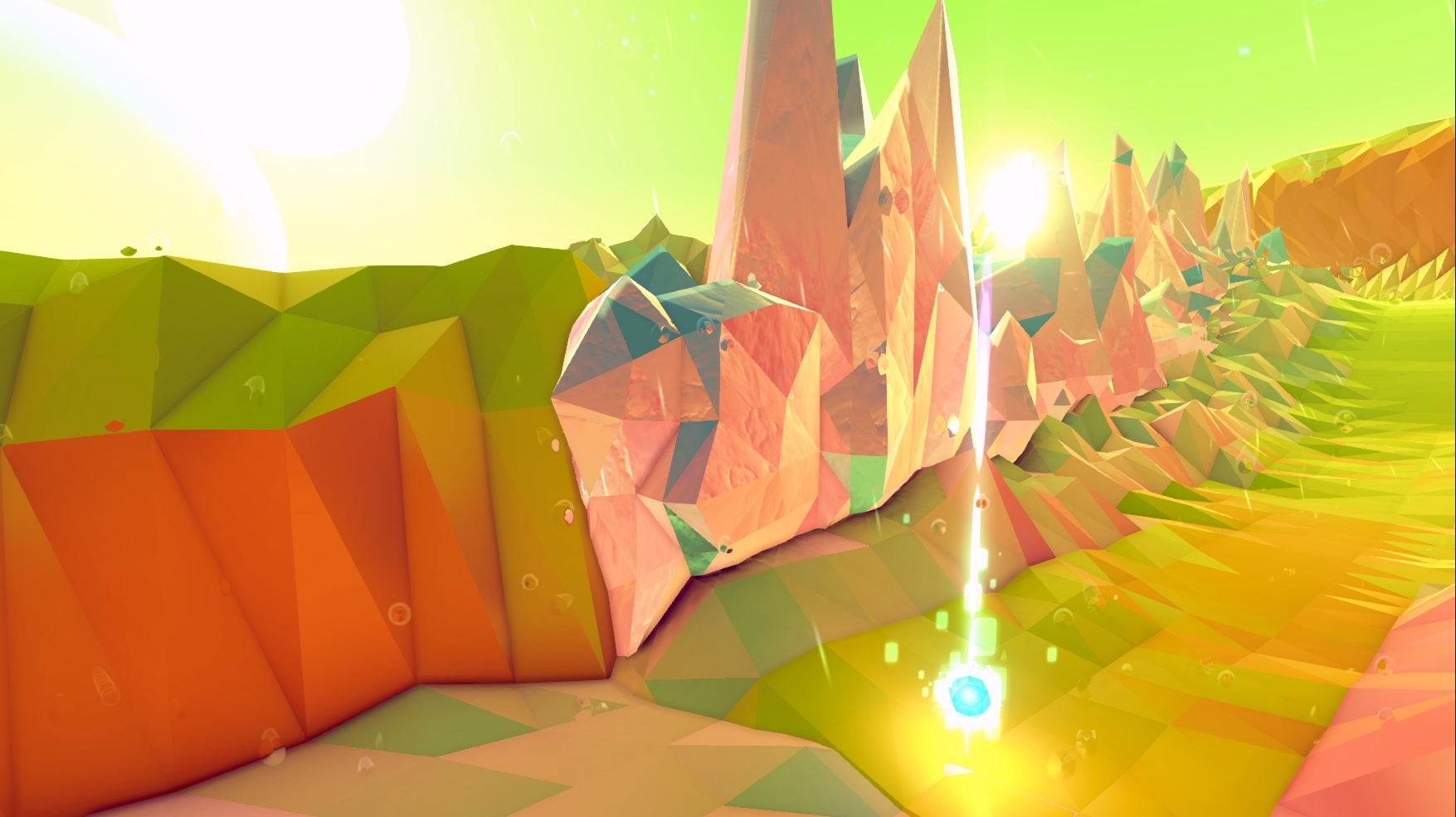 But when you’re out of the quest screen, you’re on the road. And there is a lot of road in SmuggleCraft. A lot of empty road. The game is randomly generated, as many games are now, and this is probably SmuggleCraft’s biggest flaw: the maps generated are boring. The racing itself is highly simplistic, too. There are customizable ship parts, but they don’t seem to change much mechanically. There’s fast, and faster; the upgrades are really linear, as well. The majority of the gameplay is spent holding down accelerate and guiding the control stick a little to the left or a little to the right so you can hit a boost or grab some energy for your ship. Within thirty minutes, I was already bored with the driving. The maps are big and barren and have a large set of little sections recurring in different orders. Occasionally, I would encounter a new segment, but they all played the same.  Honestly, I wanted the bounty hunters or the police to get on my tail so it would give me something to actually do on these maps. The core gameplay is so boring and so nothing that it totally took me out of my wonderful Giraud-style fantasy world and reminded me I was using a controller.

SmuggleCraft is a good start. It feels like it’s in Early Access. I was more than ready to get wrapped up in its fantasy fulfillment, but it took me right out of it with its bland maps and simplistic gameplay. I seriously believe the game would have benefited from a set of handcrafted levels, a dedicated campaign, or maybe some form of combat, or just anything to give this driving more depth than it has right now. Because right now, there’s a lot of road, and not enough rubber to hit it with. 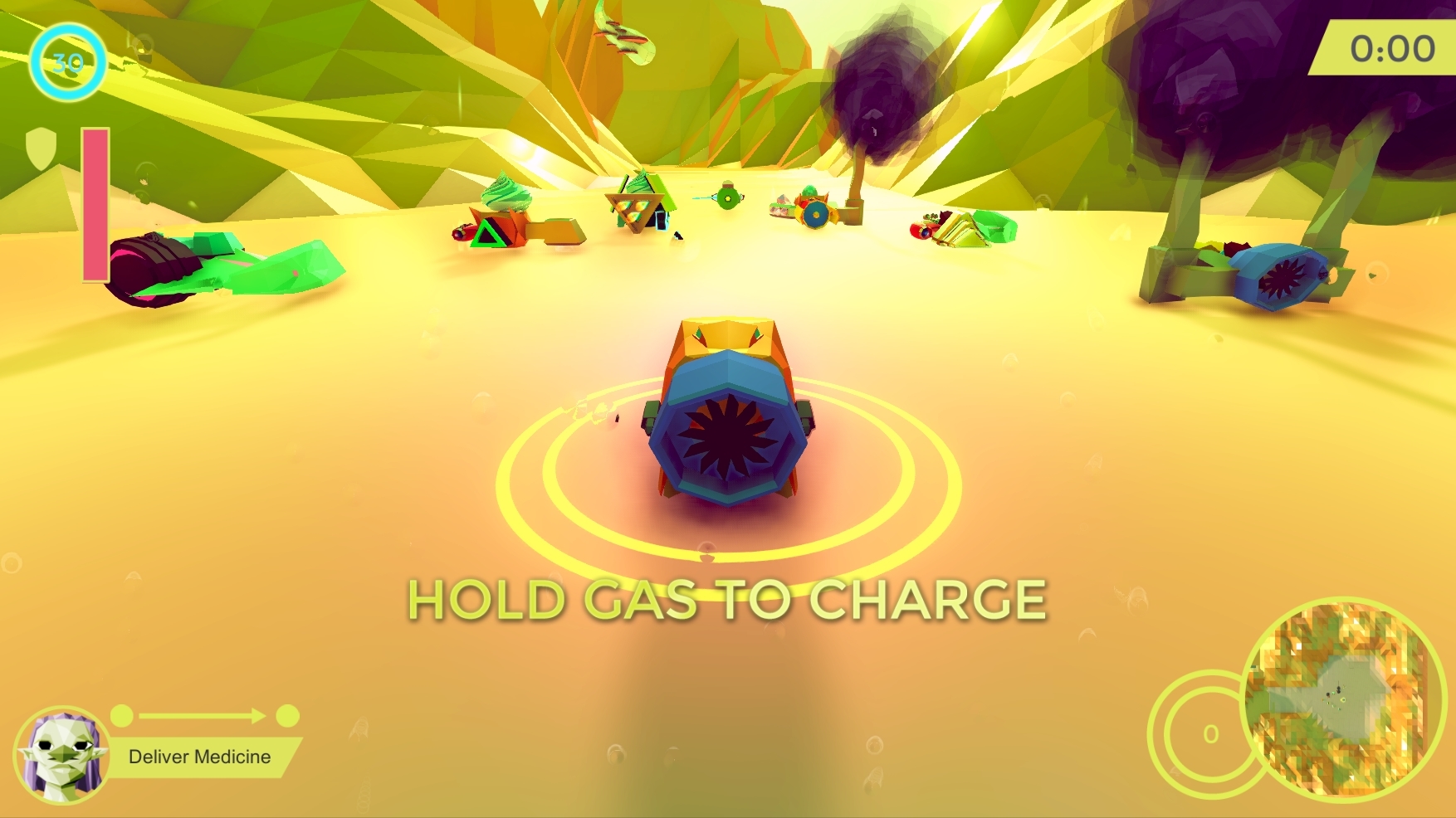