Landless is a new entry in the post-apocalyptic open-world survival crafting genre, set on a waterlogged Earth.

Landless is the debut Steam title from indie developer, CodeBullet.

In Landless you play an unseen and unnamed woman living on a little boat in the post-apocalyptic Earth of the future. The seas have risen far beyond the most pessimistic predictions of global warming spruikers, leaving the remnants of Earth’s population clinging to survival on boats, floating towns, and the few very small islands of land that remain.

You begin the game drifting along on a semi-procedurally-generated ocean-based map (some components, such as the first town and research tower, are fixed in every game). There’s a brief tutorial that introduces you to some basic principles: starting, moving, and stopping your biofuel-powered boat; interacting with people; and gaining strange black boxes by destroying the increasingly well-defended “Ecotech research beacons”. These you can then trade for technology points to buy new blueprints for crafting. The economy is based on “woil’: whale oil, which you can use to buy most goods from traders, and also have to spend to craft items, but which seems to be strangely unobtainable from whales.

There seems to be quite an interesting back story with various factions, but currently, it’s only hinted at here and there, so I’ve not yet learned enough to know what’s really going on. Unlike many survival sandbox games, though, Landless has a quest system so your tasks are a bit more goal-oriented than many other games in the genre.

Ultimately, Ecotech seems to be the enemy. Destroy Ecotech towers to unlock cool stuff, collect resources and craft other cool stuff, and try very, very hard to not run out of fuel.

Landless is played in 3D from first-person perspective. I feel a bit mean saying it, but honestly, most of the graphics are not that great. The game looks like a low-budget Waterworld. 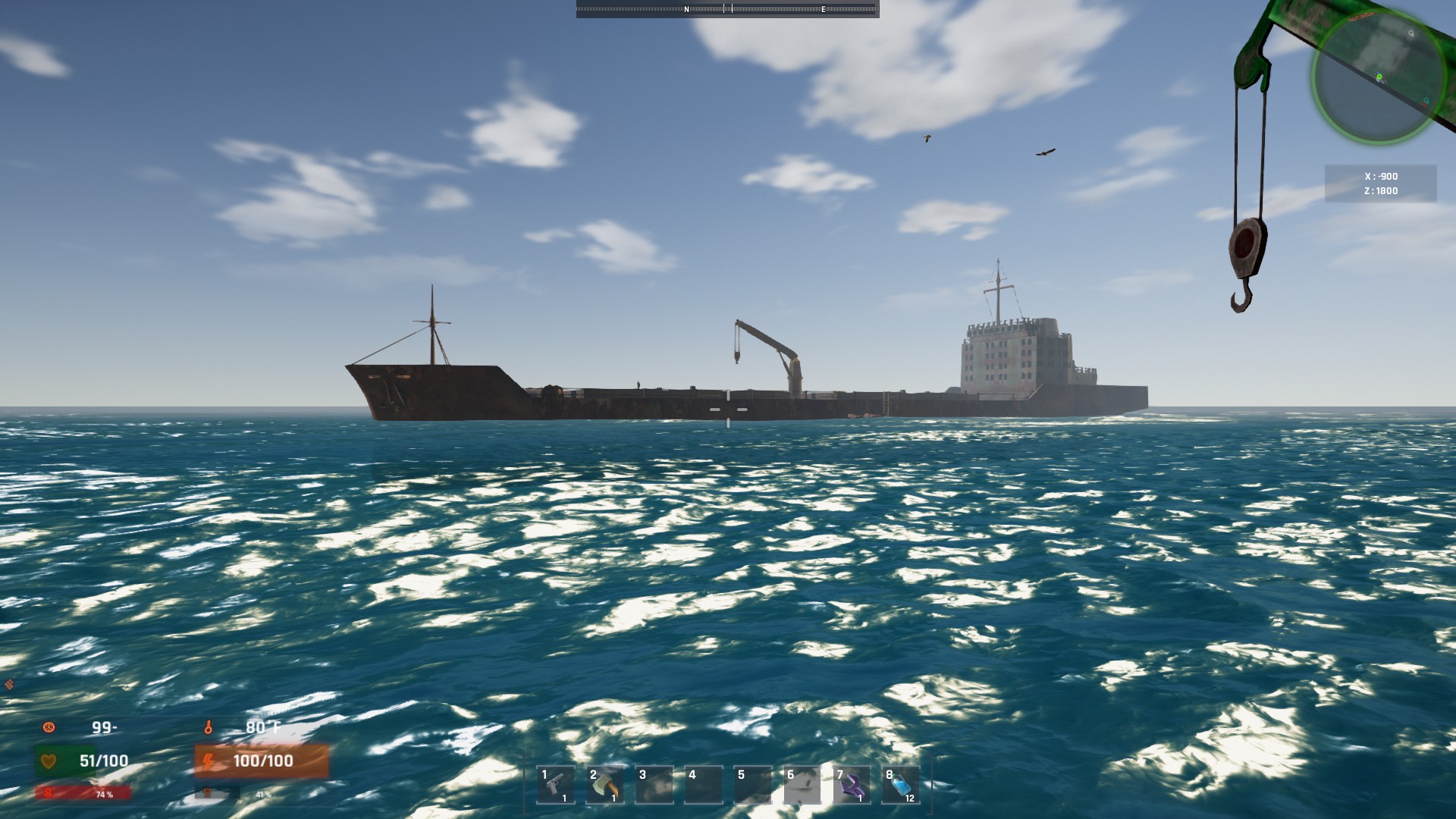 Characters are poorly modeled and animated. Most of the world models and textures don’t look much better, though there are a few exceptions. When you swing your ax, little cut marks stay visible for a few seconds, like crosshatching in the air. The underwater sections (deep diving and swimming) somehow look even worse. And for a game that’s set in a world almost completely inundated with oceans, the water is even disappointing sometimes. 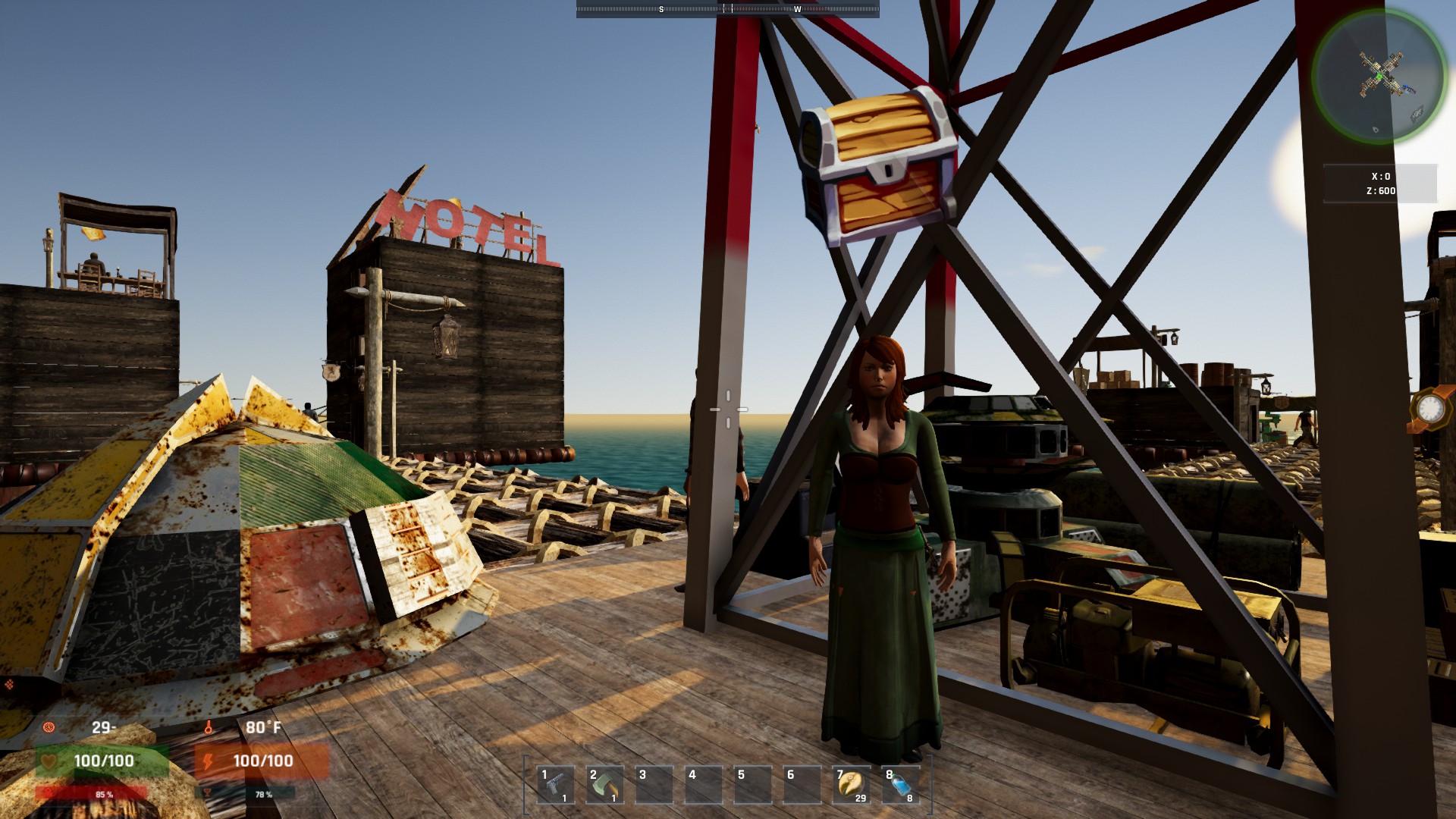 Okay, now that’s out of the way, I will say that the waves look pretty nice, as does the day-night cycle. It’s lovely and peaceful just drifting along under a full moon and the starry sky, and the sunset and sunrise coloring and water reflections are quite nice to look at, if not completely realistic. Shadows aren’t bad, either, and some of the models are okay. 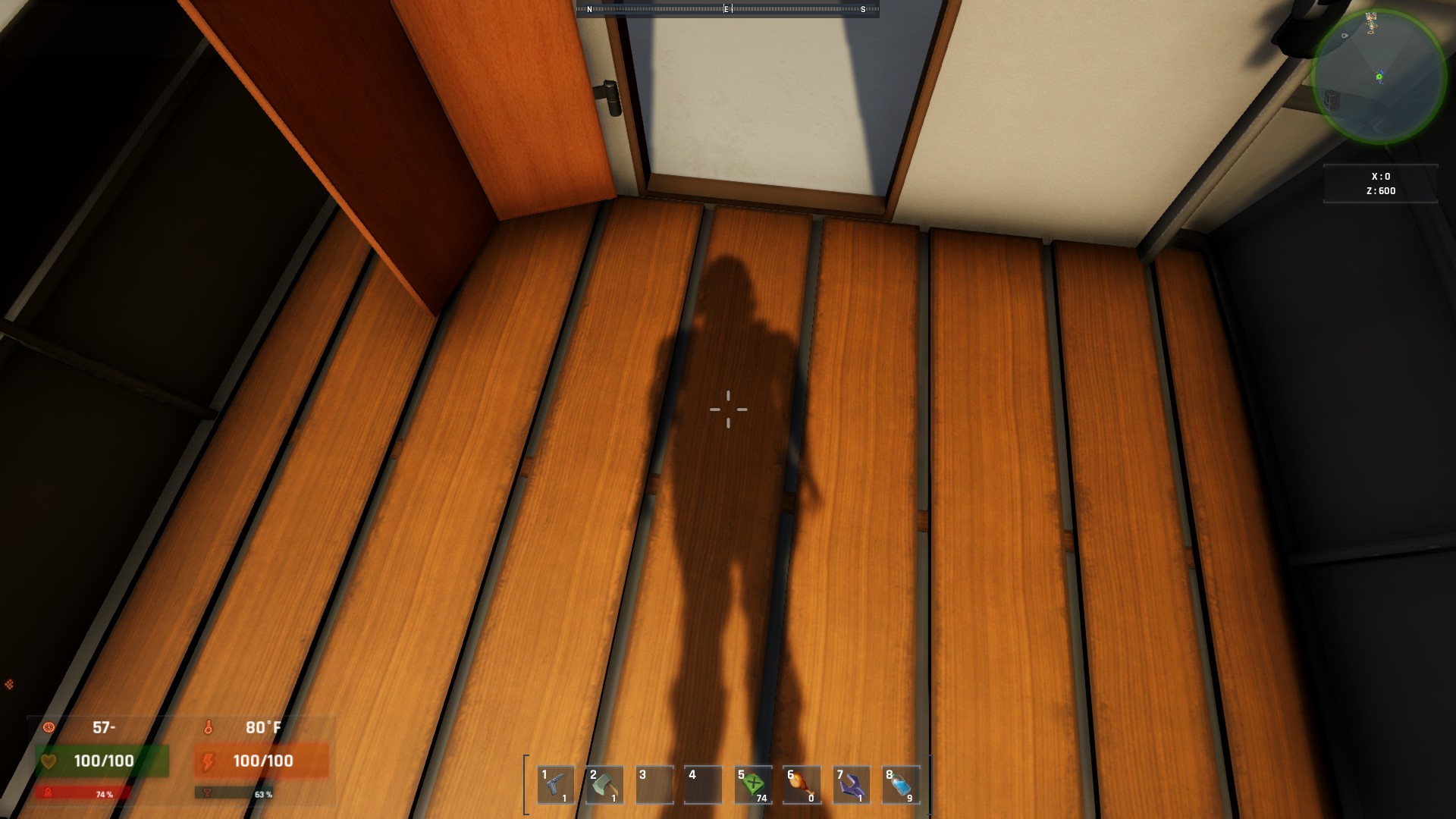 The interface isn’t that great, either. Parts of it aren’t exactly obvious, and some sort of highlighting of in-game objects when you’re near enough to interact would be useful. There are missing tooltips and some icons that aren’t obvious as to what they mean. This all creates a steeper learning curve than necessary, but once you work out what you’re doing it’s not so bad. ProTip: press ALT to enter ‘cursor mode’ so you can select interface icons.

There are a few graphics options, but no V sync; running the game made my GPU fan go pretty wild. 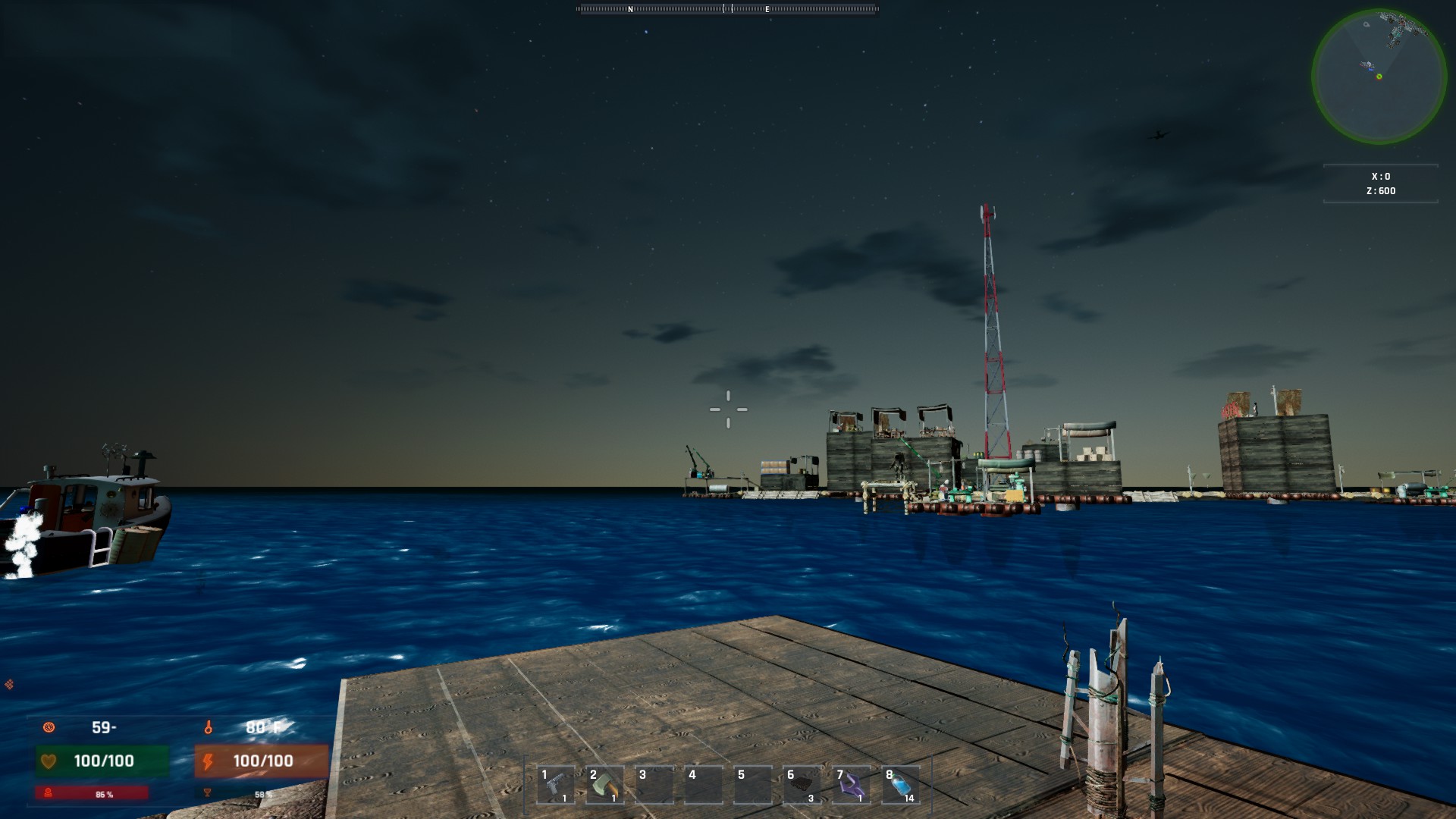 I’ve only heard a very small number of music tracks and they get a bit repetitive. There’s a simple and catchy tune that makes for good traveling music. There’s also a western saloon – style ditty in towns, and a higher-tempo, dramatic combat tune. I think that might be it. All are well produced and sound pretty nice.

Sound effects are okay, but nothing special. The boat’s motor sound seems a bit too loud, while gunshots seem very quiet, but it could be the weird volume controls causing me issues. I turned it up to full to start with and had hideously loud distortion even though my system volume was only set to about 20%. I eventually got it adjusted so there was no distortion, but normalization seems off.

There are no voices, I think. 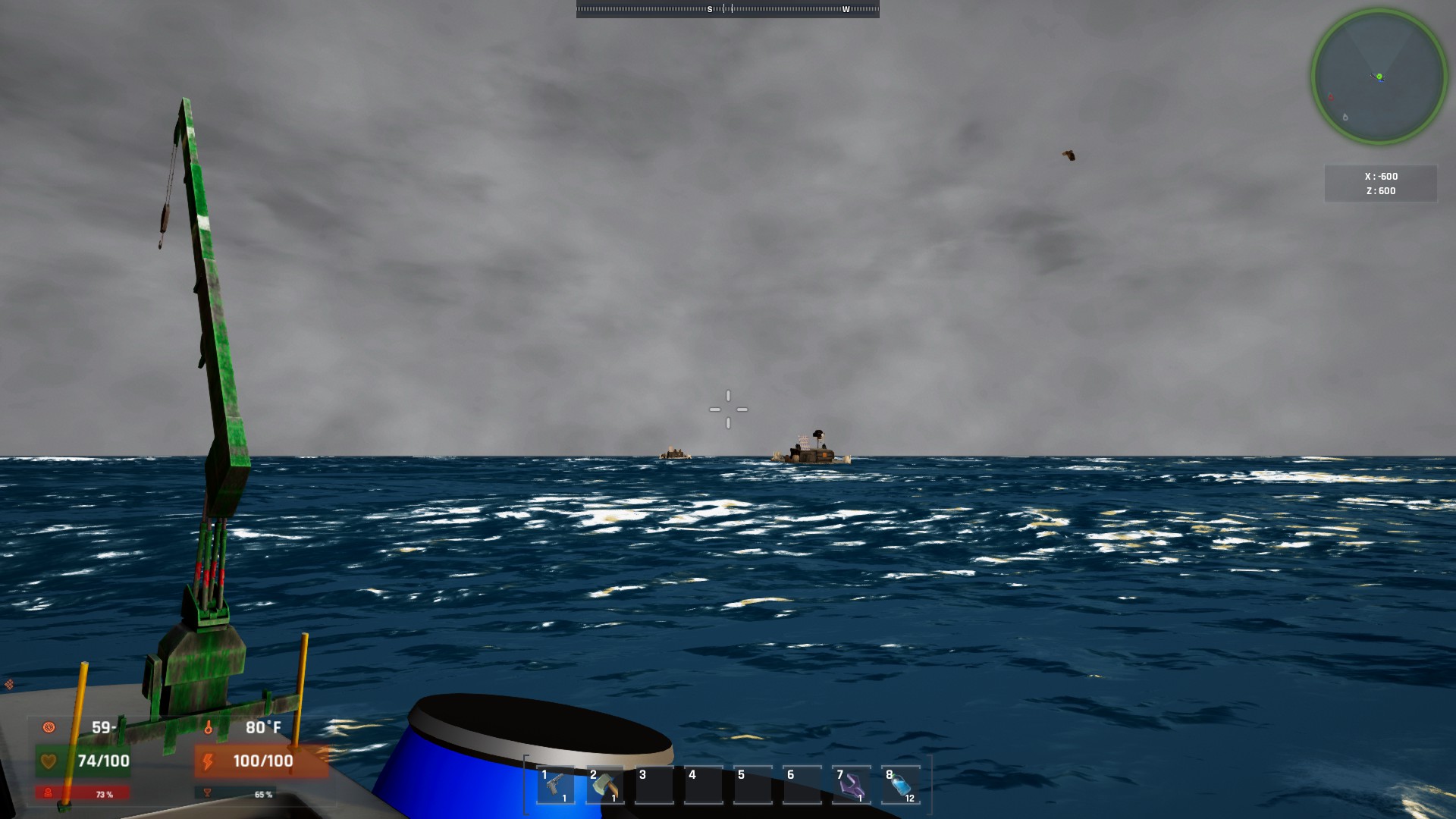 Landless’s controls are pretty typical for a first-person shooter: WASD to move, mouse to aim and shoot, and a handful of keys to interact with the game. The default keys are okay (though some don’t work) and are remappable, but at the moment only from the standard Unity launcher when you first launch the game. I’m hoping the developers will add some in-game control settings. 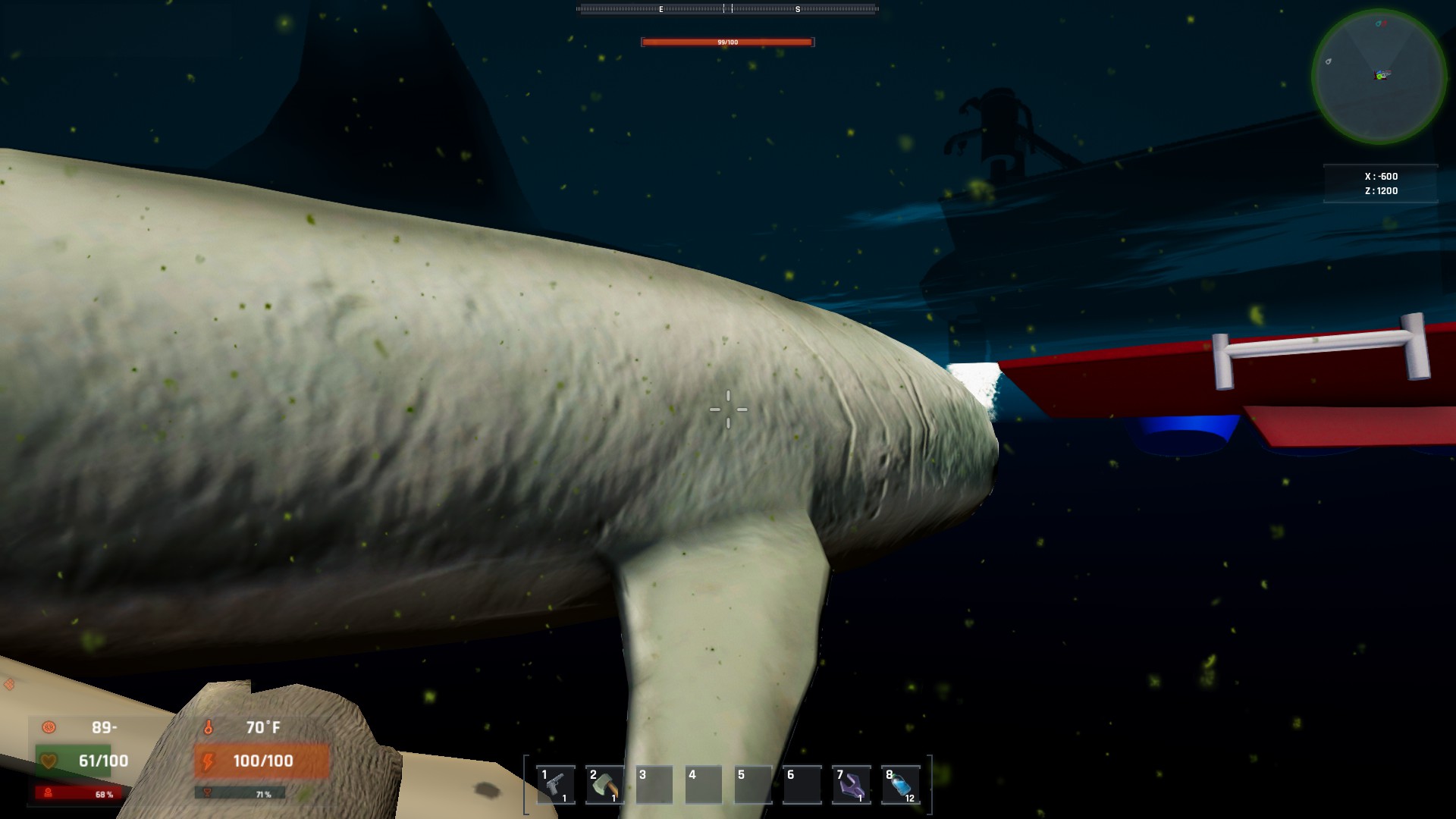 Basic gameplay involves puttering around in your boat looking for loot (randomly spawned floating boxes are common), blowing up Ecotech towers (fighting off the pirates that come out of nowhere to attack you), collecting basic materials, crafting, and taking on contracts (side quests) that come in on the radio. You can also fish, trade, and explore, as long as you have enough fuel. If you do really well, or visit a town with a deep-sea diving suit, you can also dive down to the ocean floor and look for more loot among the old rusting hulks of ocean vessels, as well as detritus from the old surface cities. It’s not as grand as it sounds, though. 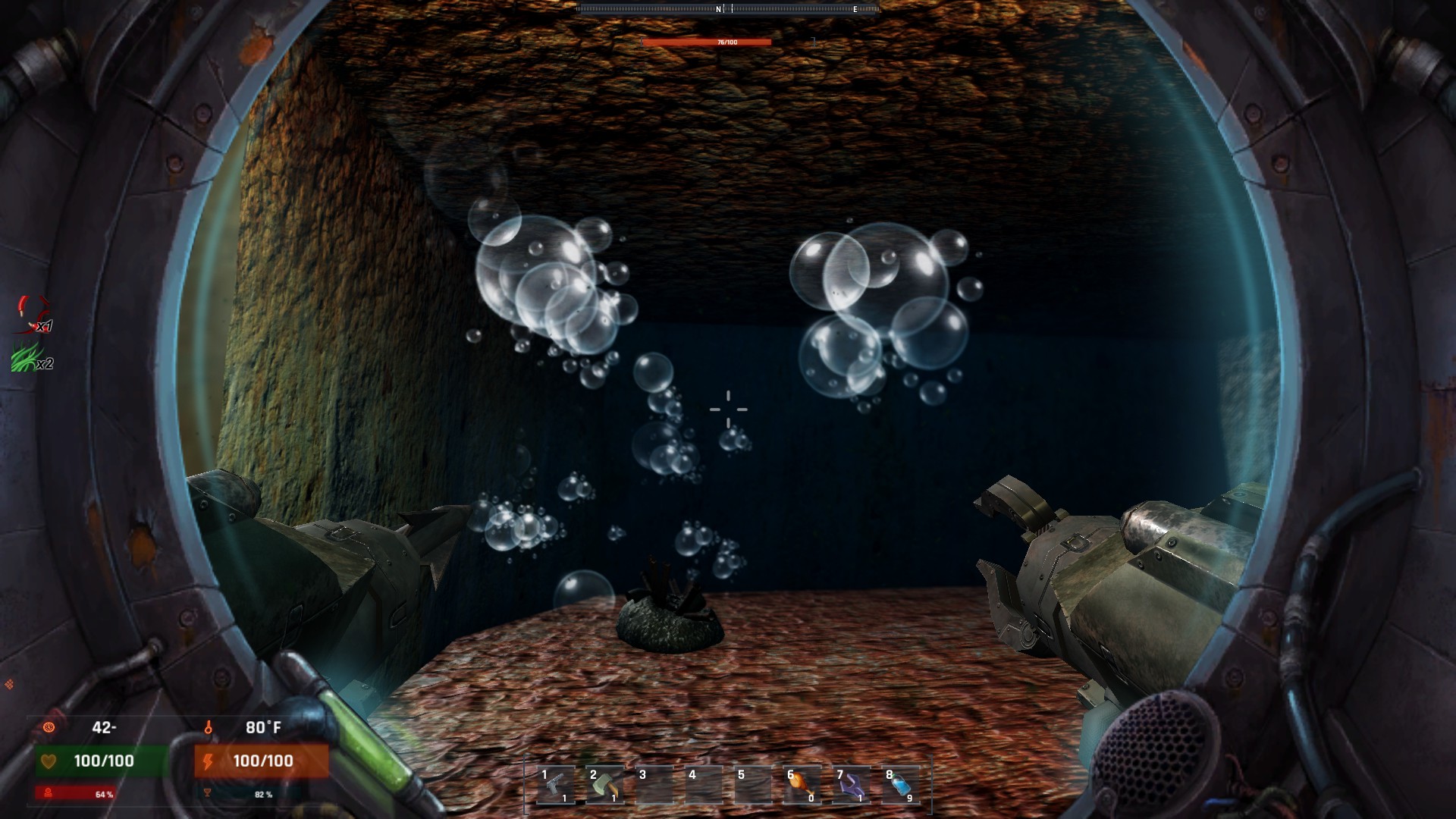 There’s quite a lot of stuff to craft, which is pretty cool, but the crafting system is weird. Everything costs woil to craft as well as basic ingredients, which doesn’t make sense. One of the most interesting things to craft is your own floating building that you can choose to tow along behind your boat like an aquatic caravan! It’s a great concept, but even the most basic structure will take you quite a while to build as the raw materials can be hard to come by. 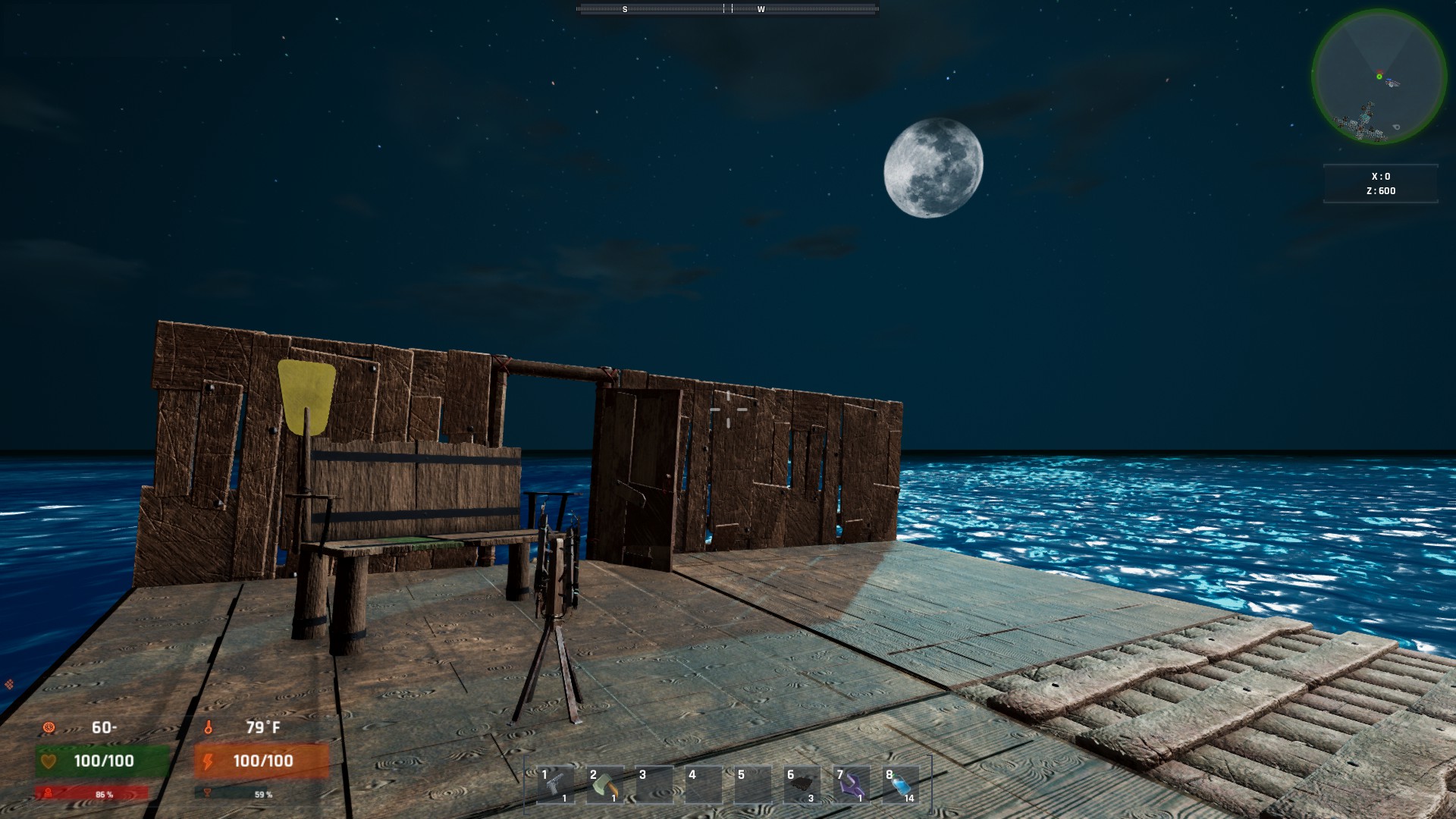 The main plot concerns downloading information on the Ecotech headquarters through a satellite link, then going there and causing havoc. It’s not that well explained, though, and so far I’ve not got very far towards it, but I do like the idea of having an overriding goal structure to a sandbox game, to pursue if and when I feel like it. 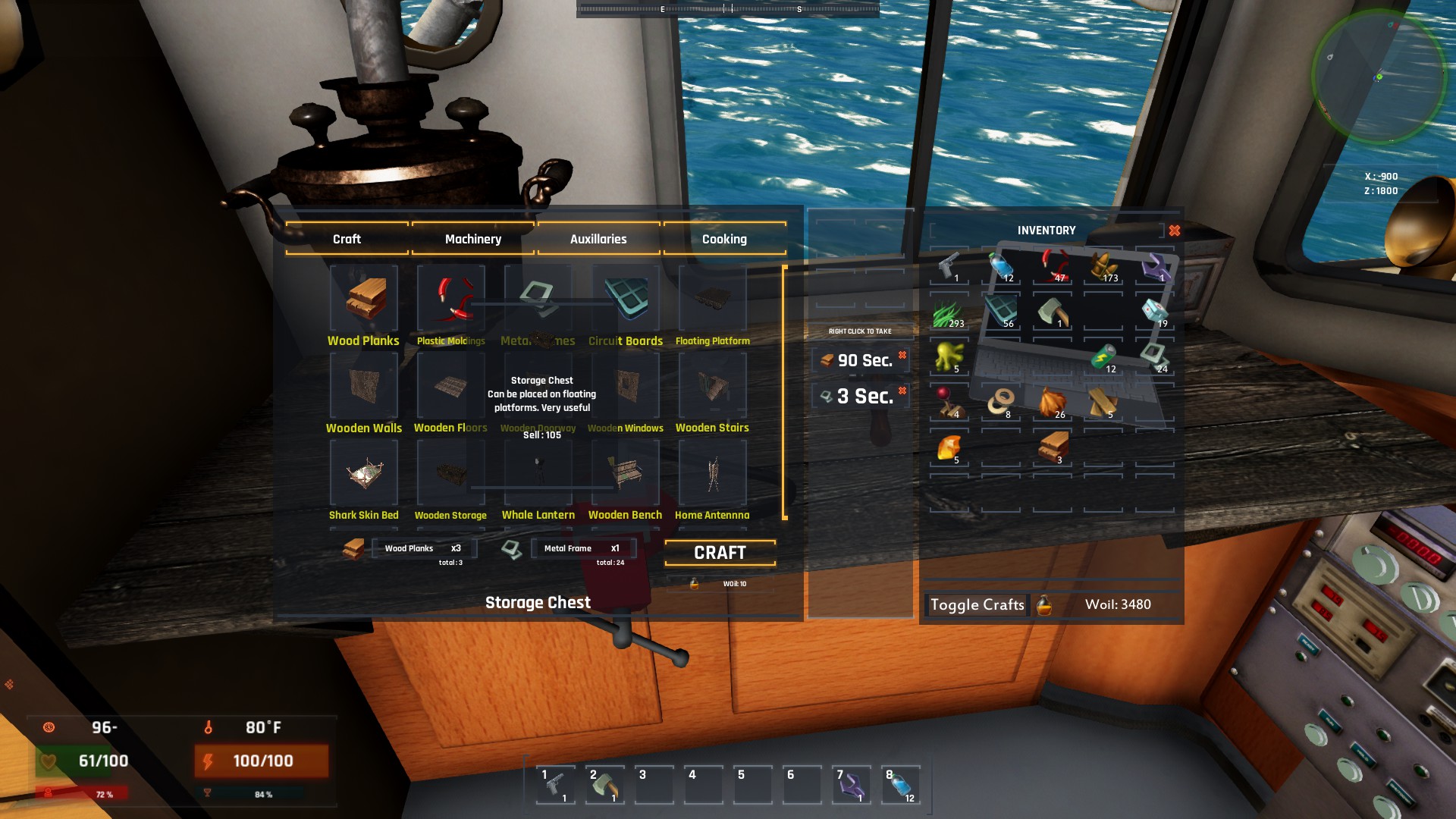 I’ve encountered a few more bugs and other issues, but I expect they’ll be addressed by the time the game is released out of EA:
– Wonky physics: a whale touched my boat and it flipped over, with no way of getting it back again; rough seas bounce you around and prevent interaction because the game thinks you’re moving; you get stuck on geometry often; unrealistic movement: swimming is running through the water, running is like gliding really fast, and boats stop immediately when you cut the engine, like driving Automan’s car; and why can’t I pull myself up onto a sloped floating platform without a ramp?
– The sleep/save option saves, but doesn’t sleep; to sleep you have to nap.
– Make sure you don’t loot when your inventory is full; the items disappear.
– I don’t understand what happens when you die; it says “game over”, but then you respawn back in town.
– Poor grammar.
– Swimming controls are awful, like bobbing for apples.
– The economy is broken. There’s no point crafting to make money; requiring woil to craft anything is illogical and breaks the game. It’s a shame because the crafting is really good fun.
– Has no one heard of sails!? 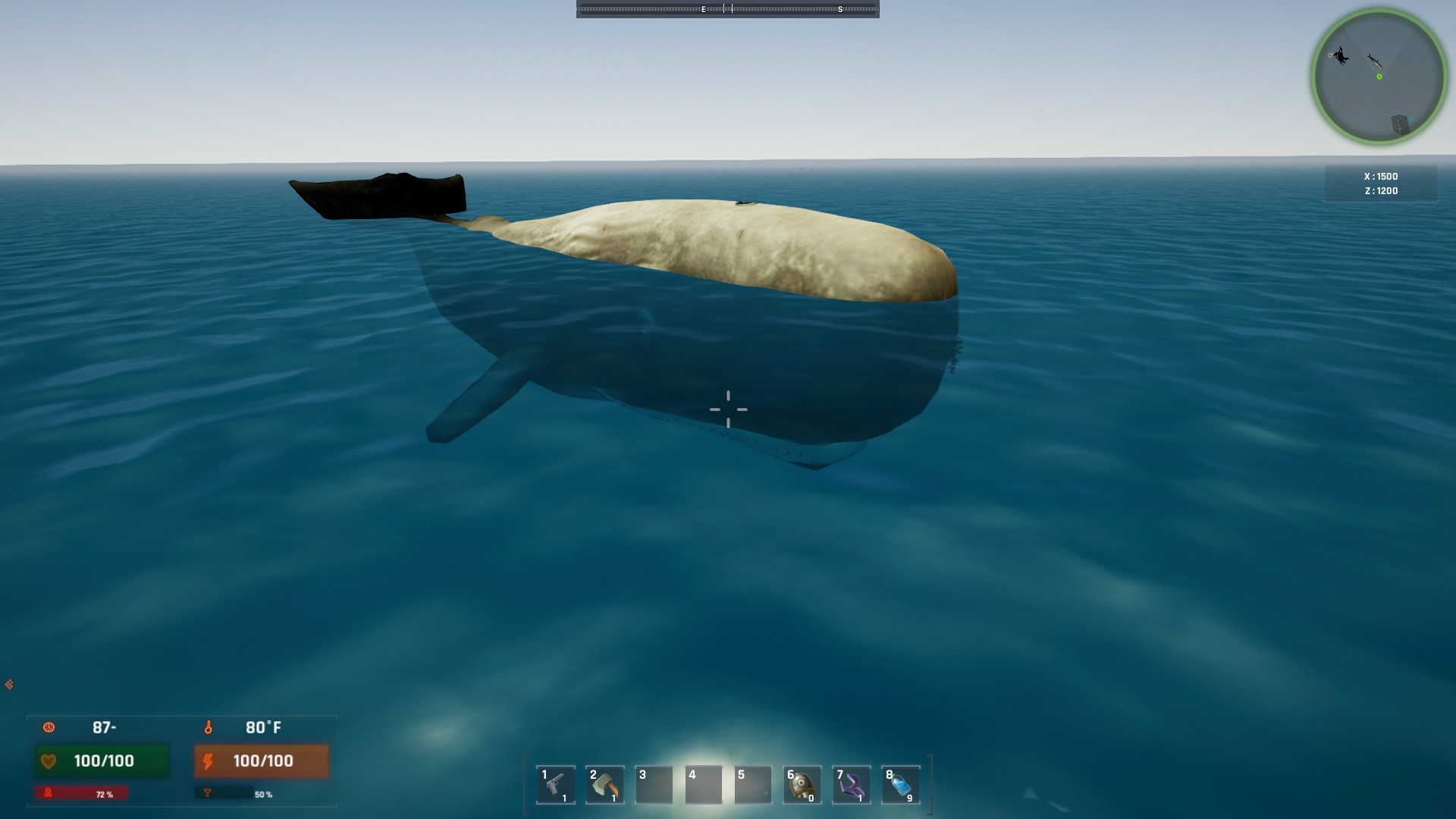 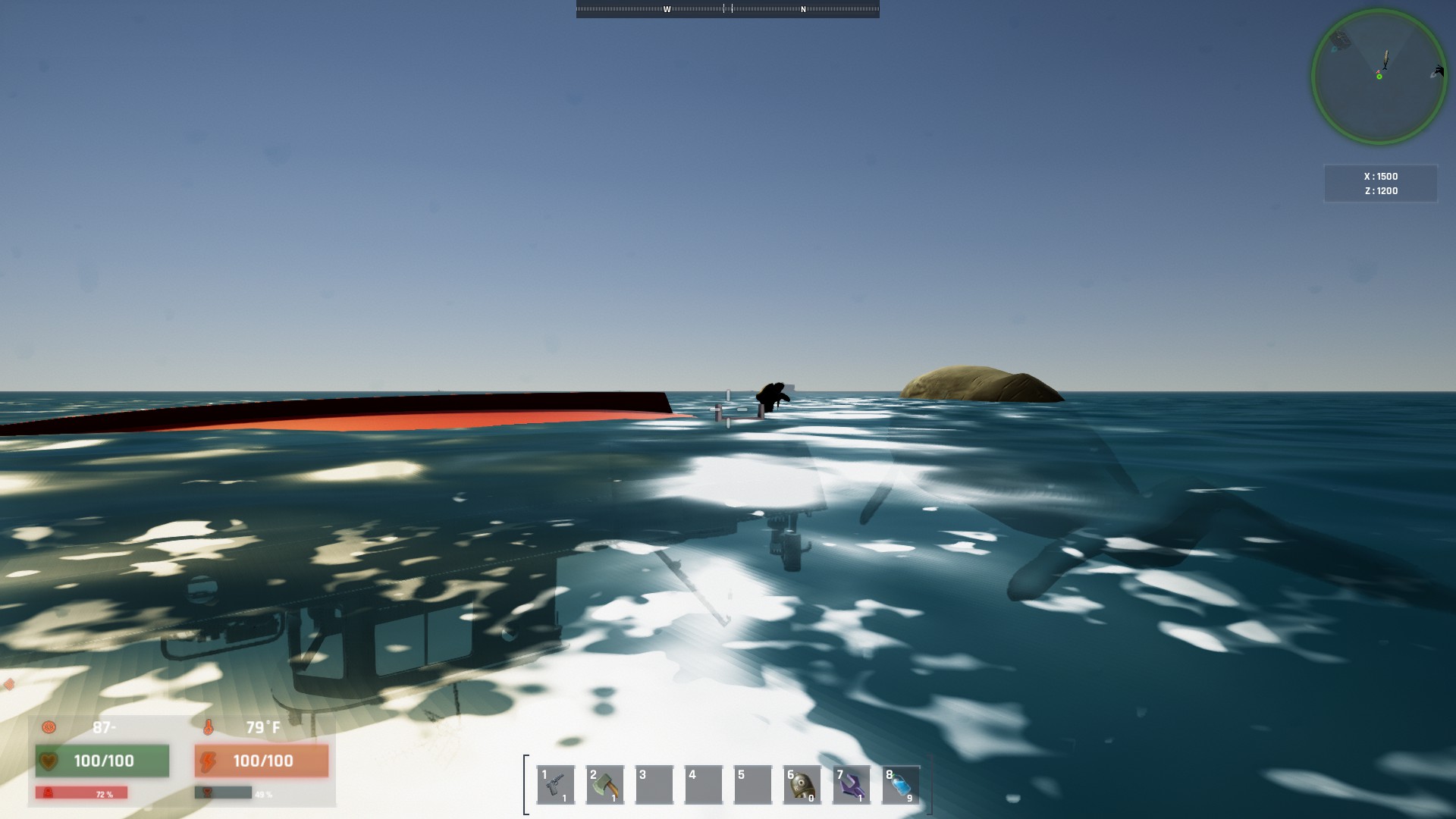 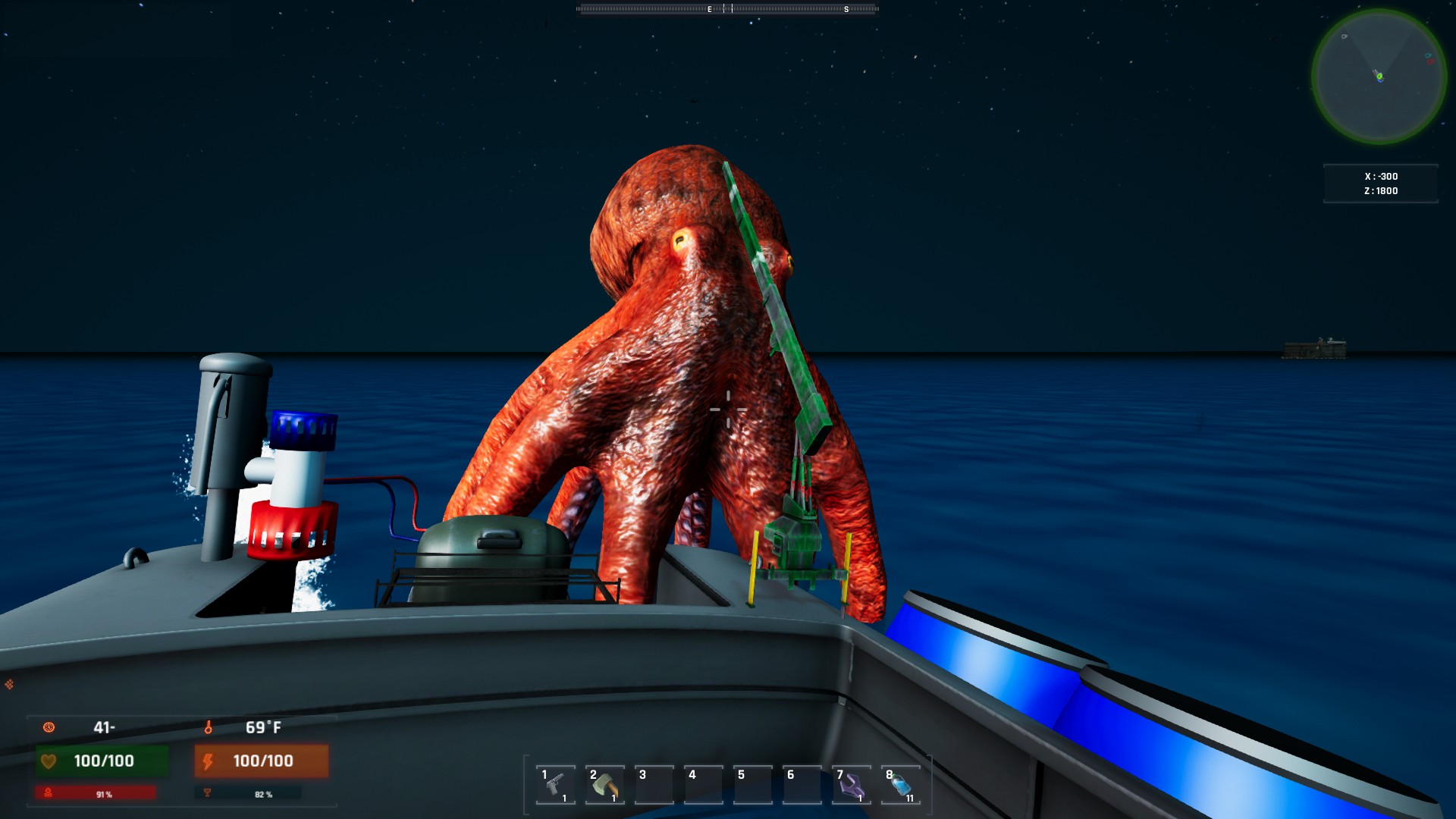 After a couple of hours, I was getting pretty frustrated with Landless, but I think the RNG had been giving me a bad trot. After restarting again I had a much better time, even finding enough raw resources to refuel my boat and build a little floating caravan.

If you’re a fan of survival-crafting games and don’t mind some bodgy graphics and physics and quite a few rough edges then, by all means, pick up Landless and have a play around. There’s a lot to do already, and I can only assume that will increase further as the game goes through Early Access. 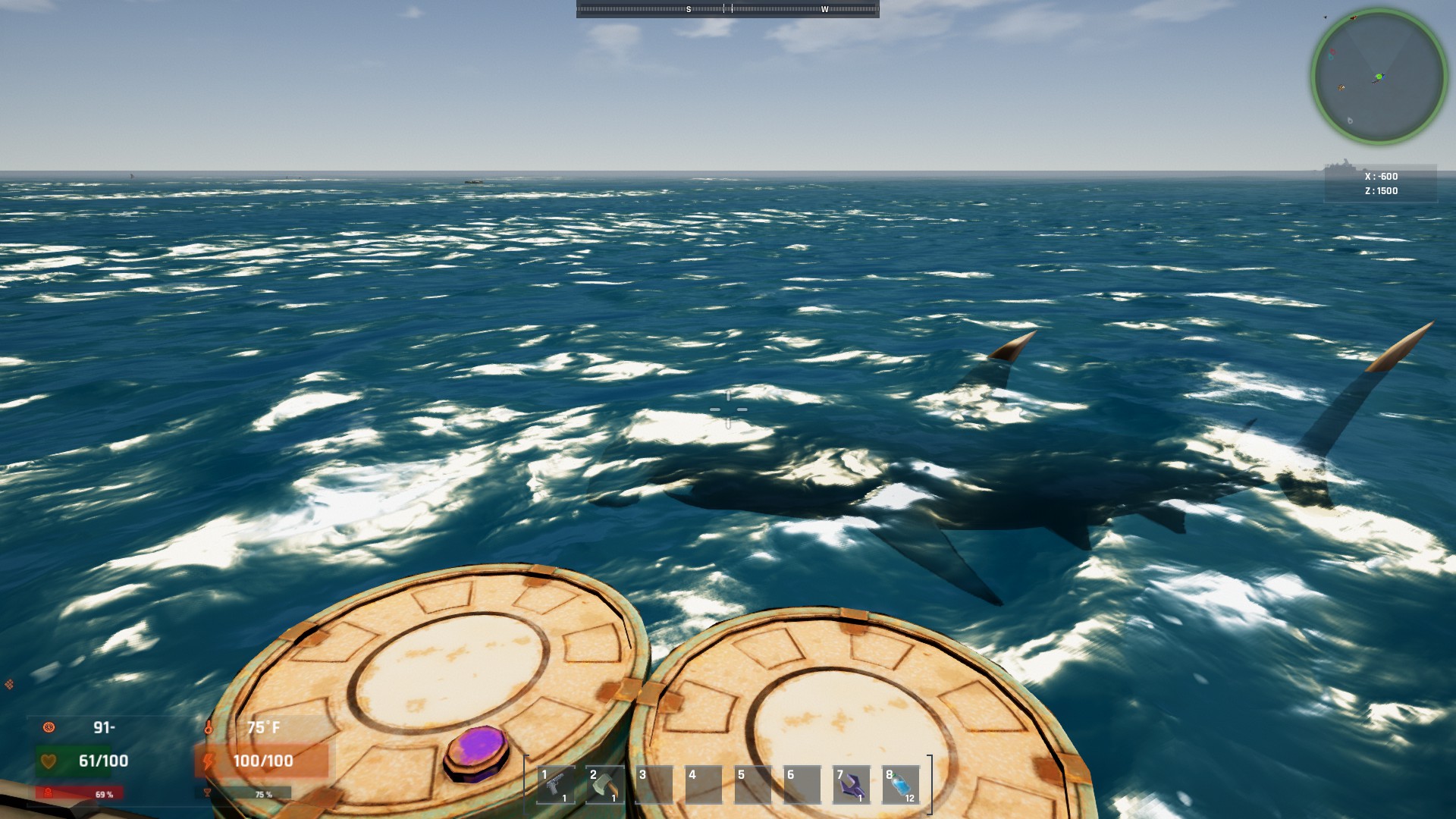