Whilst it doesn’t *quite* make the PC port seamlessly, the Hardcover edition includes a number of quality of life features as well as straight up game improvements that warrant the premium price tag.

I like Alphabear, it was great on Android, it’s still great now, and it remains a solid game to really test your brain with. You can learn new words with it, and with the easier levels, you can get kids to improve their English with it. It’s a good game that everyone probably should at least play once or twice during their gaming lifetime if only to stretch their brain a little before it succumbs to the eventualities of old age. 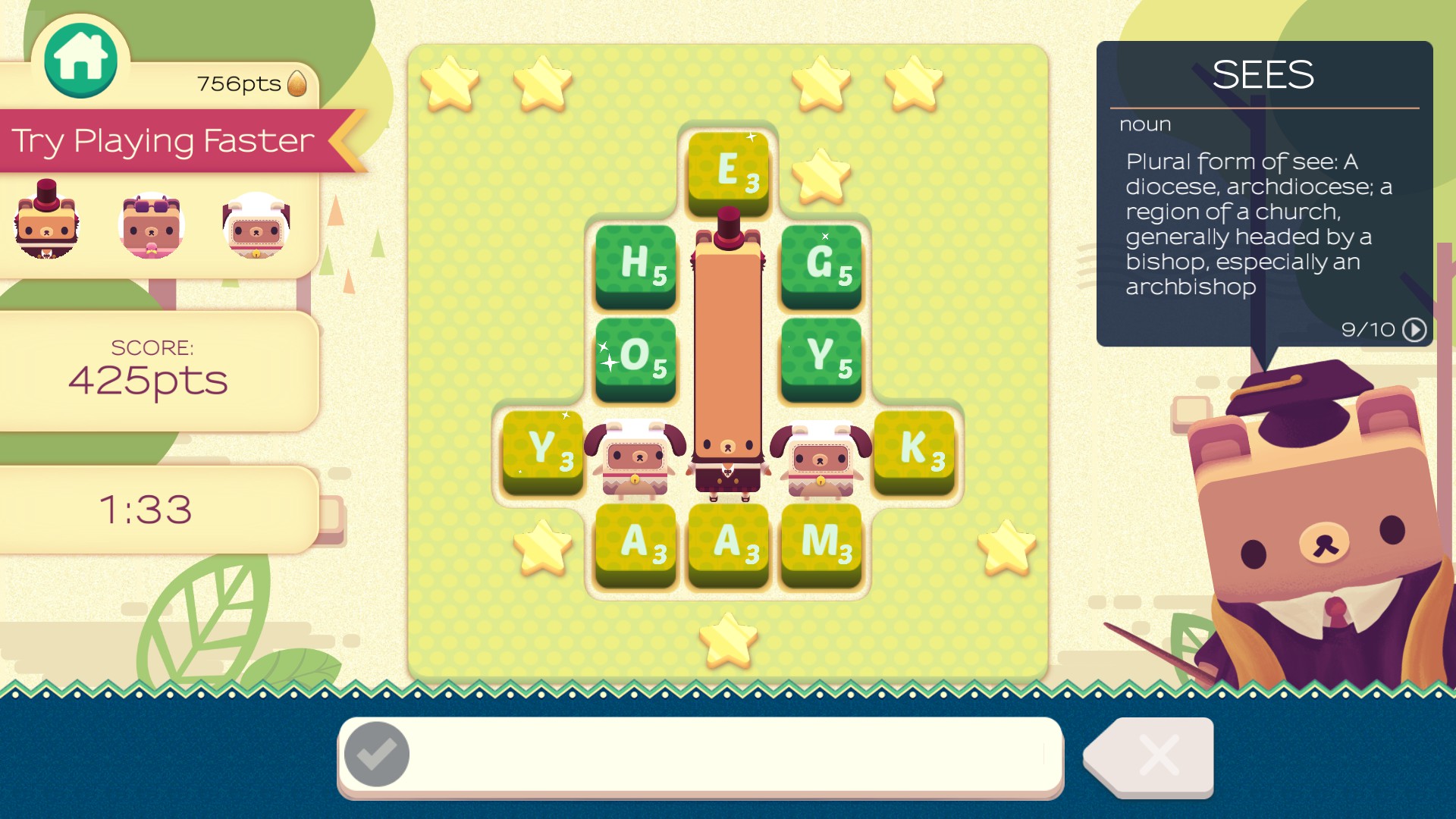 The core principle of Alphabear is hilariously simple, you are given a board upon which bears are placed, around those bears lettered tiles like out of Scrabble appear, using those tiles in words will consume them and allow the bears to grow into those spaces. Any tile a bear comes into contact with will then become usable letters. 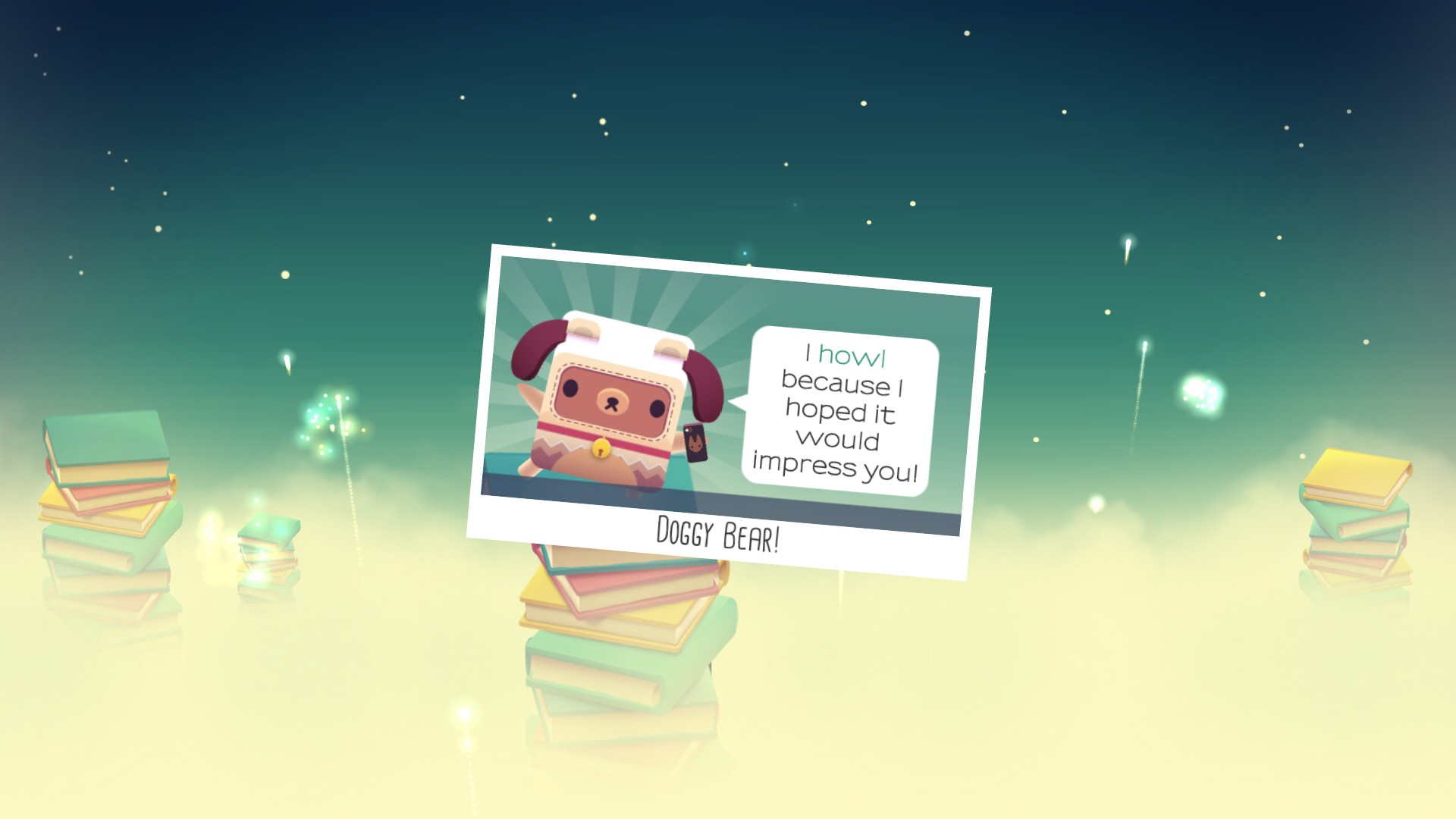 There is a twist, each letter has a finite lifetime in turns, which means you only have so long to use them before they become immovable, unusable stones, at which point your bears can no longer expand into that space (and thus reducing the final score where bear size is paramount). The game is one part anagram solving, and one part tile strategy as you attempt to use up letters that are not as common to clear the way and then create long words out of “near expiry” letters to keep the bears growing and the tiles flowing.

It’s possible to do “Okay” at this game with relative ease, clearing whole boards perfectly, however, requires a measure of skill, a good knowledge of English and a bit of strategy in the mix. Luck is not something you will need, this is all on your brain and your capacity to create words out of what you are given if you’re stuck, hit the books and the thesauruses. This isn’t “get good” so much as “get smart” 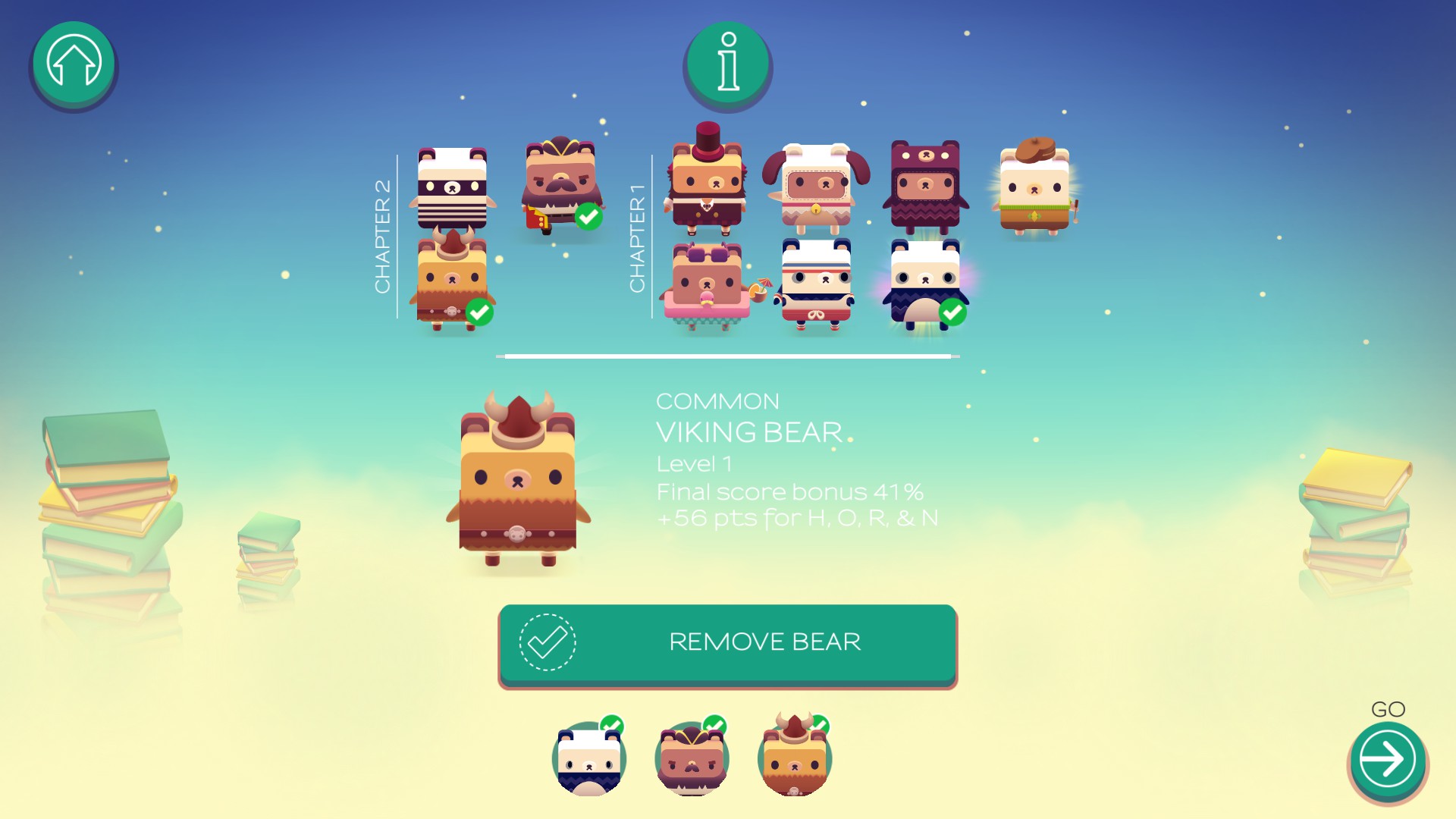 So when it was announced it was to arrive on PC, I thought “This should work”, then I thought “Mobile port” and backed away a touch. Mobile ports don’t always have the greatest of histories on the PC platforms, it can be very mixed with shady developers bringing over the very worst of mobile platforms (see the terrible auto play dungeon loot-moba creations that need you to pump money in if you want to get anywhere) to the very best (See Sky Force Anniversary).

Alphabear is very much closer to Sky Force than Heroes Charge, let’s start with that. It’s not exactly hard to make a working port, but to improve on it in many small ways is something that’s actually tricky. Taking out the rest timers from the bears (which is something that oft drives me nuts on mobile) is a major quality of life improvement, now I can choose which bears to use on which level and I’m not tied by the timers if I want to re-use a bear right after.

I can now rattle off the words using my keyboard rather than the touch-pad, and confirm them using the “enter” key, and more critically, the game automatically selects the letters with the least time remaining. This is vital for timed boards. Not only that, but the game also pings up descriptions of the words I’m creating, so you also get your daily dose of education whilst you are playing the game. The more you know and all that.

Finally, the levels are much more consistent, without having levels for gambling coins to get legendary bears, now you can earn them more reliably through good, consistent play, and the game is more willing to award you the high-quality bears as you progress.

In short, this is exactly the version that should have been on the mobile (albeit minus the keyboard controls) in the first place, because the mobile economy of constantly bilking your customers for money is abhorrent and should be decried constantly. The PC version is superior in every single way and is the only version that could, and should exist.