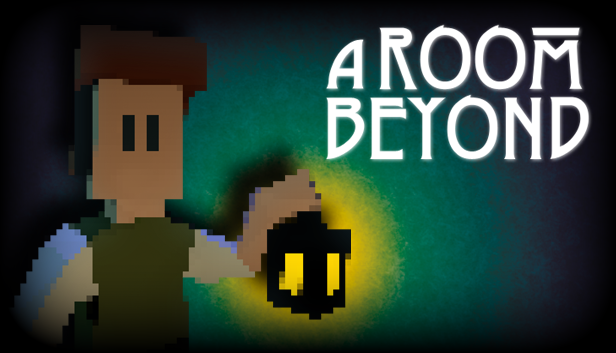 REVIEW: A Room Beyond

A Room Beyond is an interesting point’n’click adventure game in which you have to discover the secret of the mysterious Fog Wanderer who is causing some trouble to the villagers. But first, you have to find your way out of a cave prison.

After rescuing yourself from a strange underground cave, you discover that a village is being terrorized by a supernatural being called the Fog Wanderer. You have to defeat him and a bunch of other creatures in order to save the day, the village, and the people. And also to uncover some great secrets.

When I first saw this game on Steam, a game called The Last Door instantly popped into my mind, being a game of the same genre. When I actually started playing A Room Beyond, I found out that the games are indeed similar in a lot of ways.

This game’s pixelated graphics are a big draw for me and I was really surprised to see that the 2.5D environment is really, really well done. Games with similarly pixelated graphics are in most other cases just made in the good old flat 2D so ARB features an unusual, yet welcome change. One little thing bothers me, though: the pixelation is generated “on the fly” and some of the objects have the same colour across a big part of their surface. Because of both of these two flaws, shadowing is sometimes not present the way it should be, which slightly spoils the otherwise beautiful graphics.

Although the soundtrack isn’t always present in the game (some scenes are almost completely silent if we ignore the sound effects of walking and interacting with objects), I think it mostly does a really good job of creating an eerie and slightly uncomfortable atmosphere. The sound effects are also pleasant, with the exception of the crowbar, which, when used, sounds like a whip for some reason.

When you start the game, you first have to complete the “Prologue”, a quick tutorial which introduces you to all the controls and GUI functions (not that there are many of them). Like most other similar point’n’click games, you are given an inventory for storage purposes. I like how you never get too many items at once so you don’t have to try up to a hundred different item combinations when you’re stuck, trying to find a way to move forward with the story (I’m looking at you, Deponia!). 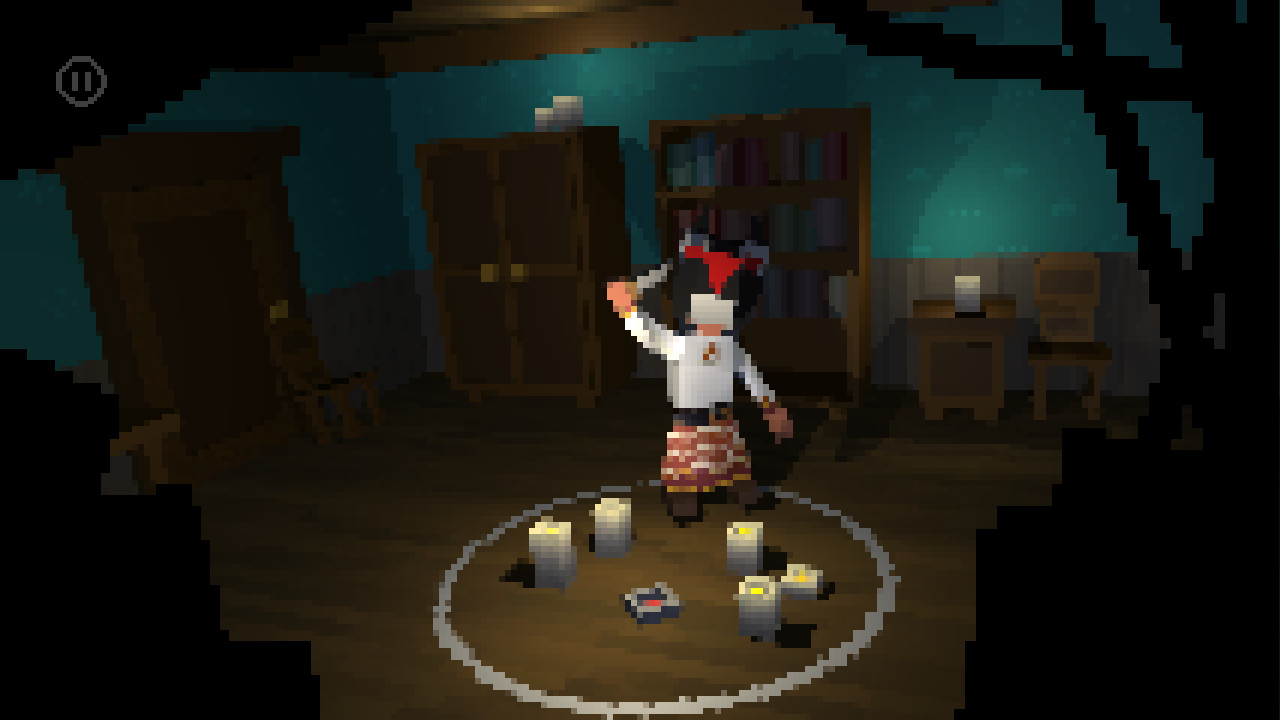 So, the story: it’s good. That’s the short version. Now for the long one: the story builds up very gradually, letting you set your own pace when exploring the area or talking to the other characters. When you approach other people, you can have a little chat with them. Most of the time, the dialogues have surprising depth and you won’t feel like skipping through them all the time.

I didn’t mention this yet, but the story consists of five chapters. The same story continues from chapter to chapter with minor cliffhangers between them. Personally, I think that such way of delivering a story fits this game quite well. I do feel like complaining about one thing, however. Who thought it would be a good idea to bring fighting into a game of this genre? When starting the second chapter, you will get a weapon and from then on, you will have to fight some strange-looking oversized angry purple bugs, which also happen to be hostile. There isn’t much strategy involved, though: you just have to pick a spot next to the bug very precisely (otherwise you won’t be able to hit it for some reason), click on the bug rapidly for 3-4 seconds and that’s it. I find this annoying because it happens way too often. For example, you have to fight about ten of those creatures one after the other just to get some item on the other side of the room. That certainly wasn’t enjoyable, considering I had to find that precise spot for each of those bugs.

Connected to the problem above is yet another one: the weird camera perspective. Since the devs managed to create a good-looking 2.5D game, they had to use that extra half of dimension for some showing off purposes. The room with the bugs I was talking about was even harder because of this exact reason: you can’t really see all the bugs all the time and you also can’t walk properly around the room since the weird perspective doesn’t let you see the floor. At least not the part you’d want to see. I was also a bit irritated by the woman whom I saved at the end of the first chapter. She was always in my way and a few times I had trouble getting to the other side of the room because she wouldn’t move and I didn’t have another way past her. Definitely not fun. 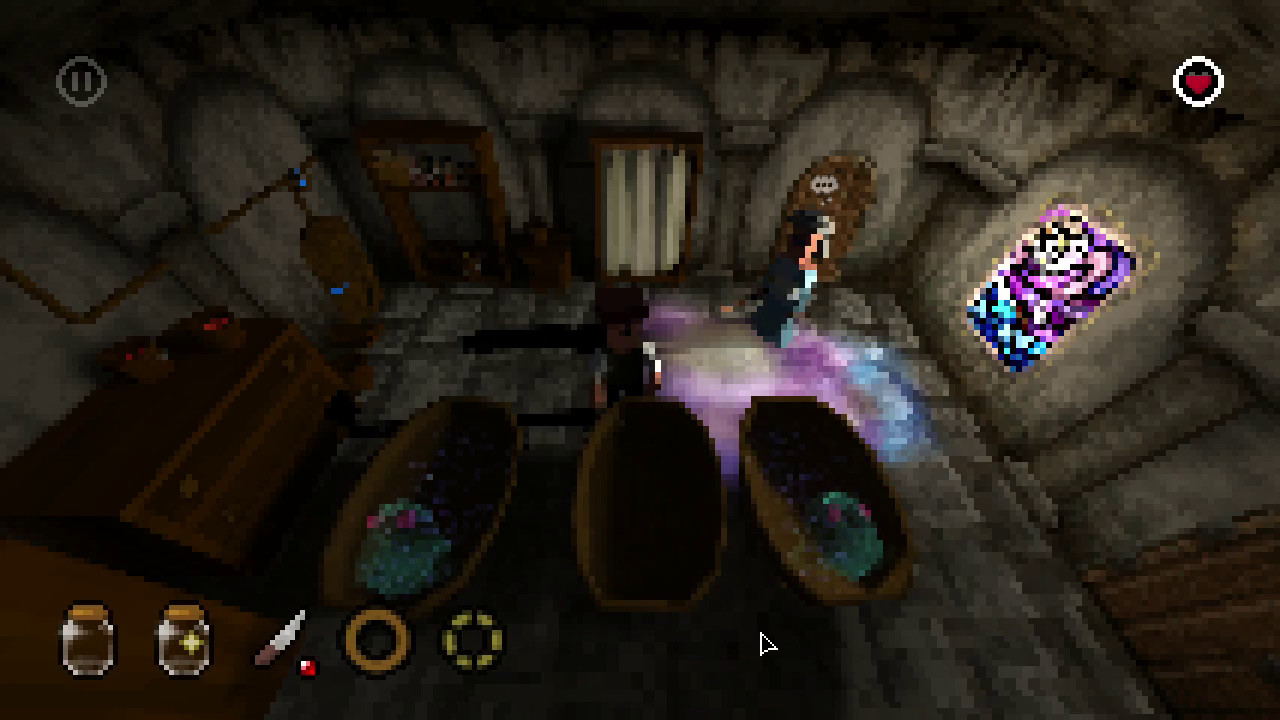 Although I got a tiny bit too angry in the previous paragraphs (and not without a legitimate reason), I enjoyed playing A Room Beyond. I don’t know if that was because of my love for point’n’click adventure games or for some other reason, but the truth is that once you get used to the weird and annoying perspective and some other minor disturbances, you can have a pretty good time playing. The 2.5D thingy is definitely a welcome gimmick and the story, as I said, isn’t half-bad either. Forty-four achievements are also an upside if that is something you’re looking for when buying games. And since I’m mentioning buying … should you? Sure. The price isn’t too steep ($8) and I’m sure there will be some discounts in the future. You can’t play this game on Linux, however, so keep that in mind if you don’t have one of those fancy and costly operating systems on your machine.