First and foremost, I must make it clear that I haven’t played any games like this nor have I watched any of the Fateanime series. As a result, it was only when I was about halfway through the game that, after reading some forum posts, I realized that this is not the first game of the series, but instead the third game. So I really wonder, why would someone release the third game of a certain franchise on a new digital platform without providing any sort of context? Still, if you’re a fan of the series and you’re contextualized, I’m sure you’ll enjoy it much more than I did. With that in mind, I’ll try to refrain myself from talking about the game’s plot.

Fate/EXTELLA (The Umbral Star), was originally released for the PS4 and PS Vita back in November 2016, but it was only recently s ported to PC and the Nintendo Switch. With that in mind, while I’ve seen quite a few people claiming this is a good PC port, I’ve also seen evidence that suggests the contrary. Personally, I have to manually set the game to fullscreen every time I start it up, but other people in the forum have been waiting for some sort of update because they’ve been experiencing crashes and sudden framerate drops ever since the game’s release. Another thing that I should point out, is that the camera angles are a bit awkward, even when playing with the “far” camera setting. Very often during battles, the camera is too close to the action for you to understand anything that’s going on and rotating it is also somewhat unintuitive. Still, It’s nice to see XSEED Games has been pushing forward in bringing more of games to the Steam store, and I can only commend them for that. 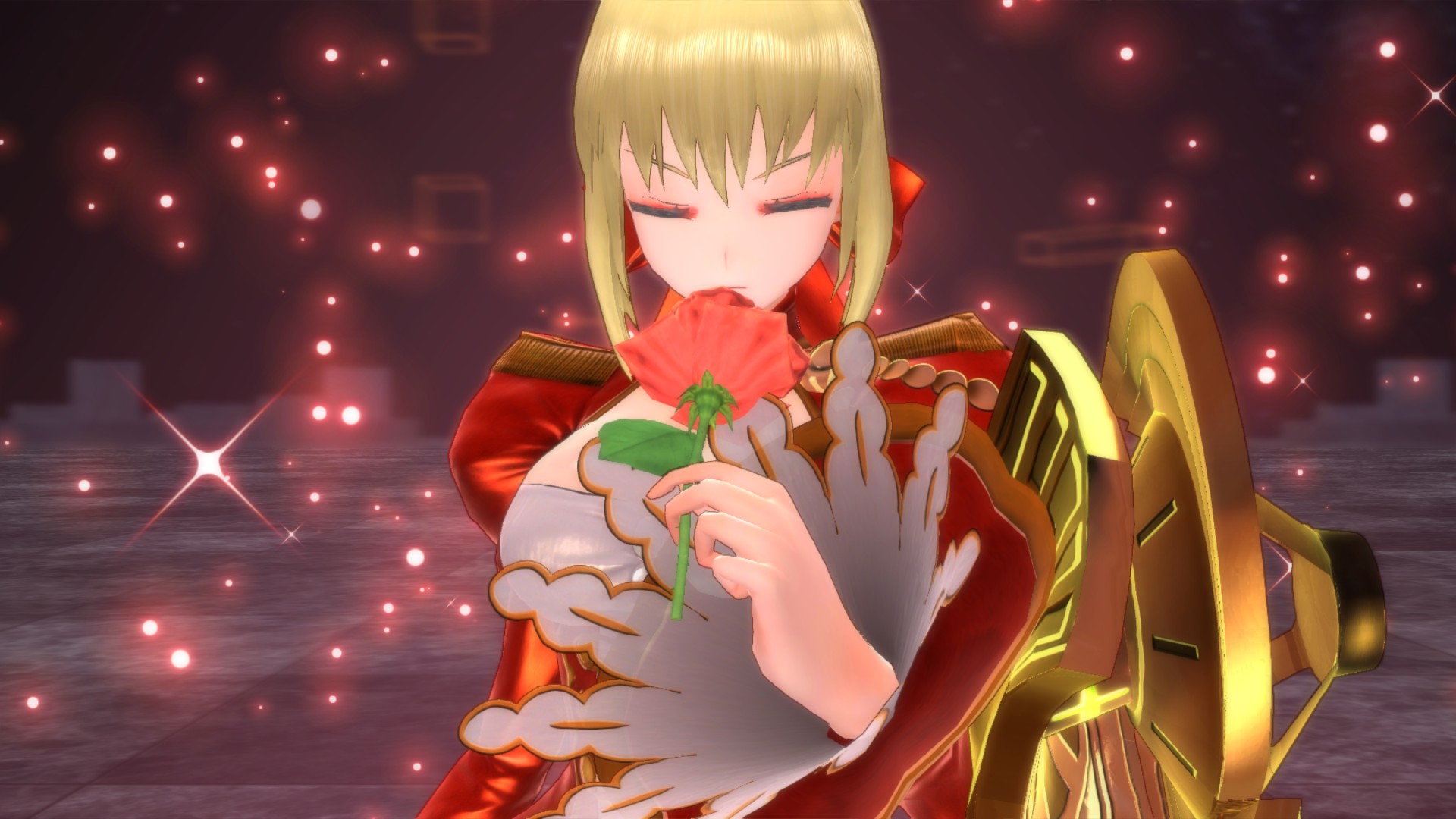 Now, while at first glance, this might seem like an adaptation of the Dynasty Warriors formula, you’ll spend most of your time going through dialogue and cutscenes, and this might put some people off. If I were to keep it short, I’d just call it a mixture of the narrative of an animated visual novel with the combat of something like Dynasty Warriors and call it a day, but there’s more to be said about it. In any case, it’s also worth pointing out that most of the dialogue is fully voice acted, but the voice-overs are in Japanese with English subtitles. This brings up one major issue I have with the game, and that is the fact that when you’re fighting a battle, very often characters will be chatting and you won’t be able to keep up with the dialogue. This happens because, first, you’re fighting the enemies, and second, because at the same you’re time trying to read this text box on the lower right corner of the screen. Obviously this is not an issue if you understand Japanese. One thing that I must say, it’s that sometimes it’s hard to tell if your character is thinking to himself or talking to someone else, mainly because all the other characters in the game are have their own voices, while you, the main protagonist, are mute.

When you first start the game, you won’t have much to choose from but, as you play, you’ll unlock more and more content. The game offers you a main story mode, that features four different story arcs surrounding the main characters, with each providing a different twist on the game’s main plot. Besides that you also have a free battle mode, where you can play with any character you’d like, and thirteen short side stories, that cover the various characters that you meet along the main story mode. Initially, the game also lets you choose to play the different battles in either easy, normal or hard difficulties, but once you beat the game you’ll unlock a very hard mode. So there is a nice variety in terms of challenge, suitable for those who want a real fight and those who just want to play the game for the story. 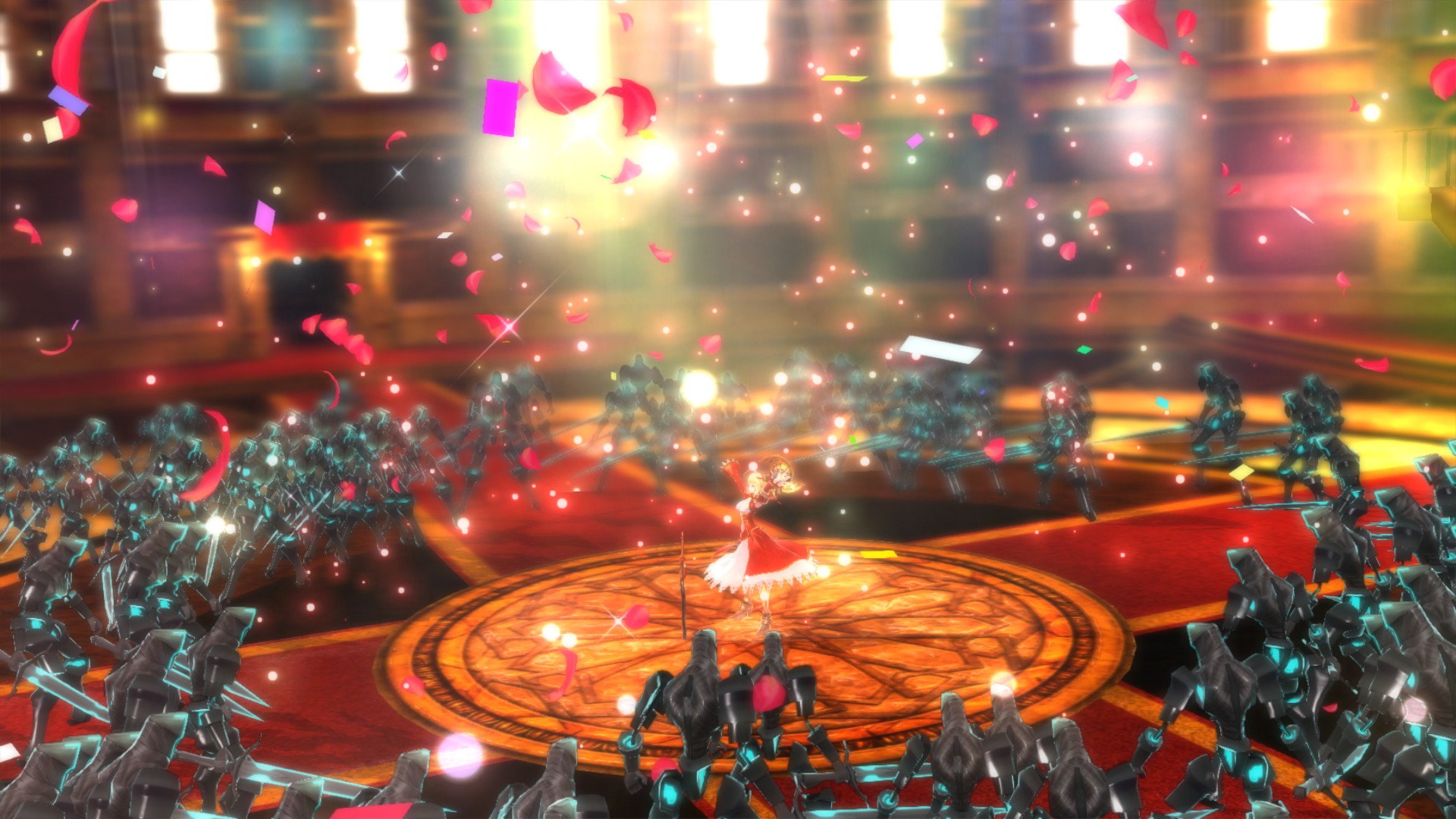 While the dialogue sections are pretty varied in terms of subject and matter, ranging from standard war discussions to some sort of slight romancing, this doesn’t mean that they’re great by any means. If you’re a newcomer to the franchise, you’ll most likely find everything a bit too confusing at first, but otherwise, I’d imagine you’d fit right in. In any case, the actual gameplay loop is pretty much the same. In each battle you’ll be clearing out sectors from enemy units and, in order to do so, you must defeat the ruling servant boss of that territory or complete some other objective. In order to achieve victory you’ll need to gather enough Regime Keys, which can be acquired by conquering sectors, in order to summon the Regime Matrix. To make things a bit more challenging and interesting, before you can capture a sector, you must first defeat a certain amount of enemies, so that these enemy units called Aggressors can spawn, and it’s only when you defeat these Aggressors that the sector will be under your control. There are also these “plants” that sometimes spawn in enemy sectors that will keep spawning Aggressors, so the game does involve some sort of prioritization regarding which enemies and sectors you should deal with first. Still, just as you can gain control of the Regime Matrix so do the enemy forces, and they can also invade your sectors with their own forces.

In terms of combat, the game is pretty much straightforward. Like in Dynasty Warriors, you’ll be slashing your way through dozens of enemy units with a single blow, building up momentum, while also charging up your abilities that are often best used against special enemy types such as Aggressors, plants and bosses. Each playable character has a pretty good amount of attack combos that you can use, as well as a series of special abilities that change based on what you currently have equipped. On that note, you can equip what the game calls Mystic Codes, and these can be obtained through crafting. The game also features a bond mechanic, in which the level of a bond between you and your servants will improve as you complete side missions and choose certain dialogue choices. As this level improves, you’ll unlock gifts and instant skill slots. These are essentially passive stats boosts, such as movement speed, base attack damage, and so on. 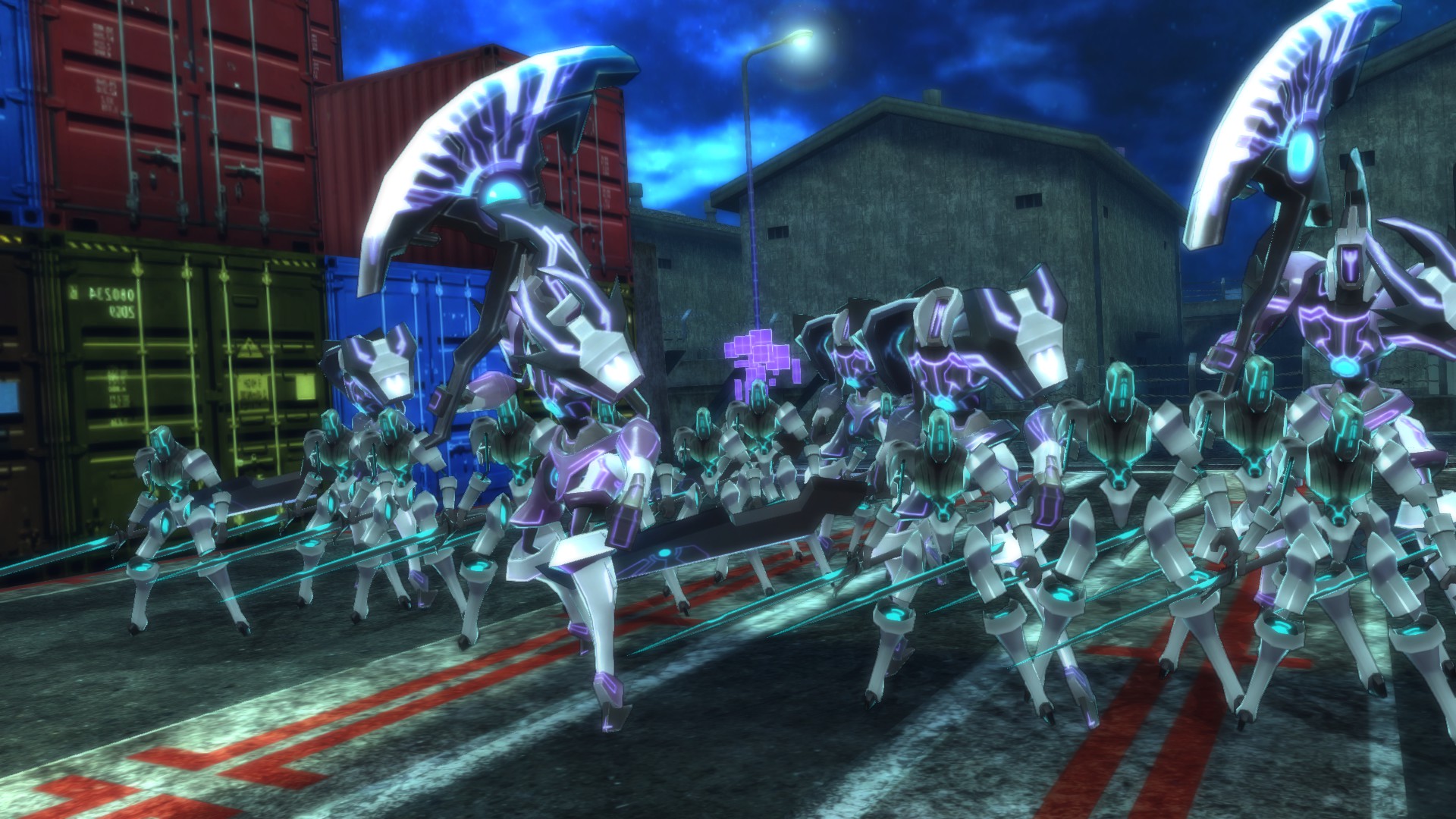 There a few things that I think might annoy some people, such as the fact that the basic enemy foot soldiers all look the same, even those enemies that do occasionally spawn and are tougher than the basic enemies all look the same, it would’ve been nice to see some minor variants of these. On the other hand, while the levels do repeat themselves over different story arcs, each chapter usually takes place in a different scenery, so you won’t stay in the same spot for very long. With that said, the level design is “ok”, it’s not worth any praise but it gets the job done, but considering that this is a game that revolves around slashing your way through hordes of enemies, you can expect that most battlegrounds to be flat.

In the end, Fate/EXTELLA ultimately comes out as a pretty competent game that suffers from putting you through the same repetitive gameplay loop over and over, while trying to add some minor mechanics that try to add a bit of depth to the combat. Now, despite its steep price, chances are that the game will provide you about 50 hours of content, assuming you read everything, and of course that time will also vary based on your reading speed. One thing that does deserve praise is the game’s soundtrack, which features a rather unique range of tracks, from calm symphonies to more intense tunes that kick in during battle. Nonetheless, as someone who is a newcomer to the franchise, I can’t really recommend this game at full price, mainly due to the fact that its gameplay loop can get old real fast.