Oh dear. It looked all so promising in the videos but a mix of control missteps, a bad implementation of the DFM (Dog Fighting Mode) from Ace Combat and some unforgivable first person camera issues has rendered this War Thunder style arcade fighting sim little more than a novelty.

This may end up as a PG-13 review, so if you have young kids, send them out of the room now.

Iron Wings is bad. Not really bad, nor just slightly bad, but actually bad. Bad in the sense that the second tutorial has you firing machine guns at murders of crows because apparently, a tutorial isn’t complete without animal cruelty.  Because the character modeling is not even close to accurate and looks like people are speaking with masks on.  Because instituting the basics of first-person flight sims was beyond the scope of the game.   It doesn’t cross the “so bad it’s hilarious’ line either.  If it did I could write this one down as a comedy release and treat it as such, right down to screenshots with mockery and even a video with japes. 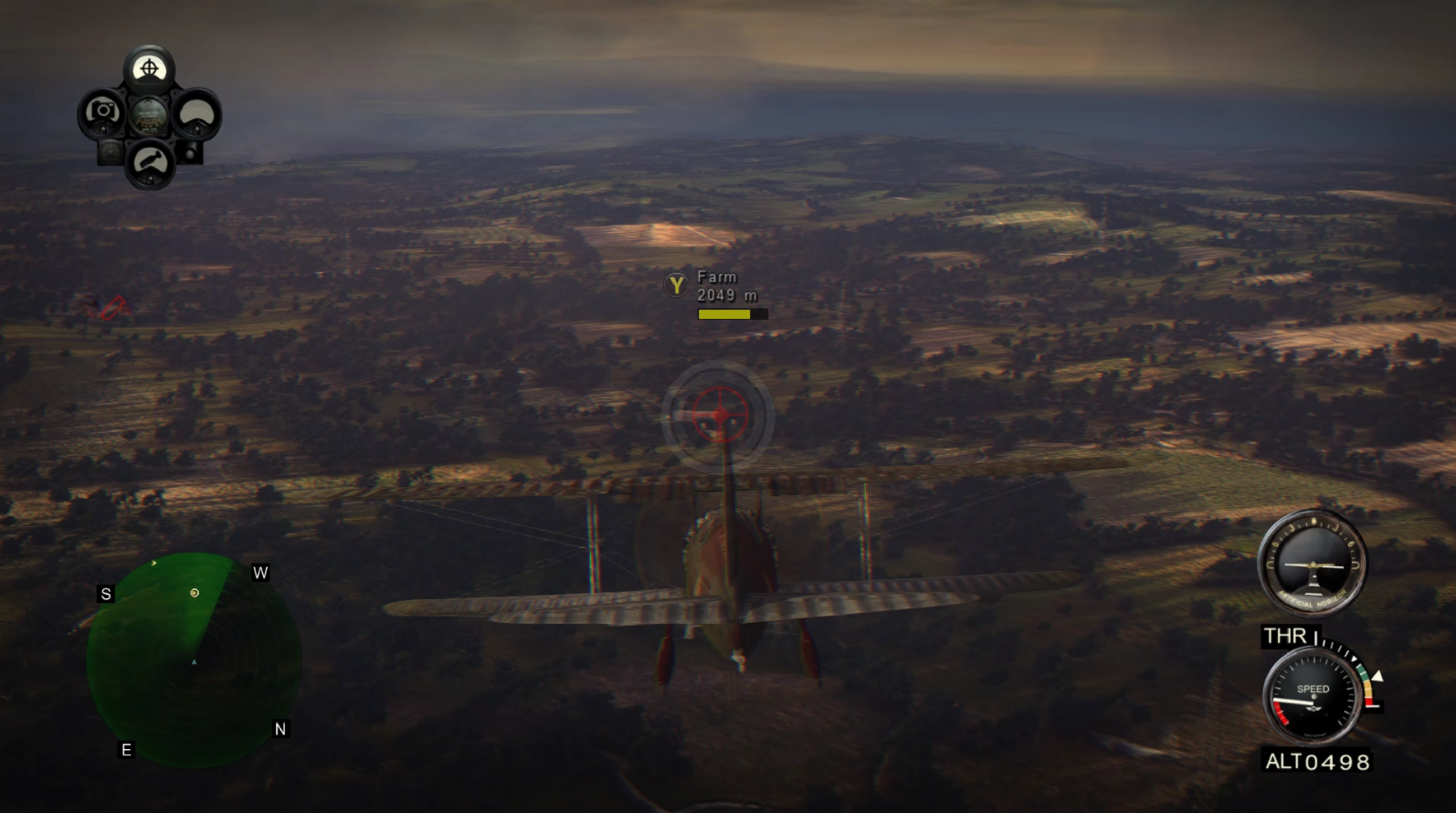 This game does not deserve that kind of treatment. It deserves dissection and it deserves nothing more than EXTERMINATUS, HERETICS. Sorry, going a bit Adeptus Astartes here. I get a bit rubbed up the wrong way when I come across a game that’s actually bad and in a sense, proud of what it is even though it is bad because it’s not making excuses or trying to make a joke of how terrible it is. The voice acting is bad, the writing is bad to the point where there are immediate problems even at a sentence structure level, let alone the grammatical errors that make your head hurt. I can only imagine how the voice actors must have felt reading the script, they must have thought this was their big break, and then they got saddled with this horror from the depths. This was the script where you had to try not to think too hard about what was inked on the page because if you did your mind would go “Wait, what?” and you’d find your mouth locked up as your brain attempted to sift out the errors. A bit like the sentence that leads nowhere, there’s a few of -those- in here too (look up crash blossoms if you’re interested). 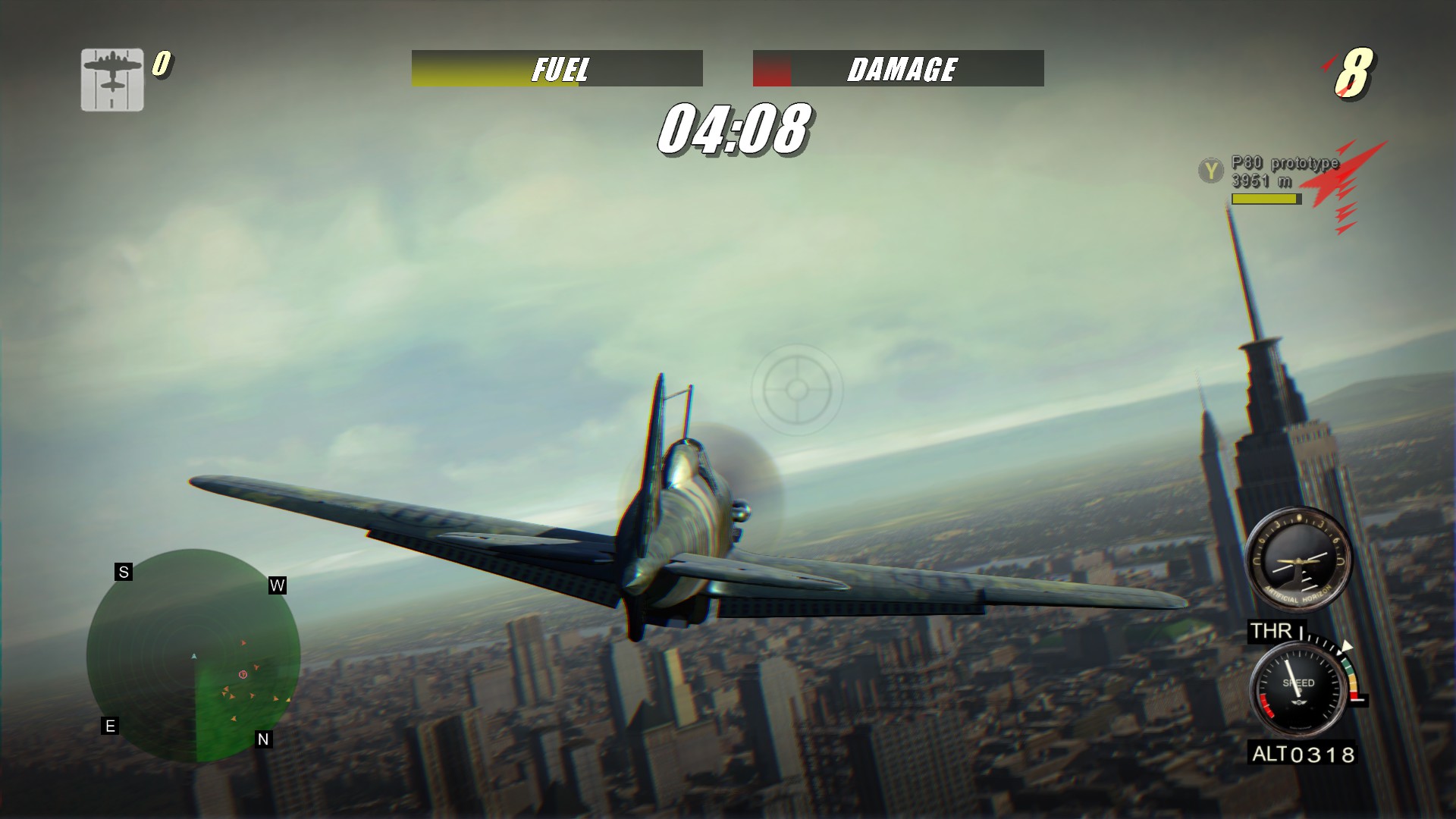 I think the sole question has to be “Why”, so much of this game is dogged by me screaming “WHY” at the screen, the klutzy combat which uses a truncated, automatic version of DFM (Where in Ace Combat DFM was achieved by getting into Audi range of the enemy fighter and hitting a specific button combo, here you have to tail the enemy AND KEEP FIRING until you get a lock), the first person camera where control is taken away the moment you attempt to “Hard lock” an enemy target plane or ground POI, there’s just so much that simply doesn’t make sense overall. The narration is wrong, the voicing is wrong, the pacing is wrong, the objectives are wrong, the mission length is wrong (it feels like they developed for mobile games in a sense, given how short the missions are). The whole thing feels like it was one of those cheap and nasty “Direct to video” things that you see come out on a late night advert, it doesn’t even TRY to get things right. Even the arcade mode simply dumps you in a big open air space with a MASS of enemy fighters and says “Eh, do what you like, see if I care.”

The graphics are muddy and blurry and lack refinement, the music is passable, the whole thing feels at best a bit below average and in many places a long way below average, it’s a game that at worst feels like an absolute chore to play.

And the tutorial has you shooting up crows. Did I mention that? I think I did, didn’t I. Yes, that makes perfect sense on a plane.

Verdict: No. Just no. If you want a quality, equally priced WW2 era flying game, look up Flying Tigers (ironically out around the same time). It costs roughly the same and it’s a far more interesting experience.