Terroir is an indie strategy game where you have to manage your own vineyard. It’s a good choice if you like wine, vineyards, or just … you know, strategy games.

As mentioned above, you have to produce your own wine in Terroir. From growing the plants, picking the grapes, storing them in the barrels, filling up the bottles, getting the tastings done and selling the wine afterwards, this game has got it all covered. 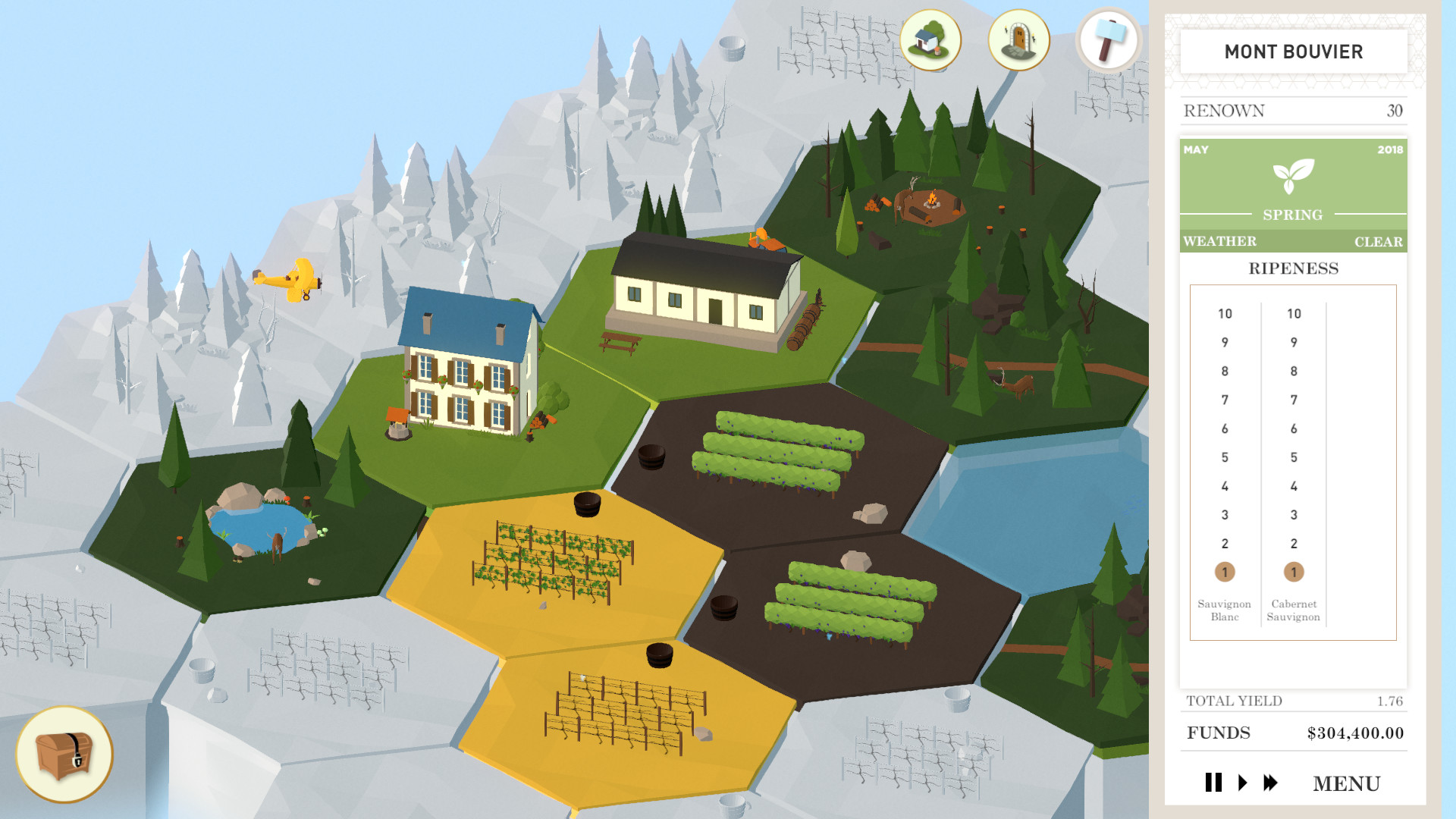 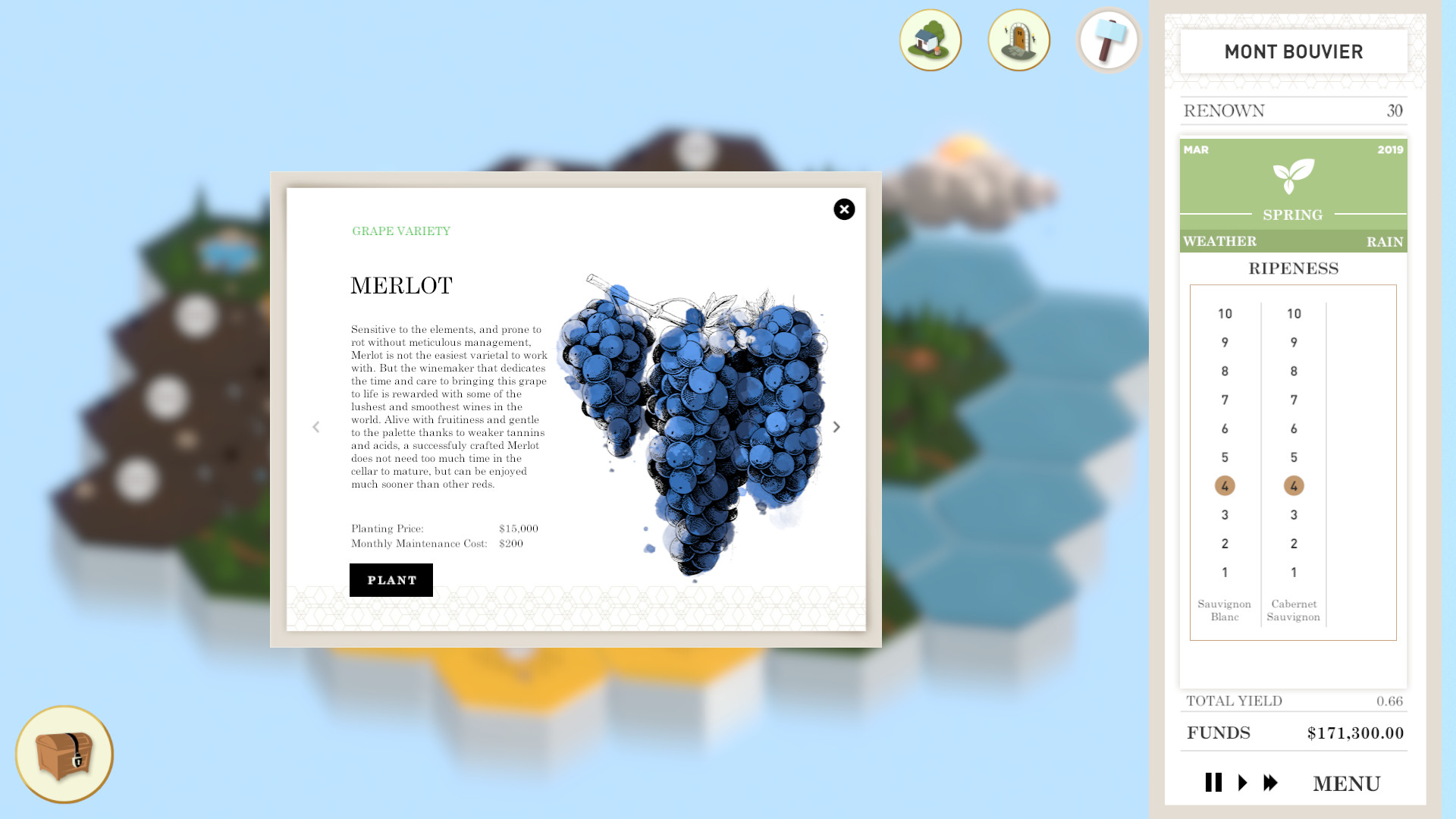 Terroir is definitely a fun little game, but it really suffers because of its Early Access state. There is very little content present as of now and this is quite noticeable after you’ve spent a few hours playing with your own vineyard. There, however, are no major bugs (at least not any that I know of), the graphics are awesome and there is definitely a lot of potential for future content updates. If you play more than a few hours, the game will get repetitive, but I think this will get better as time goes on and more patches are released.
Since this is an Early Access game, I can certainly recommend it. If you have a thing for management and strategy games, definitely keep an eye on this one. The updates are frequent so I believe that this game will get better and better.