Древняя Русь (Ancient Rus) is a short quiz game made my Vladimir Maslov, an author of a few other indie games (True or False, Pythagoria and others).

The game is divided into five missions, each containing a number of questions regarding Ancient Rus or Kievan Rus as it is usually called in English. 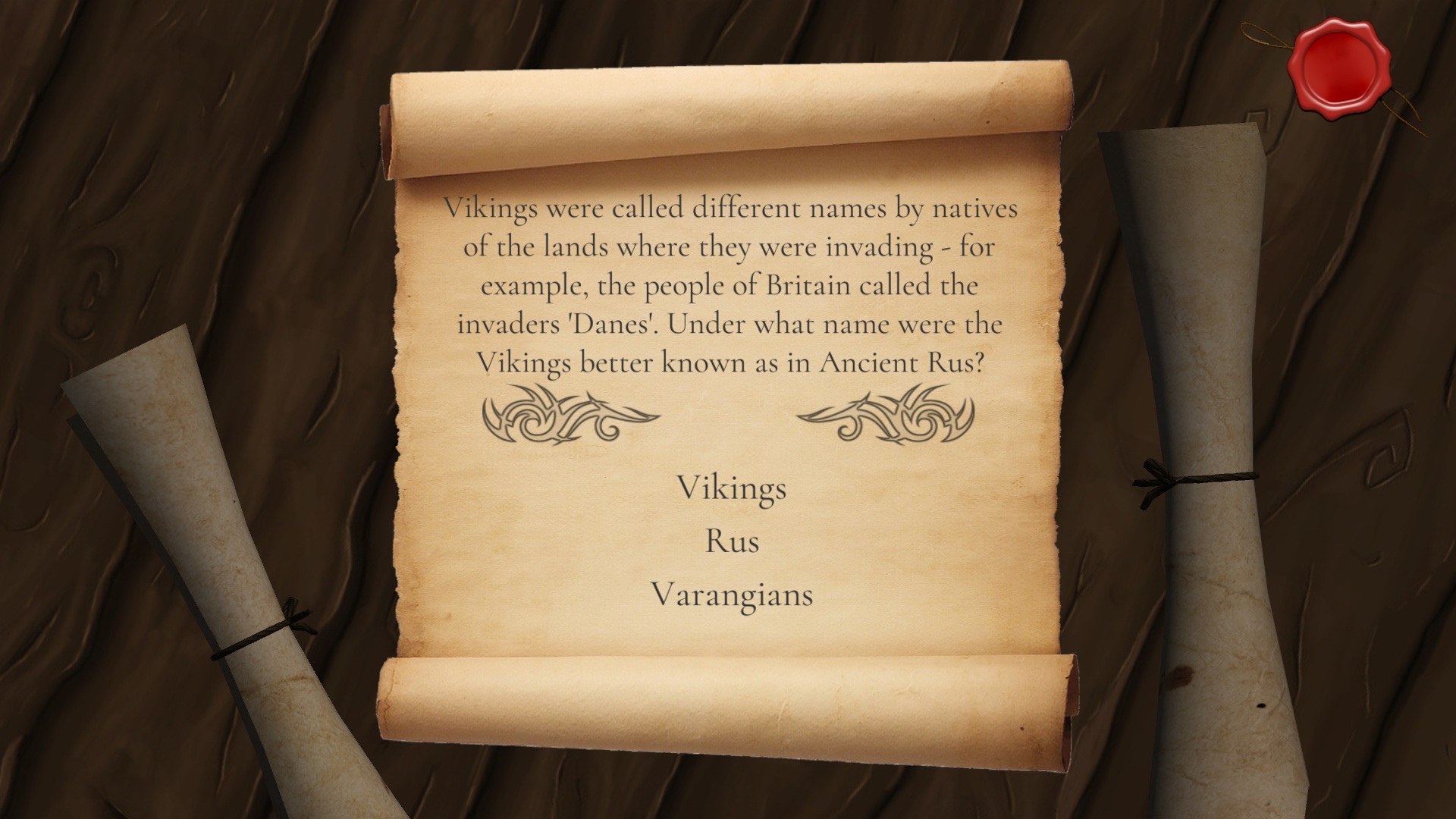 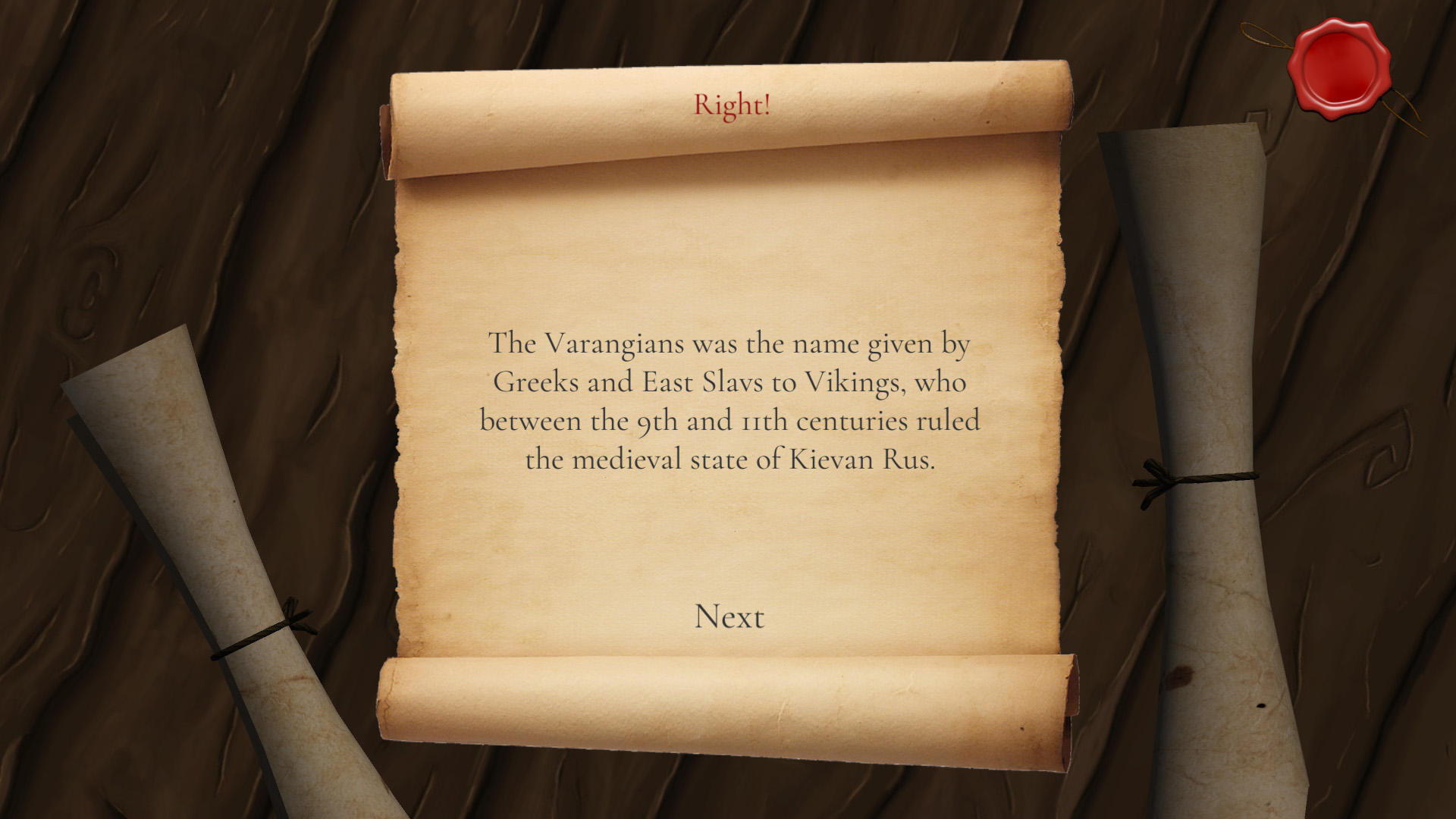 I had a tough time deciding how to rate Ancient Rus – this title is certainly one of those which would fit into the “meh” category if Steam had one. Do I recommend this game? After a series of arguments with my inner self I decided that I do, but not for this price. I did enjoy the game, but there is certainly not enough content to justify the $2 price tag. If you want to get a perfect score in this game (all questions answered correctly) it may take you some more time, but if you don’t want to replay the whole thing, it’s going to take you about 30 minutes.
To conclude, buy this title only if it’s discounted and if you’re a fan of both history and quiz games. Otherwise, you may end up disappointed.