In this title, the player will be the only pilot left defending his carrier command ship against various hordes of enemies. Luckily, the carrier will give out upgrades for every set number of enemies killed, to better fight off the onslaught. The objective, aside from staying alive and protecting the ship, is mostly scoring high combos to get a better position in the daily-resetting leaderboards as you compete with other pilots all over the world.

General Gameplay
The gameplay of Furious Angels uses a simple but well made and effective formula. There are just two goals, first is staying alive, and the second is to defend the carrier. While you are at it, make as many points as possible, so when you inevitably are overrun by enemies, your legend won’t be forgotten!

Combat System
The combat system is based upon skill and reflexes mostly, you will have to improve after every run and understand the various attack patterns of enemies. Once assessed, you then calculate a good flight trajectory that will enable you to hit while dodging enemy bullets. Since the flight model is inertial, there are no quick turns and shooting. You will have to be more careful than normal, or you will end up a sitting duck and get blasted by millions of shots. There are two upgrades gained by killing enemies at regular intervals. First, are Guided Missiles, which you can fire after a few seconds once you stop shooting your gun. The second upgrade is Heavy Armor, which basically transforms your jet into a flying tank until you get hit too much, then it’s back to square one, using a basic jet. Also note that your ship can withstand a few bullet hits and will auto-repair in a short time, but to enable this you will have to hold fire while repairing.

Content
There are resetting leaderboards and new enemy waves each day, a lot of achievements to pursue, though if we speak of content quantity there is not very much, to be honest. Enemy types are not many – just six or seven with two upgrade types, no progression whatsoever, and no other game modes. This game has not been developed with content in mind but with just one thing to do: compete in the global leaderboards, and in that it does pretty well. The main content is, definitely, the competition itself and the skill improvement you get after every run.

Balancing
The game is fairly balanced, enemies are quite strong but again, skill will matter more than everything in this kind of game, I’d say the learning curve is not too steep. The first few times you will die after just a short time but then you will improve. There is nothing too op or too nerfed. The game is well done in this area.

Challenge
Challenge is a huge part of the game. This is both because of the leaderboards and because of the ever increasing difficulty with the number of enemies. I’d rate the challenge of this game at High. 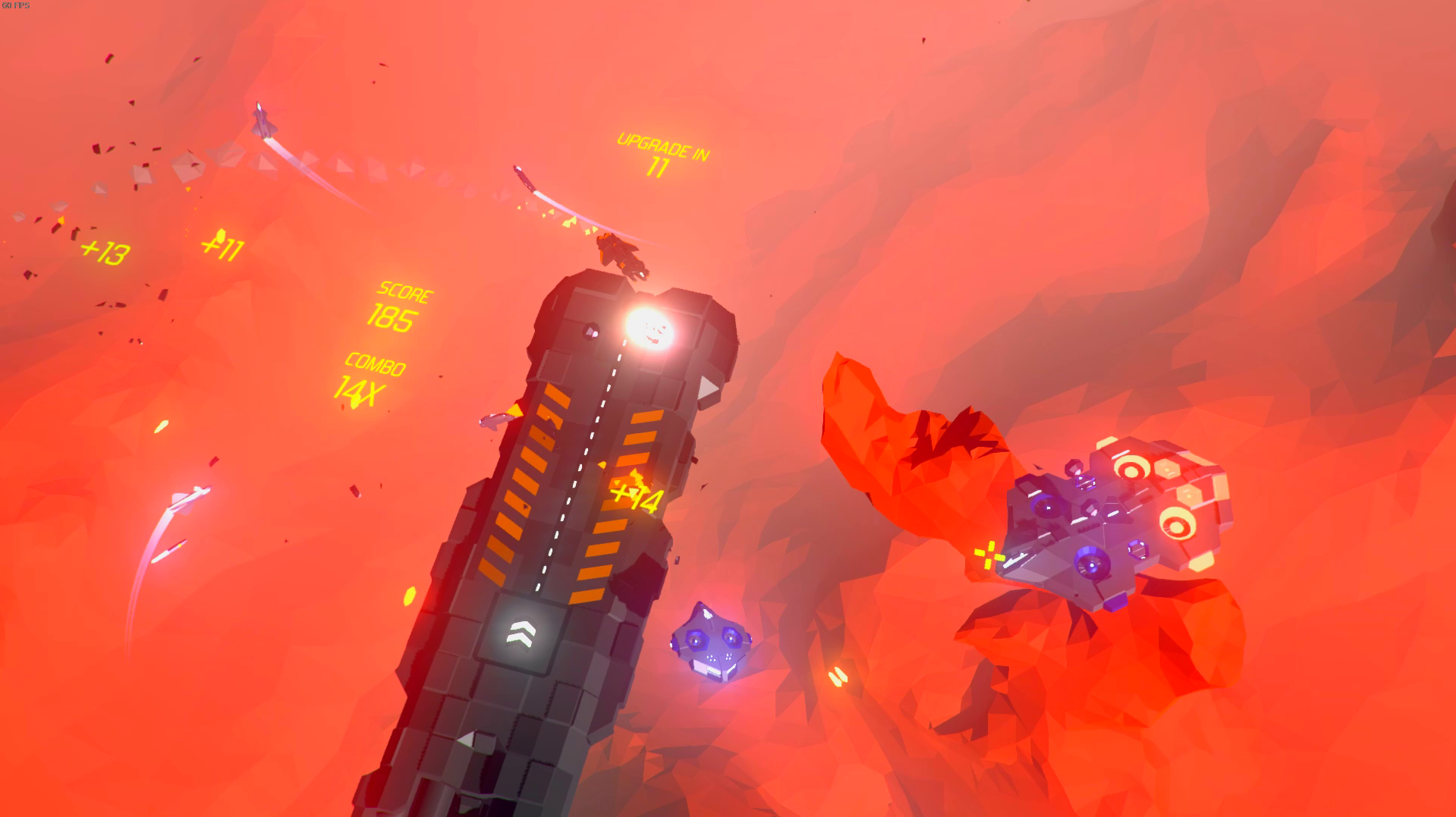 Graphics
The graphical style is quite simple and by no means high poly, but it compensates with some quite cool destruction effects. It feels quite polished and has execellent details on models for both enemies and allied crafts. It is too bad the background is quite low-res. Also the wrecks of enemy fallen ships do fall on the ground but disappear after some time… would be more enjoyable with all those wrecks around to testify your defiance, but again I suppose it is for performance reasons.

Sound
Sound effects are alright, average, some additional soundtracks would have been nice, overall decent.

Performance
Smooth, well done, not many elements on screen anyway, should run well on even low spec systems.

AI
Enemy AI as you would expect is a basic point and shoot AI, nothing elaborate, but does the job.

Quality of Life
Not Applicable. 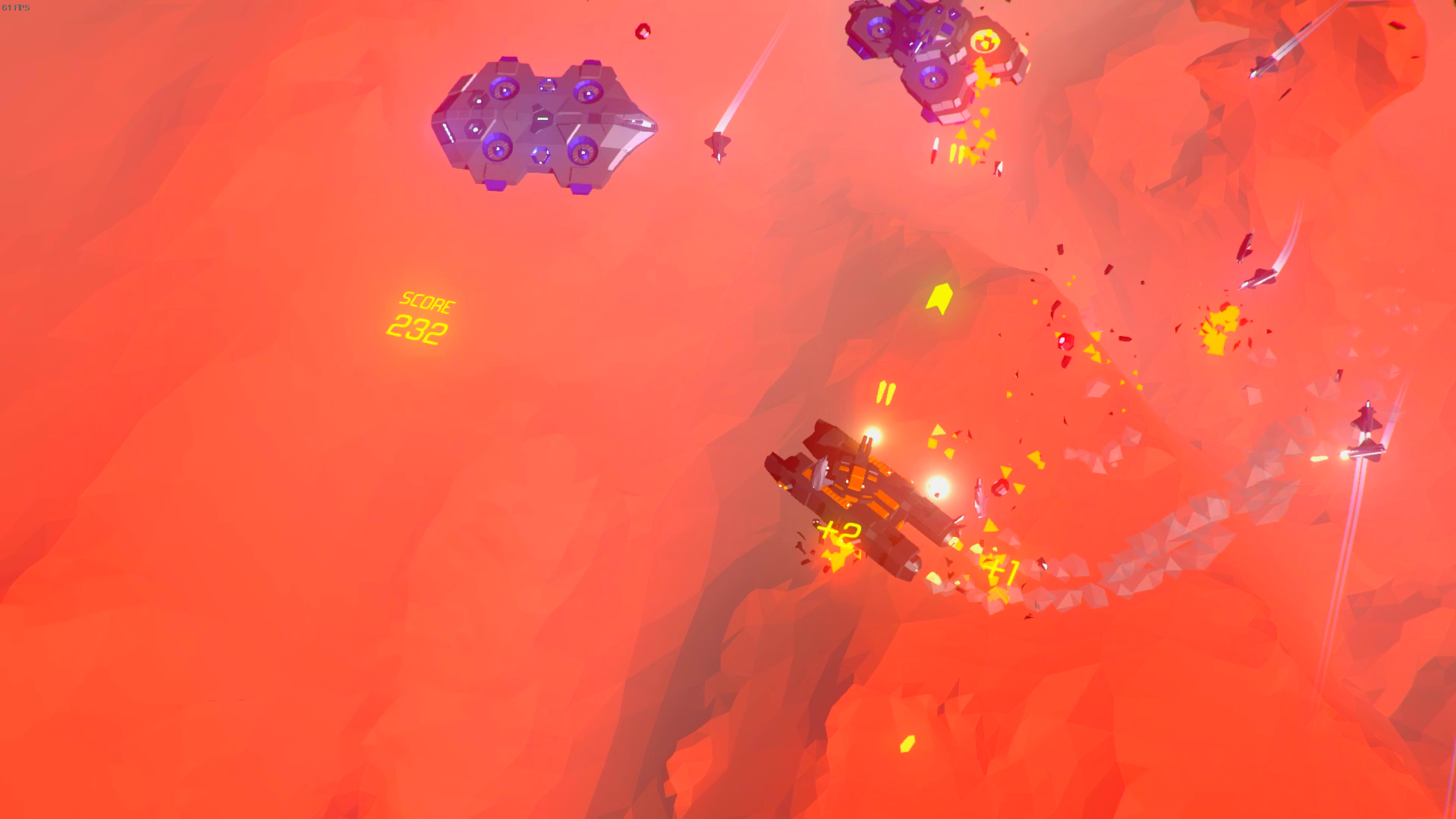 Furious angels is a game I suggest purchasing to anyone who likes competing in leaderboards and such things, but also to classic shooter enthusiasts. It is an above average game for its kind nowadays, you won’t be disappointed.