Batter up!  Time to see if a 25 year old baseball game still has a fastball to throw.

Oh, wow this game came out when?

1992. Such an odd blur of memories swims around in my head; hanging out with the kids on my street after school, playing Wolfenstein 3D with my neighbor, watching Ren and Stimpy as often as I could. It is all one big flannel coated memory with Nirvana and Criss Cross songs in the background. Now, I never had a Neo-Geo or an NES. All I had was my Dad’s 486 that could barely play Alone in the Dark. Baseball Stars 2 was completely off my radar, I even had to check the wiki page to see the history of it. Yet, here it is on Steam in all its glory. Will it still hold up after twenty-five years? I’m about to drink some pixelated kool-aid and find out. 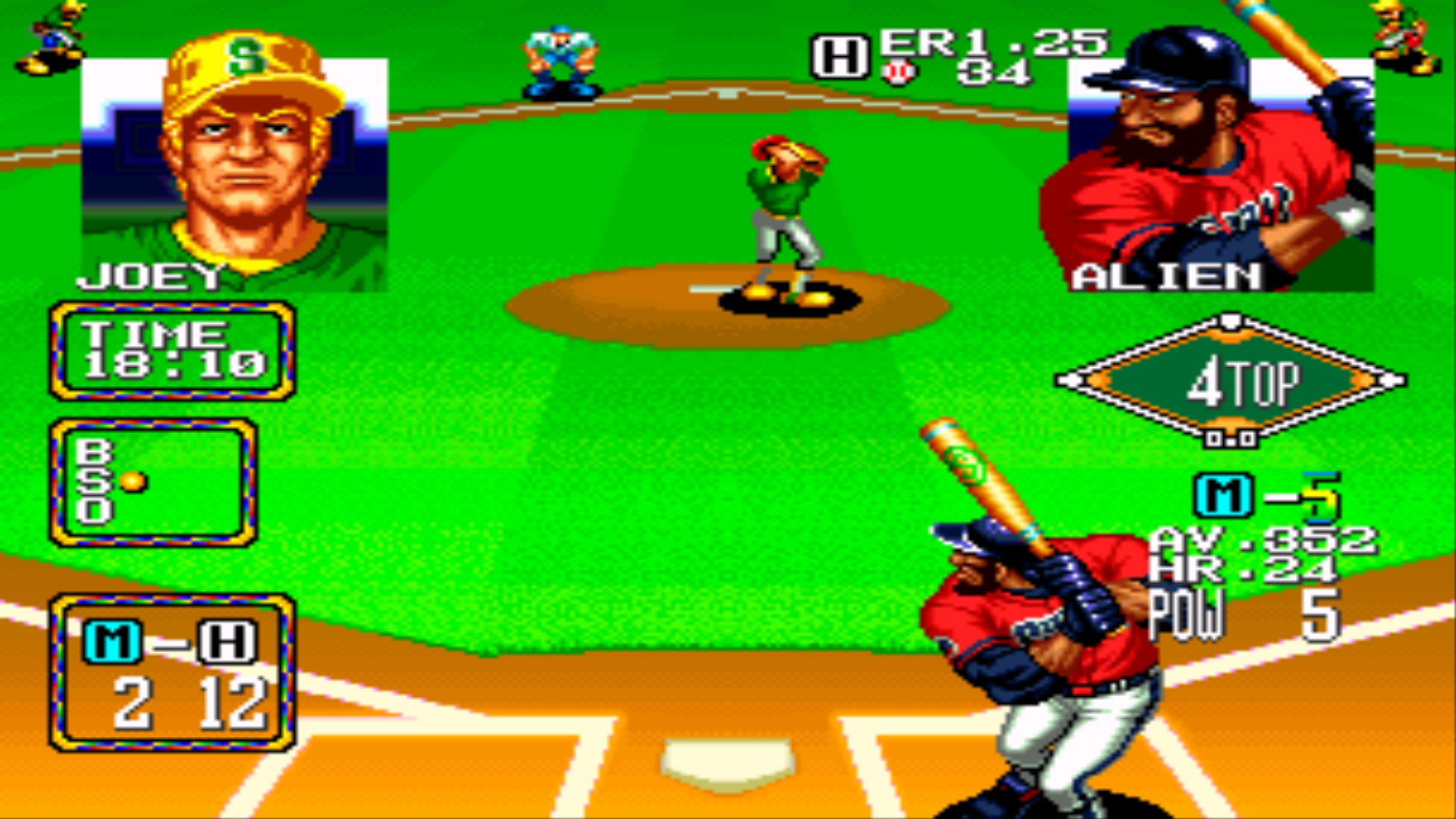 With bright green and yellow hues predominating the screen, there is a rather nice hand drawn look to the splash screen. This extends throughout the game with what I consider well-colored pixel art even though it seems every character is smirking angrily as if they are part-time evil villains on the weekend.

It has a genuine baseball card feel to the art style along with perhaps a dated 80’s comic book look to each baseball player. There are animations throughout the game, including pitching, hitting, and the like. Don’t expect to have still graphics here, it’s entirely animated with slight movement throughout. Sometimes the graphic action moves a little too fast for me, as power-ups and player changeouts surprised me with the quick speed across my screen.

To my surprise, I can even play this in 4K. Granted, it looks the same as if I did in 1080p. I set the graphics to widescreen which squishes the players slightly but looks well enough. I’m impressed by the graphics options on a game this old. One caveat, I tried this on both my gaming PC and my laptop. Since my laptop is not 1080p, and the game uses cloud saving, it would not render properly on my laptop once I sent the graphics to 1080p on my gaming PC. 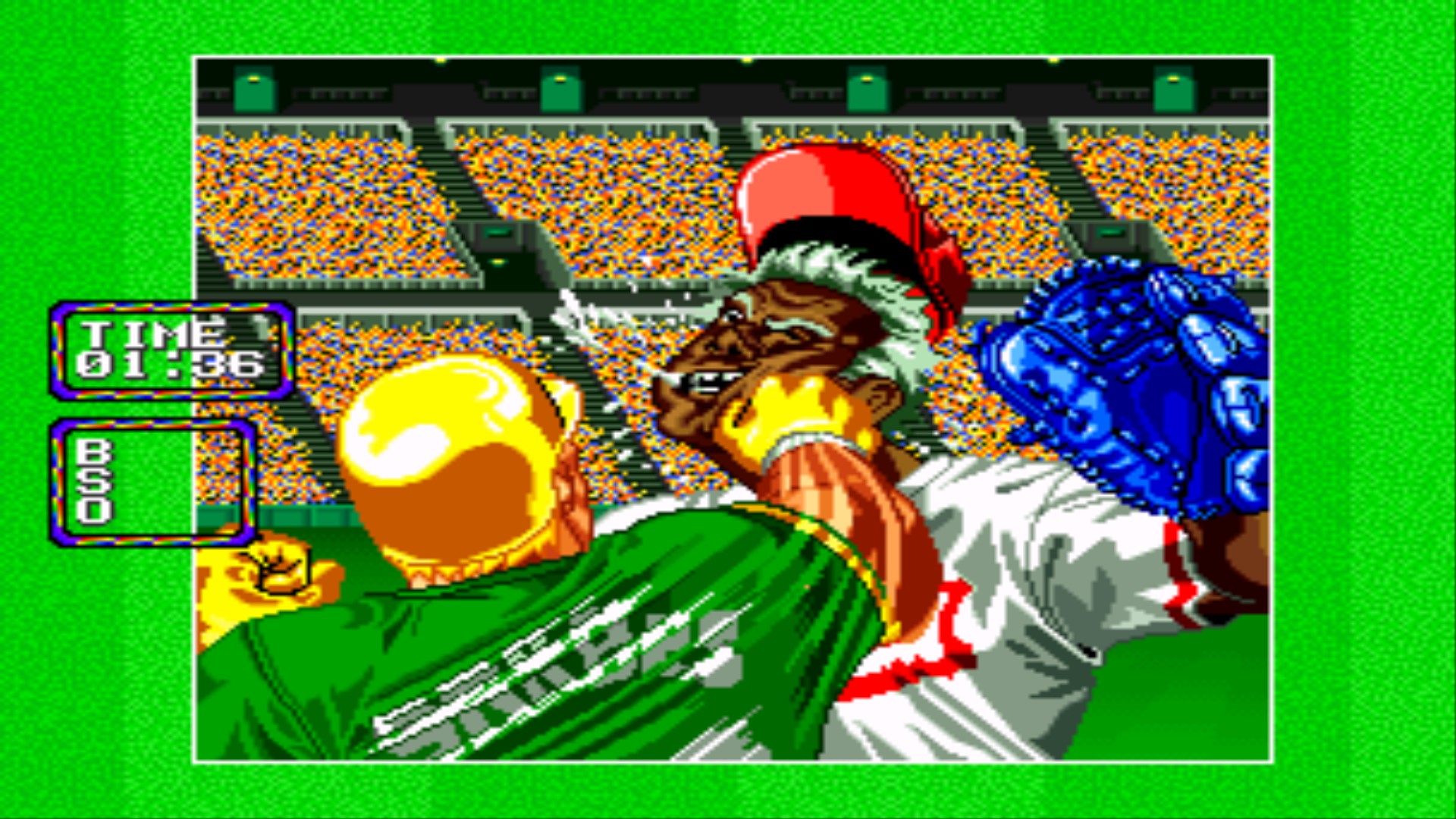 It’s loud and arcadey with the occasional “BASE..BALL.STARS..2!” thrown into the music. It really does feel like the same type of music as the other Neo Geo games I have played like Metal Slug. I don’t really mind it, but once you play in single player mode you might be turning down the volume if you didn’t lower it already from the options menu 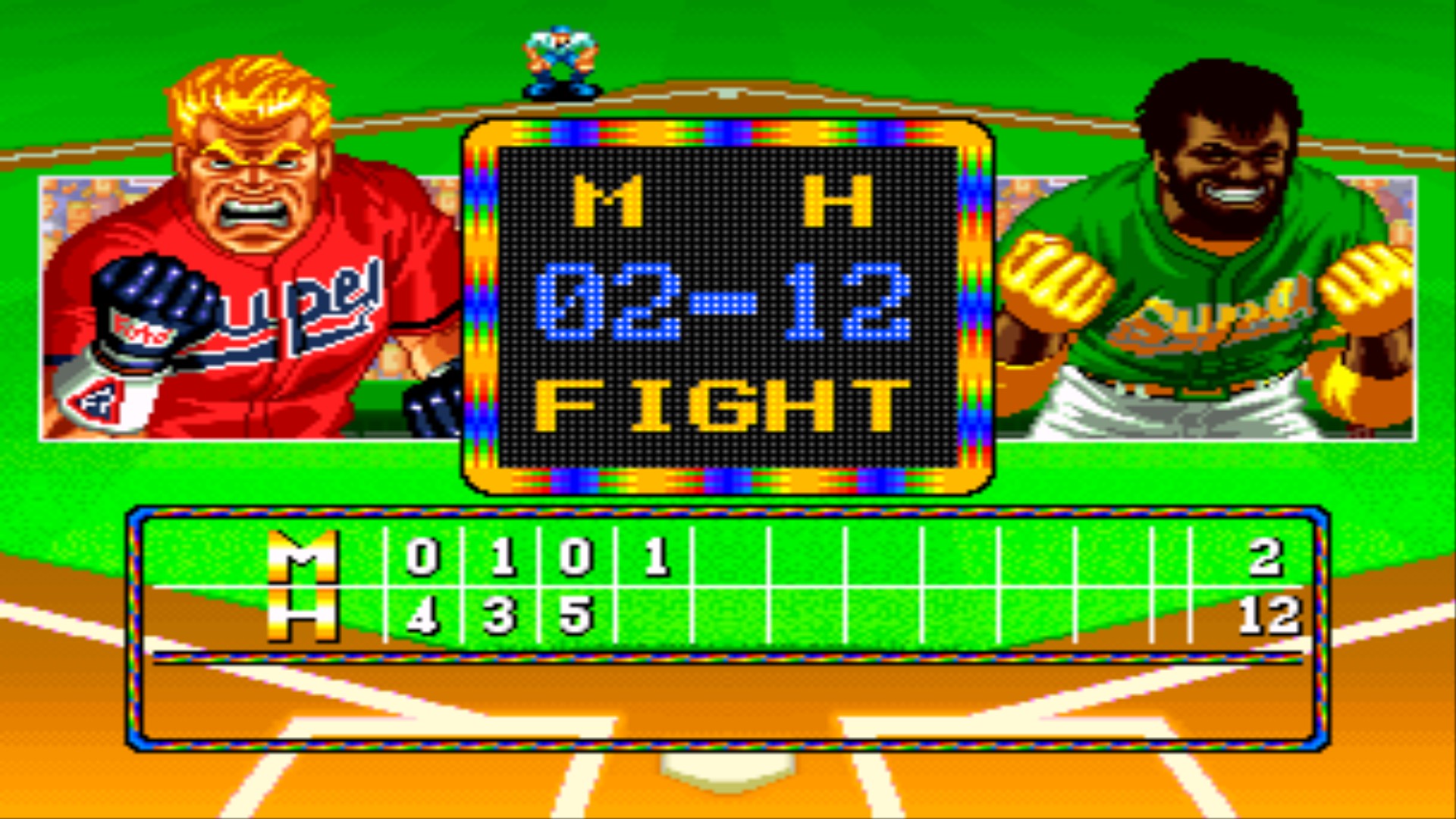 When you start out you can play single-player or a two player local co-op. If you decide to play the single player, watch out. You have to play the entire playoff series in one full playthrough with no saves in between. Basically, you will be there to battle it out with six teams for several hours unless you decide to quit the game without saving.

There are two modes of gameplay, easy and hard. I recommend using the easy setting to start out with as it’s a whole lot easier to catch a ball in the field. From there, you get to pick your team. Take a look at the stats to see what team you prefer. This is somewhat important because those stats carry on into the game, meaning that teams that hit better, catch better, are evenly balanced and such will have those same advantages in the game. What is kind of nice is that none of these teams exist and Baseball Stars 2 has fun with that bit with such things as players named Mummy or Zombie if you pick the New York Monsters as a club. I imagine there are no license hoops to jump though because they omitted using real major league names in the game.

Right here is where the gameplay gets to the nitty gritty. It’s slightly basic in how you can hit or pitch. However, don’t think it’ won’t be hard. Pitchers throw curveballs, fastballs, slow balls, and everything in the middle. It can be exasperating to hit something. When you do, unless you are hitting a home run you will likely be out because the CPU is an expert at catching balls. I believe I only had one grounder that they missed, barely making it to first base. There are power-ups and player changeouts to play with too, so if you really need a homerun then use that power-up to knock it out of the ballpark. If your pitcher looks tired and the pitches are slowing down, change him out. Pitching was perhaps the only thing I was half decent at in this game. I could aim just towards the edge of the mound and switch up between fastballs and slowballs. Try as I might, I could not get a proper curveball to work. At best, I could shut out the opposing team for an inning. Mostly, though, they would hit a ball and I would miss the catch if I was too far from it.

Catching was perhaps the worst part of the game. The angle is super low, making it very hard to judge where to be when the ball comes crashing down. Also, if it hit to the back of the field you would have to scramble to catch it with players that felt disjointed as I controlled them all in one massive grab – usually falling flat. For the most part, they looked like foosball players all missing the mark repeatedly in unison. This went on and on as I missed those catches, making me want to cue some Benny Hill sax music. I usually lost big time in the pennant race, so if you play this I say play with a friend so that it evens your chances. 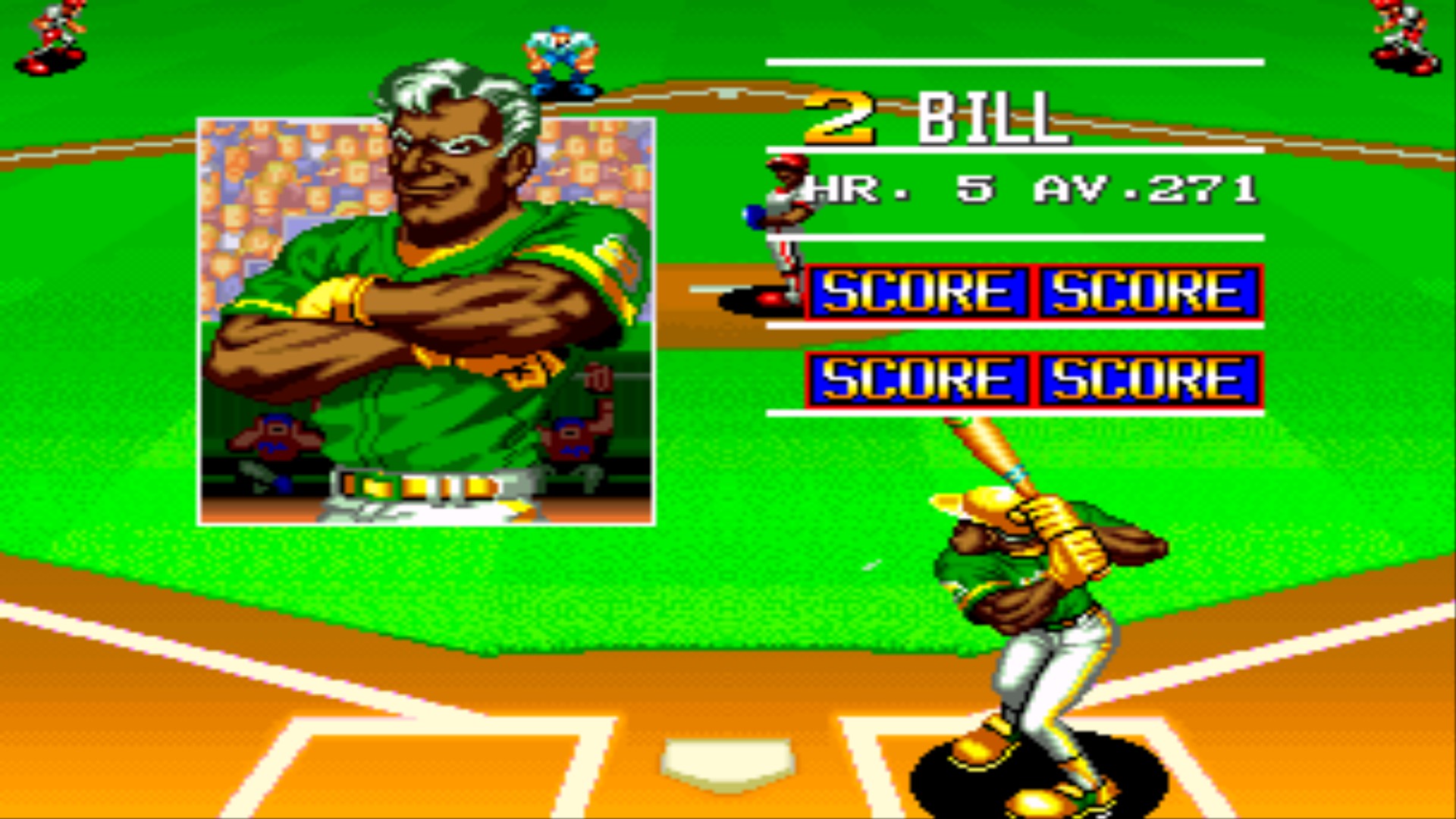 It’s kinda fun. While I doubt I would want to play the single player again against all the teams in succession and no saves, the local co-op aspect of the game it pretty neat. I can see myself loading this up with a buddy and some beers to see who could win with these fielding controls. My Xbone controller had no troubles in the setup and frankly, it’s a decent port by Dot Emu. There are some funny moments when you hit a batter with a ball and he comes over to punch you in the face. That right there is golden.

While I would not say it’s a must-buy game, it is surprisingly well designed and holds up for a nice arcade experience from 1992. Despite its age and limited controls, I think I could find some fun with a friend and trying to catch balls from backfield – while not entirely sober. That’s well enough for me anyway.