A new Indie survival crafting sandbox showing some promise and a handful of exciting features, could be one of the upcoming stars if done the right way.

Planet Nomads is an open-world, procedurally generated, sandbox game with survival elements. In this title the player will impersonate an explorer, marooned on an alien planet, with very little resources and with the objective to survive the wild.

Currently, Planet Nomads features two game modes, which both are single player: Survival and Creative. The difference between the two is that Creative removes all the Survival aspects of the game such as hunger, thirst and sleep, and also material harvesting, and gives everything to the player from the start, ideal for those who want just to build stuff without other worries. Survival on the other hand is a more deep experience where the player has to struggle quite a lot to get all he needs to make it to the next day and not get killed, starved or worse. The core gameplay is based on the typical Sandbox cycle of Harvesting -> Crafting -> Building -> Repeat, so no great innovations in the gameplay so far. It is a decent sandbox survival experience but does not add anything particular to the formula to this date. Two positive mentions must be done to 1. the possibility to craft your own vehicles from blocks and 2. an electricity connection system with generators which has good potential are present. 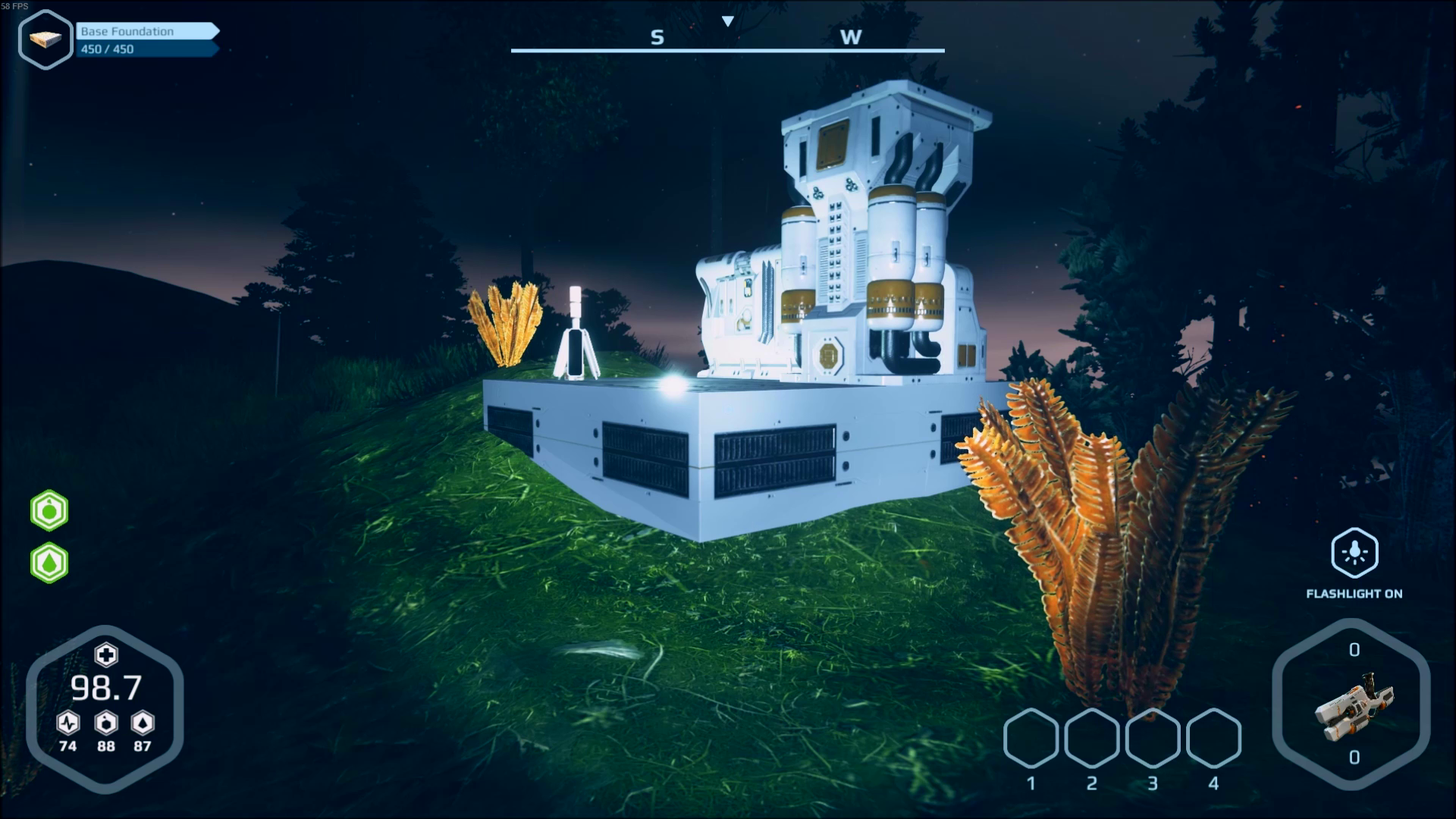 There are hostile creatures around the map guarding purple-colored monoliths containing various materials and even crafted components. They have very basic follow AI and will attack by throwing boulders at the player in a rather crude way, can be dodged with not much difficulty and generally do not represent a high threat unless in groups. So far this is the only combat seen in Planet Nomads and it is hard to tell how it will develop further.

Be it Survival or Creative, the game right now doesn’t have that much content to be honest. While Survival might take a handful of hours (say 8 hours top) to set up a decent outpost and get all the top tier equipments (mostly because it will take you a lot of time to find rare minerals), and get a vehicle running, Creative does not offer many building possibilities with the stuff available right now, so if you are looking for a replayable game with decent amounts of content you will have to come back much further in the development.

As of 0.5.0 a good rebalancing work has been made on Survival aspects, which are now much more ideal. So far, i noticed that mineral resource distribution on randomly generated maps can be a bit erratic, it can happen to not find any material in a large area and it becomes crippling to cover long distances to get materials with a limited inventory. In general, there are no major problems in the balance of anything, but many things could be improved.

As a survival game, Planet Nomads is not very challenging, only basic needs are covered and are satisfied quite easily, we hope to see more elaborate survival mechanics in the future to add more depth to those who seek it. 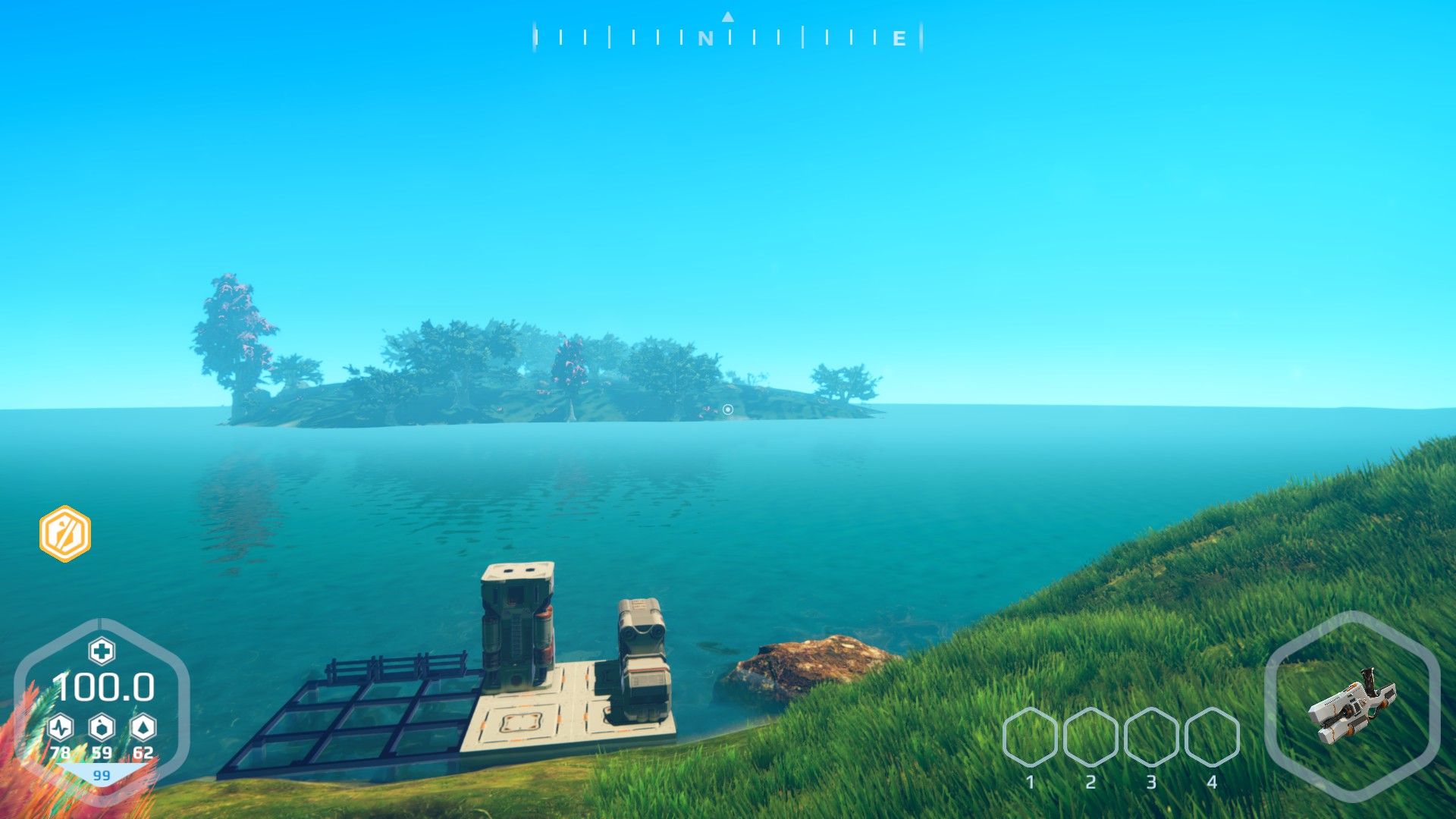 From a graphical standpoint, Planet Nomads is currently decent. Being made with Unity, the lack of more advanced graphics with stuff such as good ambient occlusion, shaders and so on is noticeable, as graphics will look a bit “stale” at times. Models are good, especially the ones of facilities, tools and vegetation, we hope to see the same quality in upcoming content. A bit more detail on terrain would not have hurt, as at times the terrain looks like a low-res texture all along. The lighting system still needs some work, as you will often see light sources reflecting outside even from closed spaces, or the moonlight on water being as bright as the sun. There obviously is a lot of graphical minor problems.

Sound system is very basic and honestly has nothing very good or bad to mention.

Well, performance in PN is not good at the moment. FPS drops and stutterings will be fairly common, for the graphics it delivers, the performance is indicative of a serious lack of optimization and polish, which is understandable at this development stage, however be informed that if you seek a constant, optimized experience, this title is far from it at its current state.

AI of enemies, the only Ai controlled creatures around at the moment, is very basic and has nothing particular to mention. Sometimes will get stuck staring at the distance, even during a fight, but that’s a start isn’t it?

There still is much work to do on the UI and generally on the quality of life in this title. I personally found that while some functions like queues are good, other things like very limited inventory, the constantly having to open dozens of containers to get / put back in the materials you need to craft, the lack of any automated / partially automated craftable device to quicken the crafting processes a bit, are sure to make life harder.

A lot of them, major ones i didn’t notice, but minor ones, the list is far too long. 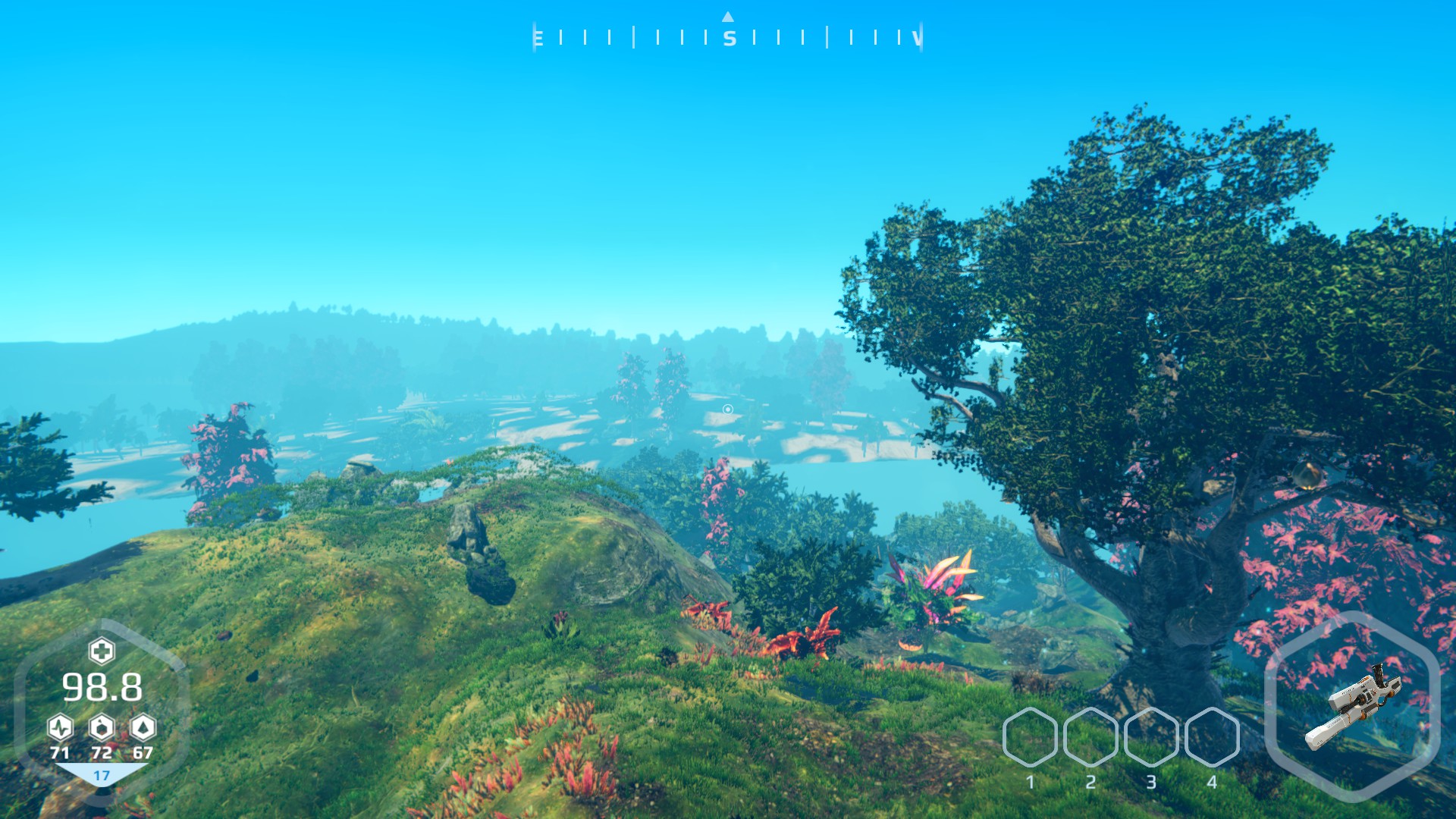