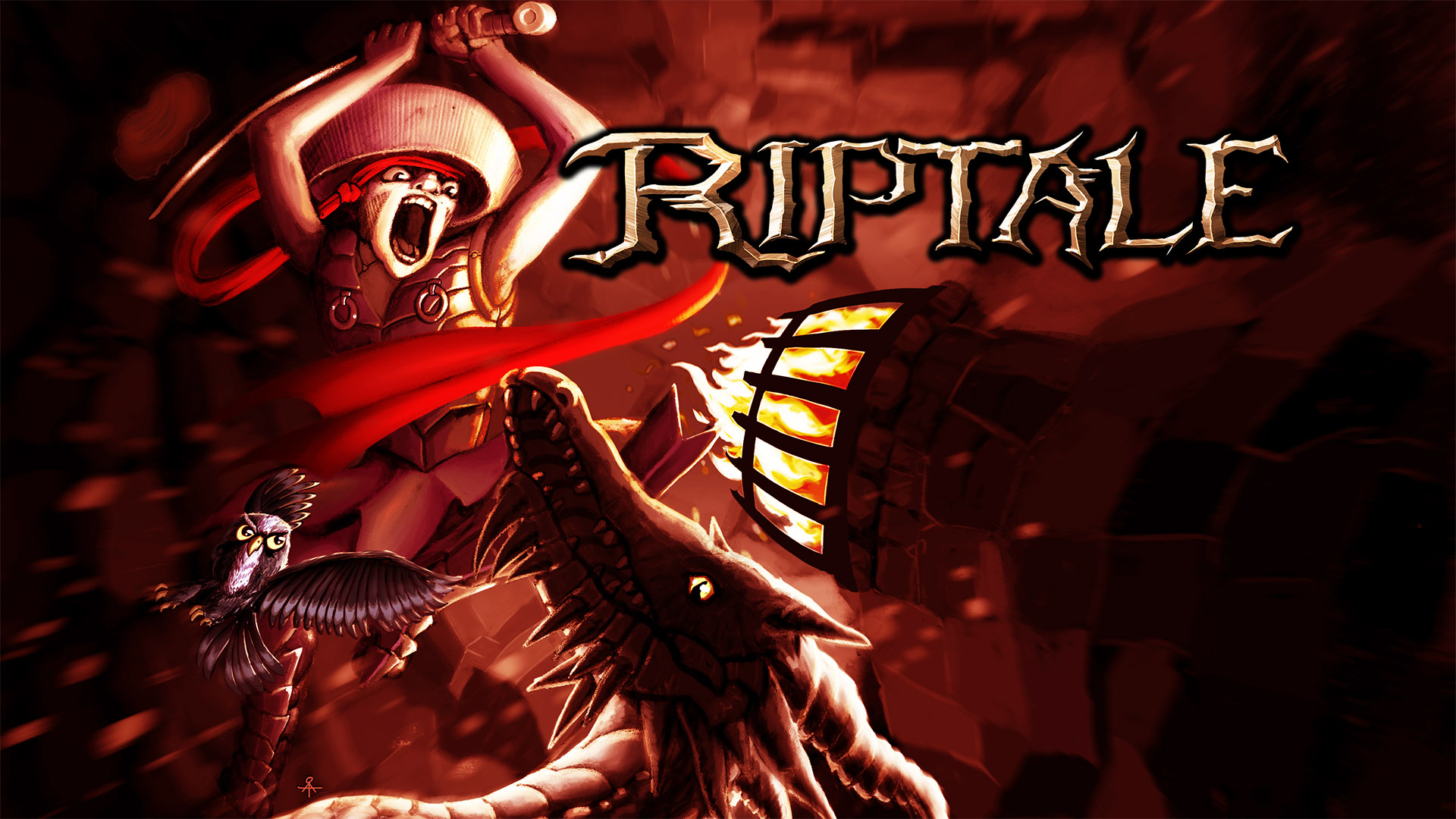 Recently Greenlit, Riptale is now scheduled to be released within a few months and the devs prepared a demo for the Press. 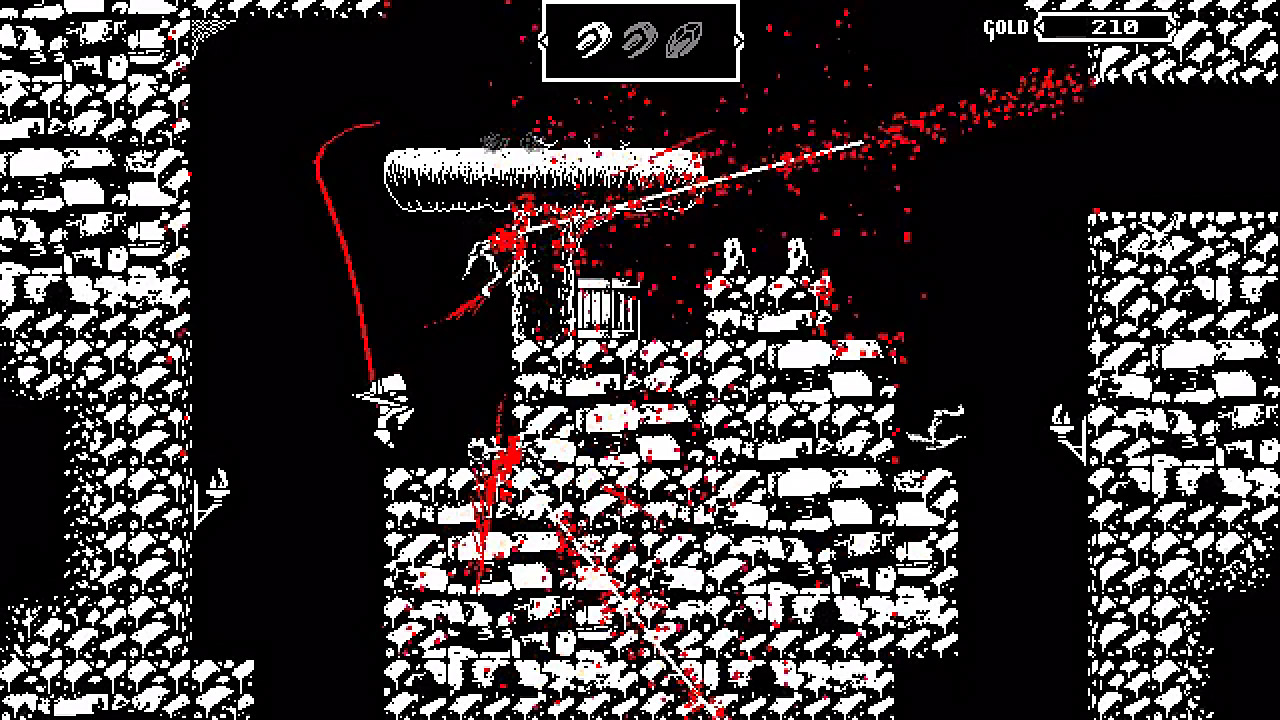 Riptale’s black & white aspect, blocky ruins and starting the game by dropping down a cave entrance immediately reminded me of Downwell. Both are also roguelites with permanent death, procedurally generated levels, occasional shopkeepers selling you boosts to your attack, and the aim is always to go deeper.

Within a minute of playing, it was instantly clear that Riptale does not yet have the level of polish that Downwell has. Thankfully, it has something else: less focus on the platforming and more focus on meaty combat with a pleasurable sword dash that flies the main character across half the screen. Hitting an enemy is very satisfying; monsters instantly die and their blood spatters on the walls, painting them red. I encountered three types of enemies: snakes, flying pterodactyls of some sort, and ninja cultists who jump and dash. Hopefully, there will be more to come in the full game. The AI opponents sometimes get stuck, but overall they are quite fast and the player will need quick timing to dispose of them. They are rather easy to deal with, most of the health I lost came from not identifying that an enemy was there, being surprised at the start of a room or waiting for my attack to reload. 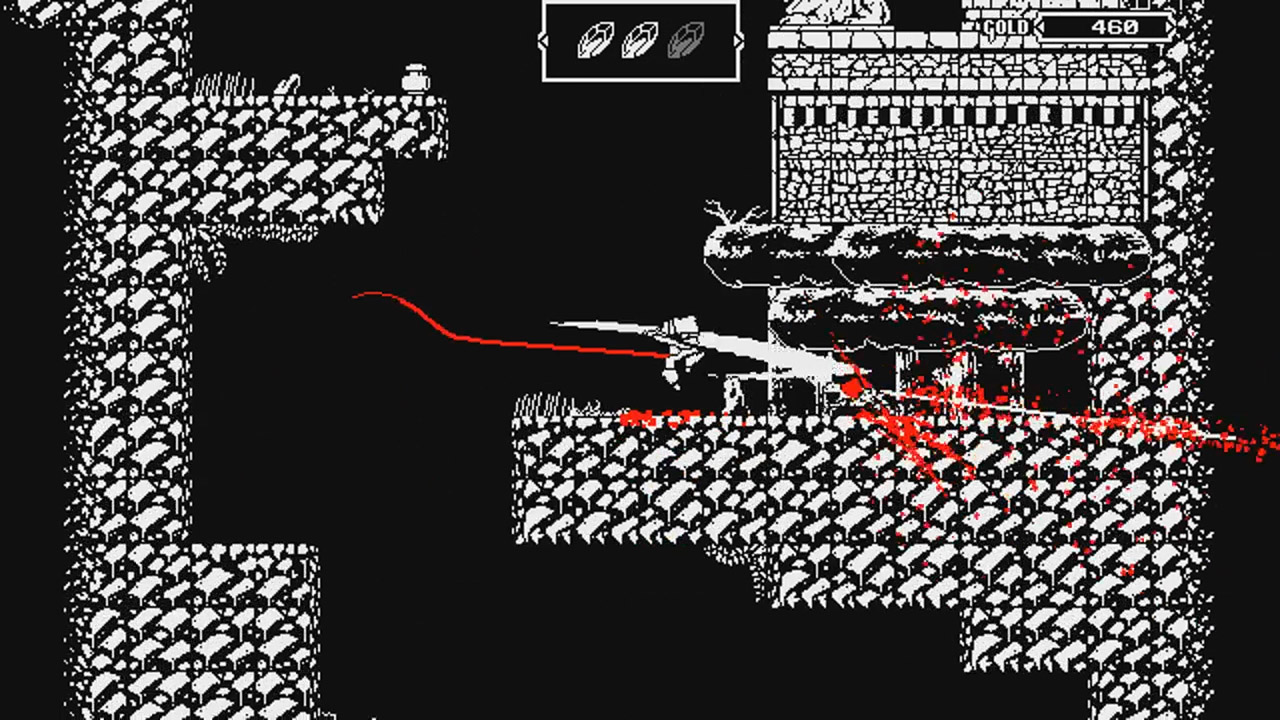 The keyboard controls are awful, arrow keys to move, Z to jump and X to attack. I hope it will be possible to rebind them when the game is released. With a controller, the game feels much more comfortable, however it seemed to me that it lacked the finer nuances of movements allowed with a stick. Small steps are not possible, only running, which can make it sometimes a bit fiddly when you want to cram into a small place. Furthermore, the dash attack has some trouble being performed at odd angles, as if the stick was not considered as 360° but rather as 8 directions (up, down, left, right, diagonals). My first steps in the game were very clumsy, but then I got used to the range of movements and went with the flow.

And what a flow. This is where Riptale shines the most, very fast-paced movements and huge attacks allow to quickly move from an enemy to another and rush through rooms leaving behind only a trail of blood. With its upbeat chiptune music, I quickly entered the state of “trance” that so few action games manage to achieve.

I found the graphics very charming, despite the procedural generation I felt a good sense of place. These ruins belonged to a great civilisation, with many towers and statues. Now it is an underground derelict with nature taking back its claim. 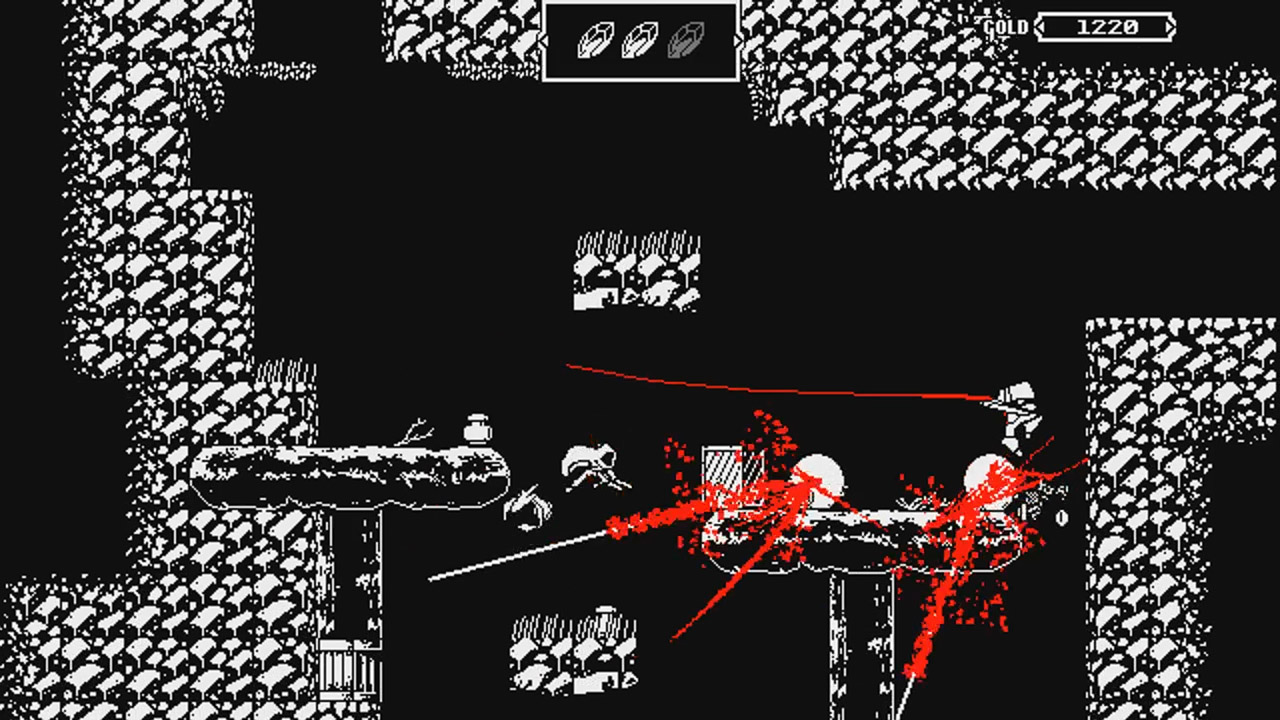 As a conclusion, so far Riptale lacks a lot of polish and precision in comparison to the pillars of the Roguelite genre, but it makes up for it with a satisfying fast-paced combat and simple yet charming graphics. Sold at a reasonable price, it could be a good pick to enter a trance and run amok.

Here is a video to see it in movement: