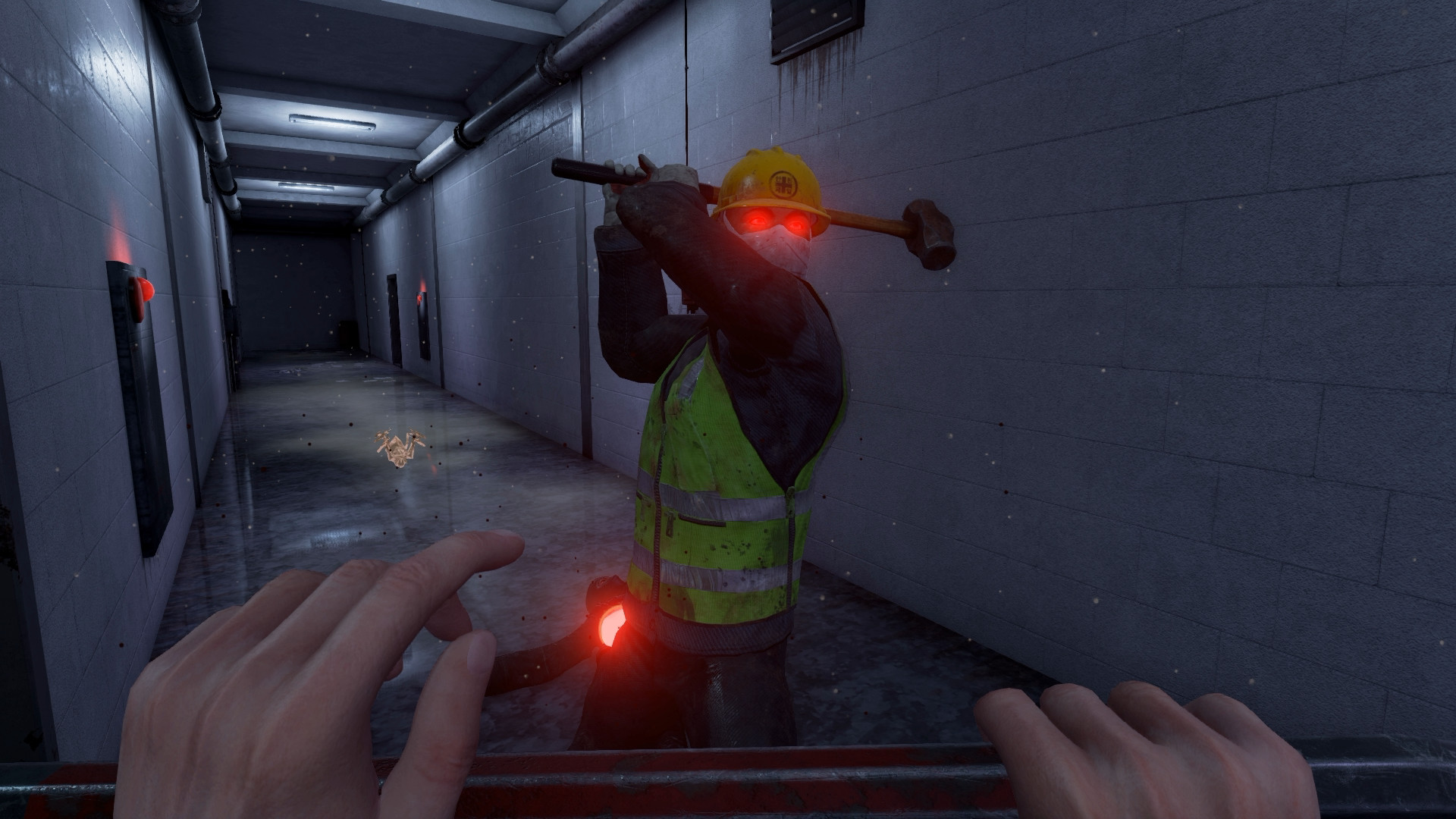 PREVIEW: Gone with the Demon

by Dead Parrot15 February 20175 min readAdd comment
Gone with the Demon is a first person melée based game with RPG elements. Does it provide a scary encounter with the demons or fall flat on every aspect? Let’s find out: 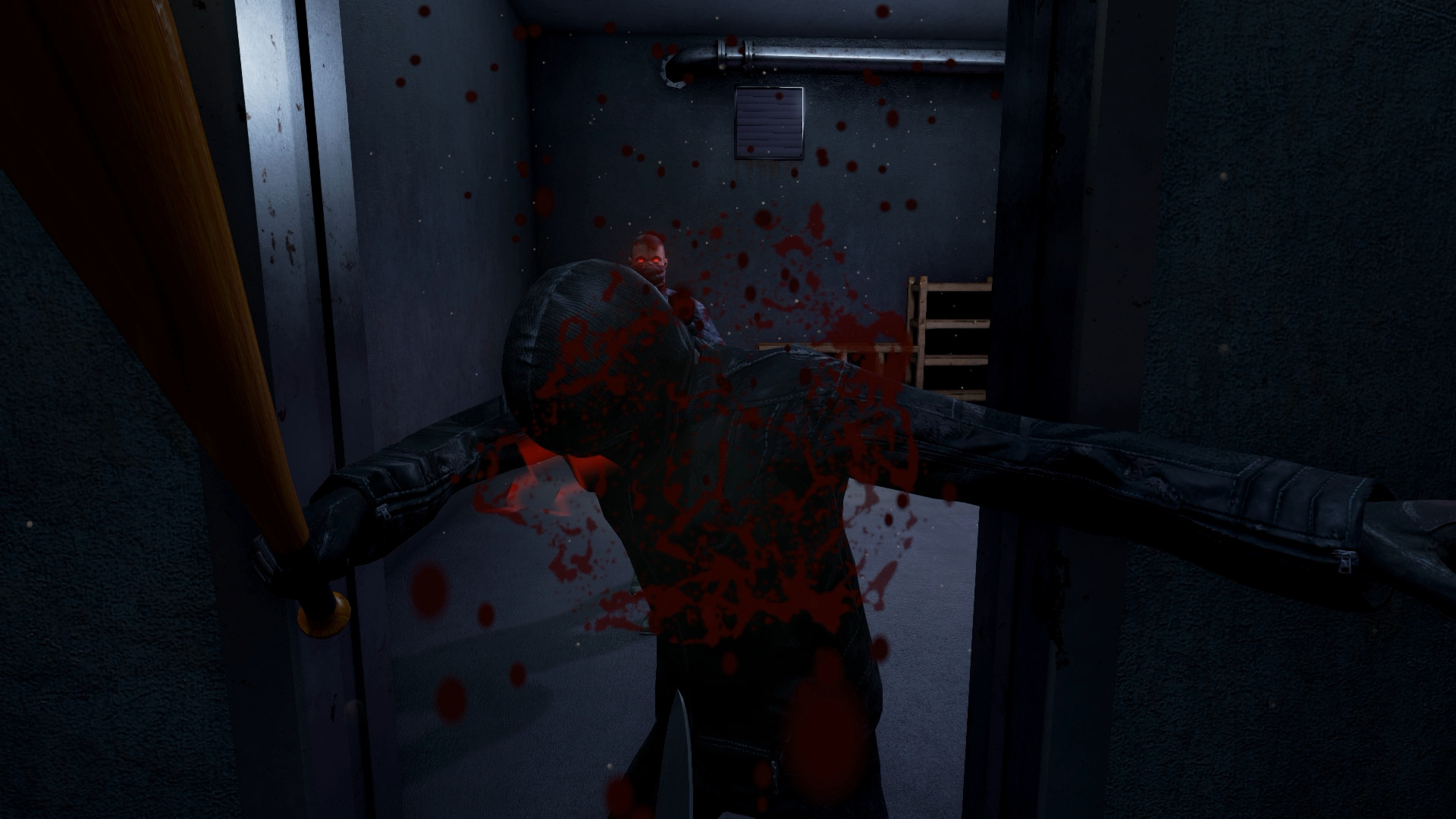 Gone with the Demon puts you in the shoes of an unknown man who starts out in a broken elevator. From here he has to search the various rooms in the building and has to eat, sleep, open doors, fight, rinse and repeat his way to the basement. At time of writing there is barely any sort of story present in the game. There are a few notes lying here and there which provide a few bits of lore but the game seems to be begging for a good, fleshed out story. You start off unarmed with the game requiring you to go and investigate the various rooms and take anything you find of importance. You fight against various zombie like creatures with red eyes who are intimidating at first. Initial versions of these guys are essentially punch bags with them doing almost nothing to actually hurt you. Slowly, as the game starts to pick up the pace, the difficulty rises. Enemies start holding different melée weapons and start to block your attacks. The combat, though somewhat slow and clunky, gradually turns out to be actually interesting as you have to time your attacks and blocks to fight against oncoming hordes of enemies. There is a learning curve to the combat and you will need to bear with the game for its first half an hour to actually get going. 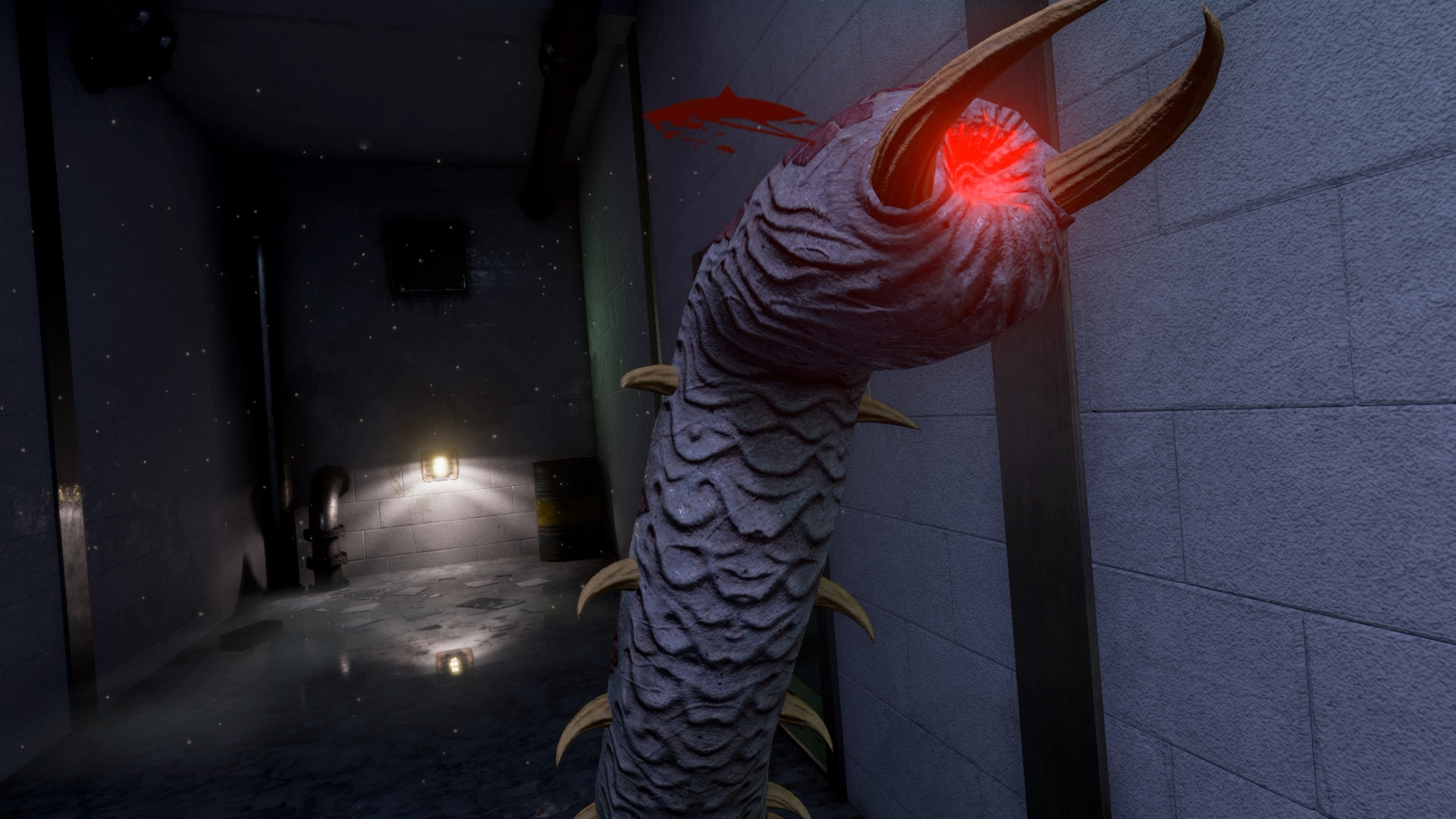 Gone with the Demon is a game that relies heavily on looting. If you try to rush the game and leave without looting the bodies or exploring the rooms, you will soon have the odds stacked against you. While the AI is dumb and needs improvement, when you come across a lot of armed enemies you can’t help getting overwhelmed quickly. Now the RPG system present in Gone with the Demon is one of the more interesting systems I’ve seen in quite some time. While exploring the rooms, you find rooms with beds in them. You can sleep on said beds and upgrade various aspects of your characters. While there is a very certain logic fail in sleeping in a strange bed in a building which is crawling with zombie like demons, they act as very important checkpoints. When you are killed by enemies you respawn on the last bed you slept and your enemies grow a little tougher. To turn them back to normal you will have to find a totem on your way and spend some essence points to do so. This seems to be inspired by the nemesis system in Shadow of Mordor and is a nice little touch to them. The game is very repetitive though and the combat is slow and clunky. If you are looking for melée combat like Warhammer End Times; Verminitide or something like that, you won’t find that here. Here the combat is far more methodical and requires you to time your attacks and blocks carefully. There are a few bugs present in the game and it crashed on me a couple of times but it is kind of expected from an early access title. 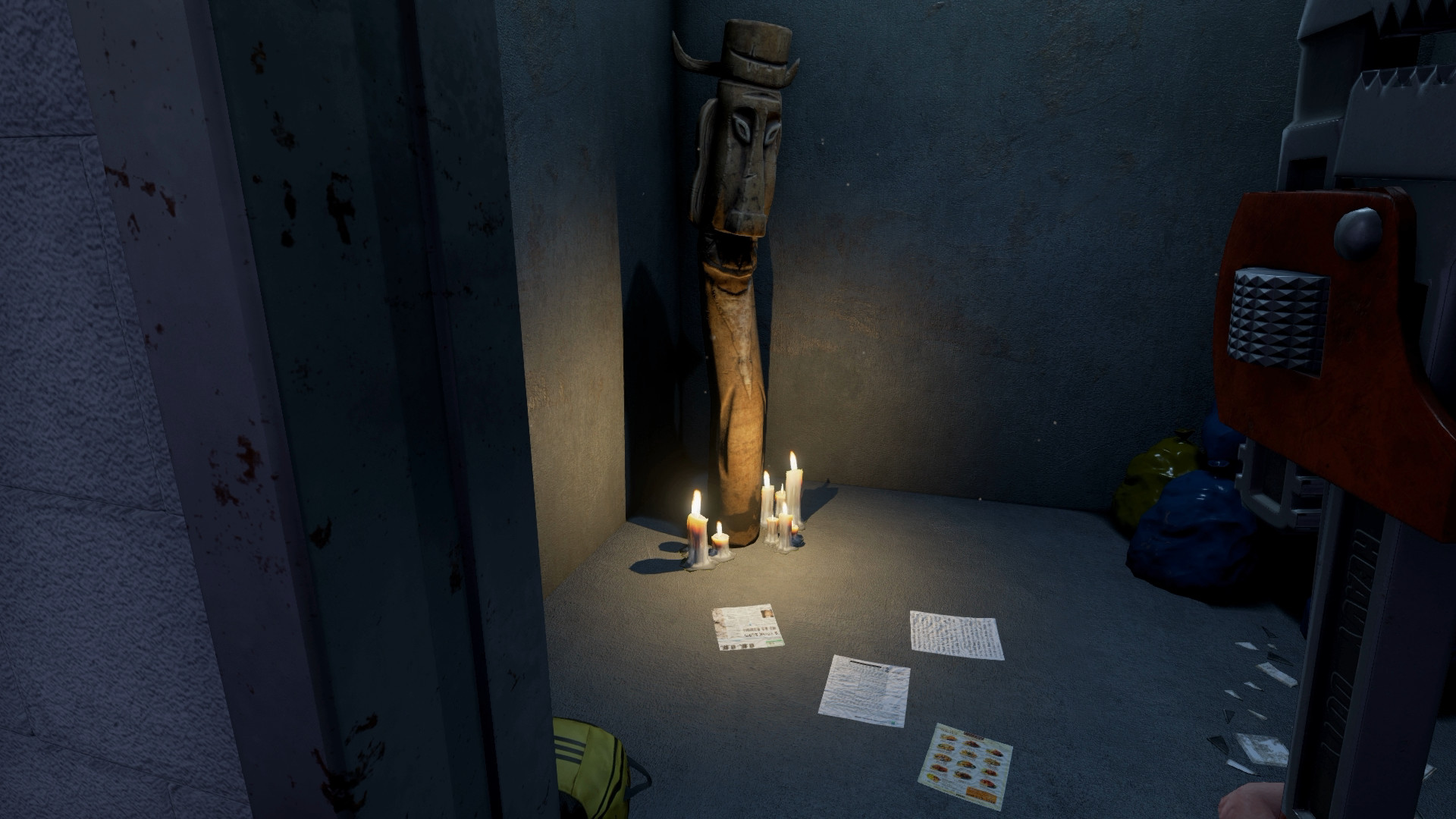 Gone with the Demon runs on Unreal Engine 4 which is a good thing for the game. Visually the game creates a claustrophobic atmosphere and looks generally good throughout. The enemy designs are all right but the boss designs truly stand out and visually create an impact. Though the game looks good and the animations of combat looks fluid, the game suffers because of repetition and the movement of characters. The way the enemies move simply makes them non intimidating when they are alone. The rooms are repeated way too often and there is a certain lack of difference between said rooms. It is not helped by the fact that these rooms are mostly empty and lack enough details.

There are two parts to the sound design of Gone with the Demon. While the main soundtrack is good and complements its atmosphere by creating a creepy vibe, the grunts and other sounds made by the player and the enemies are absolute trash. They need some changing to feel actually scary. 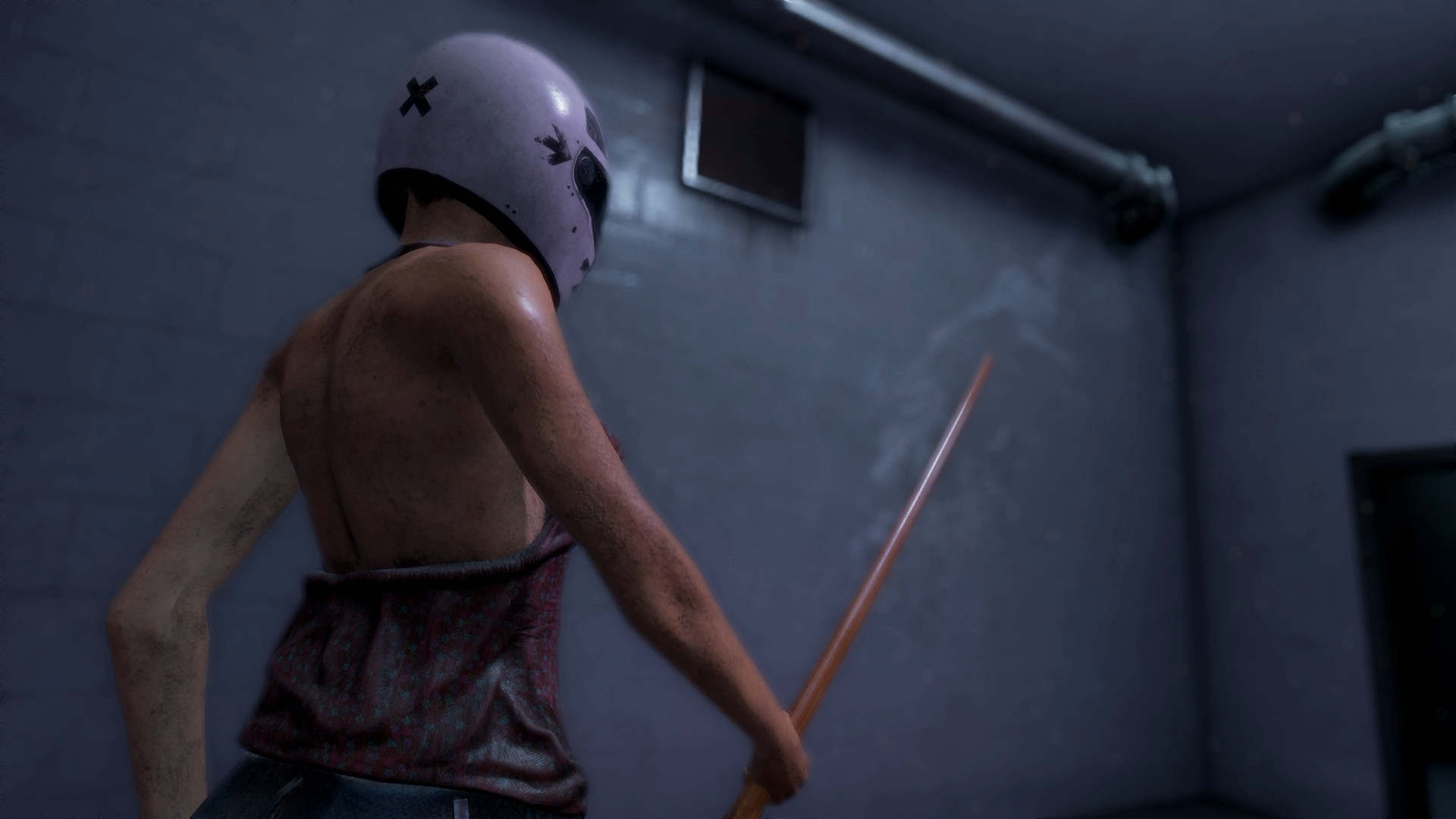 Gone with the Demon is a game with huge potential. It is still in early access and has a long way to go before it is ready to be released. But it does have a very interesting combat and RPG system and requires you to think before you start mindlessly swinging around your knife. It is in dire need of some polish but it can turn out to be something special in the future.