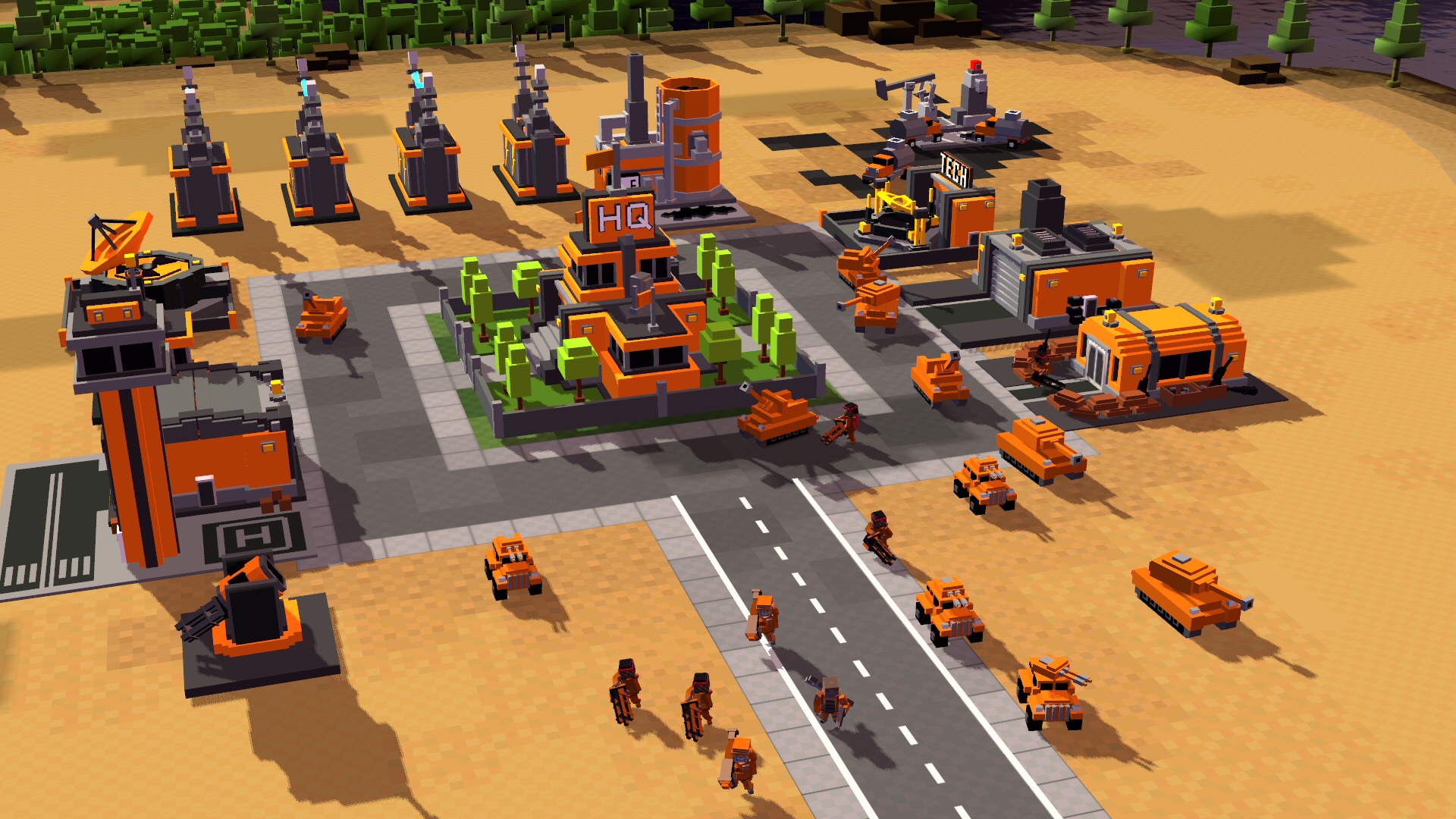 The first title from Petroglyphs’ 8-Bit series and a game from which both players and developer had a lot to learn and adapt to the ever shifting genre of real time strategy.

General Impression
Irony would have it that I’m now writing the third review relating to the 8-Bit series, but Armies is in fact the first one to be released by Petroglyph and that can be clearly seen as soon as you start playing it. Not because of any blatant lack of polish since this developer certainly has experience on their side but for the lack of better words, 8-Bit Armies simply doesn’t have the spark and the soul of its successors, Hordes and Invaders! 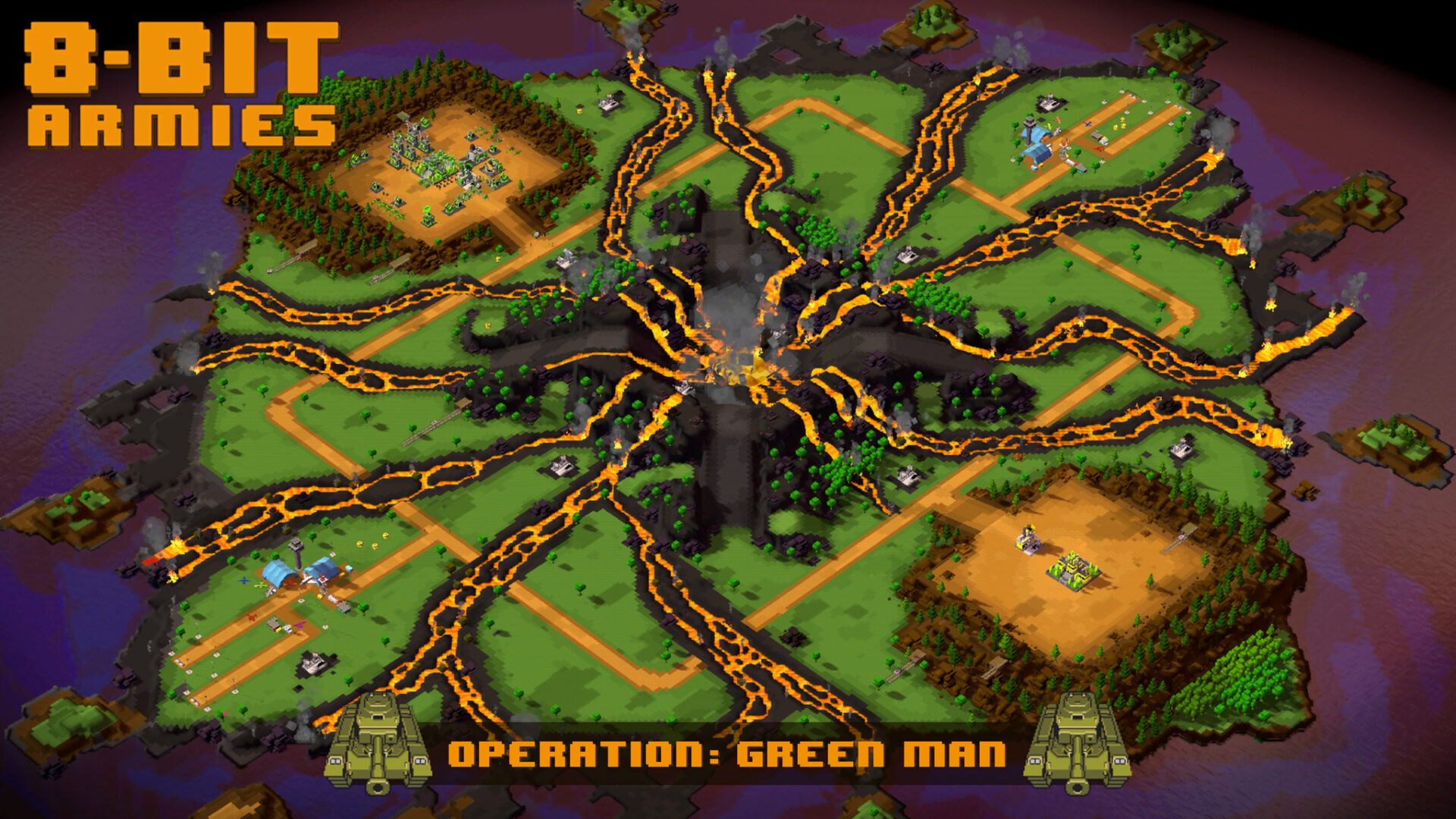 I have a lot of respect for Petroglyph. They developed Star Wars: Empire at War which remains one of the best 3D real time strategies for the SciFi genre and it’s definitely among my Top 10 favorite games of all time. What’s important to understand about this dev team is that they strive to stand out from the dozens of RTS’ which litter the Steam Store. Even in 8-Bit Armies, the weakest of the three games from this particular series, you can still notice their efforts and attention to detail. From the unit animations and down to level design, this isn’t a developer that simply rearranges game assets and calls it “another level/mission is done”. I was certainly disheartened by Petroglyph’s decision to lock one of the two faction campaigns under the sorry excuse most gamers refer to in disgust as “DLC”. A three-letter acronym which forever changed gaming for the worse. 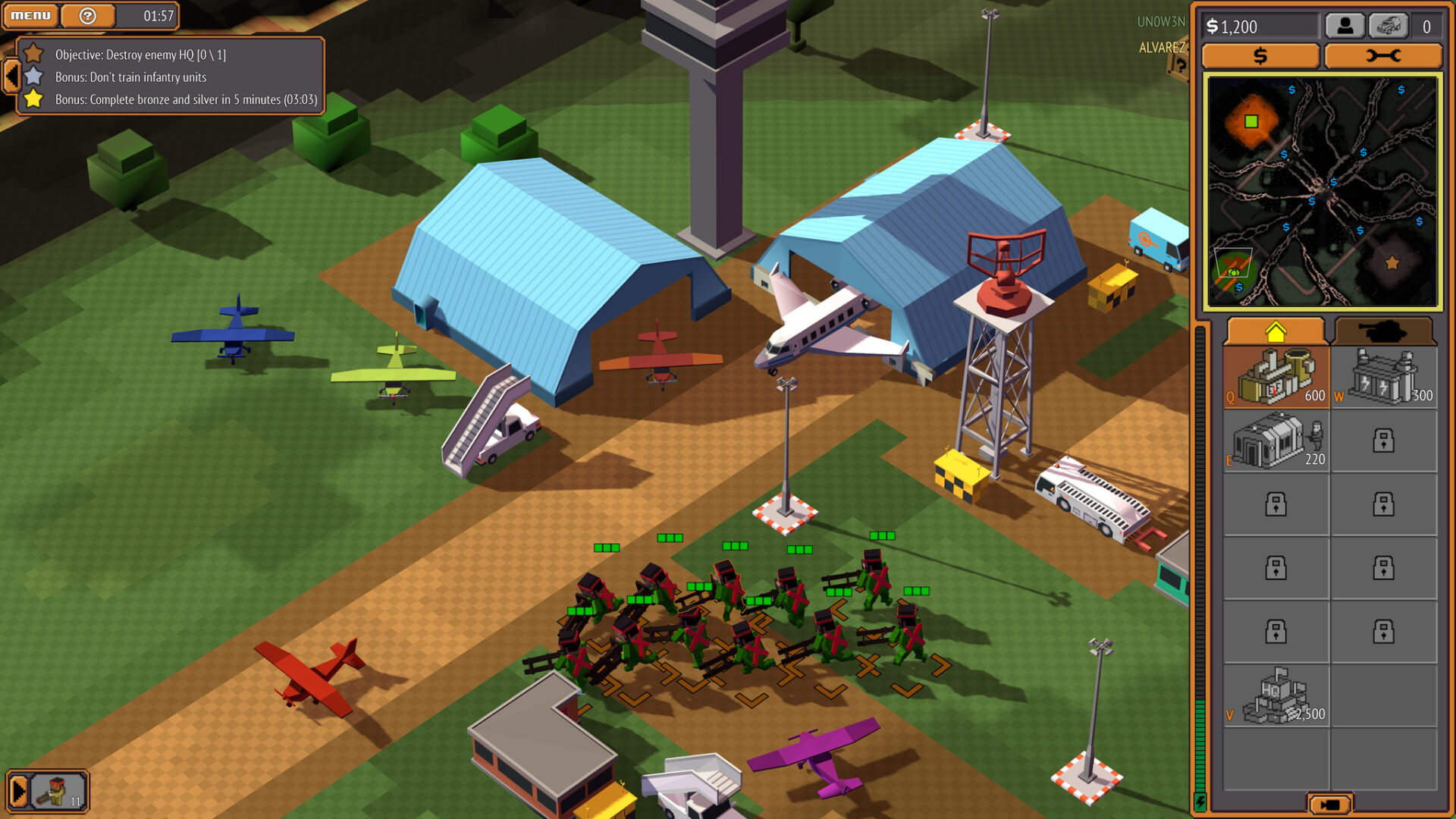 Unless you fork over 4 euros/dollars (outside of Steam Sale, of course), you won’t be able to play the Guardians campaign, with only the Renegades being unlocked from the start along with 25 singleplayer missions detailing their struggle. At least the dev team had the decency to offer the locked faction for skirmishes and unit voice pack (which are still missing from Hordes, for example) through free DLC. Was it the negative feedback they received upon the Armies’ launch date that compelled them to make those wise decisions? It’s not really relevant any longer, since the Guardians are free to try out in the game’s Skirmish mode. 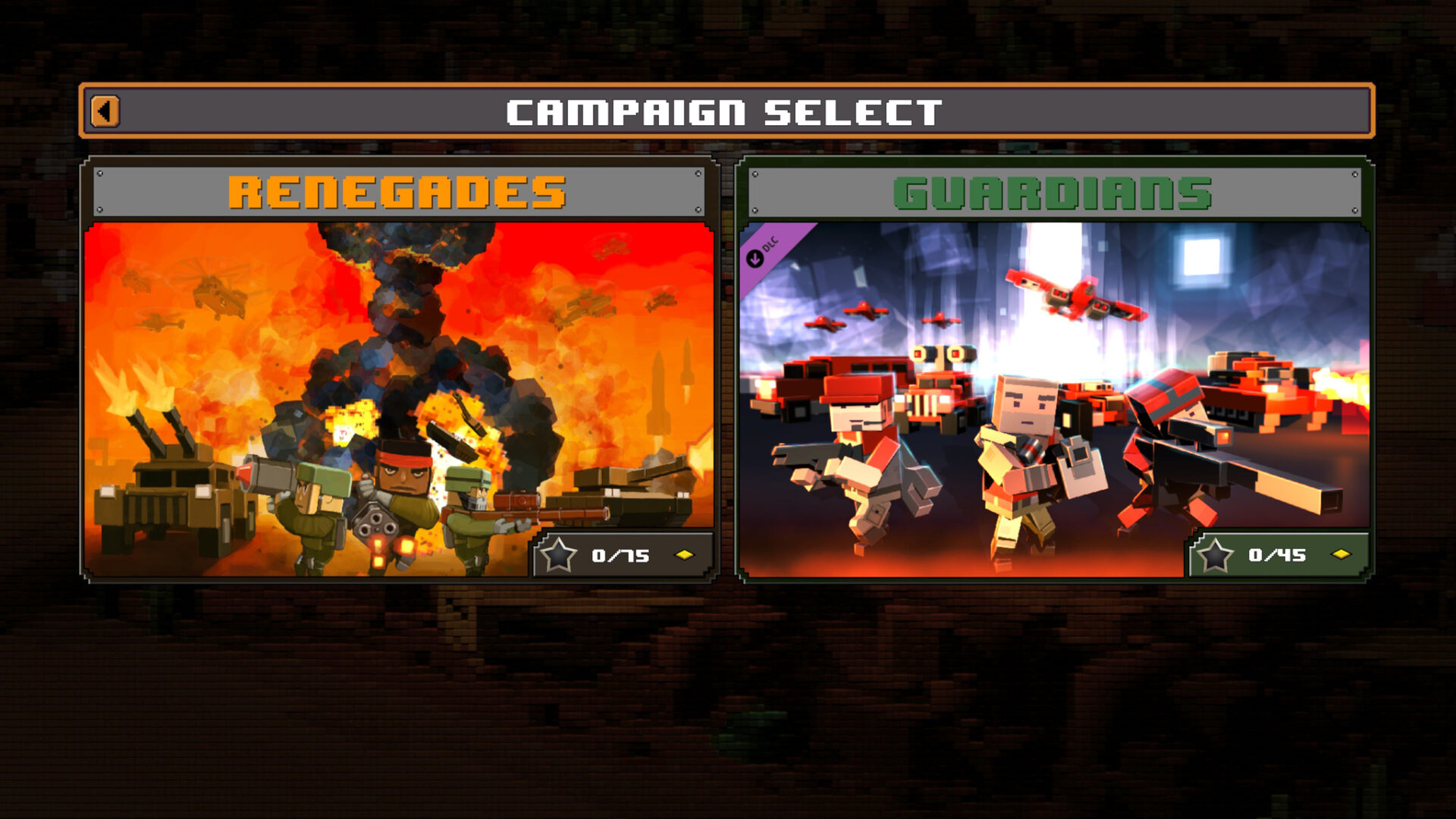 So you essentially get half a game for the price tags of 8-Bit Hordes and 8-Bit Invaders. Titles that are far superior from the perspectives of both unit diversity, originality and obvious replay value from having two full fledged SP campaigns in each, free of further charge. Why should you purchase Armies, then? Well, for a start, if you’re a collector that’s a fairly easy choice to make. But even if you’re simply an RTS fan looking for something different from the “regular” kind of 3D graphics, 8-Bit Armies might strike your fancy. The story is generic to say the least so I won’t bother you with any details. The bread and butter comes from the large pixel visual style and the highly-competitive potential, should you play in either co-op or the good ol’ skirmish against the AI. 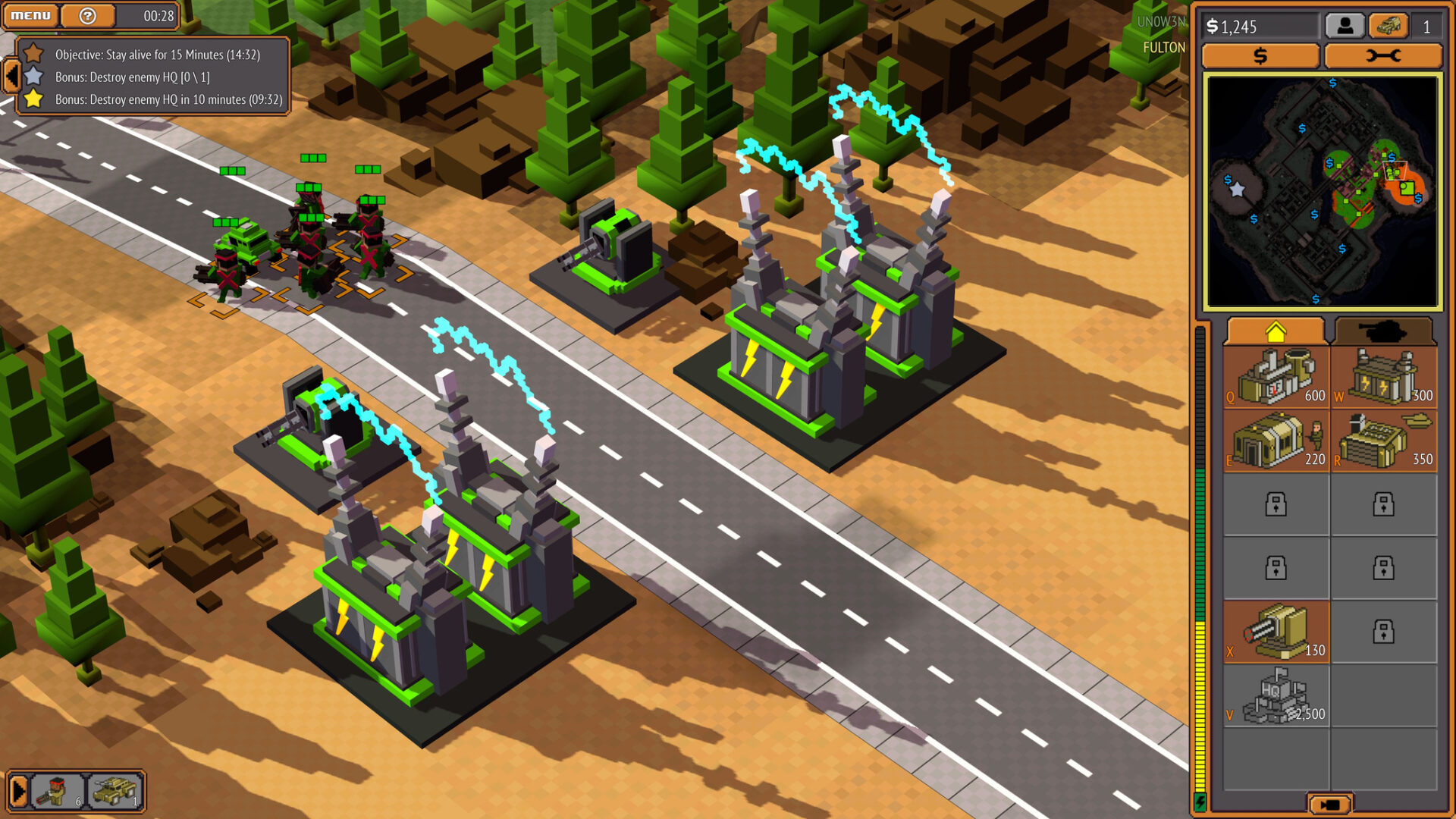 The gameplay mechanics are as old school as they come. C&C type of strategy which focuses on a reliable base of operations from which you build and maintain a veritable army consisting of land and air forces. Some units have certain weaknesses and strengths just enough to take into consideration, their type and quality far more than sheer quantity. Nothing new on the horizon but fully functional and beautifully presented in missions of gradually scaling difficulty, as far as the single player campaign is concerned. Command & Conquer literally wrote the book on this genre, but that is by no means the case to cease trying to improve it. 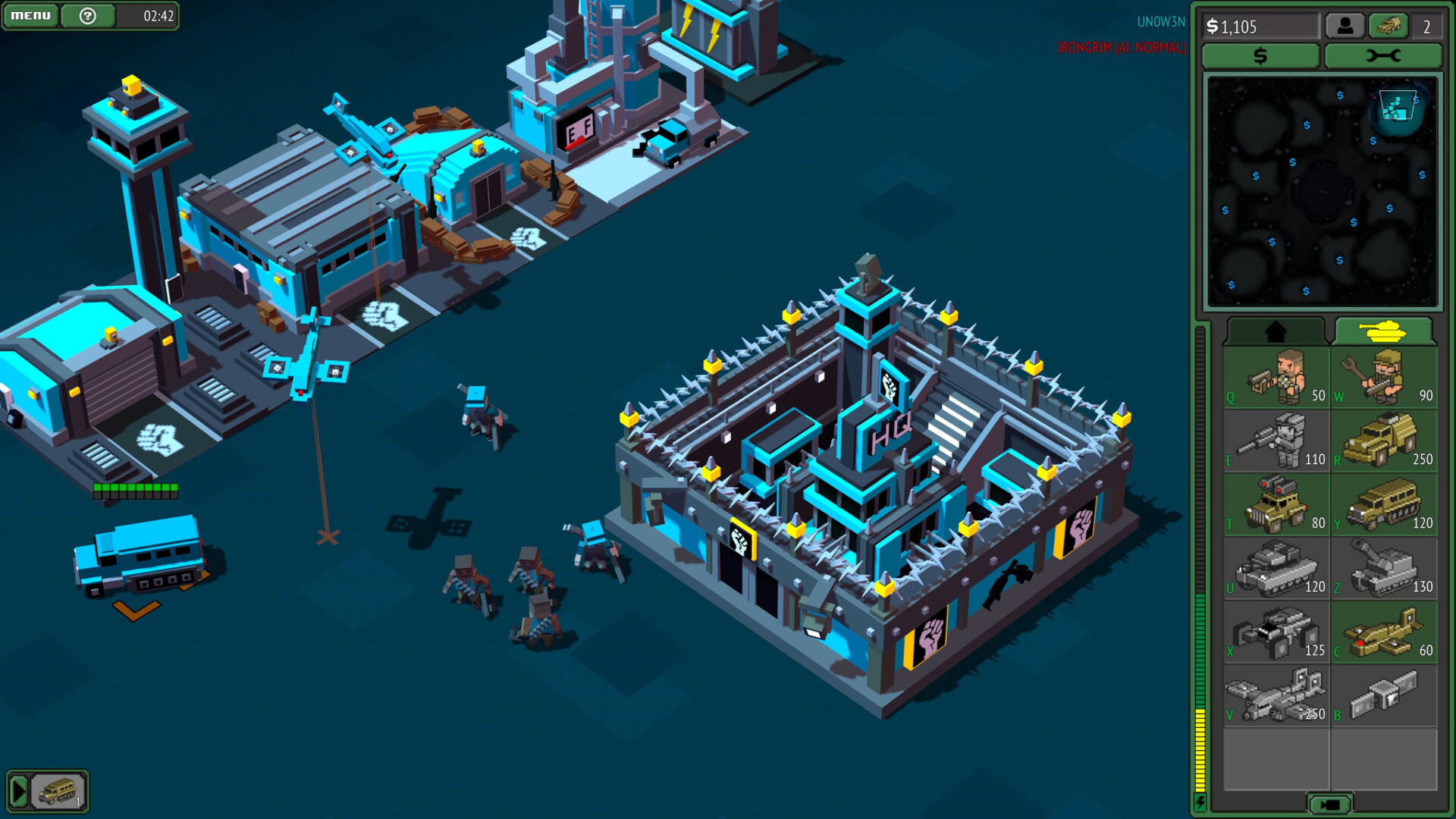 Cards and plenty of Achievements do provide the much needed bonuses that many gamers on Steam look forward to. I’m grateful that I was given the chance to review the entire 8-Bit trilogy and I can only hope that Petroglyph has learned a valuable lesson from selling DLC instead of including the content in the base game. Steam could certainly benefit from more strategy titles that bring a speck of color to an otherwise murky genre that many devs try to implement but few actually succeed in doing so. 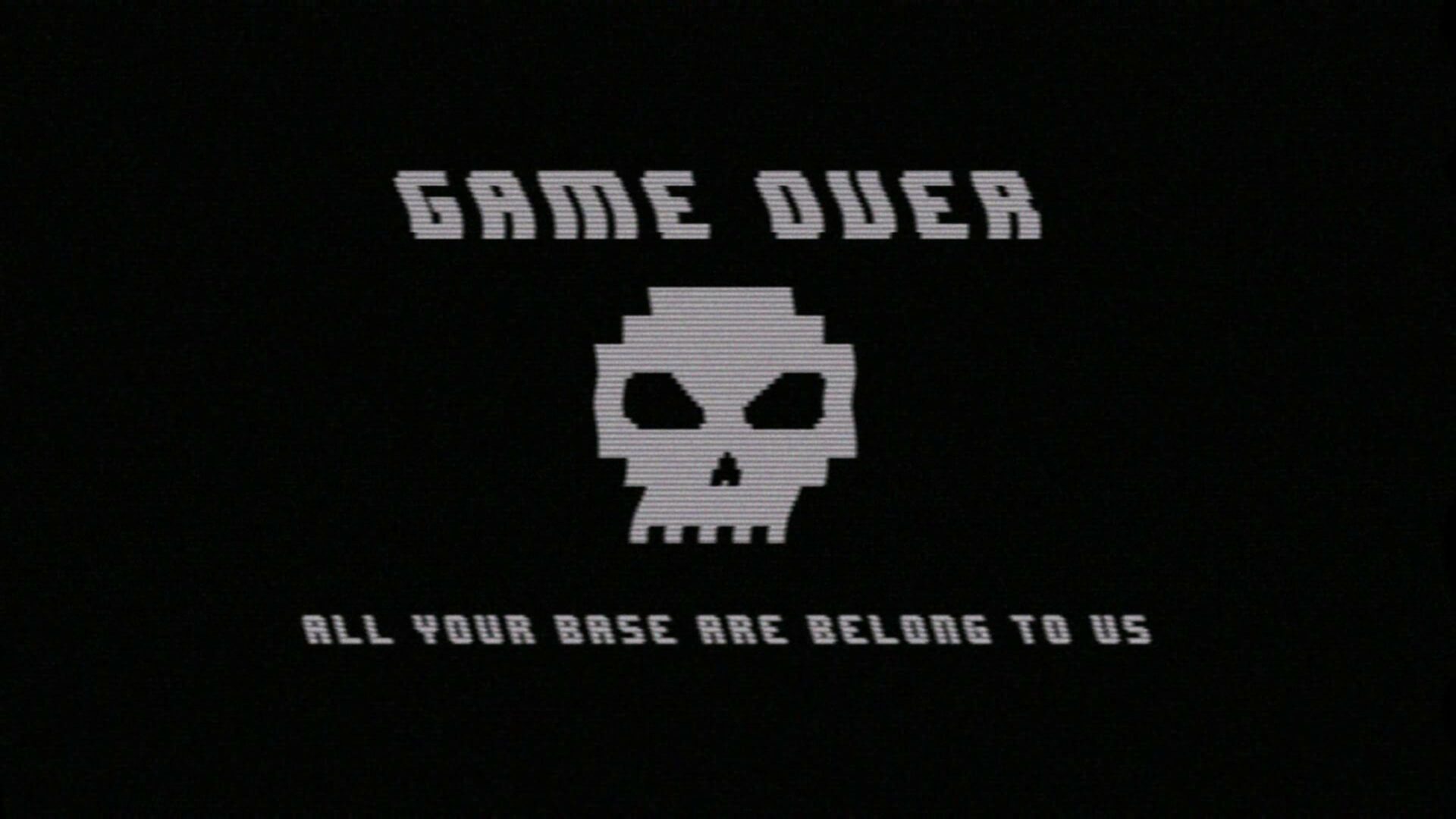 Weak Points
– Slightly overpriced considering the inclusion of just one unlocked faction and paid DLC for the other.
– No units really stand out since the game’s theme is rather ubiquitous.