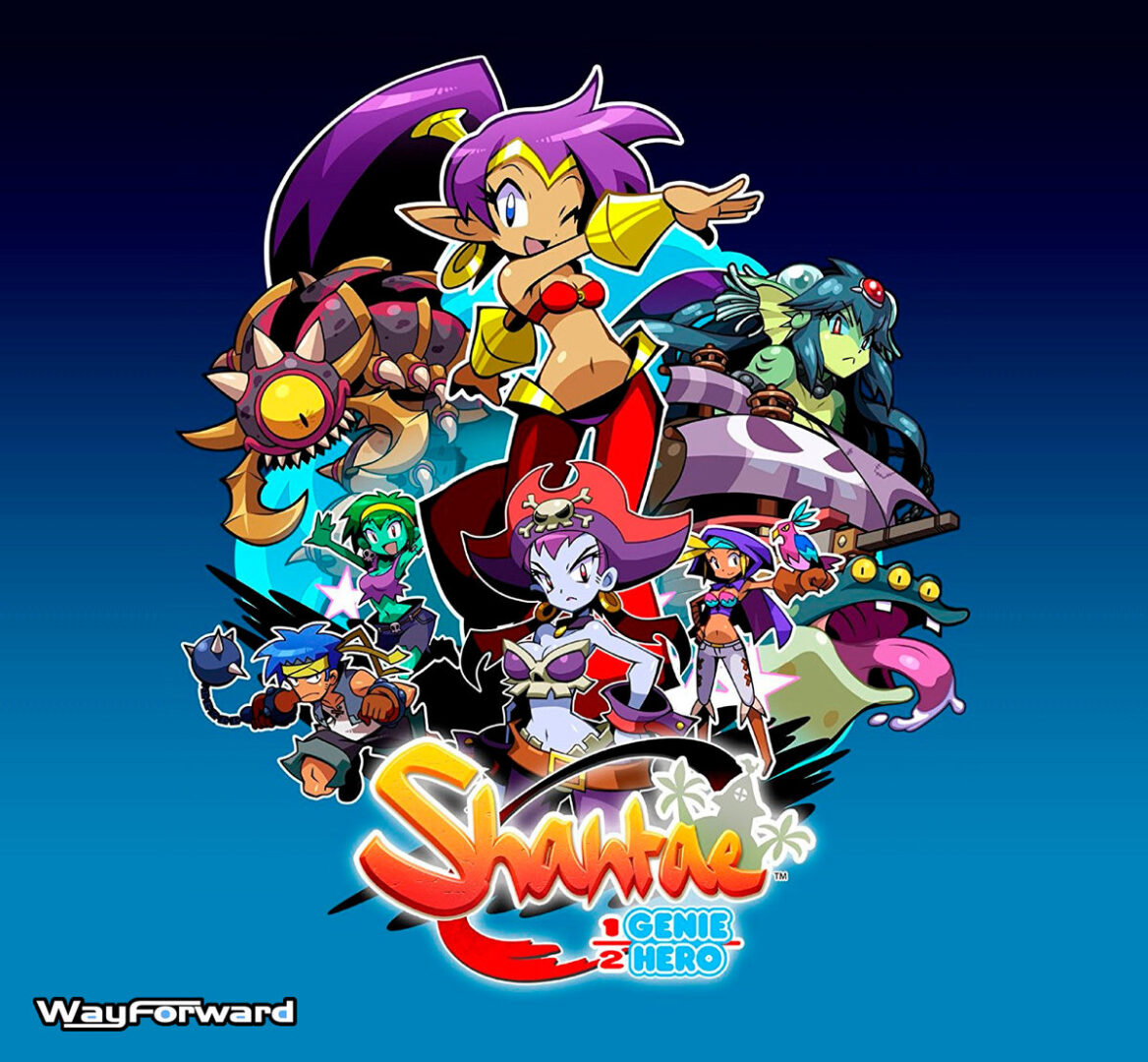 Shantae has been a half-genie half-dressed hero since 2002 on Game Boy Color, since then constantly delivering good quality platformers. After a successful Kickstarter, and building on WayForward’s experience with DuckTales: Remastered, Shantae makes the jump from pixel art to 2.5D and high definition. 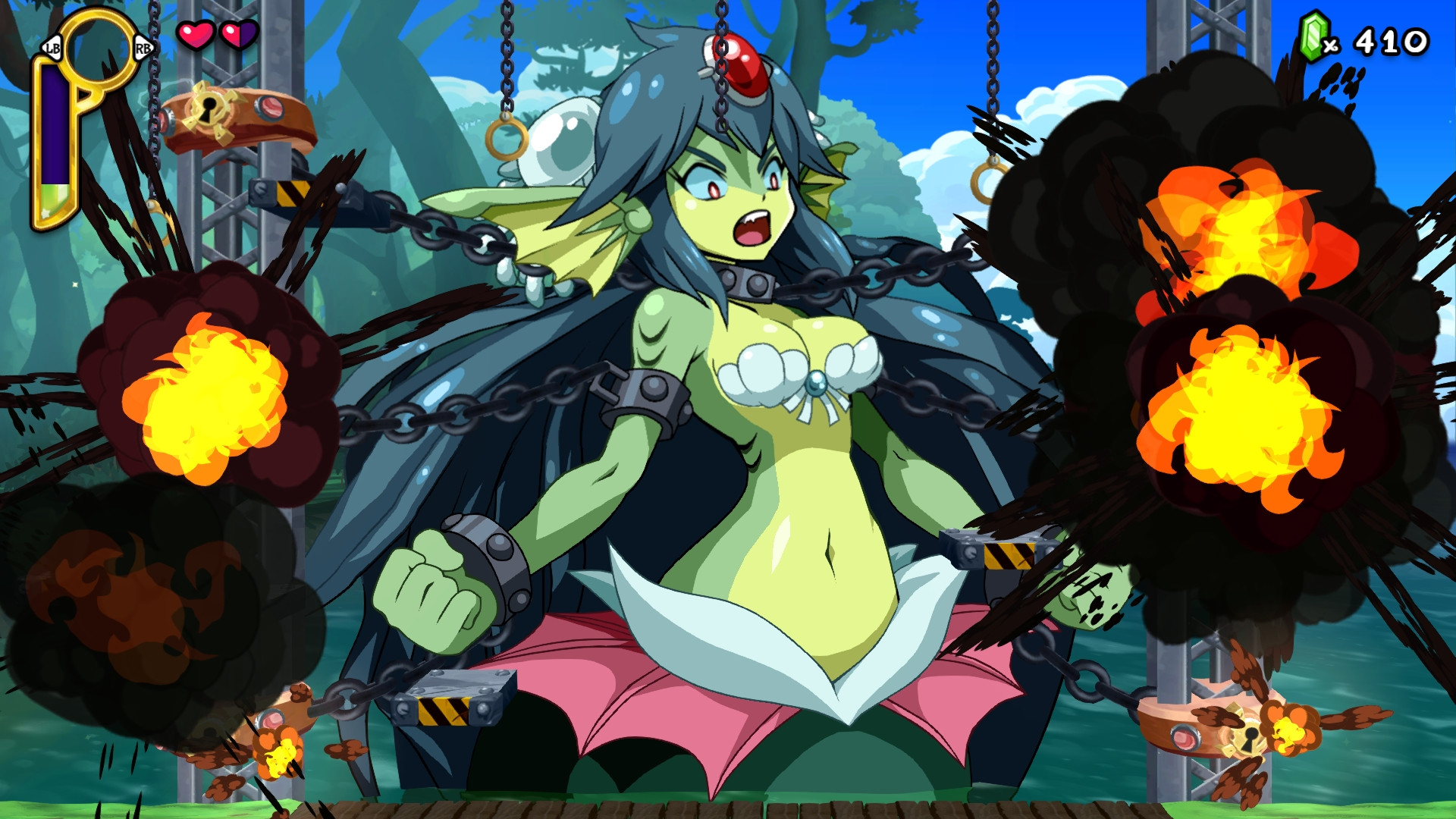 Shantae: Half-Genie Hero has a very strong start. While a great upbeat song is playing, the town is under attack by pirates, raining down cannon fire and troops upon the Arabian Nights themed streets. Forward our hero goes, slashing down enemies with her hair as if it was Belmont’s whip. Once the pirate invasion has been thwarted, another threat comes up as pretty ladies from a nearby area are being abducted while something fishy is going on with the mermaids… leading to a fantastic factory with a nice twist that provides new platforming avenues while being visually original. 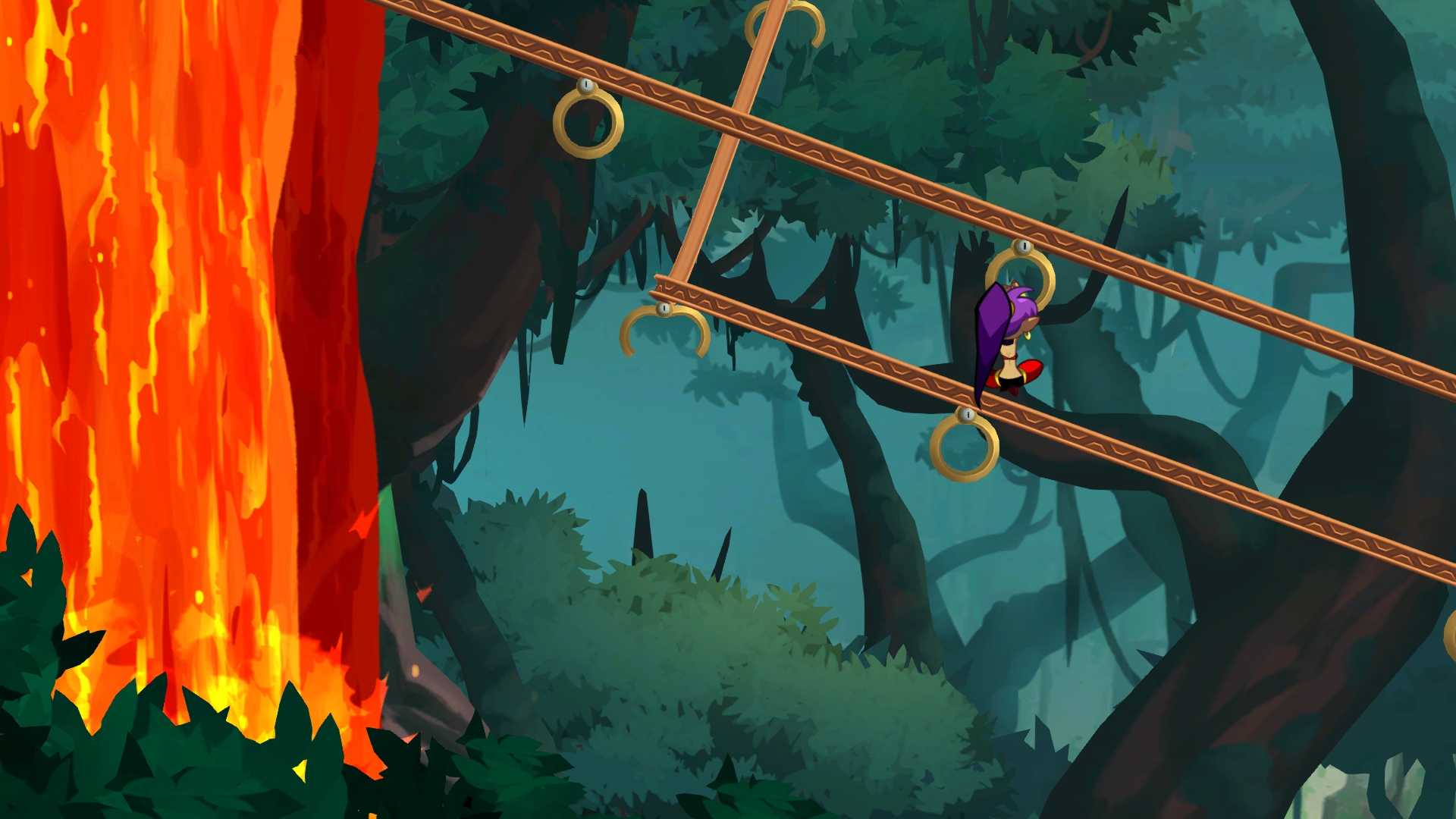 Right after that, the first caveat appears: before moving on to a new level, some backtracking to the previous area will be necessary. And the dynamic first run leaves room for an alternative version of the level with a slower pacing, more favorable for exploration. And there will be a lot of exploration and backtracking, as there are many key areas only accessible when Shantae has learned a new power. The powers are animal forms activated by belly dancing, and they allow several variations on wall climbing, swimming and flying. The level design makes really good use of them and pushes for a thorough treasure hunt, however it can become very tiring to go back to the levels over and over again just for one new elusive area to access. 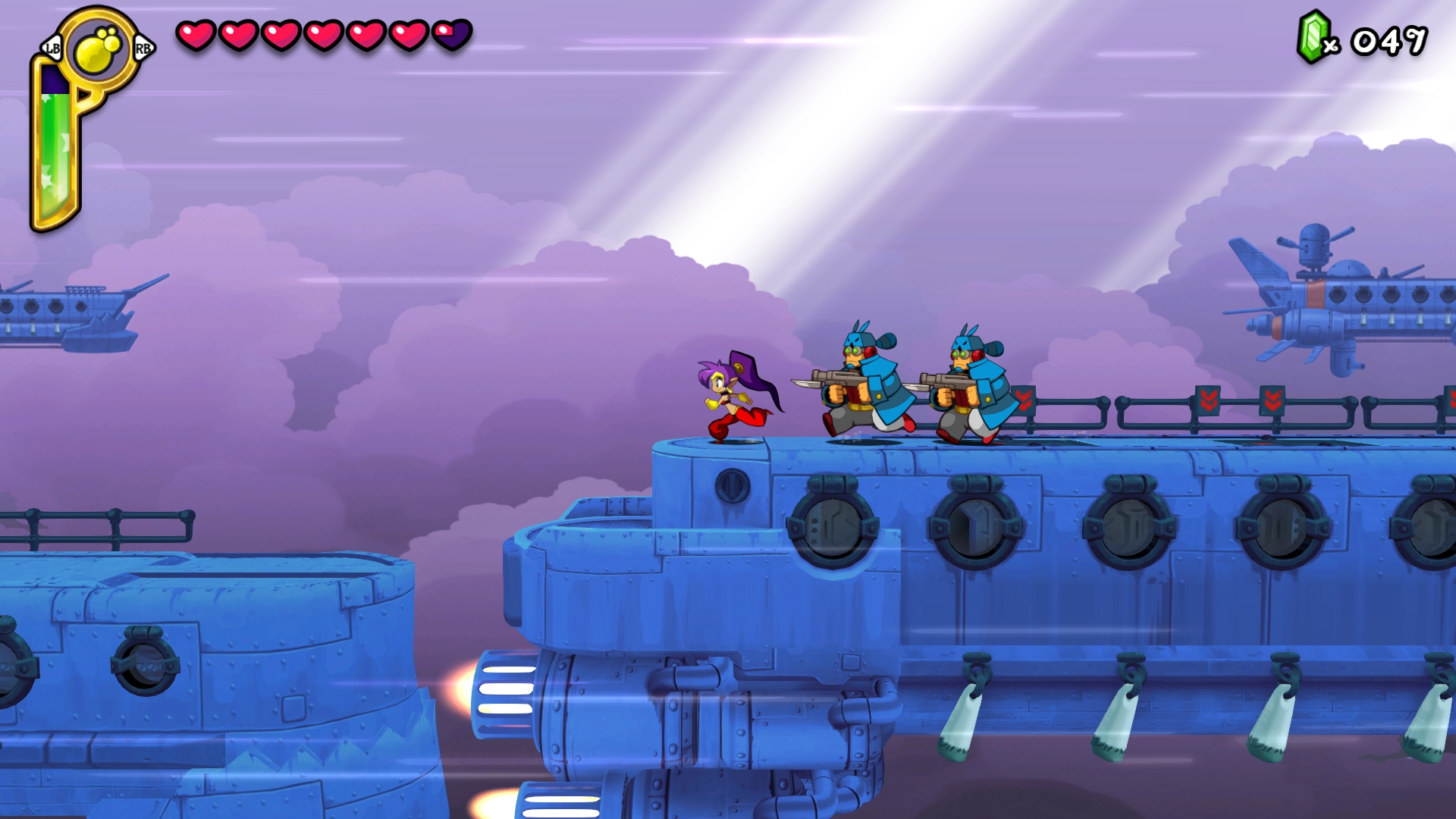 Thankfully, fast travel is possible. Overall the game is as dynamic as the framerate is smooth and well optimized, so the jump to a mix of high definition 2D in 3D levels is successful. Animations are lightning-fast, the gameplay clearly did not suffer from the change. The graphics are vividly gorgeous with a touch of sexy, and I must say that between the fast-paced action, the strong beginning of the adventure and the magical art style, Shantae’s world sucked me in effectively just like Rayman once did. The controls are good, especially on a gamepad. My only gripe is that each time I launched the game, somehow the attack button was bound back to something else. 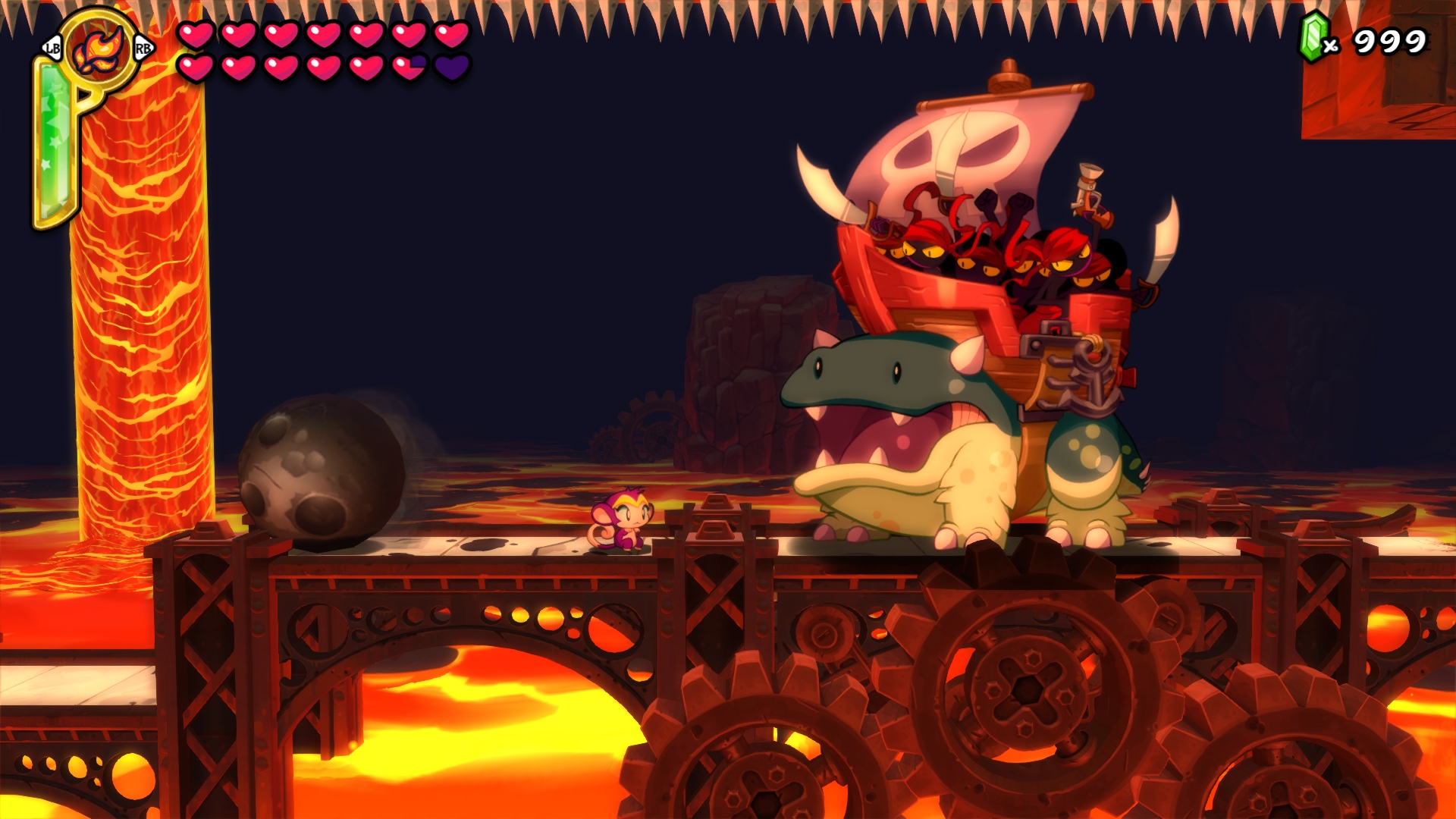 There are only 6 levels, but they are all good except for one, the castle (thankfully also the shortest). The plot is funny and goes all over the place, allowing episodic villains to appear to make each level and boss fight stand out from each other. Several variations on the auto-scroller formula add to the variety, but even without them each area has been crafted in a unique way and the game is never boring – although as I mentioned earlier too much backtracking can stretch a good level way too thin. Some characters give hints as to where to go next but I found that sometimes confusing because on many occasions the hints were still pointing to something I had completed, or talked about the next big area without mentioning that a hidden power was necessary to be obtained elsewhere first. 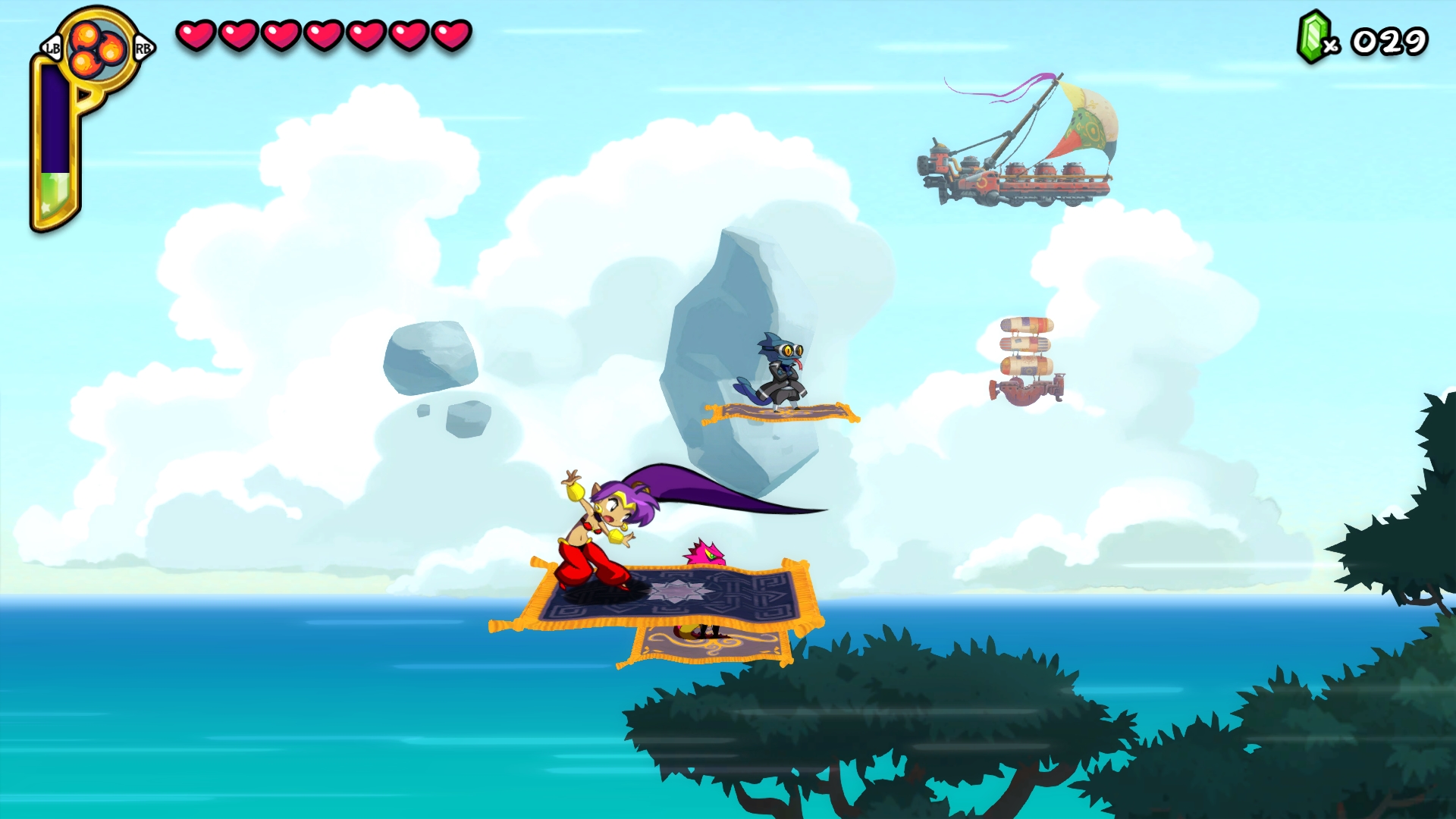 Except for a few difficult platforming sections, overall the game is quite accessible and almost never dips into “hardcore” territory. On the contrary, the fights can become a bit too easy as the health bar grows like a snake, while health items and health powers are not a limited resource. To finish the game, count between 5h and 9h depending on whether you are going for 100% completion or not. 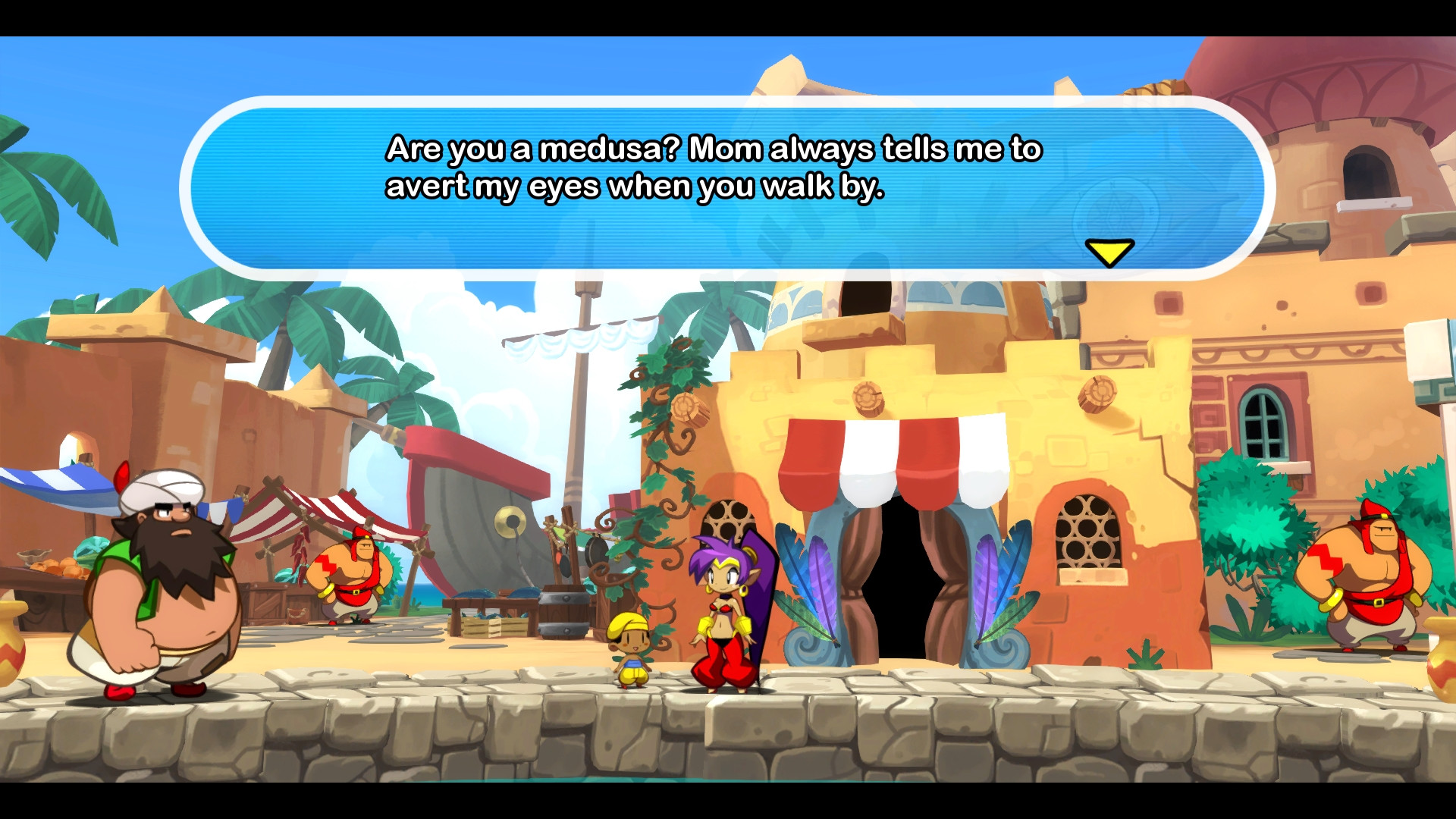 As a conclusion, Shantae: Half Genie hero is a smooth, dynamic and sexy action platformer with great music. The result is a captivating adventure but with pacing issues, as the fights become too easy and the backtracking can become a bit irritating although everything has been done to make it tolerable. Sometimes it even feels like new ways to navigate the levels create a level within a level – there is some great tight and focused level design here, although a few levels are less impressive. I recommend it to any newcomer of the series or long-time fan. And if you have kids, launch the game and they will have an amazing time as well. Except if you are afraid of cleavage, because you might want to rip out your kid’s eyes before you let them play.

Here is a video of me playing, if you want to see the game in action: