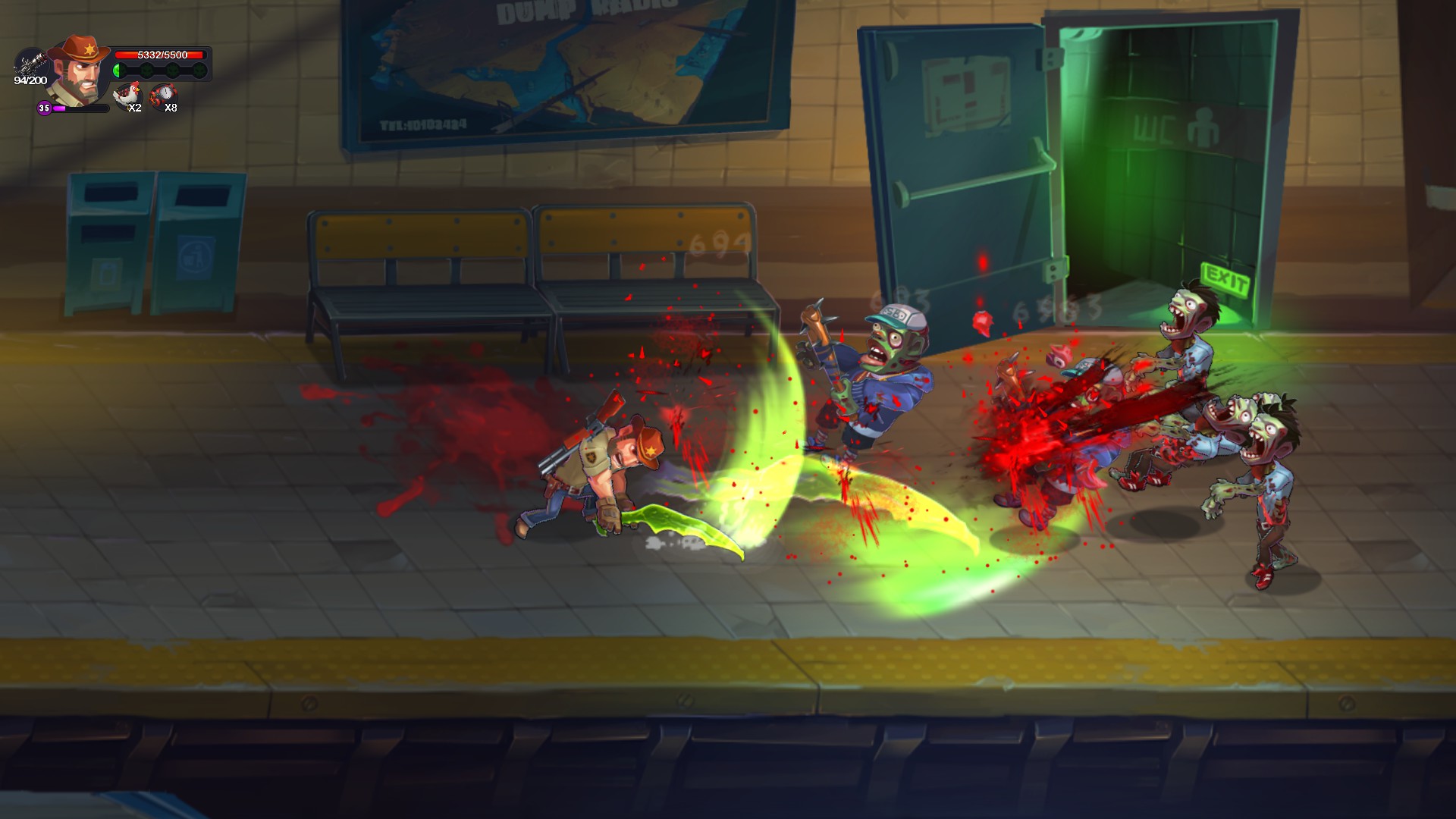 Not Dying Today is a 2D side scrolling action adventure game set in a world overrun by – you guessed it – “zombies.” Does it continue the fatigue of the zombie titles on the market or provide a nice change of pace? Let’s find out: 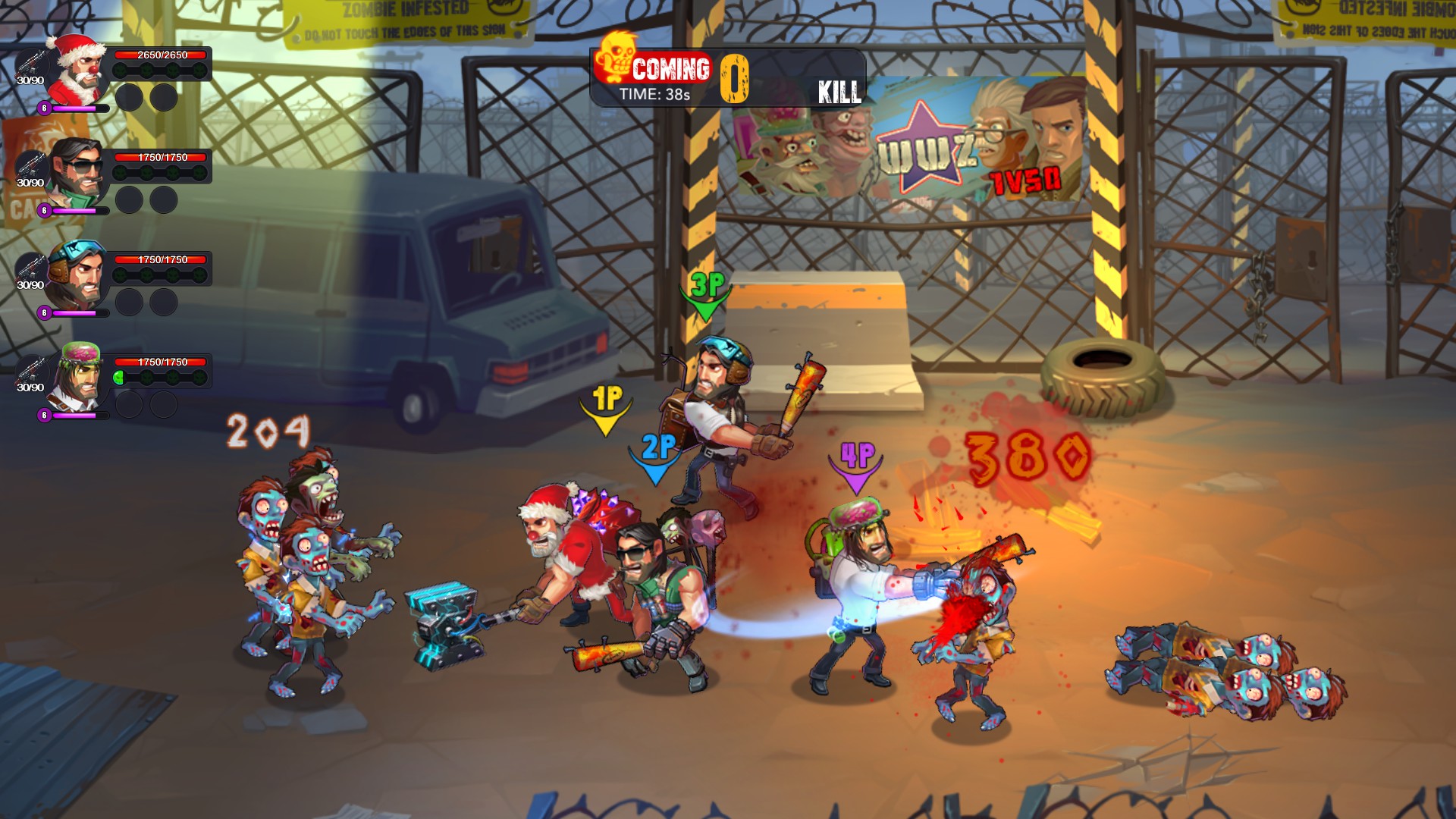 Not Dying Today puts you in the shoes of Captain Aiden, a cowboyesque guy who is trying to save the world from zombie infestation. The gameplay is very simple: you walk through an environment killing all who approach and then moving on. This loop is interrupted by boss fights at the end of each chapter who are accompanied by a swarm of normal zombies. The story is basic at best, and is told through comic strip cutscenes. What is really bad about these cutscenes is that they have nothing really going on in them. Most of the comic strips feature zombies just growling at you without any sense of progression. More of the storytelling is done at the start of the levels than these comic strips. For a game like this, it should try for either an emotionally gripping story or just go all out funny. The game does seem to try for the latter but falls flat on its face. There is no humour in the stories or the characters. Captain Aiden himself is as boring as one gets, telling you where he is at the start of each level and threatening a boss at the end. The story is barely there and can be considered non-existent. Now, how does the main hacking and shooting hold up? 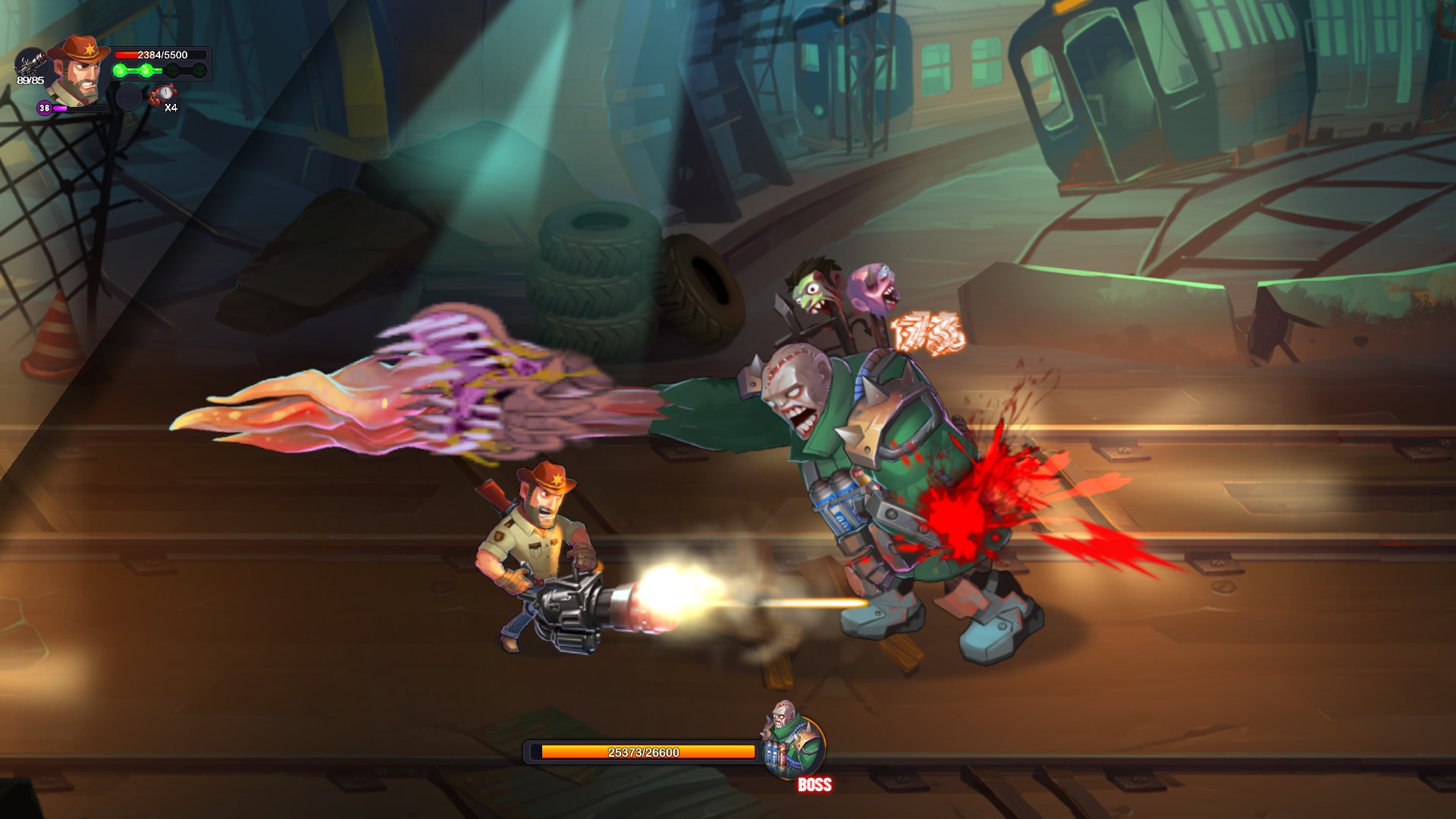 You start every level with a ranged weapon, a melee weapon and a few grenades. You gain money by killing zombies which in turn results in weapon upgrades and more grenades. You don’t need to buy a weapon to test it out. After every level, a new weapon is already unlocked and you can then decide if you want to upgrade it or not. The weapon selection, though basic, is diverse and most of the time they feel different from each other, especially the ranged weapons. A normal pistol can take out single zombies from a distance while a shotgun will slaughter a group of zombies trying to swarm you. The enemy varieties range from a basic zombie, dog zombie, nurse zombie who throws injections at you which blind your sight for a few moments to a zombie who tackles you to the ground faster than the Flash. They are mixed well enough that it is fun to cut through them. 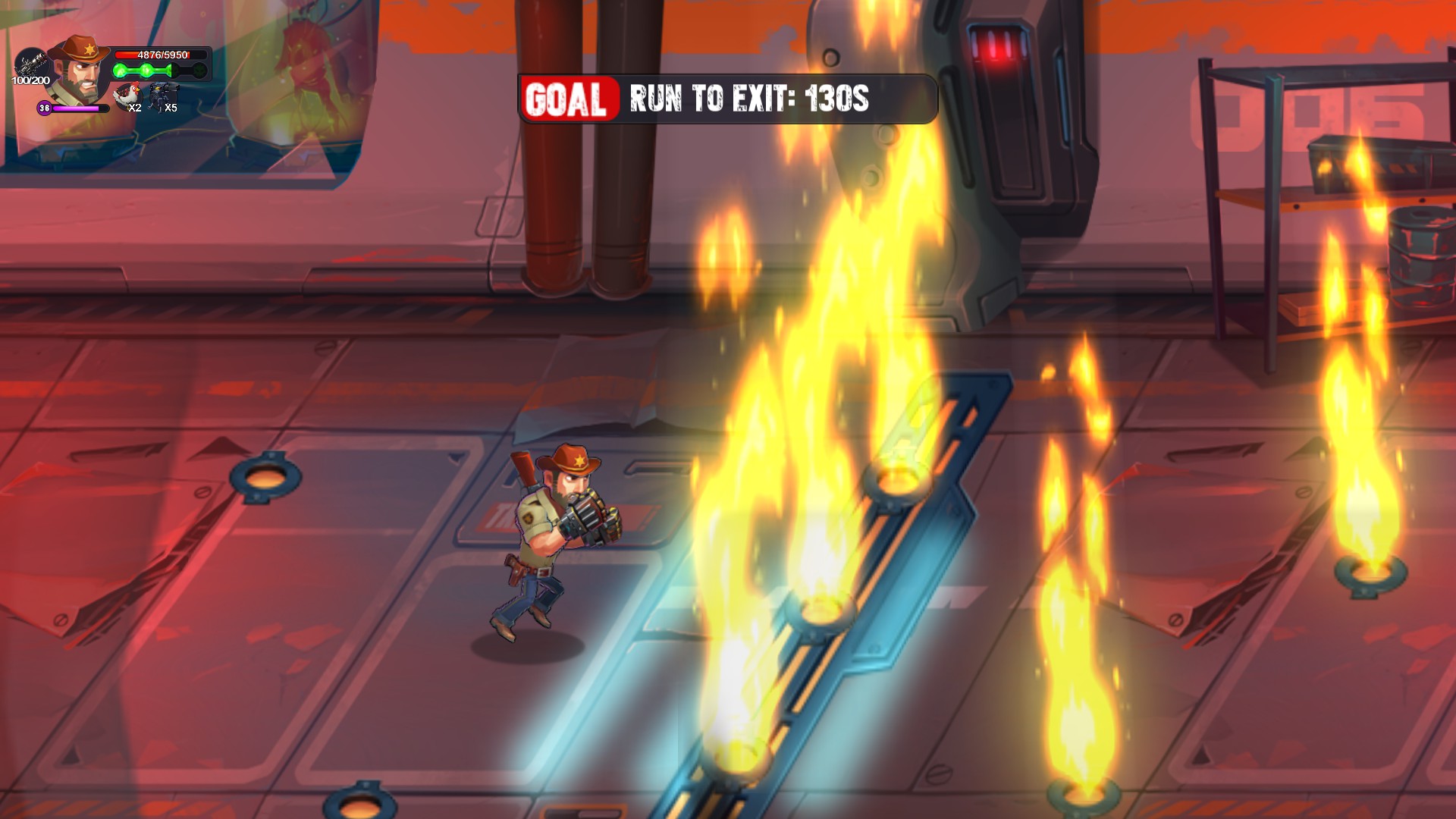 The game tries to surprise you by waking up a few zombies. The game is also pretty easy in these parts on normal difficulty. The Bosses, on the other hand, are tough to beat and need much more than a bullet in the head. They need a couple of health packs to beat and a burger or two lying around to replenish your health in the middle of the fight. As you are killing these zombies you gain experience which then lets you upgrade your skills, health and other stuff in the regular RPG fashion. Aside from the story mode there are two other modes: Arena and Endless. Endless mode is what you can make out from the name and Arena mode pits two Bosses against you at once. These modes can be fun for a couple of hours if you enjoyed the main game and want to see how you fare against your friends on the leaderboards, but all of this feels kind of stale as we have all been there and done that. Not Dying Today does nothing noteworthy in the gameplay department. 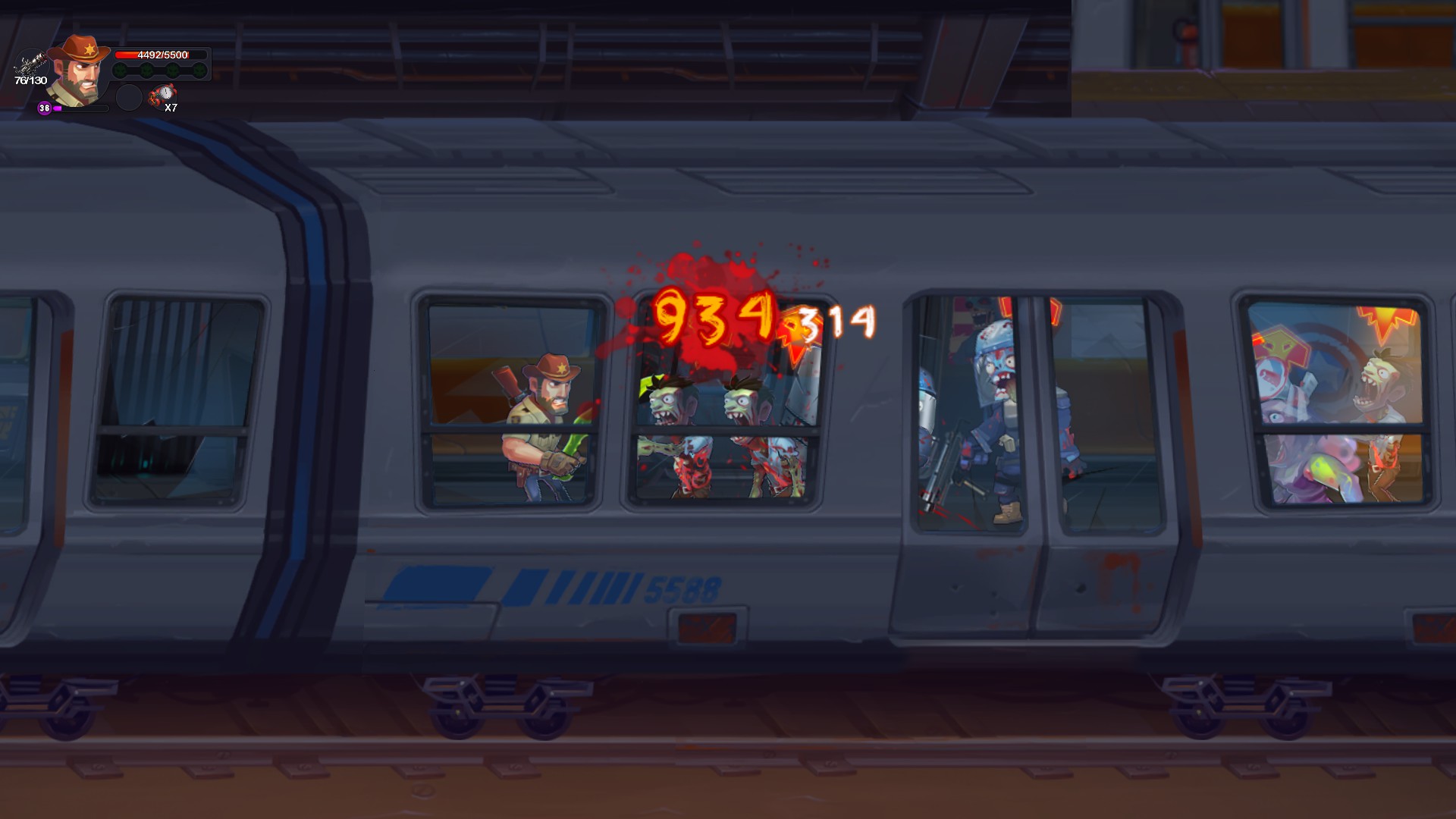 Not Dying Today has “clean” visuals. That is not a word I should use for a game that is focused on slashing and shooting zombies. There is a surprising lack of blood and gore and it feels like a watered-down version of something else it wanted to be. Your axe has the same blood strip on its edge at the end of a level as it was at the start. The corpses of zombies disappear surprisingly fast and there is no satisfying amount of blood on the screen even after you kill a horde of zombies within a couple of seconds. The environments you pass by are really bland and offer no incentive to explore even though there is little to no scope for that. The enemy designs are as basic as they get for every zombie except the dog which has a different shade of green. The boss designs stand out somewhat from this mess and thus look better. Some backgrounds where these boss fights happen are also nice and provide a nice touch to the boss designs.

Not Dying Today has a basic set of soundtracks but it mixes them up well enough. The music when selecting weapons and skins for your character is silent and calm just like the silence before the storm. The in game music is also nice but the other general sounds are just meh. The fact that there is little or no voice acting present in the game doesn’t help. 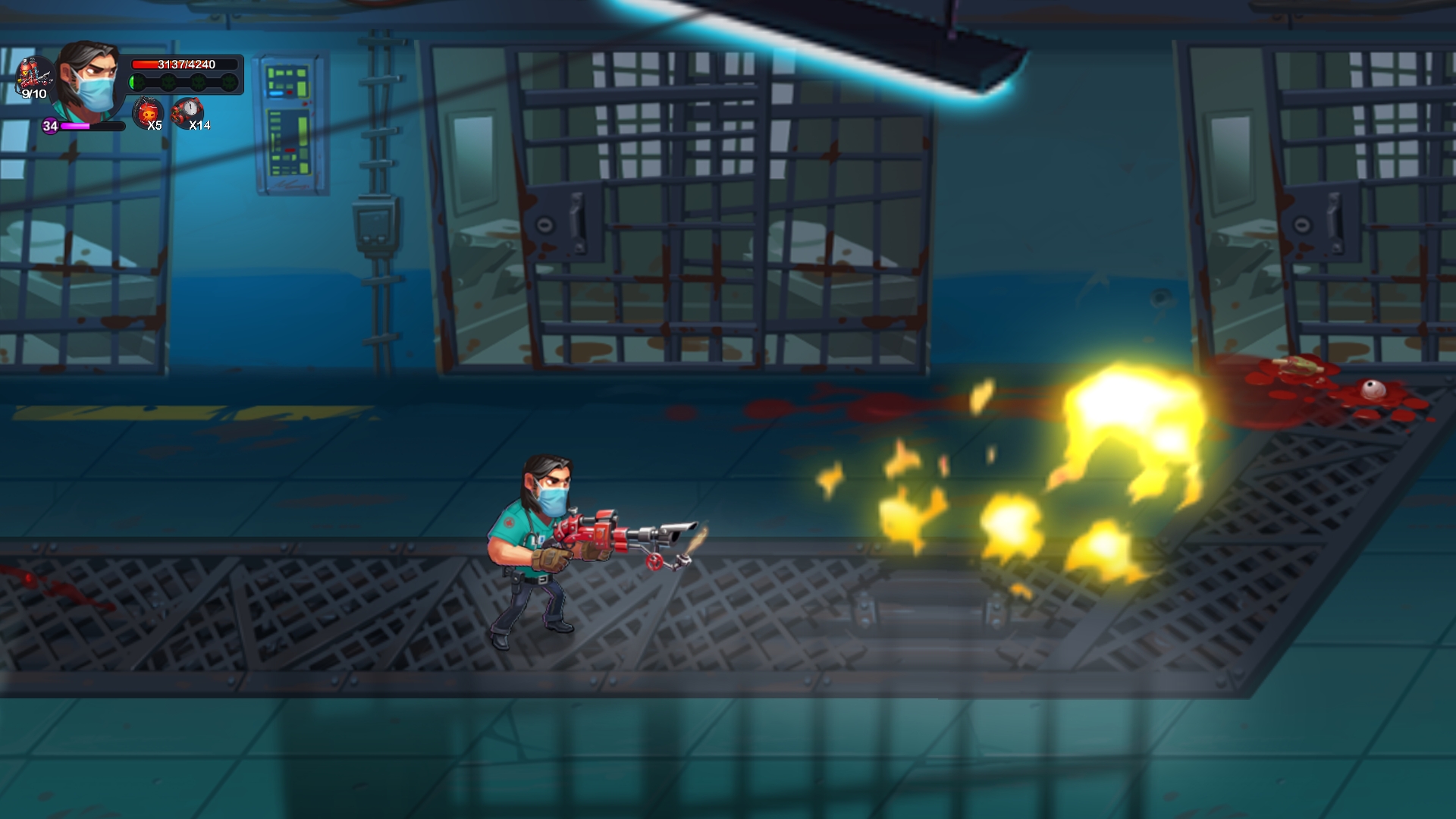 Not Dying Today is as basic as it gets. If you are looking for a mindless zombie killing 2D adventure then look no further than this. It is easy to pick up and play for some time. It gets repetitive fast and provides little incentive to play again aside from a higher difficulty. But if you were already dying from the zombie fatigue in video games then you should steer clear of Not Dying Today.