Project Abyss is developed and published by Tall Story Studios. They’ve had previous experience with Guardians of Victoria which, despite being critically panned, still offered a decent steampunk setting. I’m glad to say that they’ve learned from their past mistakes and continued to release their next Steam project, Project Abyss. It’s very important for indie devs to understand that second chances apply even to them. Far too many developers, at the start of their careers, seem to stumble and stop after only one commercial failure. 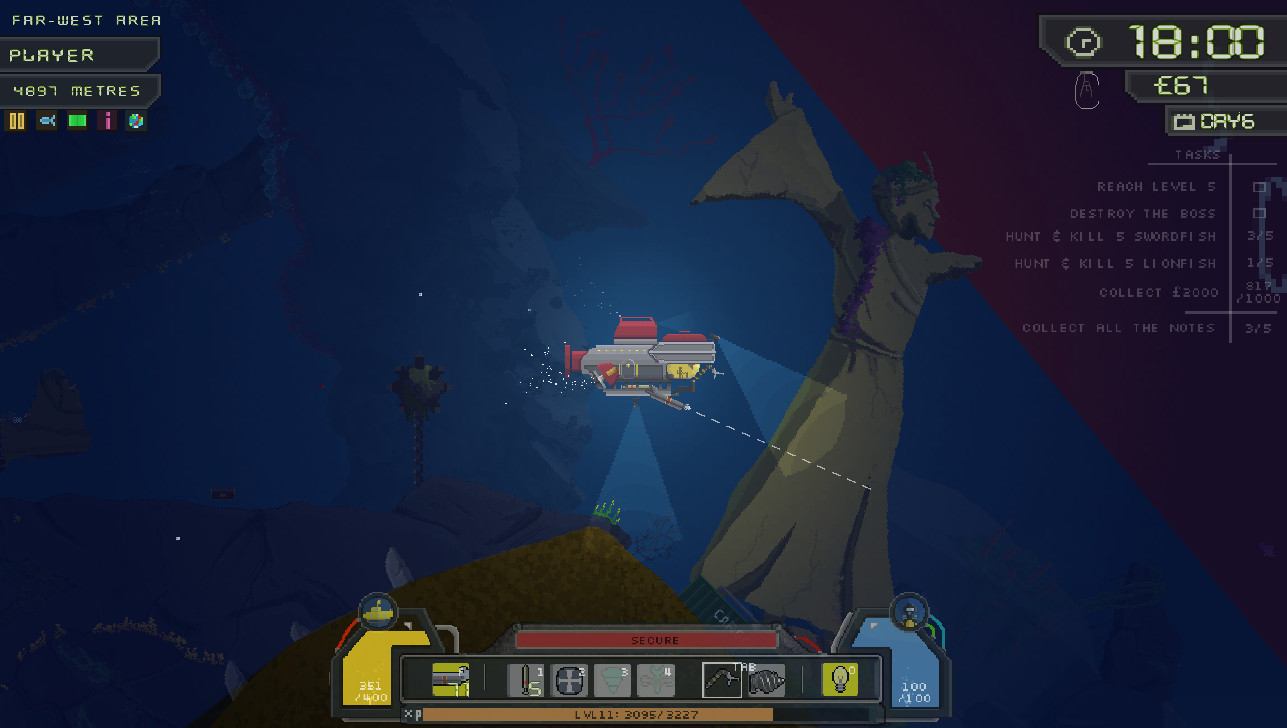 I really wish there were more submarine simulators on Steam. And not just combat-oriented like the Silent Hunter series, but relatively tranquil sims that focus more on exploration of the ocean floor and shipwrecks. Project Abyss is indeed such a game, even if fully 2D. The submarine game subgenre has a decently numerous following and I count myself as a fan too. Still, I admit that I might have been a bit wary at first once I booted the game and noticed the complex control scheme and hefty tutorial. Project Abyss does take some time getting used to, but it is by no means a time waster. Exploring the ocean depths has its own rewards, beside the loot crates that ultimately fund your expedition. Speaking of mean of combustion, you have a fuel cell and monitor equipment which seemed a bit out of place considering that most exploration subs use an electrical motor (in fact all types of submarines use electrical engines when underwater). Perhaps it was just a weird interpretation of the word “fuel”. It’s a finite resource though and instead of a clock, your main enemy will be the fuel depletion which sadly can prematurely end your diving sessions if you’re not too careful and even conservative at times. I do appreciate the attempts at a realistic simulation of finite onboard assets such as harpoons, torpedoes and other equipment. It gives both a sense of urgency as well as resource management since you’ll have to prioritize one set objective or another. The mission structure is relatively open-ended, another aspect I found more than welcoming since linearity has been approached one too many times in video games. 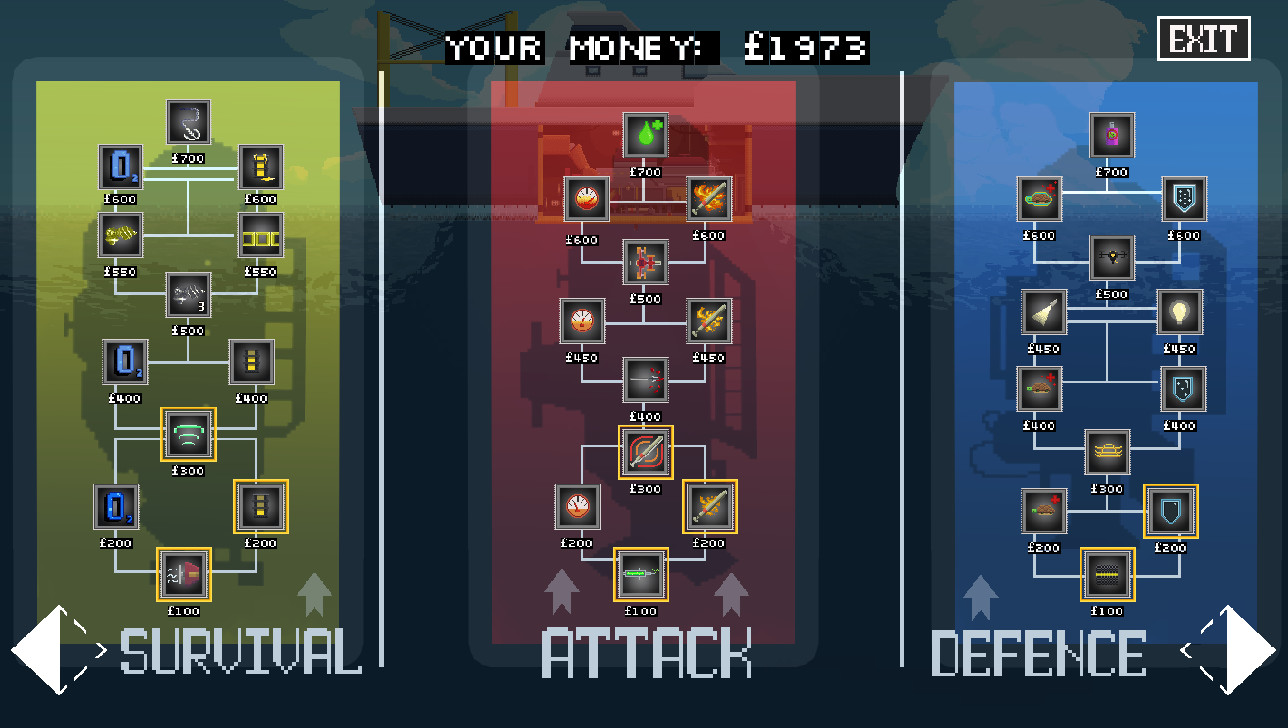 The exploration element is complex, since between you and your path towards loot crates are all sorts of obstacles from hostile/peaceful sea life (Abyss has nice trivia segments detailing most of them) and even rock/soil/metal that has to be blown away or drilled by case. Your submarine comes fully equipped with all the necessary gear and from time to time you may have to depart the sub and explore or loot by yourself, in diving equipment. As a diver, you’re more exposed to dangers and shall have to rely on even more prudence and patience since the oxygen level depletes faster than the fuel from the submarine. Luckily you have a trusty drone that can pick up various containers and chests. The gameplay is quite diverse, as you can see, and if peaceful resolution seemed boring to you there are some fairly challenging combat sections that can damage your hull quite fast. Even the repair task is left to you, as departing the sub and manually repairing it is far less time consuming than returning to the host ship. After each successful mission you are given the option to upgrade various gameplay aspects which will invariably make the game easier. I cannot stress enough how important it is to learn the controls and play it safe. I found myself restarting an expedition far too many times since I risked going further ahead just for “one more crate” or “let’s see where this cave leads to”. Keep an eye on your stats and you should be safe. 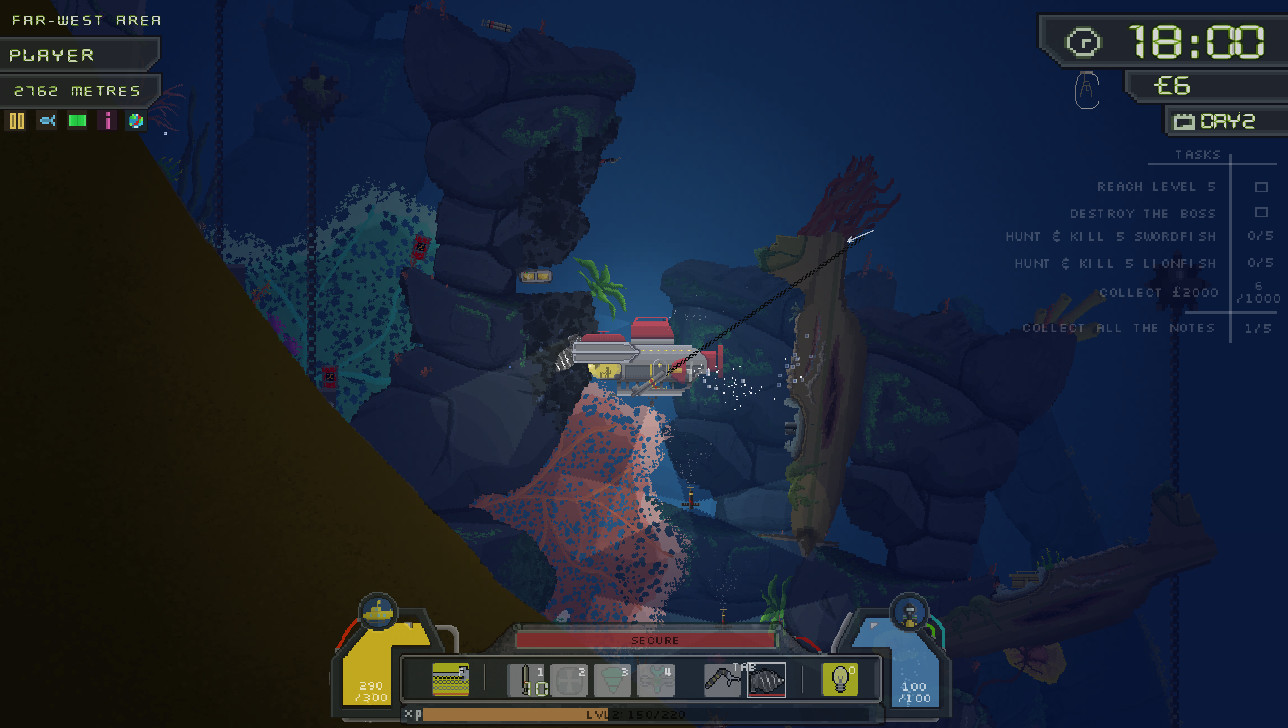 Can’t complain of the graphical details since color and sprite variety are right at home. As far as 2D graphics go, you can’t really ask for more. Sound variety though? Yes, Project Abyss is in dire need of more diversity in the audio department. At least the tutorial is partially voiced. Most of the cons I listed below are related not to gameplay mechanics but to basic game design aspects which I found lacking. You can’t rebind any of the controls and the biggest flaw, in my opinion, has to be the lack of Steam Overlay support. Just taking a look at how many screenshots I took in the past few months, it shouldn’t come as a surprise to anyone when I say that I like visually documenting my game progress through constant screenshots. Sadly, Project Abyss is among the few Steam games which don’t let me “fuel my madness”. Such a pity, since I really like this title. 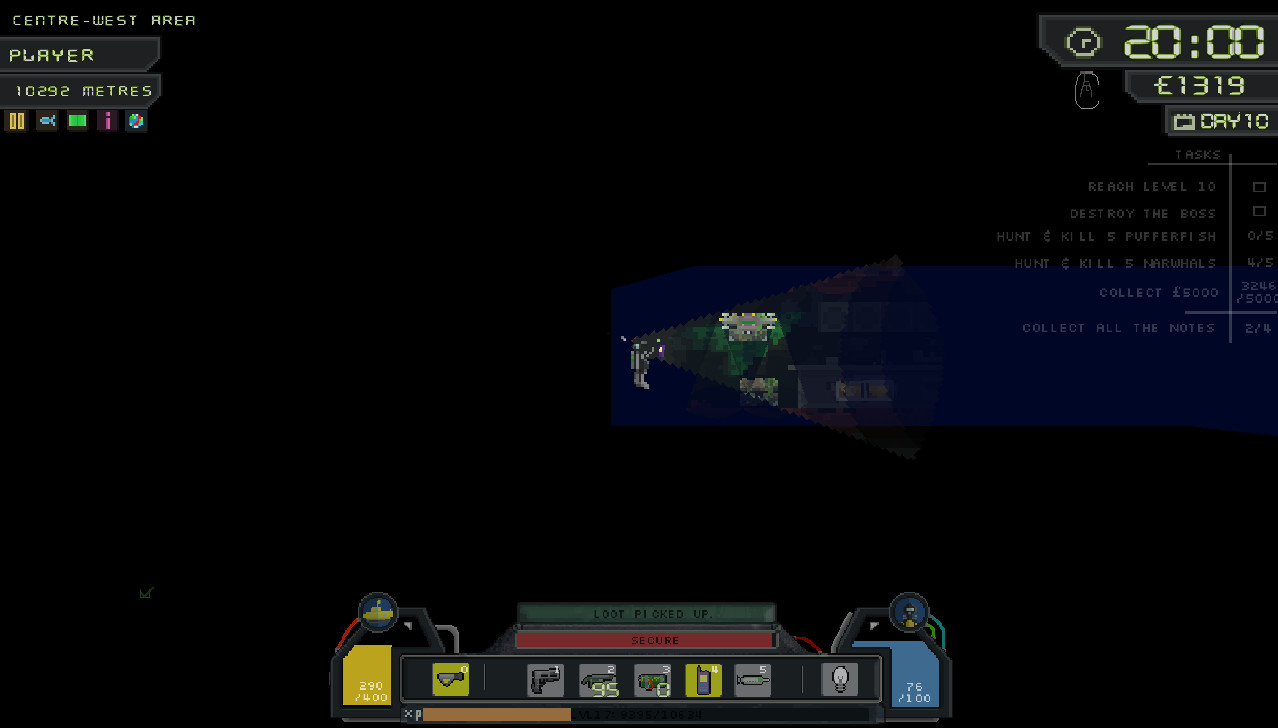 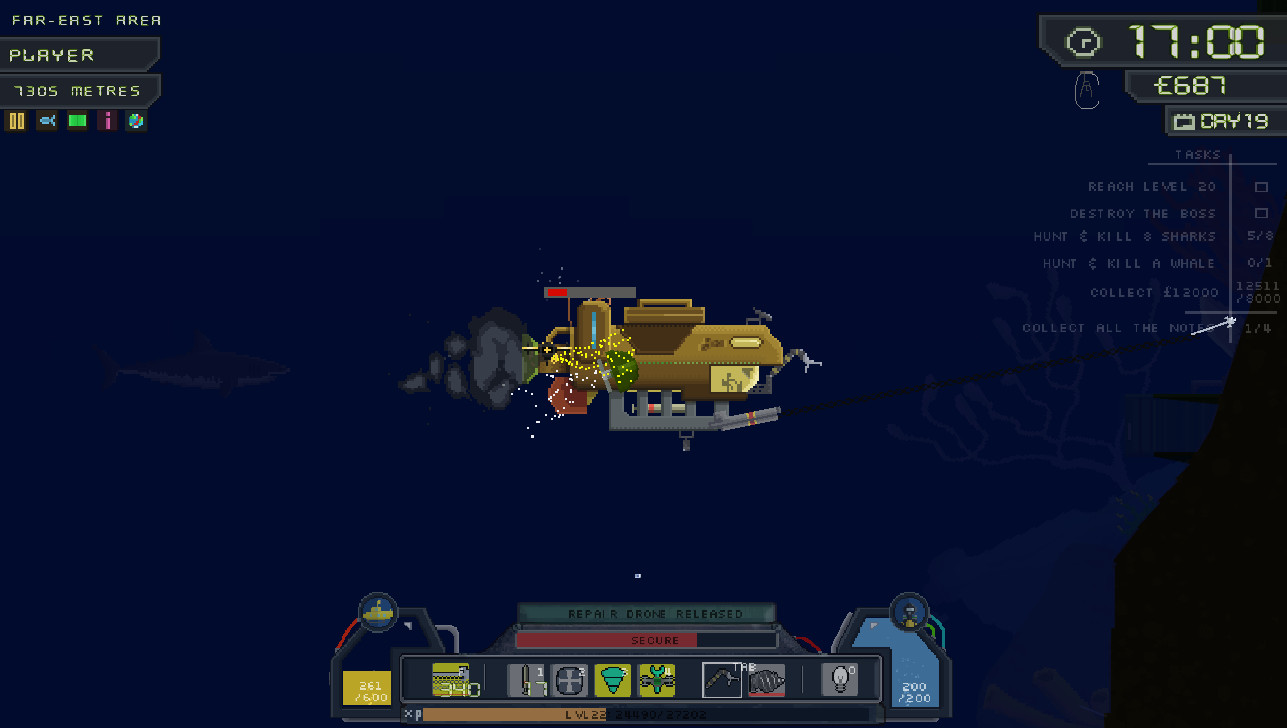 Project Abyss is fully worth its asking price and offers both types of Steam auxiliaries, as I like to call them. Achievements and Trading Cards, of course. Add to that the intriguing exploration and combat mechanics and you have a perfect example of an indie game that fills a subgenre void, left by the relatively few submarine titles in recent years.