Indie Game Sim is a game about making and publishing your own games. Does it make for a great time or fall onto one of its own placed spikes? Let’s find out:

Genre: Make your own game

Have you ever played a good game where you are supposed to create your own level, like Super Mario Maker? Have you ever played a very bad game of the same type? If you answered “no” to the second question, Indie Game Sim might fulfil your desires. Upon opening and making an account on the Indie Game Sim, you are greeted with the message that making and publishing games is all the more easy now due to the Vault, the game’s clone of the Steam platform. To build your first game you are given the easiest of tools: platforms, moving spikes, two characters, starting point for the character, a golden chest and a small black canvas. You set a price and you publish it on the Vault. When you publish your game on the Vault you are shown how much the game earned, what reviews it got, how many fans it earned or lost and what its rank was on the sales leader boards. You can choose to read the reviews, though they repeat themselves a lot. Not to mention that most of the reviews are just completely off the charts. For example, why would anyone want to fap to an indie game which features an orc? It is nigh impossible to actually get good reviews for your first game, no matter how much you apply your creativity to it. Anyway, after that you start to publish more games and earn profit which in turn gets you newer items to put in your game and such. 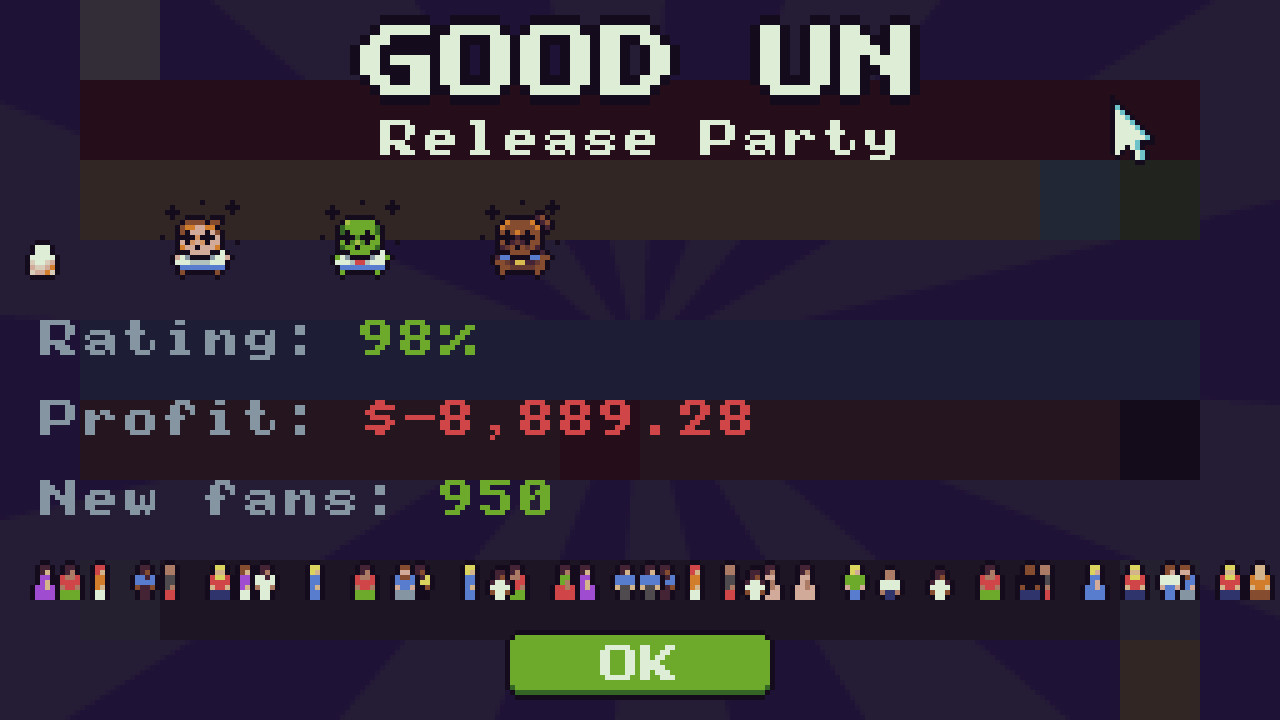 This game is a huge grind and not in a good way. Indie Game Sim requires you to buy certain assets and then pay again when you place them. For example, when you buy spikes in the store they cost around 3000 bucks. Fair enough, I hear you say, but when you place them inside the game they cost 100 bucks for each piece you put in. Every tile you put in the game which is not the normal standard piece costs you per piece, and the price just increases as the quality goes up. There is not much incentive for increasing the cost of production of your game either, especially in the smaller stages. If you make a game that has a huge amount of thought and stuff in it, it might garner 45-50% of reviews while a completely empty space with two obstacles will gain 30-35% reviews. For every game that has a review score below 50% you lose some fans and vice versa. Once again, losing and gaining fans did not have any visible consequences. The profit made by a small sized game remains around 1000 bucks and increases with the size of the game. The size of the canvas especially is too small to make any sort of meaning out of it. There is no real reward for putting creativity and thought into any of said games. 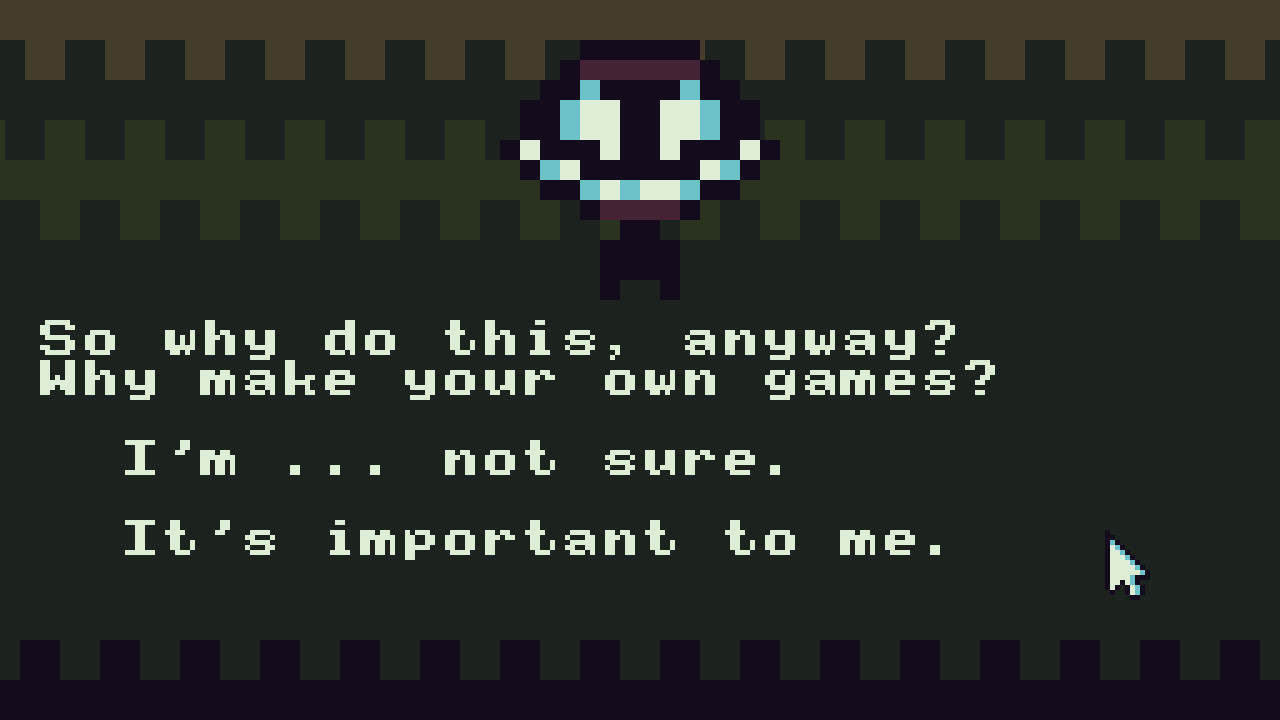 You can also play the other games to release on the Vault by purchasing them with in-game money. That might have increased the replayablity of the game but most of the games released within the Vault are unfinished. It feels especially unfair when you are stuck at a piece of wall in one of these games as you are required to test your games before you can release them. That is a shame as the platforming itself in the game is pretty solid, the controls are smooth and it takes you back on a nostalgia trip. None of the in-game developers seem to test their game though and even then they manage to gain a review score far higher than your own. You can buy things like market checker which will show how much the game can earn and fare on the review score but that again costs 100 bucks each time you use it, and when I say each time I mean even if you just place or remove one block. The game checker itself is not good either, as it tells you to mostly increase the number of objects. The number it gives is around 50-60 and that is literally impossible to place in such a small space. Then there are useless items to purchase like cameras which spy on your home and stuff. For me, that is just adding more meaningless content to a game which is already way too grindy and non rewarding. After I had published 20 games I legit felt like I was just robbing money off the gamers who were relentlessly buying my games. The UI is also very clunky and you need to hop back and forth through it to publish the games which just makes it more frustrating. Overall, Indie Game Sim was a struggle to play through and there were no meaningful achievements to it. 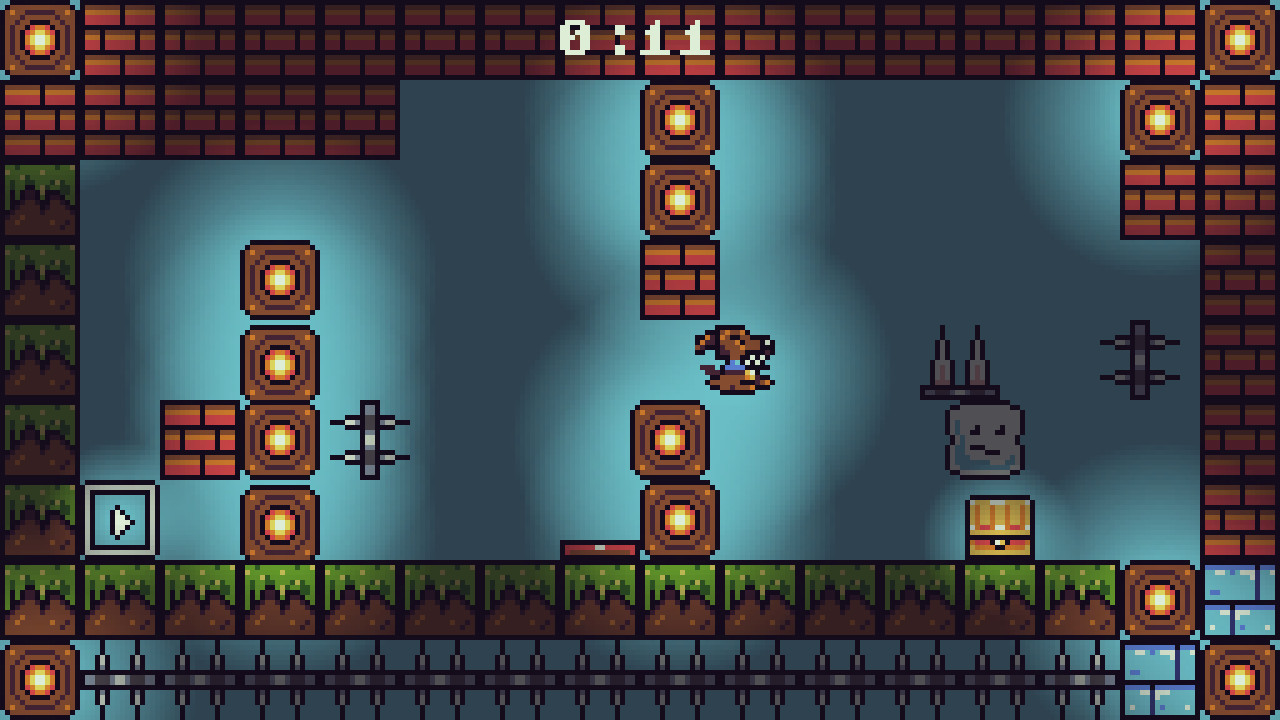 The visuals of Indie Game Sim range from average to bad. At its core it is an indie game but the game just seems muddy. The characters’ models are bland and there is no sense of feel good in its aesthetics. Things like the camera’s vision only serve to clarify that it is not a good looking game at all.

I liked the soundtrack of Indie Game Sim. It was the only saving grace of a game which is marred by a myriad of issues. The soundtrack was peaceful and calm which helped to trudge through the game, though when you look at it simply, it is just average. 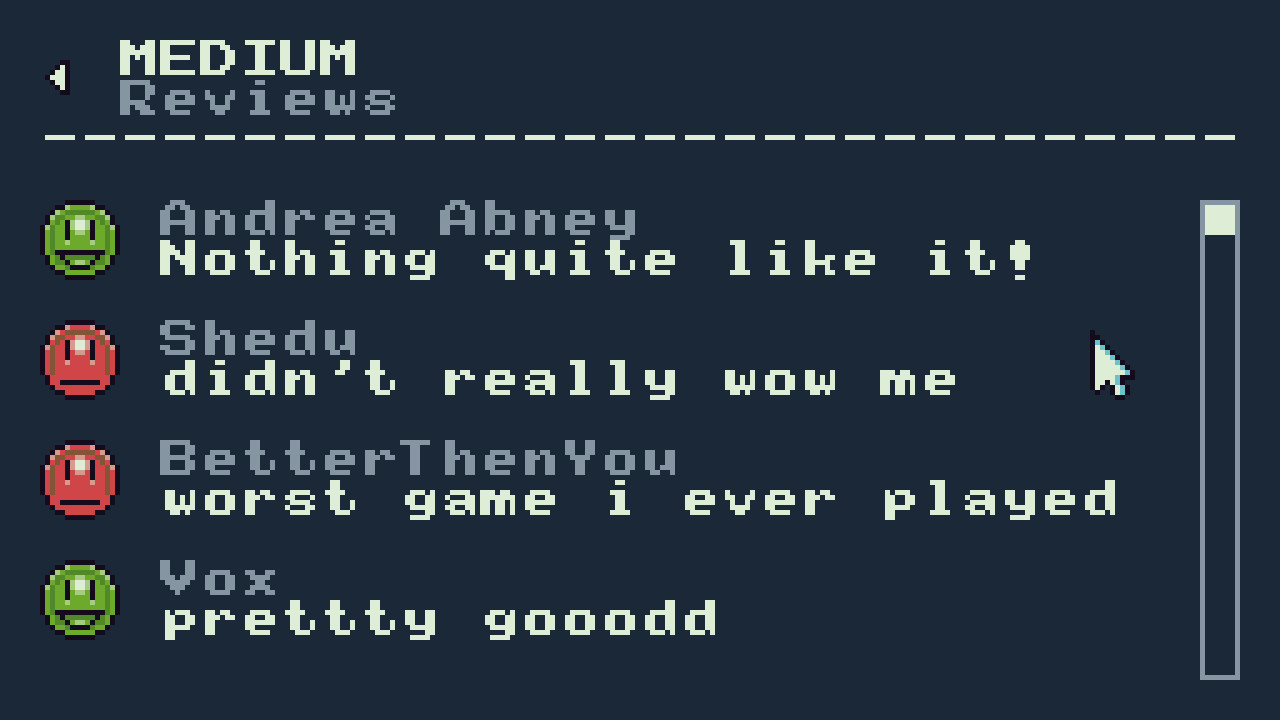 For its price, Indie Game Sim is a game that I won’t recommend to anyone in its current state. It is in desperate need of meaningful content and polish. There are a lot of better games out there in the same genre and price range. It is much better to get them instead for the time being.