Charlie’s Adventure is a relatively short two-dimensional platformer from indie developers, Just1337 Studios. In Charlie’s Adventure you play the titular Charlie. A young boy who, upon finding a strange box in his sand pit and opening it, unwittingly causes zombies to invade the world. Never fear, though, the same box seems to have given Charlie various strange powers with which he can combat the undead horde. 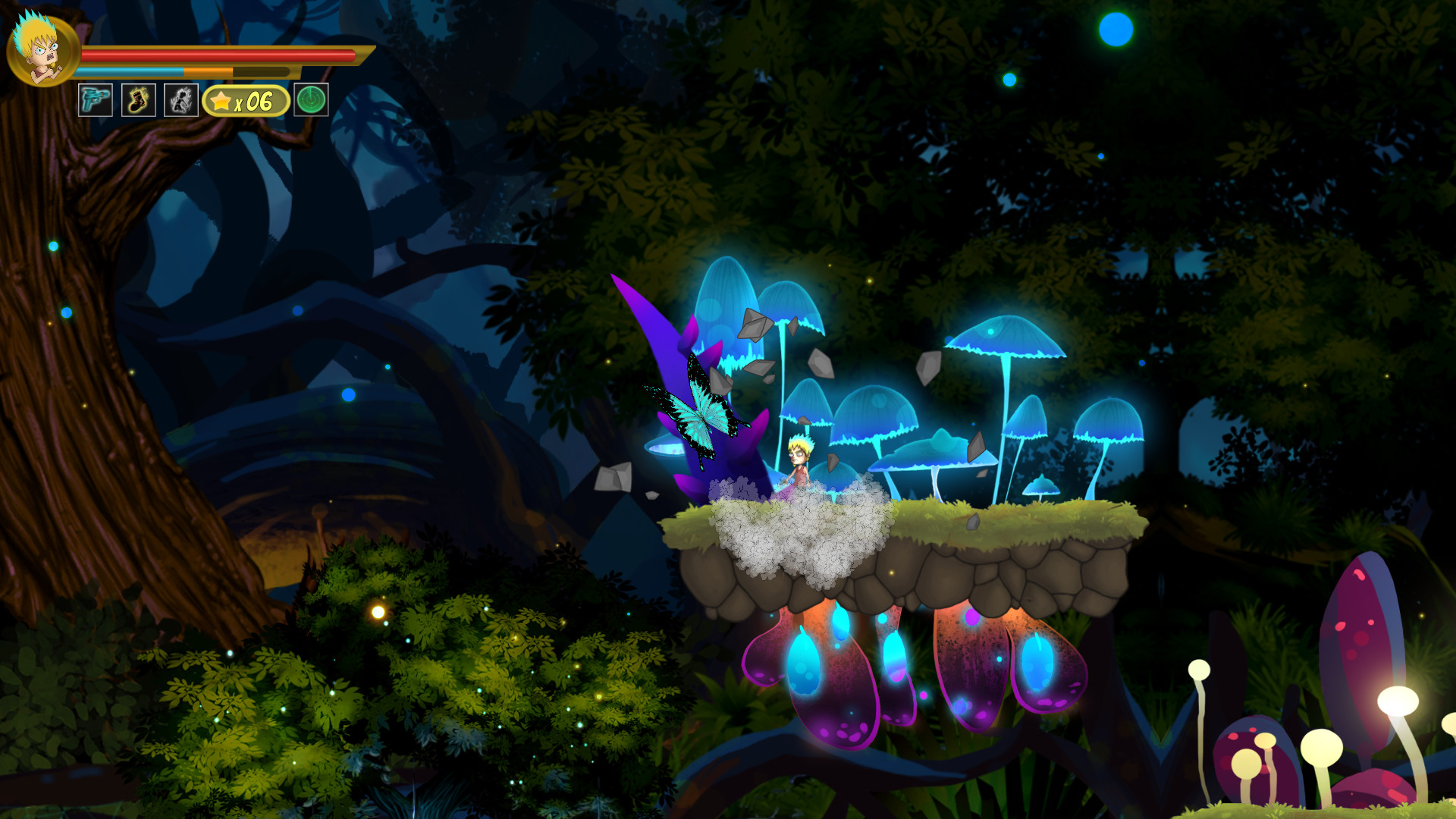 Graphics are mostly fairly bright and colourful. Character sprites are relatively simple, but nicely drawn, with smooth animations. Level backgrounds progress through a few different themes and include animations, some of which tend to distract from the main action. Cut scenes are hand drawn and possess a certain charm, with crude animations that remind me of nothing more than Beavis and Butthead, but maybe that’s just me.

Background music is nice, with a spooky theme that fits the game well. It’s not the sort of music you’d buy a soundtrack for, but it’s good enough. Sound effects are mostly good, but there’s an annoying evil laugh sound that I didn’t like much, and I’m still not sure if it’s supposed to be from Charlie or one of the zombies. The star-collecting sound reminds me of a Mario game. 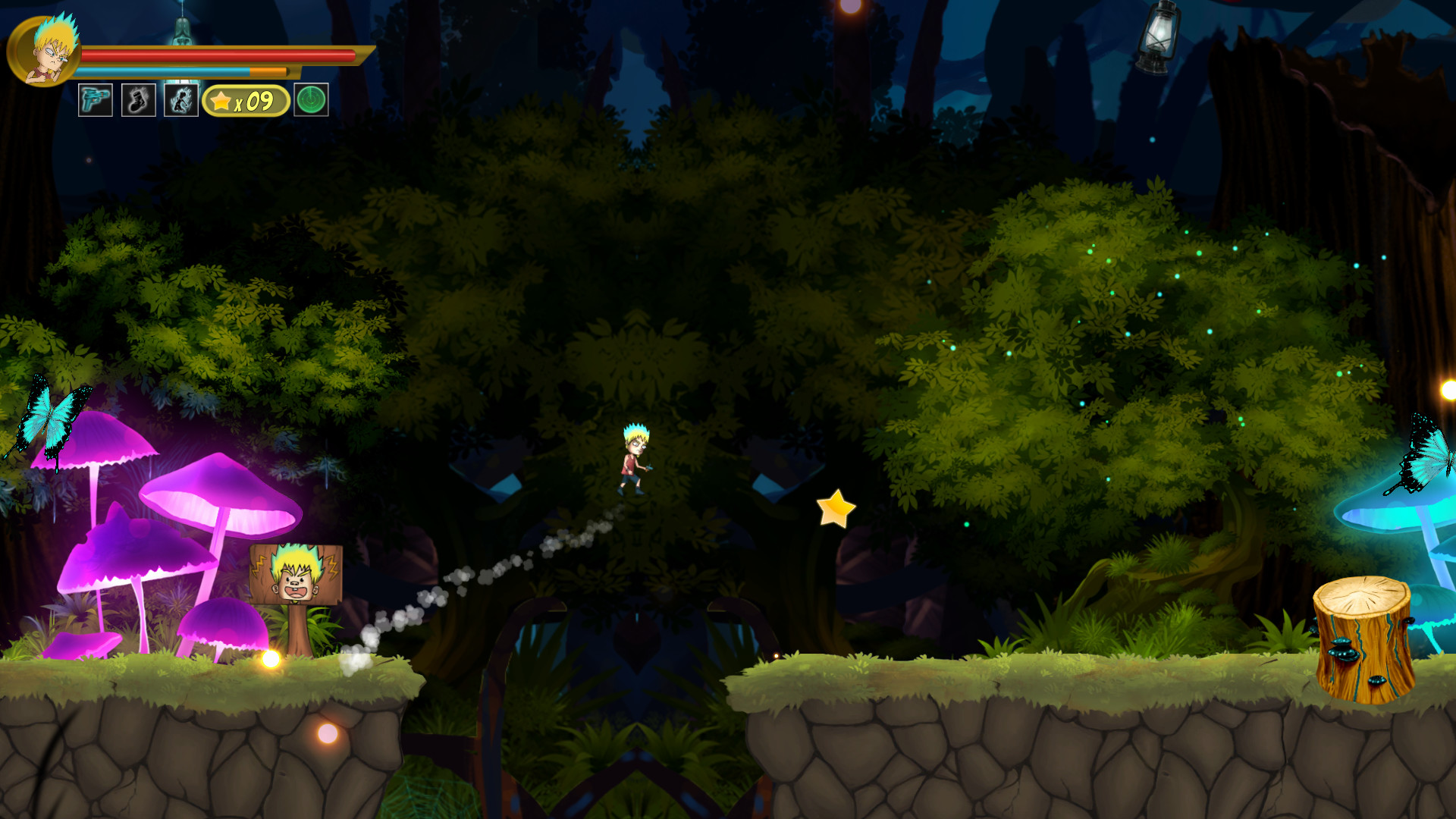 Charlie’s Adventure plays like a typical 2D platformer. Using keyboard or controller you can move left and right, jump, double-jump and dash, as you make your way around the various platforms collecting stars, avoiding traps and killing zombies. Falling off the bottom of the screen kills you, putting you back to the last-visited checkpoint.

Charlie has a fairly impressive arsenal for a little boy. Having found a ‘phazer’ he can shoot zombies with that, or charge it up for mega-damage shots. He can also slam zombies from above when jumping over them, or charge into them as part of his dash, which also makes Charlie briefly invincible to zombie and trap damage. All of these moves use some of his magic energy reserves though, so keep an eye on the meter in the top left when you’re in a fight, as running out at an inopportune time can leave Charlie in a bit of a pickle. 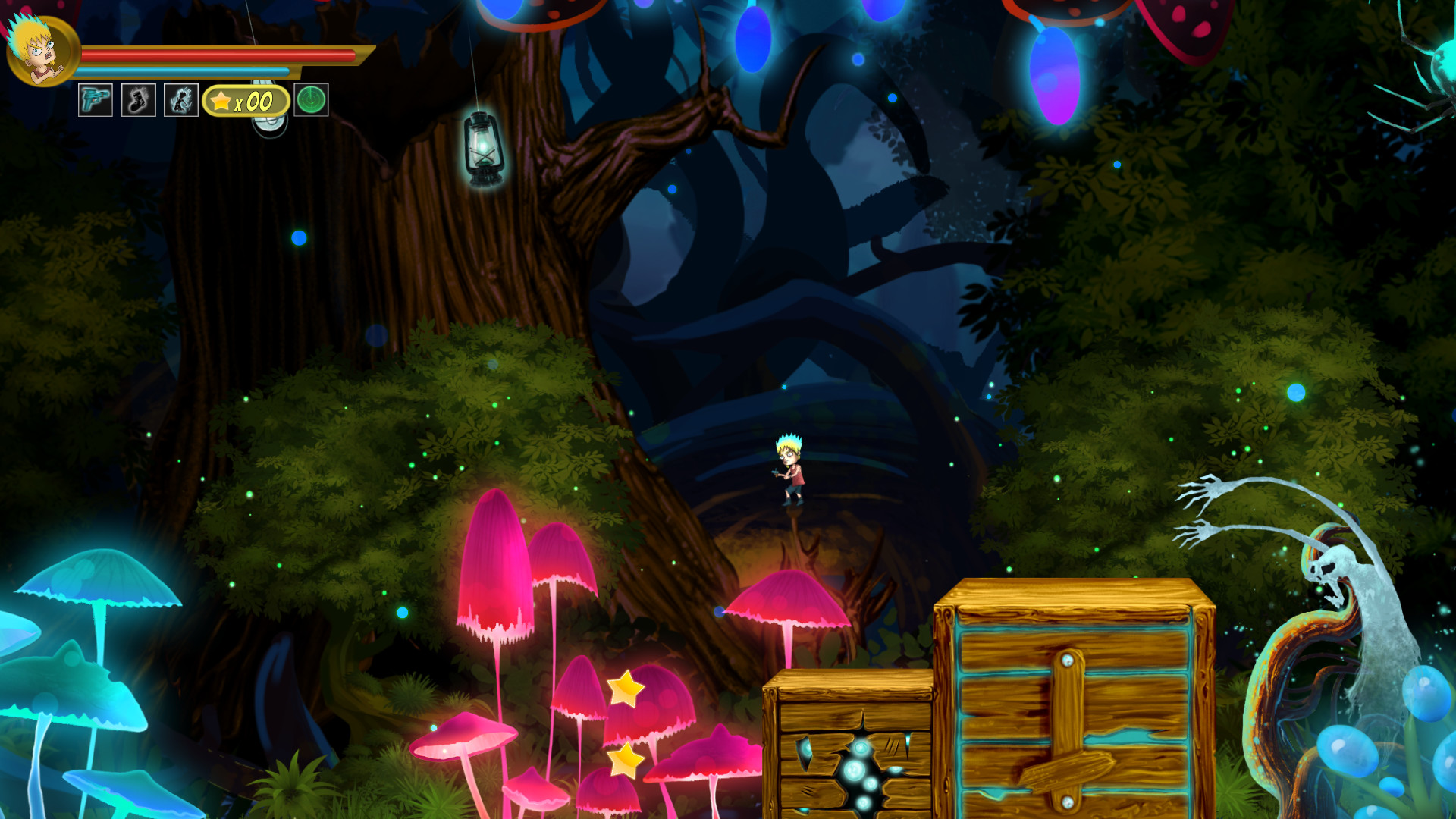 Each level is divided up into a number of areas marked by checkpoints. Kill all of the zombies in one area to unlock the checkpoint to the next and then reach the checkpoint in order to have Charlie reappear there upon death. Charlie’s final ability can help in some of the more convoluted areas too: find zombies. This ability shows little arrows pointing from Charlie to each of the remaining zombies in Charlie’s current area.

Each area has a number of gold stars that Charlie can collect by running into them as well. Collect enough of these and Charlie becomes ‘enraged’ for a short time, increasing speed and damage. Watch out though; even though Charlie’s more of a bad-ass when enraged, he still takes the same amount of damage from traps and zombies.

There are 12 levels in Charlie’s Adventure. I haven’t completed them all but I’ve played for about two hours, including some alt-tabbing to take notes for this review, and I’ve completed over half of them. That suggests the game is relatively short, although you can always go back and play again at one of the other difficulty levels if you’re really keen. I expect only die-hard achievement hunters will bother with that though, as the levels are all very similar both to each other and many other games in the genre, so there’s nothing here to really grab your attention and drag you back to play again. 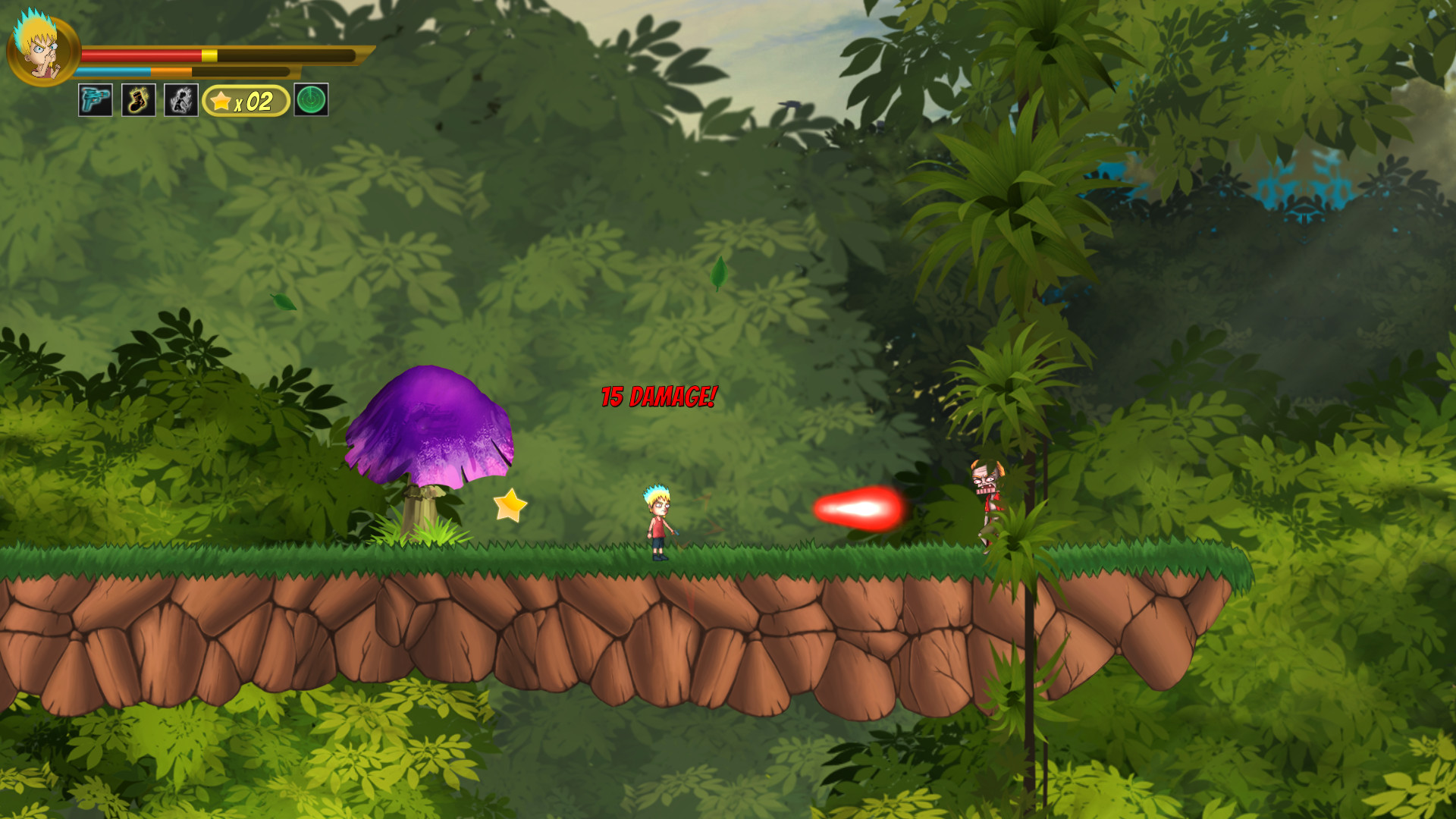 I found the keyboard controls a bit awkward and they seemed to not be configurable. Controller support was good but I found it a bit less precise than the keyboard so neither was quite perfect. In both modes my most frequent cause of death was pressing the shoot button when I meant to press the dash.

I encountered a couple of frustrating problems in Charlie’s Adventure. Firstly, on one level it was frustrating to collect a star close to the bottom of the screen because just touching that area of the screen caused Charlie instant death. I had to try that one multiple times before I managed to grab it without touching the ‘death zone’. Secondly, on one occasion I managed to knock a zombie backwards behind a part of one level that Charlie was unable to get to, meaning that I had to kill Charlie off and restart that area. Neither of these was too problematic though, and the game seems very stable; I didn’t encounter any other bugs or crashing. I did see a few grammatical errors in the game though. Oh, and some of the achievements don’t seem to quite work right, so any achievement hunters might want to keep an eye out to see if they drop. 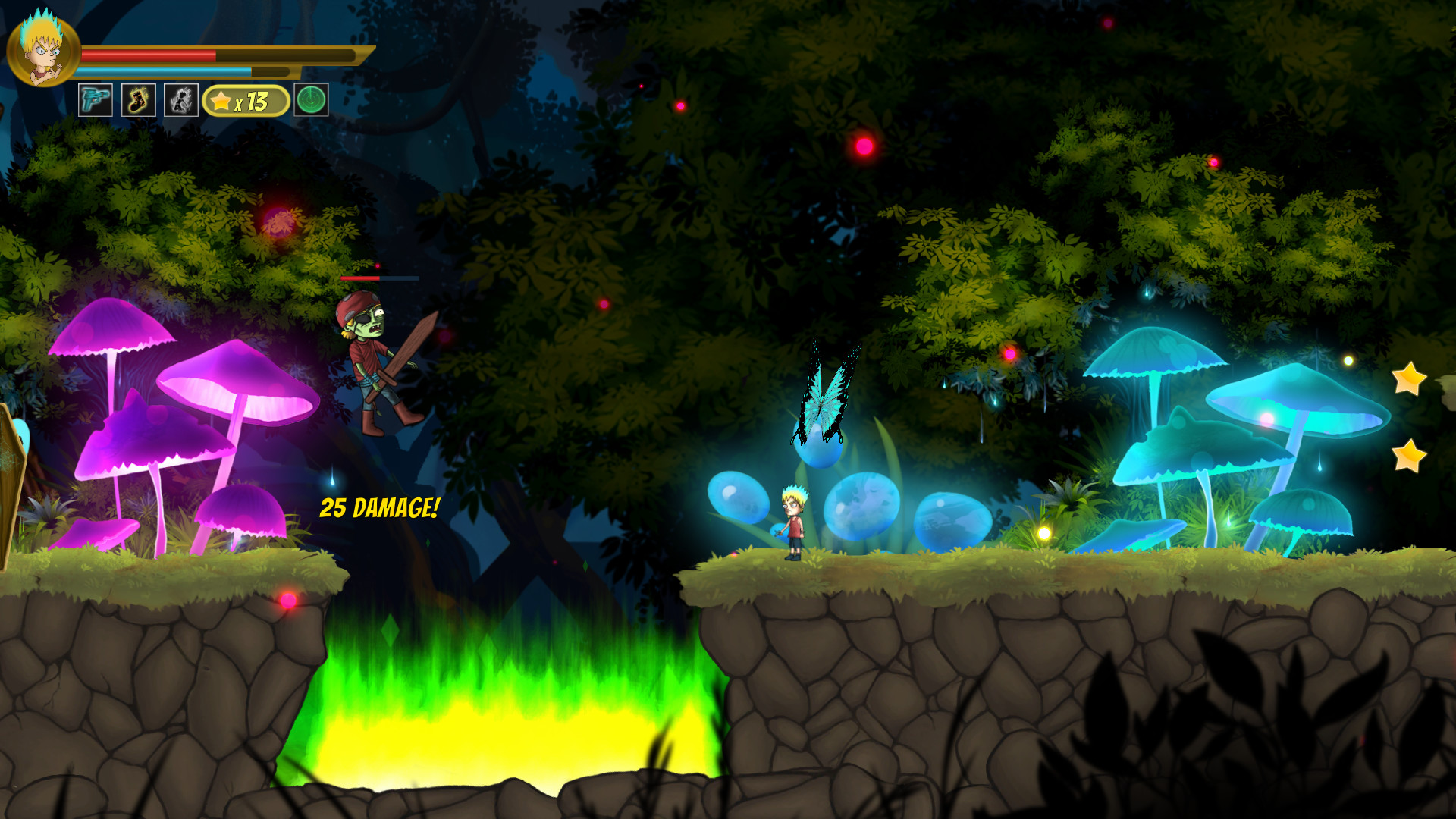 – A bit boring; doesn’t do anything out of the ordinary
– A couple of small problems make it more frustrating than it should be
– Short 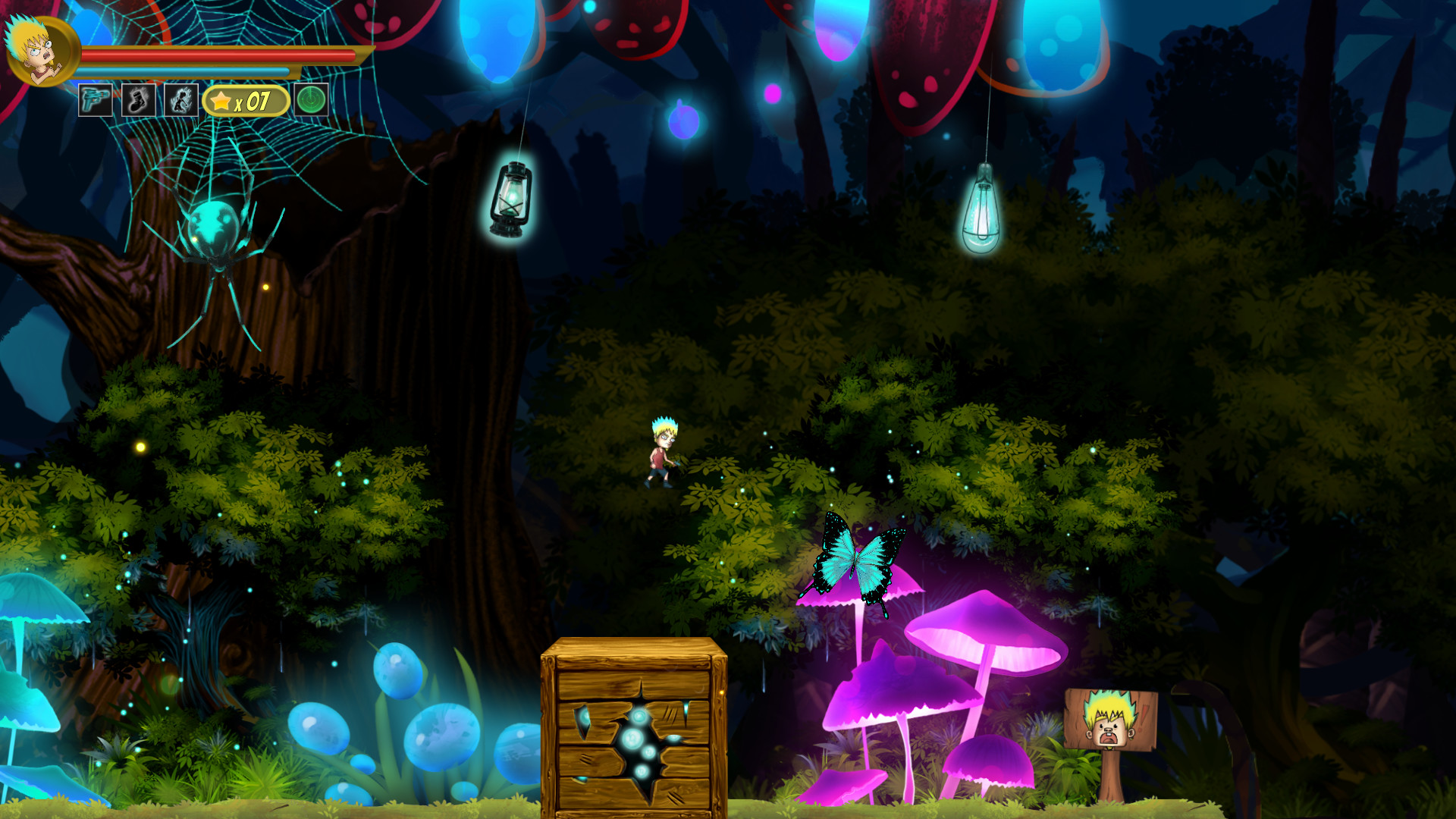 Charlie’s Adventure is a solid indie platformer that fans of the genre should enjoy. It doesn’t bring anything revelatory to the genre but it gets the basics right.