This is a 3D puzzle game in a similar style to games like The Bridge, Evo Explores and Monument Valley but there are two major differences: 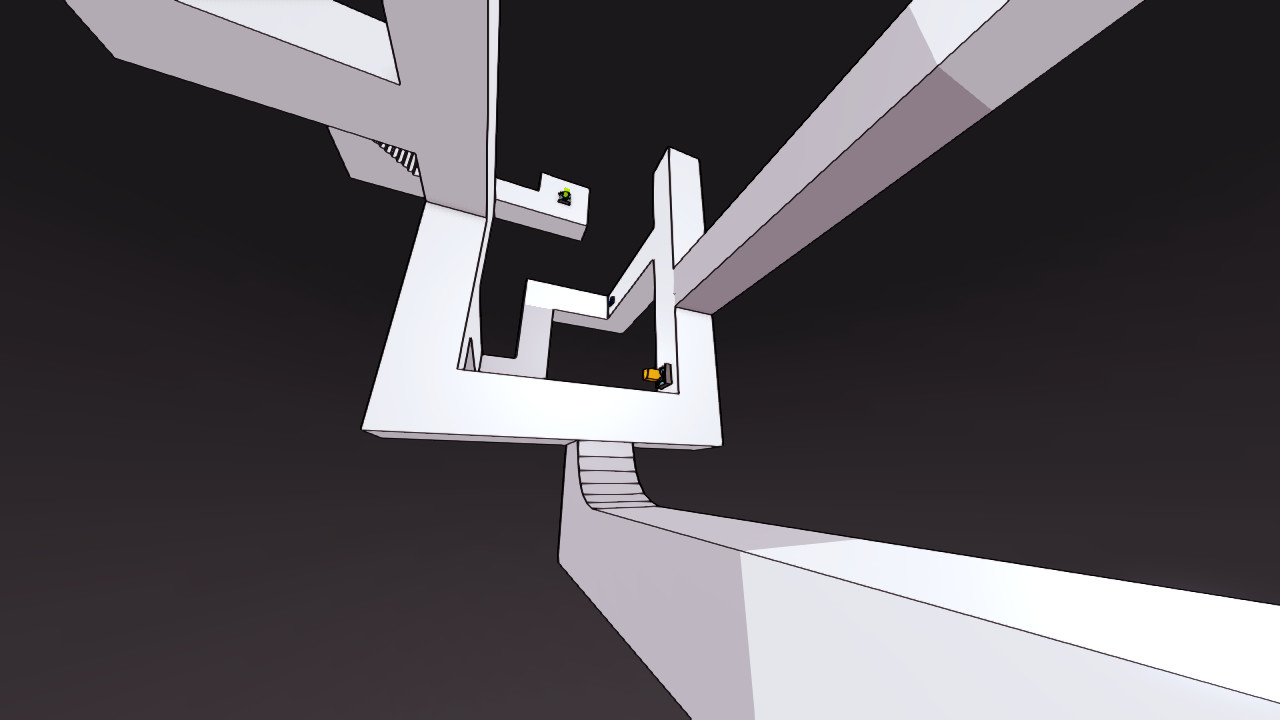 The game involves walking along the catwalks of a 3D maze structure suspended in space to activate coloured waypoints and finally reach the exit gate to the next level. Curved corners change the direction of gravity so you can step over the edge to “fall” onto other catwalks. New mechanics are introduced as you progress such as nodes to rotate sections of catwalks, buttons to toggle the ‘lights’ on and off which make catwalk sections appear and disappear, and portals that allow you to “fall” to other sections of the puzzle. I don’t think it has controller support but WASD/mouse works well. You find yourself constantly looking around to try and work out where you are and where you’re going since the puzzle is constantly moving around you as you change your direction of gravity. Disoriented is the perfect name for it because that’s how you feel most of the time. 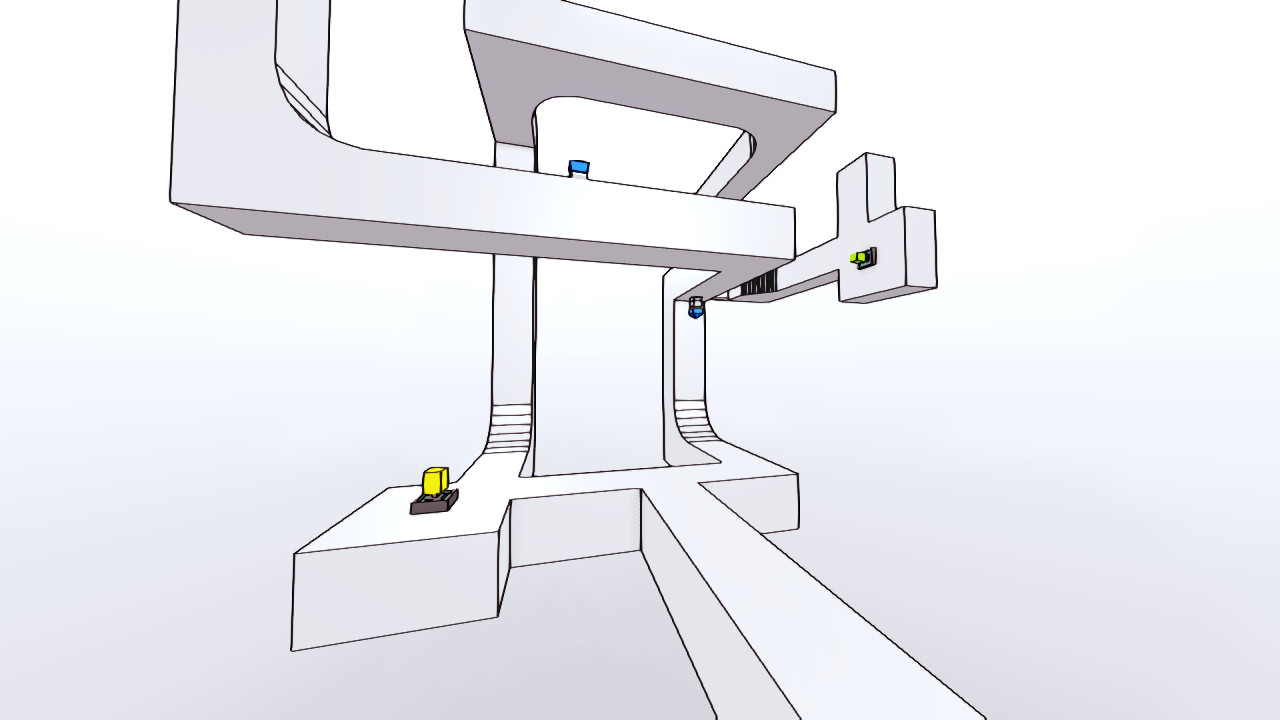 The graphics are stark and functional with a no-frills monochrome environment apart from the coloured waypoint markers. Note: the chequered design in the Steam videos for the game has since been changed to plain white. Nothing wrong with that, it removes any distractions from the puzzle at hand. Likewise, the background tunes are the usual ambient sounds that accompany most games like this.

It’s a minimal environment and runs well, no lag or glitches. There’s fullscreen and windowed options but no in-game resolution options for windowed, and the default is quite small. I discovered the reason for this is because you can resize the window by simply dragging it like any other window, which is nice.

Windows only – I would have liked to play it in Linux. 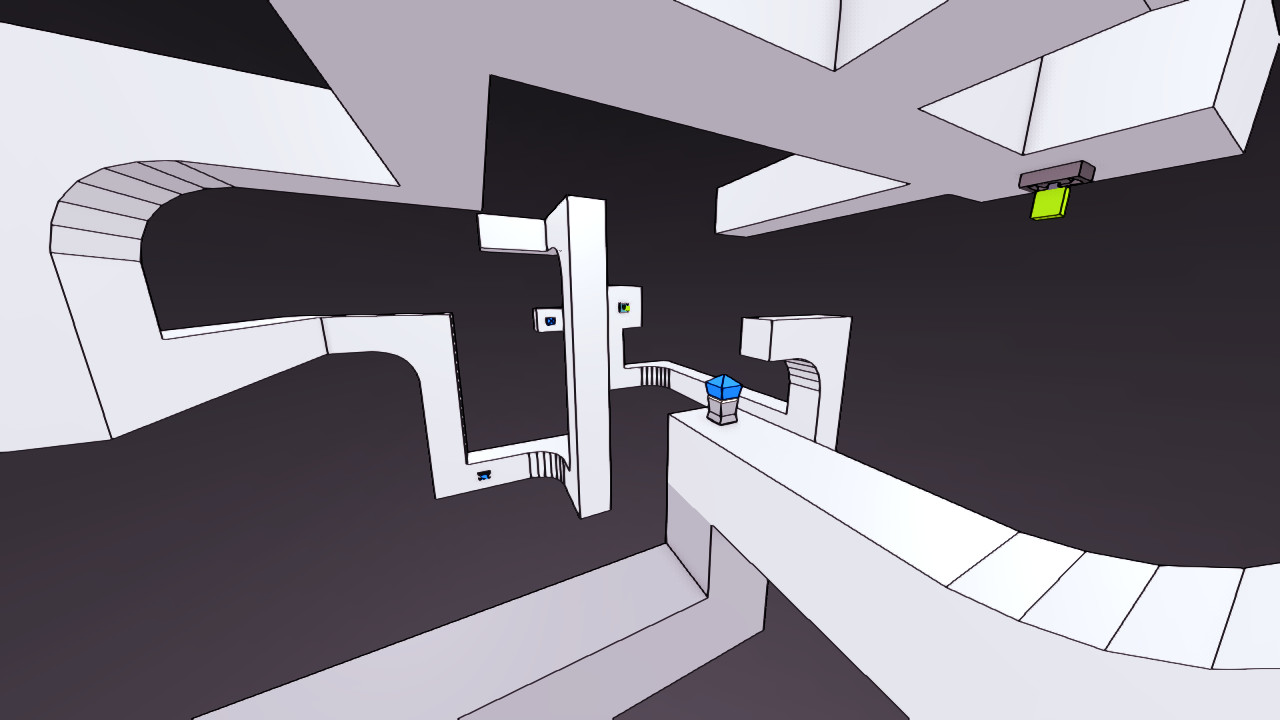 The game mechanics are simple to grasp and no explanation or tutorial is necessary. The first half of the game I found easy but then there’s a sudden spike and it becomes very difficult. Part of the difficulty, as I mentioned before, is due to the fact that you can’t get an overview of the whole puzzle. You activate a button or node and you have to look around you to see what’s happening and maybe move away a bit to get a better angle. It makes you feel immersed in the puzzle as if you’re part of it. I like that.

Another aspect to the difficulty of this game is that it’s new and unpopular so right now there are no guides or walkthroughs whatsoever. If you get stuck, you’re on your own! This can be a good or bad thing depending on your view 🙂 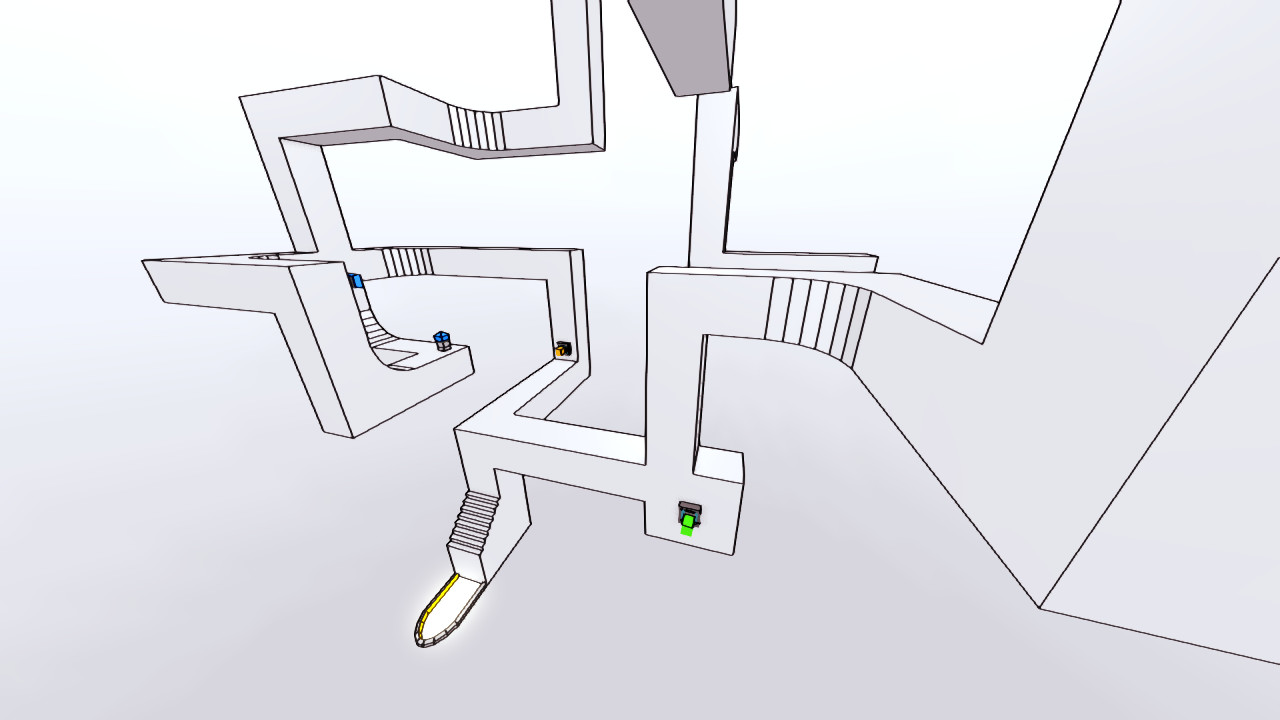 No trading cards yet. 6 achievements, all progress-related. Cloud support. Leaderboards recently introduced which are quite sparse at time of writing.

First off I must stress that the pricing is fair and justified. It’s a good quality game with a unique concept and I would recommend it at full price.

However, the author has openly said that he’s had hardly any sales and I suspect I know the reason why. With 23 levels, when all is said and done this is a short puzzle game. Short puzzle games attract a certain type of player – I should know because I’m one of them. We have a voracious appetite for these games and buy lots of them, but we are accustomed to paying $1-$2. Anything higher tends to fly above the radar. It’s my opinion that the game would do much better if the author swallowed his pride and reduced it to $2 and I think the volume sales would then make this a more lucrative prospect for him. 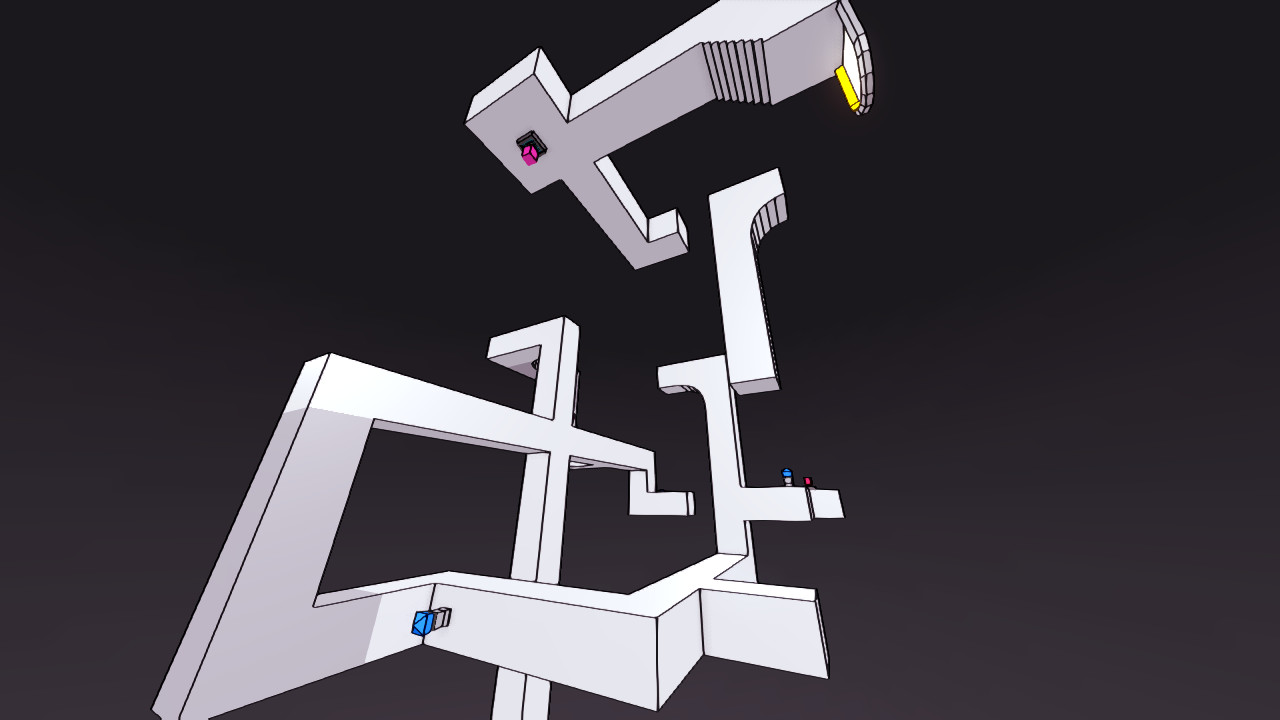 It’s a nice short minimalistic puzzler to challenge your spatial awareness. Very enjoyable. The author says there are more levels coming soon and I look forward to them.