REVIEW: Ginger: Beyond the Crystal

Ginger: Beyond the Crystal is a 3D platformer which reminds me of games like Crash Bandicoot. Does it hop away to success or falls into its own abyss? Let’s find out: 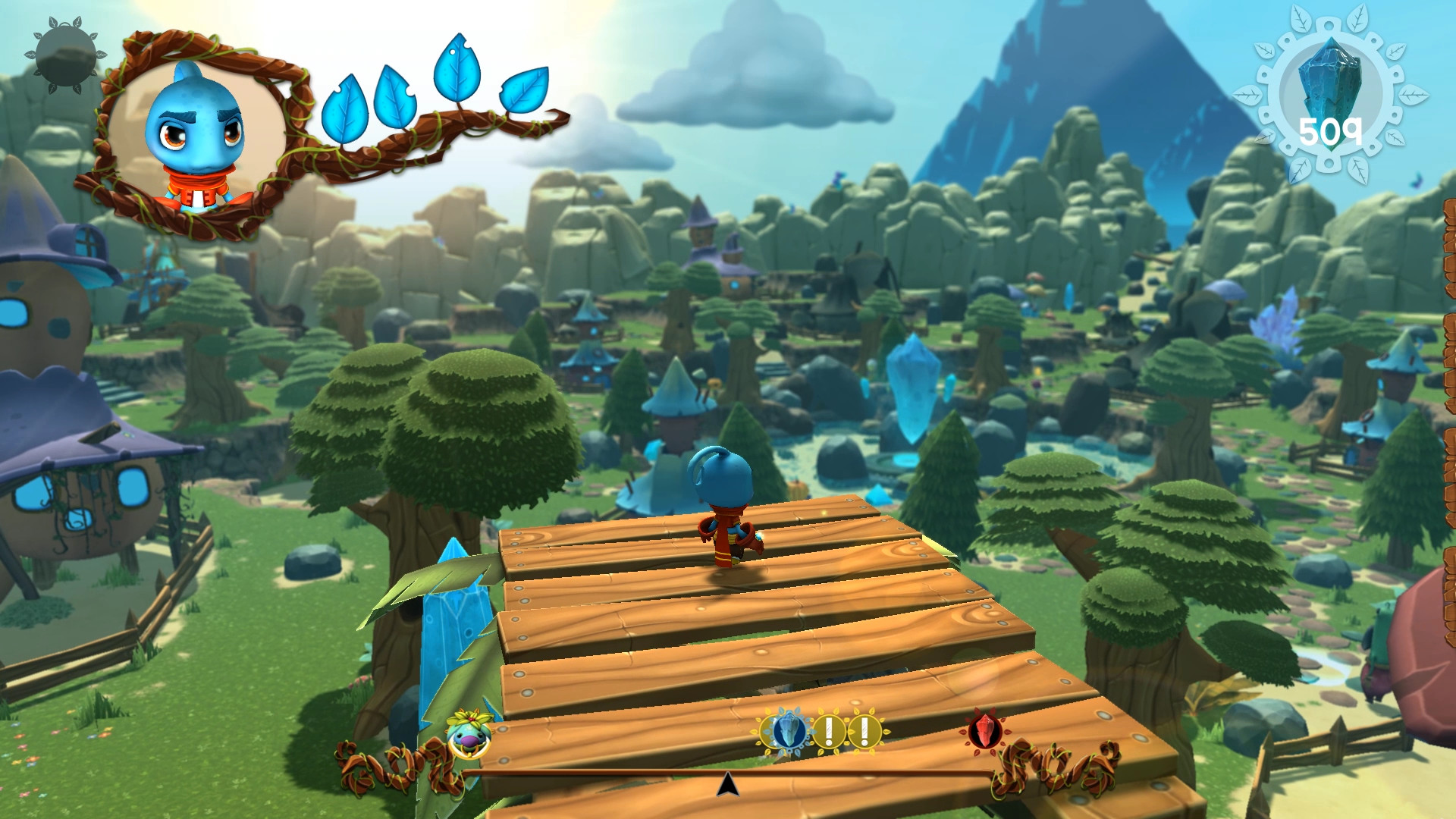 Ginger: Beyond the Crystal puts you in the shoes of Ginger, a blue coloured creature who is supposed to save the entirety of the land by purifying various crystals. The story that the narrator tells you in the start of the game makes you feel like you’re watching a movie made completely for younger people in mind. It is fairly generic and nothing to write home about. There is a decent tutorial system in place that makes you comfortable with the game’s environment and how the main character is controlled. What should be a simple concept soon turns frustrating as the amount of bugs and glitches keep you from enjoying the game. Ginger constantly falls through the game world and glitches through enemies bodies when in combat. On top of that, there are constant crashes and freezes and a huge amount of lagging which makes it a really frustrating. Ginger himself is very finicky and is terrible to control. Combine that with awful camera and the combat sections become very hard even though the enemies die fairly quickly. 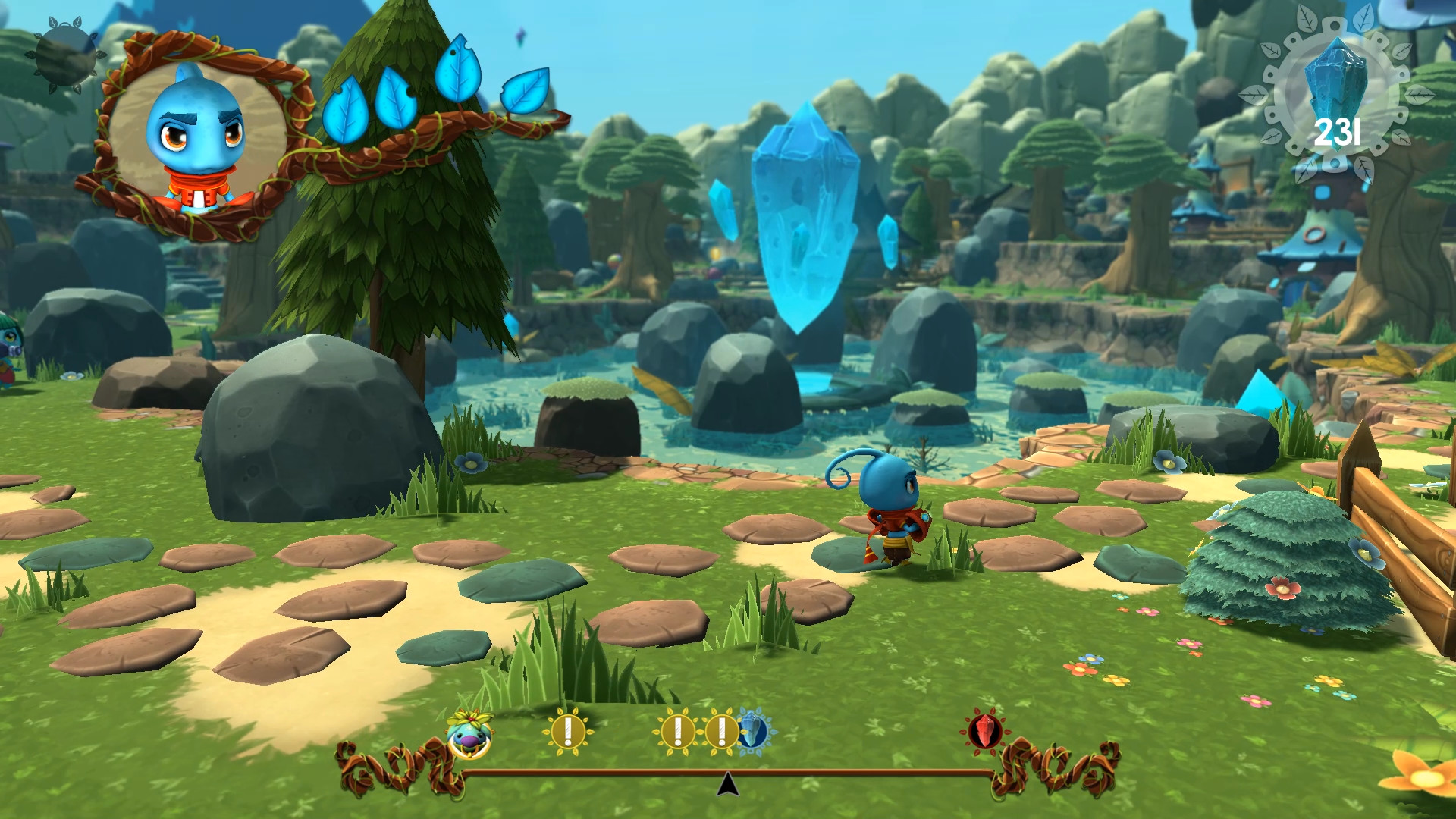 The game contains 3 major hubs which are connected to each other. Whenever you travel from one world to another, there is a huge loading time which takes around 2 minutes every time. That is a really long loading time for a game like this. Your main objective is to spend the crystals you collect in the path and free the villagers who desperately need your help. Contrary to popular game NPCs, the villagers are not happy when you free them. They need to be more spoilt by making them new buildings and keeping them happy. Along the way you will be fighting various enemies which are really dumb. Unless you’re playing really bad or the game is lagging or glitching, the enemies die very easily. The combat system itself is very basic with a punch and a dash button available to fight your opponents. There is little to do for customization too. The main meat of the game is platforming and the game does that really well. The puzzles though not difficult require some thinking and the level design is good. Ginger: Beyond the Crystal does little to invent but whatever it does, it does it really well. The three hub worlds are nicely done enough that you would want to explore them, at least in the start. If you manage to look past the glitches, the constant crashes, huge amount of lagging and really long loading times, there is some good gameplay hidden in Ginger: Beyond the Crystal. 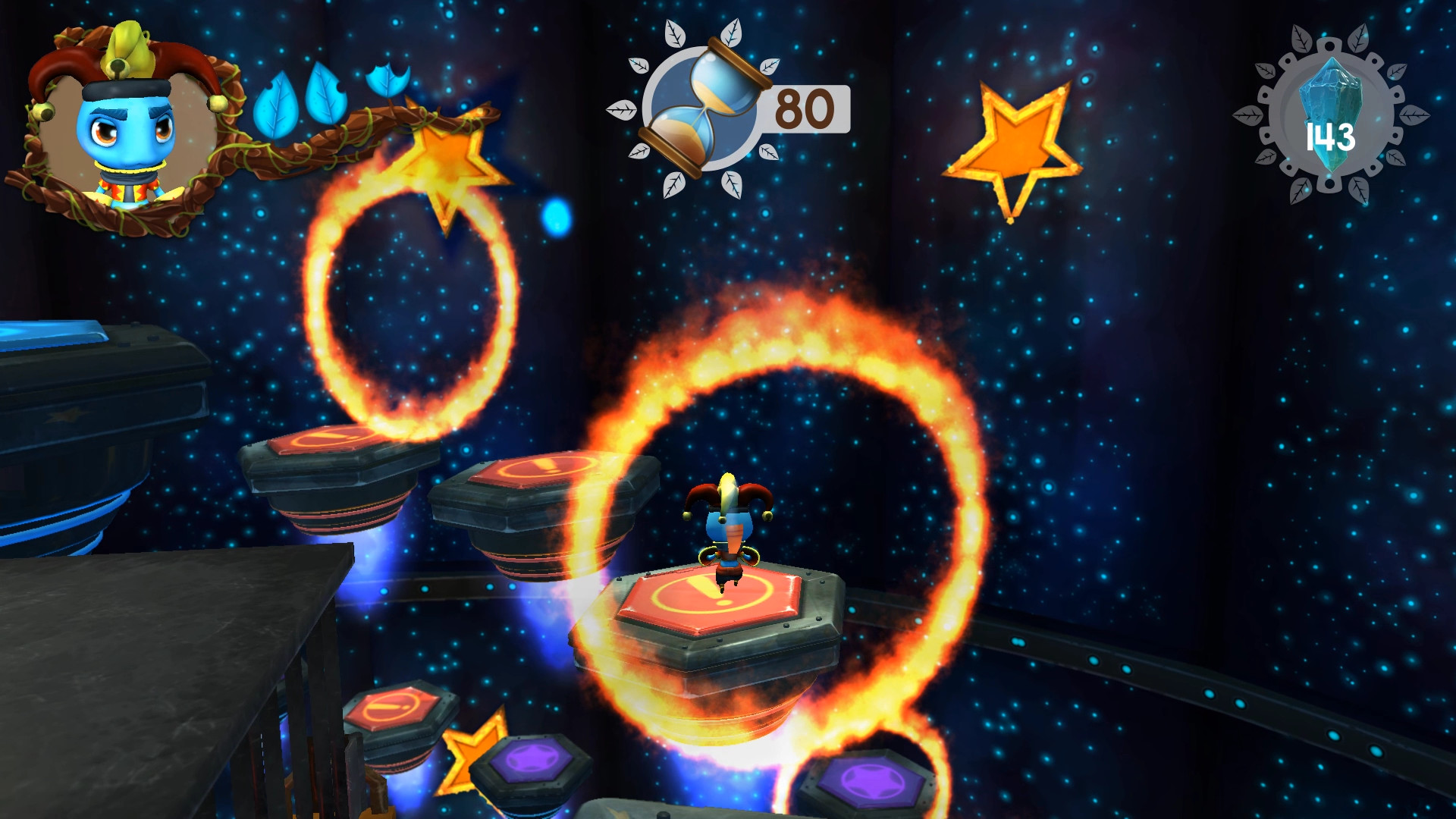 I have mixed feelings for Ginger: Beyond the Crystal’s visuals. There are times when I absolutely loved the way the game looked, but for each one of those moments there came a moment where I realized that it was very bland. There are some brilliant character designs and then there are those which are as generic as it gets. Ginger himself looks a mixed version of Kid Buu and well, blue colour. The UI is pretty simple and is easy to get used to. Ginger: Beyond the Crystal’s features a world that is colourful and vibrant but there are times where there is nothing interesting going on the screen. Overall, the visuals Ginger: Beyond the Crystal are a mixed bag which has its highlights but is also really bland at times.

Sound design is a field where Ginger: Beyond the Crystal excels. The music is soft and easy going on the ears. It also captures the imagination of the player and sucks him in. It has the kind of soundtrack which a child would really like, a target audience for this sort of game. The voice acting is minimal and fairly good. There were a few audio bugs here and there but overall the music of Ginger: Beyond the Crystal is excellent. 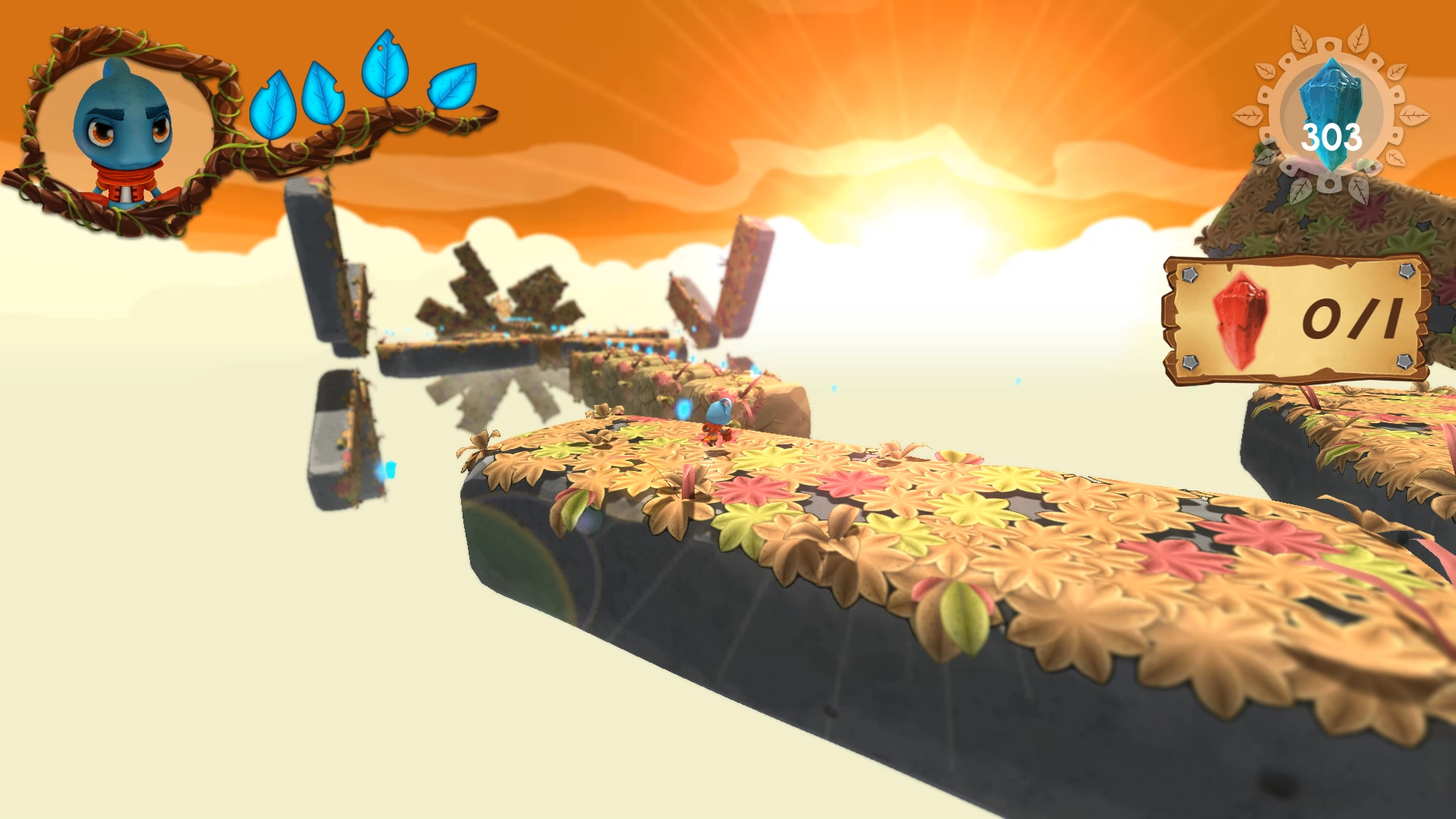 Ginger: Beyond the Crystal has a huge amount of potential. It has some excellent platforming sections and has a stellar soundtrack. But the number of bugs and glitches really hold it from being great. The combat is really bad and could’ve been avoided by the game developers. It seems to be just forced down the game’s throat. The visual direction has its highlights and the story is all right for younger audience. But you will really need to look past the huge amount of loading times, lagging and bugs to enjoy this one. The game needs to be patched before it can be absolutely recommended for anyone.