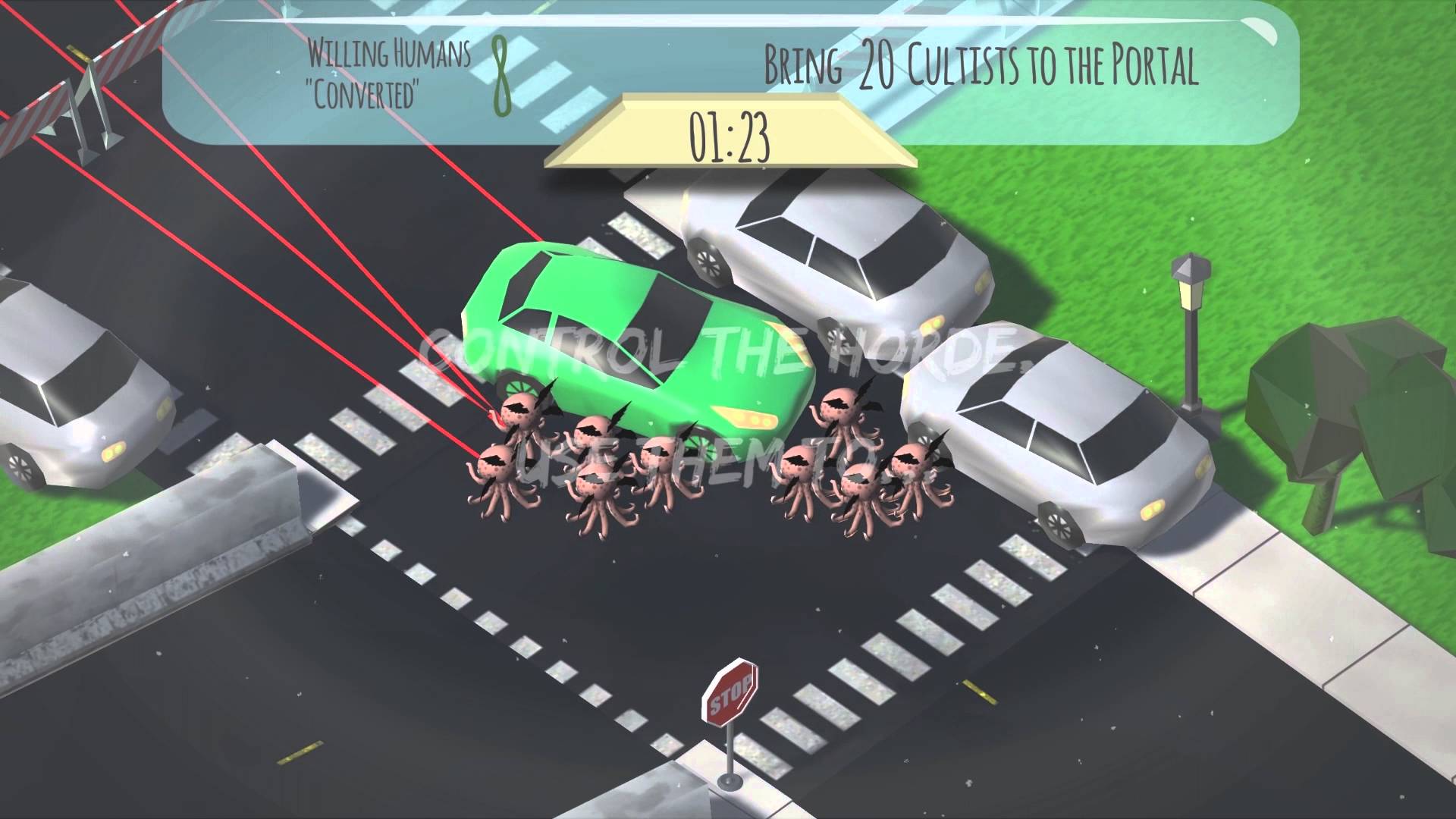 Tentacult! could best be described as a casual swarm control game, getting from point A to point B while adding as many creatures to your swarm as possible. It has a cute aesthetic, a simple story and offers 8 levels with some achievements for good measure. It is held down, however, by glitches and bugs that turn this quest for friendly company into a stroll through a frustratingly doomed town.

In the depths of the deepest trenches of the Atlantic (Pacific maybe?) ocean, there dwells a evil so insidious the very mention of the creatures name would drive people insane. This time around the creature is a lonely little cephalopod named Cthulhu, who is looking for some friends to have tea with. It is up to Tentacute to visit nearby Pleasantville and gather friends for Cthulhu by any means necessary, which in this case involves the complete destruction of the human anatomy. 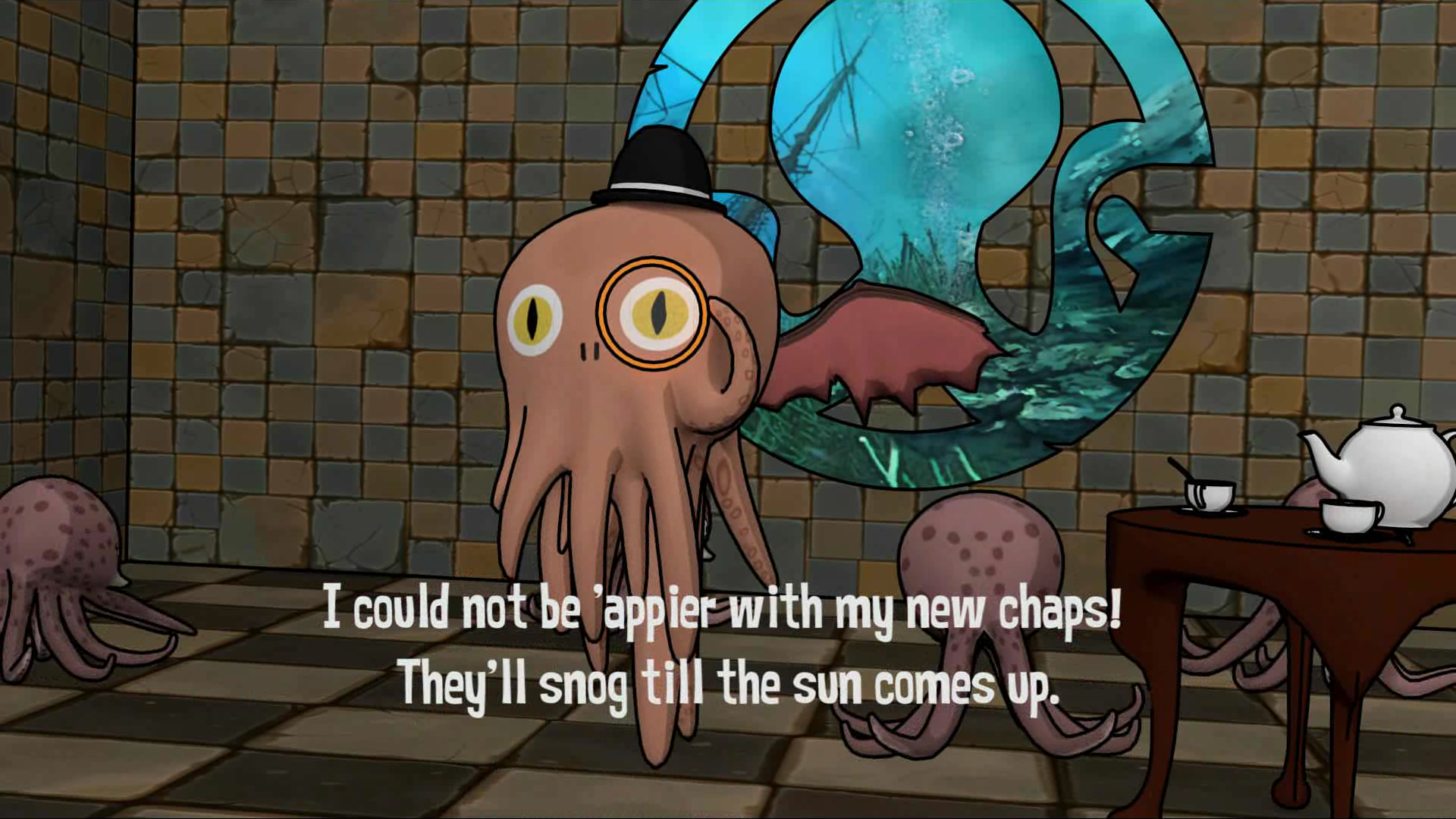 In order to appease Cthulhu’s desire for more friends, the player must “befriend” human beings by ramming into them enough times. The more humans that are converted, the larger the swarm and the easier it is to stretch out to hit more humans. Should the gaggle become to wide spread, some friends will get left behind and no longer follow. This is where the clump features comes into effect: holding the space bar (takes a few hits to register the command) will prompt everyone to group up and is crucial for getting past narrow passages or pushing certain objects. As long as enough friends make it to the dark ritual glyph at the end of the level, Cthulhu will congratulate your effort and move the player on to the next level.

The only challenging aspect to this game involves the military forces scattered around certain levels that either throw grenades at you, shoot on sight, or have left behind explosives easily avoided by getting close and backing off before they explode. As for the soldiers, they can also be “persuaded” to accept Cthulhu’s generous invitation by running into them enough times. In certain cases, they must be dealt a killing blow with the help of a ramming car. Avoiding the soldiers or killing them is about the only measure of problem solving available in the game. The rest of the time, the player is roaming around “collecting” friends and making it to the end. Humans spawn in regularly though and make it nearly impossible to lose a level.

The cephalopoda and humans are adorable and the environments have a good amount of color to them. Buildings and trees are well-designed, if a little jagged, with particle effects such as explosions and body conversions looking presentable. Some nice little touches were added to the humans in the form of speech bubbles expressing their newly formed dread and the limbs that get left behind in their blood puddles following conversion. Sound design is lackluster at best, but it is amazing how human screams and panic gunfire cannot be enough to overwhelm the cute authentic. Music is limited to about four tracks and is fitting of the aesthetic. Presentation receives the highest mark of appreciation in the title, but it is unfortunately not enough to compensate for the issues that drag this game back to the depths.

Technical issues span from instructional dialog box reuse to several environmental design flaws.   The mission dialog boxes repeat on several missions, making it rather strange to read a request for thirty friends for the third time when the actual requirement is 25. Level design is also a major problem when the swarm is met with some unforeseen potholes. The environment contains floor clipping, invisible walls, buildings that are not properly blocked and other obstacles. This has resulted in my swarm going into a building that should have been blocked, only to get two buddies stuck inside while I followed the invisible walls from the nearby buildings to find my way back out. Humans tend to use the areas as a hide out as well, making it hard during later missions to gather the needed number of friends to please Cthulhu. 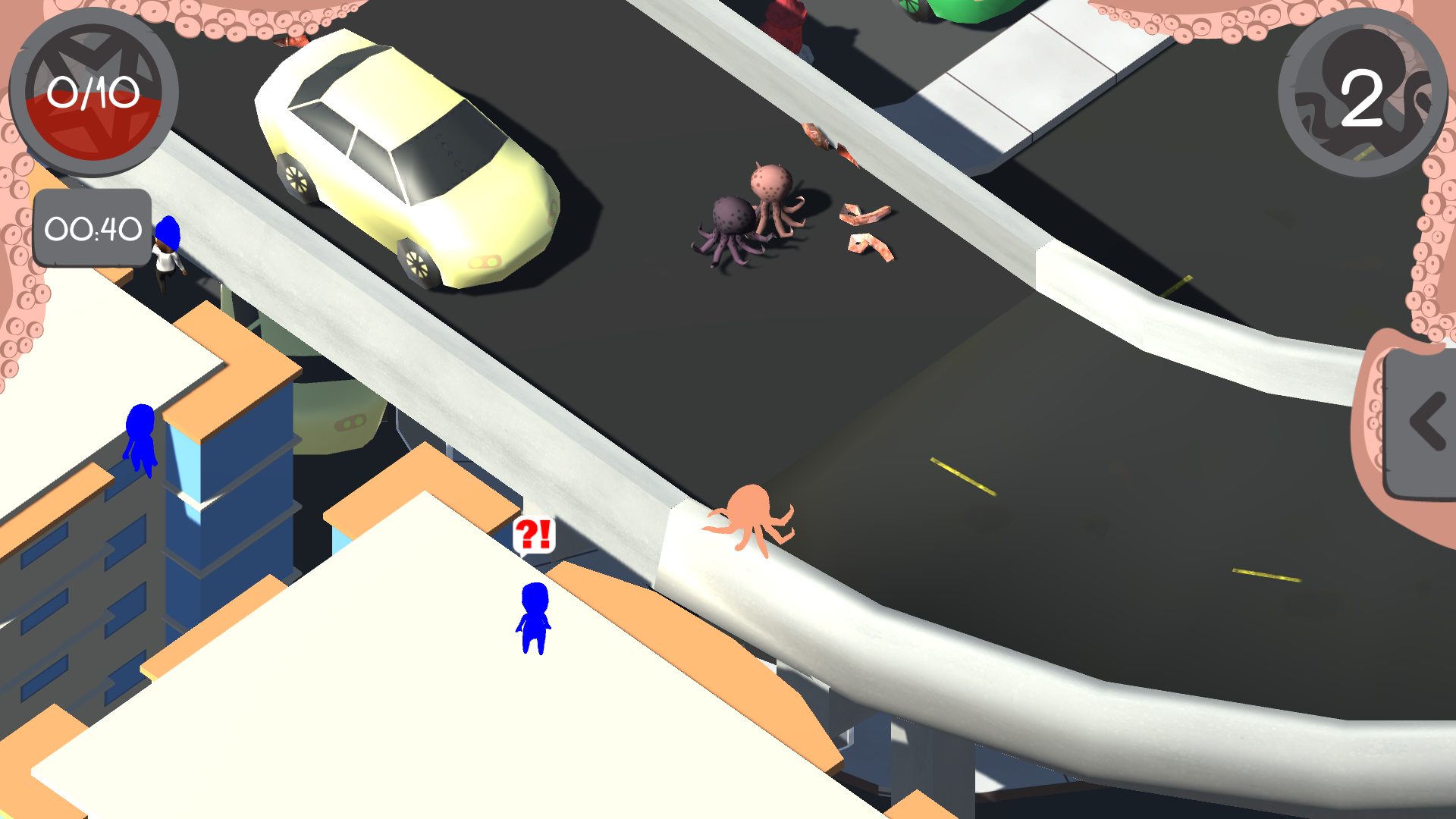 Issues also start to sprout up once multi-layer terrain is involved, highlighting anything underneath or behind buildings as a yellow or blue figure without providing a sense of direction to escaping it. If the player manages to get one or two tailing behind below an over pace, for example, there is the possibility of the camera switching focus to the swarm below the overpass if the swarm on the overpass moves to far away. Mission 3 and 4 are especially notorious for this as the overpass is required to reaching the portal.

Larger issues boil down to the way the enemy functions. Certain enemies have a chance to become immune when the same enemy type standing next to them is 100% accepting of the conversion process. Some enemies are also clipped into structures, allowing them to continually attack the player while in range and preventing the player from attacking them. This is a major issue for a game that requires a certain friend count in order to complete the level. It is good to note, however, certain enemies are suppose to be out of reach. A soldier stuck halfway in a wall is something that shouldn’t be though. 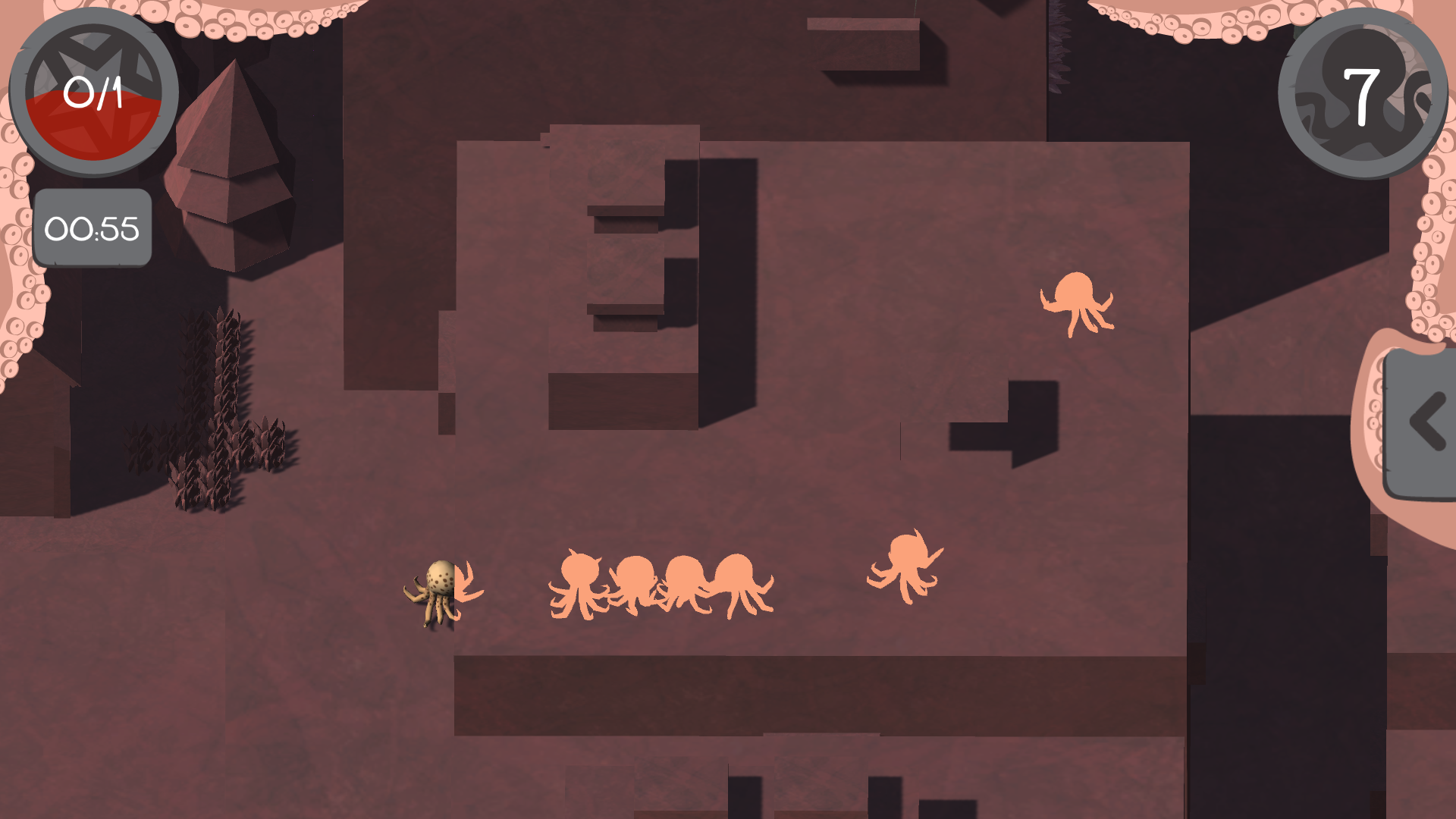 Cthulhu is a charming fellow in this little adventure, ultimately foiled by some overbearing bugs and a major lack of polish. Game play is simple, diabolically easy and loses speed as the levels begin to drag on. The only time the game feels difficult is when the AI begins sticking into corners as the swarm moves along a path, the enemies refuse to die, or the level’s color scheme starts making the roads blend into the houses. The lack of direction isn’t a major issue, but the unpolished design of the levels makes it a pain to maneuver effectively. The settings also has a problem saving, which means every time the game is launched, the settings need to be reapplied. This is a valiant first effort on the side of the developers, but the game is simply not polished enough to consider purchase. Hopefully the team behind it will continue smacking the bugs out, which they have done with a couple of post launch patches.