With it’s bizarre presentation, delicate but surprisingly engaging gameplay, Beglitched turns the match-three genre into a strange adventure about the insecurities of our computers and most importantly, ourselves. Does it hold up as a bizarre game, or leave itself vulnerable to design flaws? 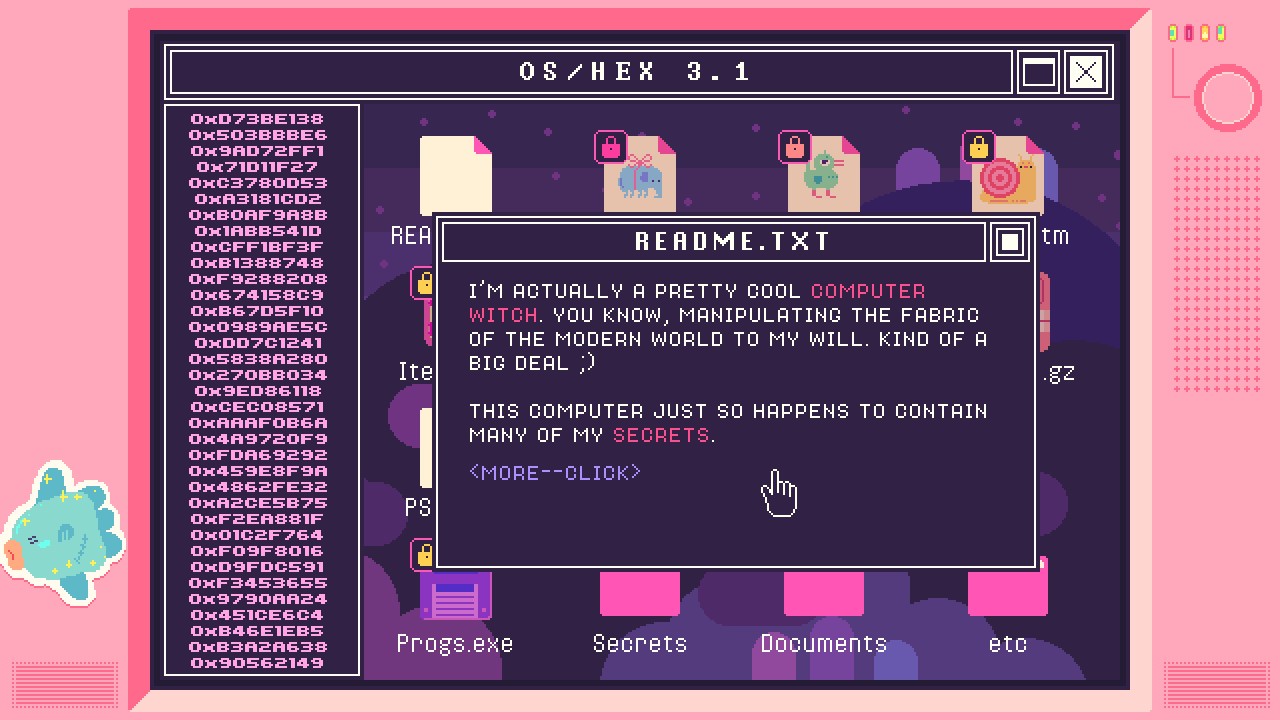 Beglitched’s premise begins with you interacting with a computer that belongs to the famed Glitch Witch, and you’re now tasked with keeping various forums and sites belonging to her under control. The premise is cute and entertaining enough, but it really holds up it’s aesthetic. The game shows the personality of the Glitch Witch through not only her dialogue, but the presentation of her computer that you use, styling with cute stickers and a color scheme that could most likely make people mistake it as a toy one. You learn of a character who’s insecure of their abilities, and how others view of them, and it’s a fascinating way to make a character you don’t physically interact with much more relatable.

It’s aesthetics are enough to sell some on the adventure, but what about the gameplay? It works as a match-three game where the pieces on the board are potential hiding spots for your enemy. You can find them using the various blocks you have on the board, including a compass that can pinpoint to a number of potential spots they’re at. Once you’ve got the location, just blast a bomb block on that spot, and they’re defeated.

While it may seem like it would get repetitive fast, well, it does. But the game makes an effort to change things by having you fight new enemies in each level that shake up and break entire strategies. It’s enough to bring a spin to the concept and further play with it, but if you don’t find the gameplay to hook on you, you’ll want to log out fast, because it won’t truly change from there. 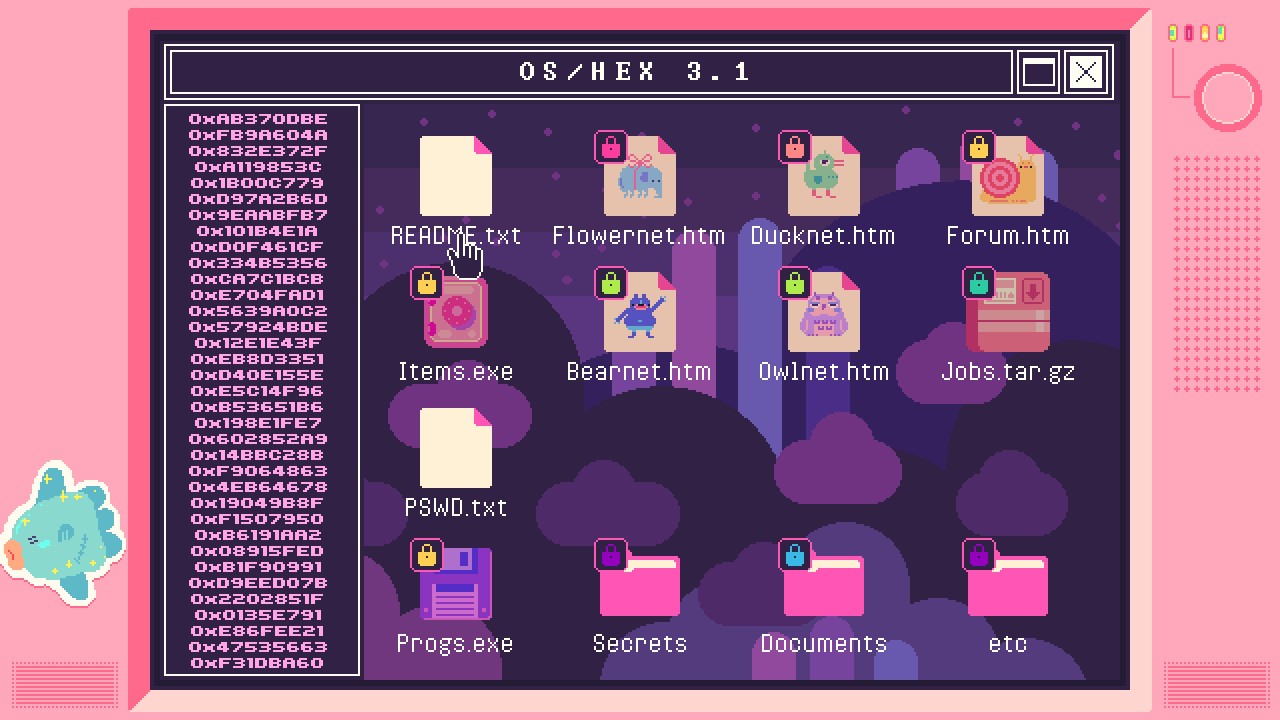 Each level is a forum or online site that is technically designed as a multi-floor Dungeon. In order to get to the next floor, one has to correctly navigate and sweep the right spot to head to the next floor. Those who don’t play cautiously and use the game’s hints to determine the location will end up finding viruses, unwanted enemy encounters, and worst of all, eggs that will reset the entire map, including enemies. With all of these traps (and sometimes rewards), you’ll have to grasp and understand the game’s way of hinting where to find them, which the game does a poor job at explaining.

Thankfully, it’s actually not that difficult, although describing the system is probably not easy in the first place. Once you get the hang of how the game works, it becomes a much more smoother experience, with a steady amount of customizable power-ups to give you a slight boost in the event that you are struggling in the game. However, one has to really aquire the taste of the gameplay for this whole loop to work.

There’s a really good story in here to be found about the insecurities of your abilities and who you are, but it seems buried behind all of these levels of constant battles, with enemy types becoming more of a chore to deal with once you figure out how to find them. If you don’t find yourself enjoying the gameplay in either long or short bursts, Beglitched will have nothing for you besides it’s aesthetics. 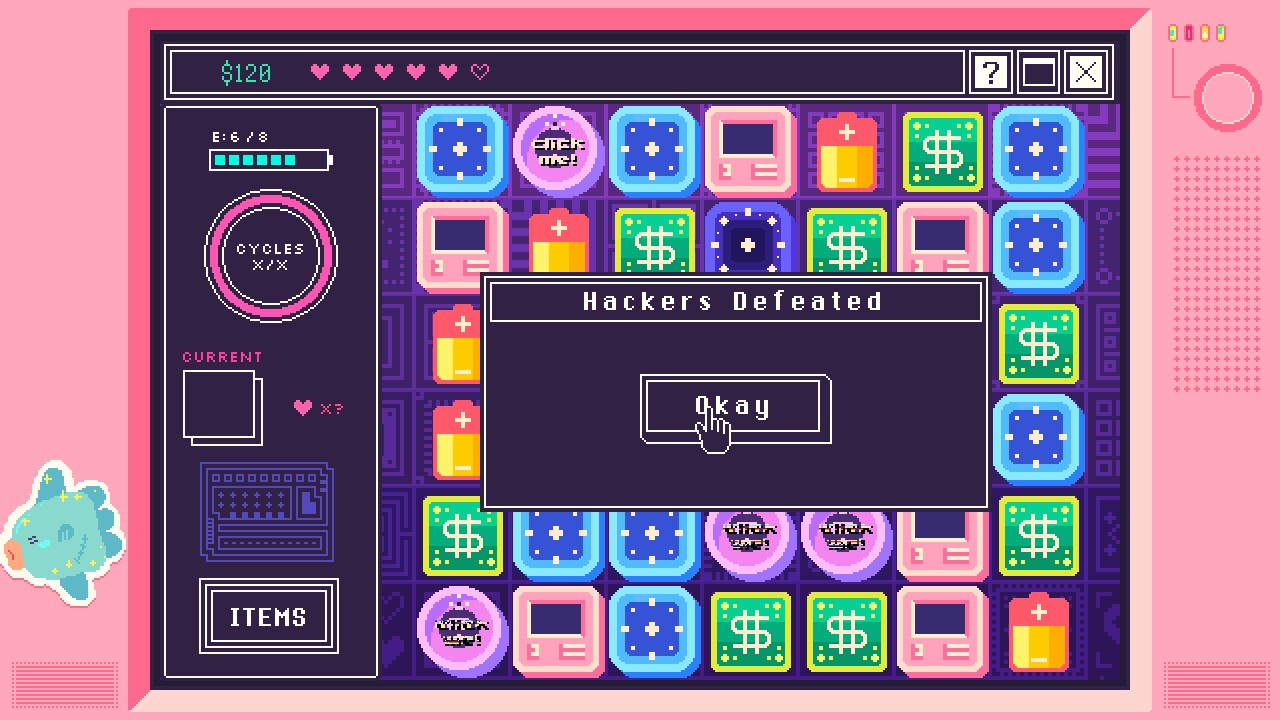 Despite the qualms I ultimately have with it, I still found myself impressed by how it plays around with what is nowadays a common genre among mobile devices. Beglitched feels like the middle ground between a simplistic mobile game and a nuanced gem of a game that makes it a lot more complicated than it looks. The game surprises me by being what it isn’t, and that’s a typical match-3 game with cutesy aesthetics where you combine some blocks and things happen.

It may be repetitive, but there’s something really cool about the kind of dance the game puts between you and the A.I. It’s information combat, one where you have to piece out their hiding spots and successfully chain a bomb in that spot to knock them down. You can’t beat the game simply be playing it like a match-three game, you have to rely on the tools and pieces given to deduce the spot where the enemy is, and then poke them out.

It’s a lot more difficult to grasp, but with some unlockable and equippable power-ups (that cost $$ found in combat by matching the $$ pieces), the game allows the player to be more flexible with their actions, in addition to allowing less-skilled players to have a boosted chance in success. It has it’s pitfalls for when the game becomes too much for a player, which makes it approachable for almost anybody wanting more of a challenge from their typical mobile affairs. 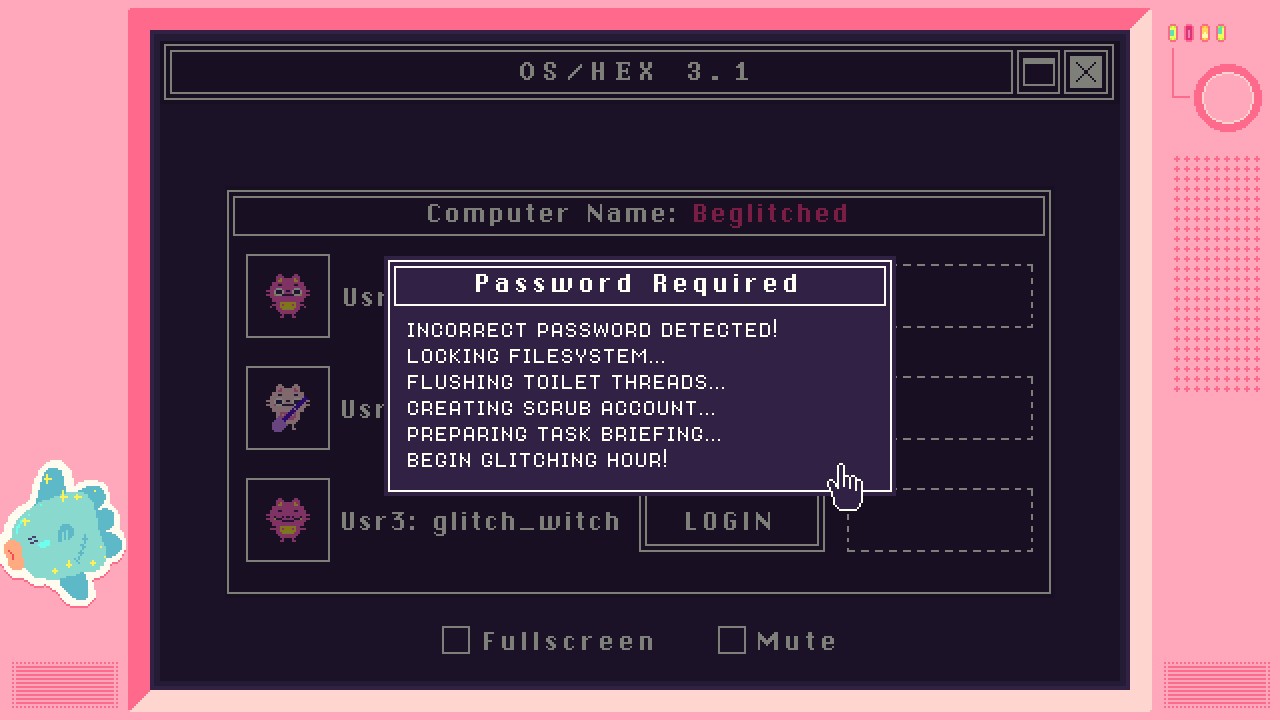 The Final Product is a fun, cutesy puzzle game that’s managed to grab me more easily than other games like it. However, it’s repetition and monotonous battle encounters may outweigh the ingenuity the game provides itself at times. Whatever or not you get Beglitched is up to whatever or not you can stand a simple puzzle game at short bursts.

MeltingComet/Nikoback is a young, up-and-coming game developer, speedrunner, and game reviewer. Follow his antics and current projects at nikobackgames.weebly.com