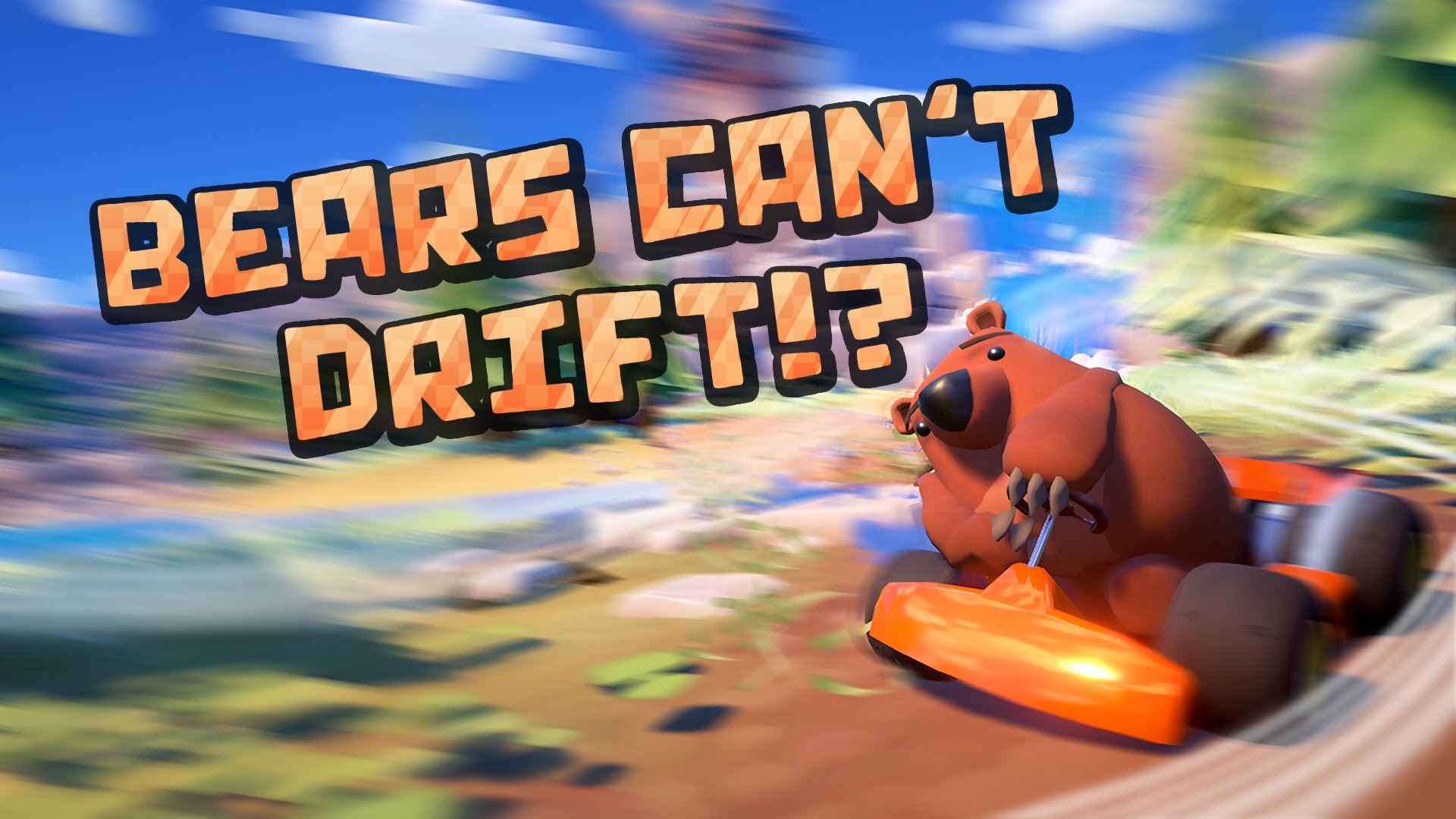 Bears Can’t Drift!? is developed by Arran Langmead and published by Strangely Named Studio. It could’ve been a promising kart racer if it wasn’t bogged down by the troublesome control scheme and lack of a proper options menu. 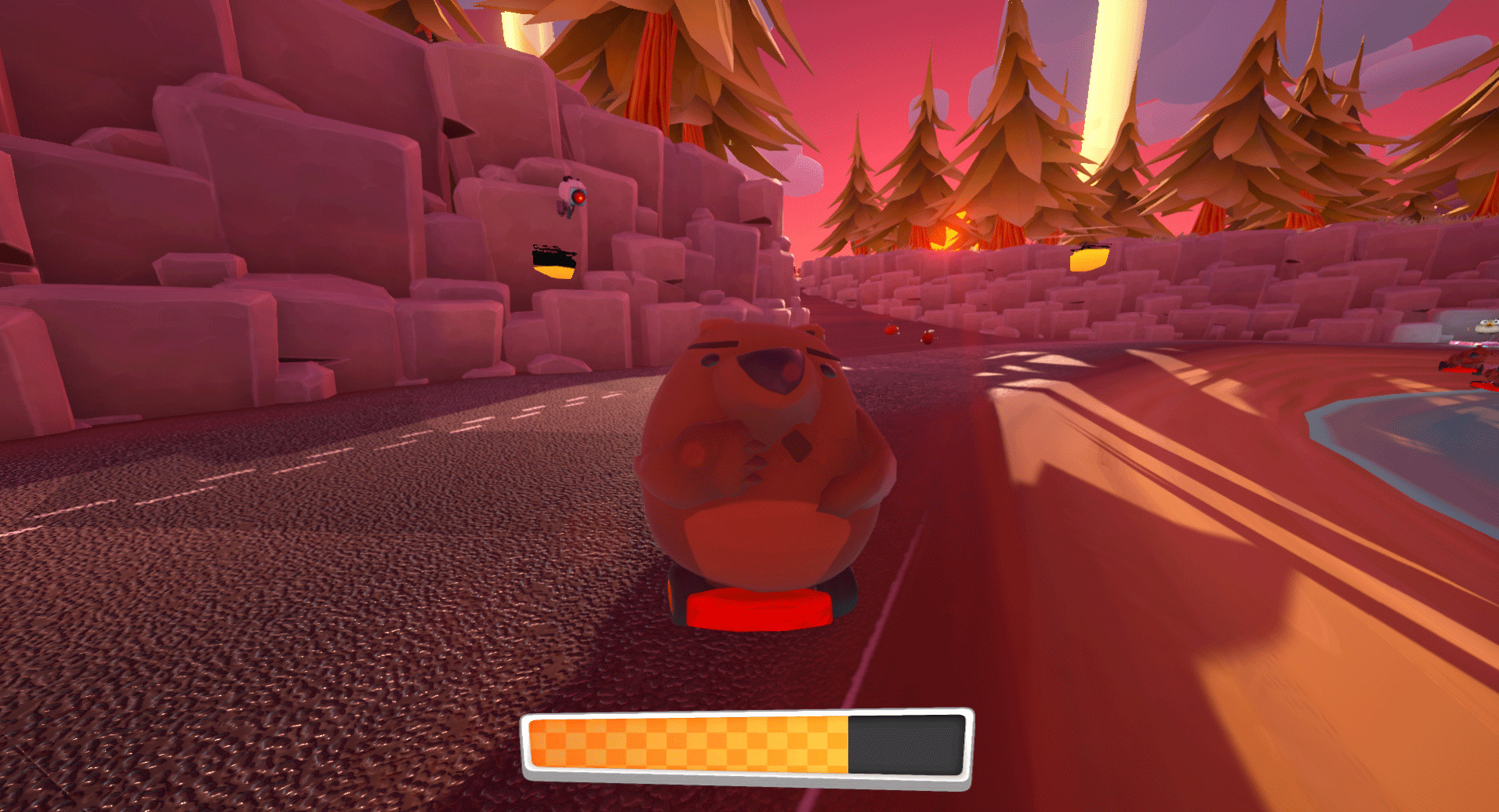 I really wanted to give this game a fair shot. I have relatively few racing titles in my Steam library, compared to other genres. Even less so, related to cuddly animal-driven karts. It is cute indeed but I cannot judge a game based solely on its looks. As soon as I started the game, I was baffled to find next to no way of actually seeing what graphical changes can be done or even an in-game glossary of the key bindings. All it showed were the symbols off console controllers and as soon as I pressed the ESC key, the game simply closed down and I was back to my desktop. Bears may drift, but we got off on the wrong foot right over there, buddy. I decided to let that one slide since I really did enjoy the near-minimal looking art style, the diversified scenery and even the number of bears/racers you can choose from. But I was taken aback soon enough when I tried playing on Bears Can’t Drift!? Hard Mode. You see, once you start-up the game, instead of going to the Hub (as the developer calls it) and selecting a bear and game world, you have to choose the difficulty by actually reaching a hub with your red kart (too bad you can’t change its color too). The Easy and Normal stages are a breeze, but lemme tell you of the Hard one. I tried for at least 20 times to jump off a cliff and reach the other side, only to crash less than a meter away from my target. That’s all it took. If only that cliff was taller. Still, I play on Normal on almost all my games so I had to settle for it. I made the right call, since the driver AI was very responsive and quite feisty. Absolutely nothing wrong in it. I throughly enjoy good AI in my racing games. Speaking of the Game Worlds I mentioned earlier, you can choose between Woodland, Asian and Arctic settings. Each filled with racing opportunities, time trials or a sort of picnic collection type of game which I presume would be enjoyable, if you play with 3 of your friends (we all know how well Mario Kart treated friendships, right?). Truly, the racing part of the game feels great if you overlook the inability to set your own controls. It even features power-ups to help you speed up or hinder your rivals during the race. It is only a decent title and that is what bothers me most. It could have been much better with what I perceive as, minor adjustments. 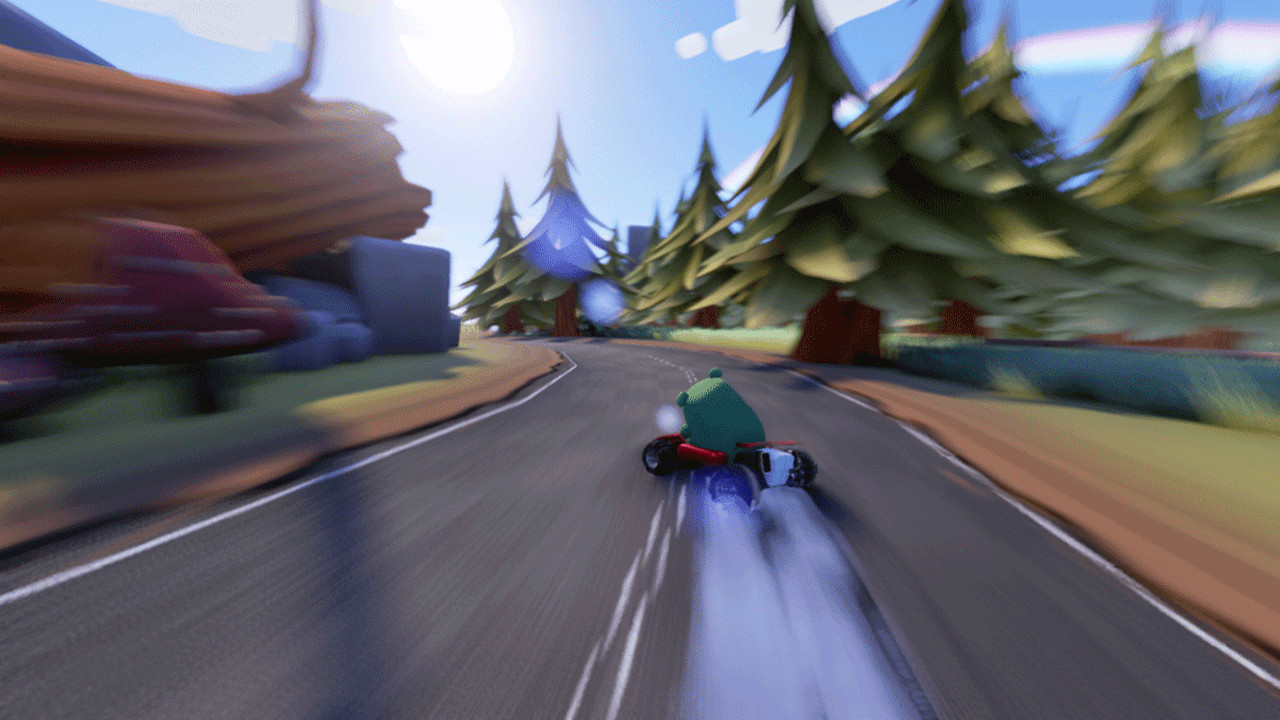 I’m going to be a little technical now. My apologies if I will bore you with some details. The game has an atrocious options “panel” with overly simplistic settings which you cannot actually tweak. You might think I’m exaggerating but I had to inspect the screenshots I took for this title, in order to know what resolution it runs. 2194×1234. Ironically, this weirdly out of standardized proportions resolution is seen as 1920×1080 in-game and even then it does not allow me to change it in any manner, lowering or increasing. I’m not going to beat my chest over absolutely having to play the game at 4K (though I did attempt several ways, even by Set Launch Options and /width=3840 /height=2160), but it did have the option for 2K natively (2560×1440). Totally useless though since it never actually changed it in-game. Great job dev team! 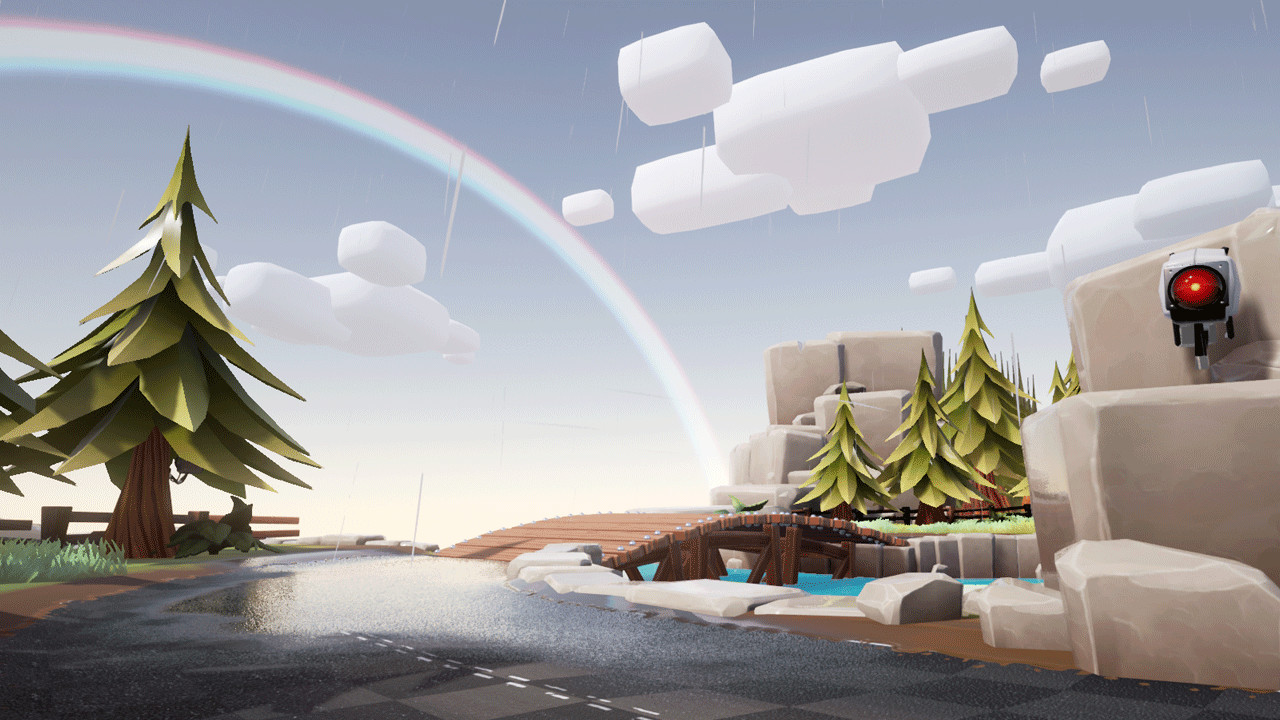 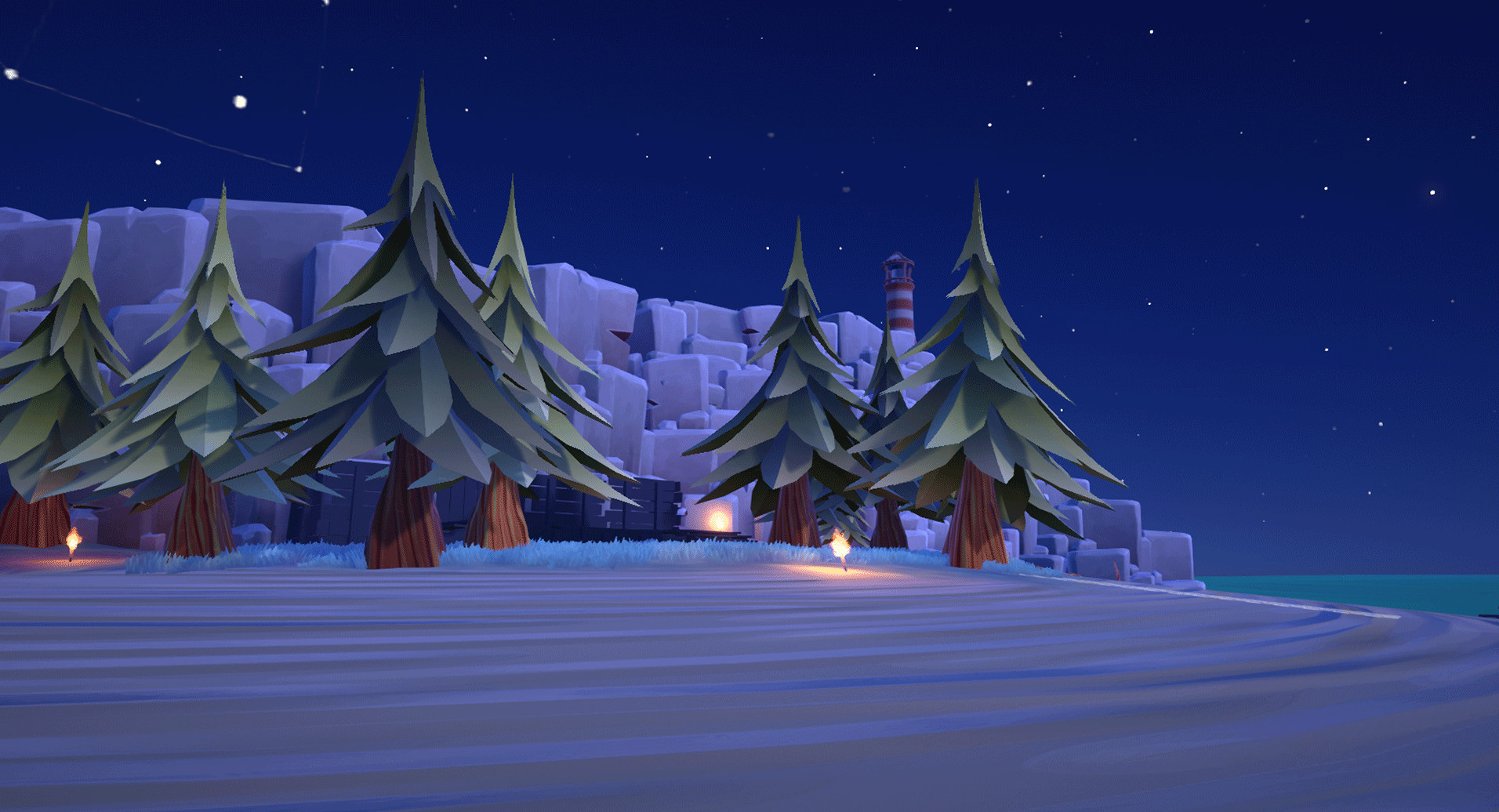 Bears Can’t Drift!? feels like it never left Early Access. Not having rebindable keys and with a barebones settings menu, can be considered almost sins as far as PC video gaming is concerned. It’s also known as a “bad console port” but the funny thing is, the PS4 version for this game has been even more critically panned. If the racer AI wouldn’t have been decent and if the game didn’t use the Unreal Engine 4, I might have rated the game below 60 and thus stop recommending altogether. In truth, even if I read on its store page that it had its final update on June the 1st 2016, nothing is really “final” in gaming. Not when you have to make things right. So, never say “never”.