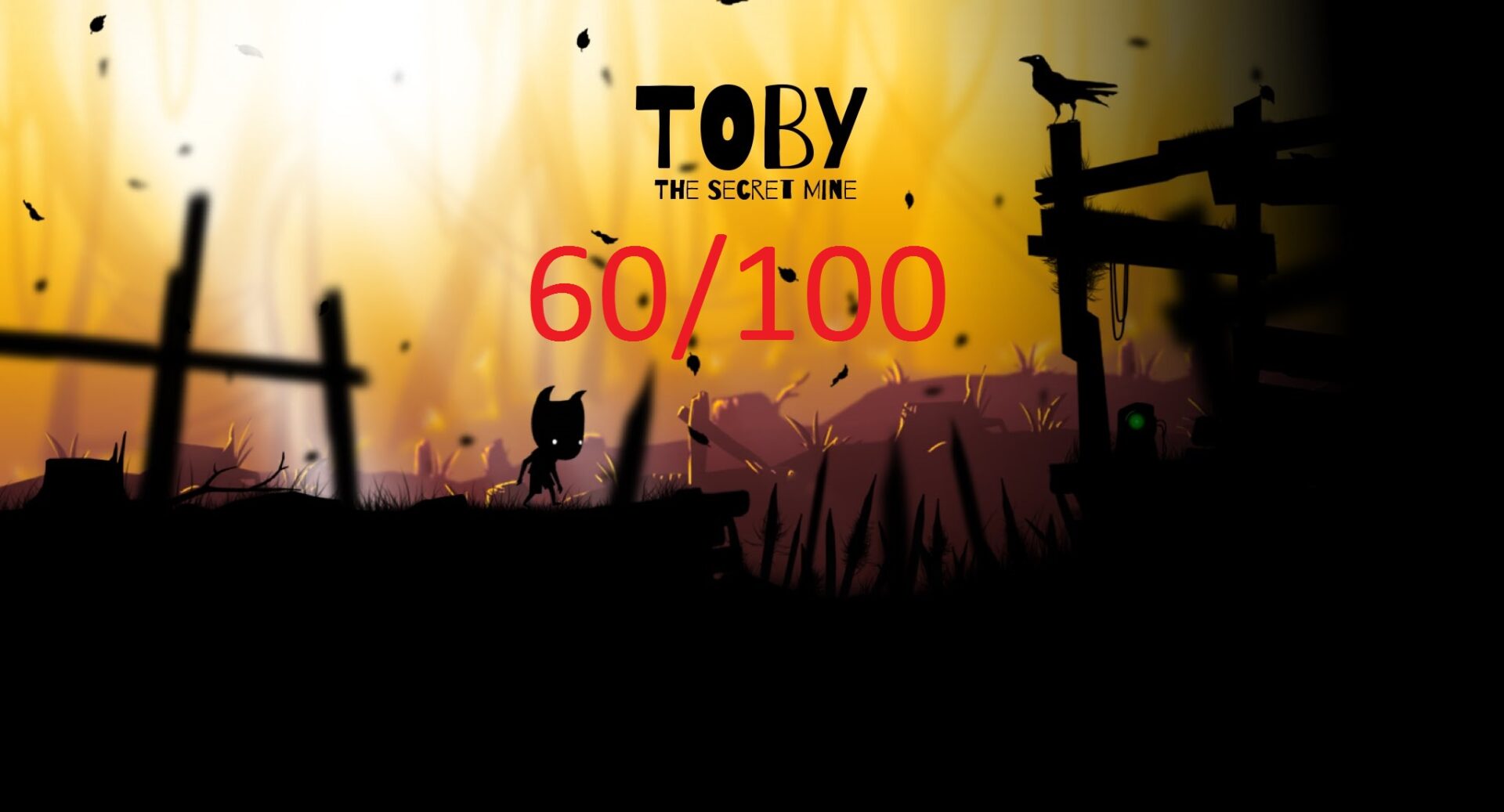 REVIEW: TOBY: THE SECRET MINE

I can’t really remember a time when 2D platformers weren’t popular. And honestly, I can totally understand why everyone loves them so much. They’re as barebones as they come, but they’re fun and they help remind some of us of a time when games were a lot simpler; a time when games were about Italian plumbers jumping over mushrooms to save some lady in a pink dress from a dinosaur. Playing one always makes me feel like I’m right back at the beginning of my years playing games. They’re that warm, familiar place that feels like home. However, sometimes that place can feel a little too familiar. Sometimes you need to add something new to break the monotony, like remodelling the kitchen or putting a swimming pool in the living room.

When you take that analogy and apply it to games, it definitely makes sense. Despite how comfortable 2D platformers are, they need to feel like they’re doing something different. They need to put something new on the table otherwise, in my opinion, they aren’t improving. This is exactly how I felt about Toby: The Secret Mine. Yes, it’s everything a side scrolling platformer should be and always has been, but it fails to do anything that sets it apart from rest of its ilk.

Let me start by saying that there are quite a few things I do enjoy about The Secret Mine; its artstyle being the thing I liked the most. It was the first thing I noticed when I started the game and it only took me a few seconds to come to the conclusion that I loved how it looked. The black foreground on top of the warm coloured backgrounds looks great, and I couldn’t help but question why the world in Toby: The Secret Mine looked the way it did. The game doesn’t have much in the way of a narrative, but the fact that I sat there coming up with my own conclusions as to why there was a desert filled with pipes and giant skeletons means that there was definitely some thought put into the artstyle. It’s dark, a little depressing but also quite beautiful, and if I had to recommend the game based only on the way it looked I might be tempted to do so.

Like any 2D platformer, Toby makes use of a lot of puzzles. I’ll admit, puzzles have never really been my forte, but despite my general ineptitude I will say that some of them were really quite engaging. What’s great about a lot of these puzzles is that they’re environmental. There is nothing I find more tedious than games resorting to mindless minigames instead of making the player engage with the environment.

On those merits alone, you wouldn’t be wrong in saying that Toby: The Secret Mine is a very solid 2D platformer. However, despite it having good foundations, it does very, very little to stand out from its counterparts.
First, it doesn’t really bring anything to the table that other games in its genre haven’t done already. It’s a very typical run, jump and push-your-way-to-victory affair, and while that isn’t necessarily a bad thing, it would be nice to see more games like this try something new and dare to be a little more innovative. And that goes from more than just the gameplay. Level design too, could see a little more innovation. While the levels do look beautiful, playing through them is like taking a leisurely stroll through your garden: you’ve been there before, so why would you need to go there again?

Even the artstyle, despite how cool it looks, is also treading over familiar ground. Some of you might have played Limbo, and I’m sure those of you who are familiar with it might see a little something of Limbo in Toby. That’s partly because the artstyle is practically identical to that of Limbos. Yes, Toby makes use of more color and there are some levels which are almost completely white. But I can’t help but feel like they too a little too much inspiration from limbo.

I also found myself getting quite frustrated with Toby at times. I’ve always said puzzles were never my strong suit, and while some of the puzzles in Toby were very interesting, I felt like the only way to get past them is through trial and error. While that might be a legitimate strategy to solving some problems, I personally find myself losing patience. On top of that, there are so many things that’ll kill you before you can even see them. While I can appreciate that those hidden killers exist to torment those who aren’t paying enough attention, I can’t tell you how frustrating it is to solve a particularly tricky puzzle only to get killed by a spiky death platform that killed you a few minute earlier. What’s worse, is that it always kills you before you even realise it’s there.

The thing that really compounds this problem even further is how stodgy and slow the movement feels sometimes. It doesn’t feel responsive enough for a game that demands precision, especially when you’re trying to jump on small platforms or time a jump with a fast-moving object.

Despite the trial and error nature of some of the puzzles and the stodgy movement, fans of the genre will definitely enjoy this game, but I can’t help but feel they’d end up forgetting about it fairly soon after completing it; because while Toby is a solid platformer, it doesn’t put anything new on the table.