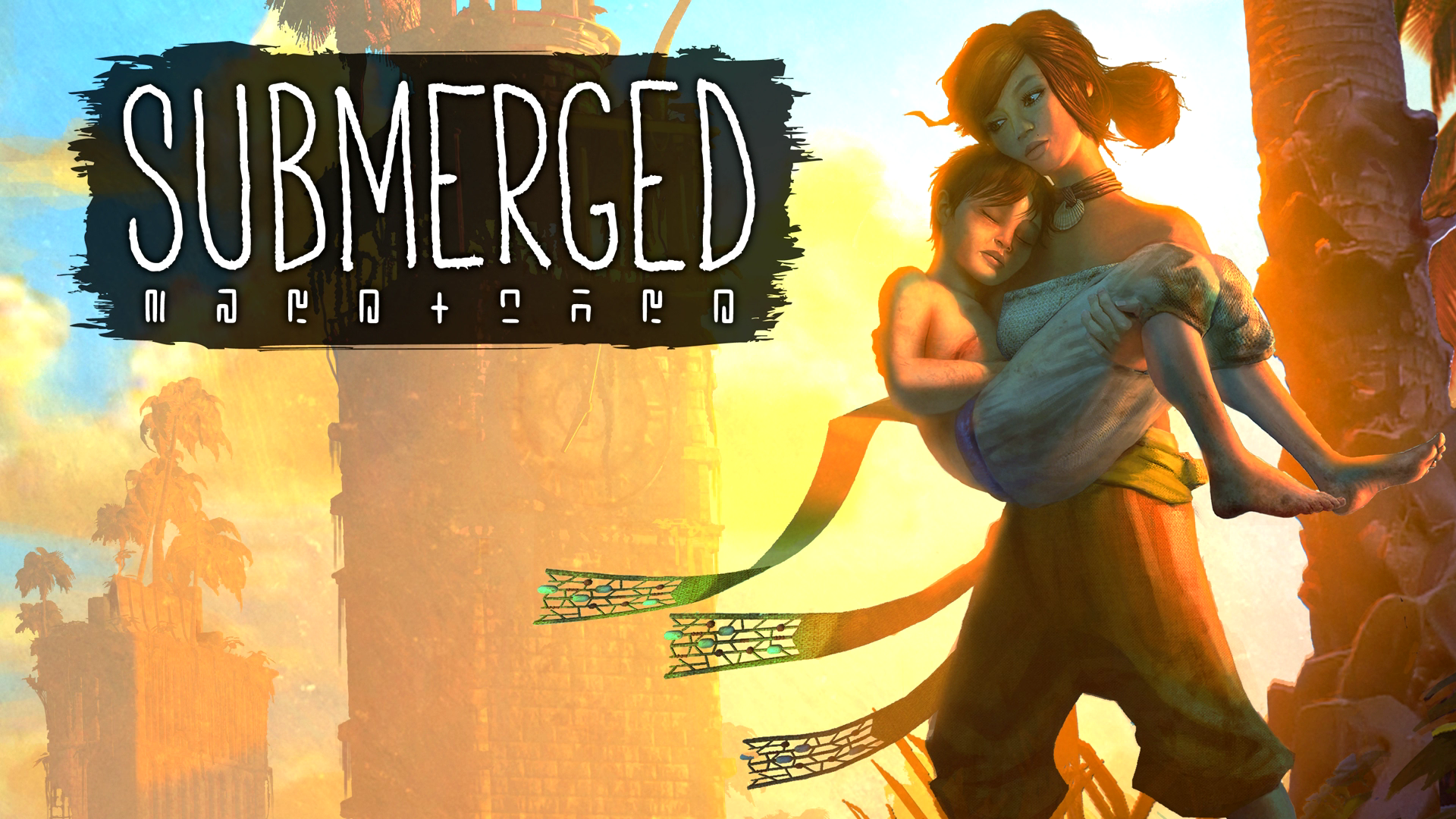 Set in a drowned city where only the peaks of highest skyscrapers are reachable, you take on a role of Miku, a young girl in search for medication to cure her younger brother’s illness

Absolutely nonviolent, Submerged presents no real enemies, no combat systems, no quick-time events, and not a single way to die. The worst consequence you could expect for miscalculating was having to double track a longer route. Having that in mind, and with the game’s easy-going atmosphere I was able to immerse myself completely in Submerged’s remnant world.

Despite the lack of combat and “bad guys” you are not alone in this crumbled world, as many sea-dwelling animals accompany you along the way, as you progress with your trusty motor-boat in search of medicine, and other optional collectibles. And it really is a joy to ride in your boat, and explore the seemingly bland world around you learning its secrets and backstory along the way. Almost everything you collect is depicted in unique and easy to understand pictograms, as there is virtually no voice or text in Submerged. And those pictograms are created very well, leaving you to draw your own conclusions as far as your imagination can go, and at the same time clearly depicting what truly happened to the once glorious metropolis.

The sense of mystery is ever present, you can really feel it as days go by, weather changes and some strange looking, almost rotten-looking, folks start to show up. That atmosphere is what really gives Submerged some distinctiveness in comparison to other exploration games.

The world looks good, actually amazing sometimes like in sunny dawn for example. Water textures especially. You wish you could just jump out of your trusty boat and explore the depths beneath the waves, but because of reasons described in the story it is impossible and unsafe. It’s a shame though. One thing I really did not enjoy when it comes to world design is that sometimes streets feel familiar even though you never been there before, and you feel that very early in the game. But, I guess it is just a try to make the game as immersive as possible, and I appreciate that. Closer inspection reveals some more sloppiness in minor forms, but I won’t be drawn into enumerating those minor details now, because in overall experience they are irrelevant.

Story-wise Submerged offers a lot of emotion and you feel conected to Miku and her sick brother really early in the game. Heart-warming and mystic is a rare storytelling combination in modern video games and maybe thats the reason why you’ll never lose your interest in it. As you collect more and more medications, cure and helpful equipment you will start to get more and more involved in the process of collecting those collectibles for a pure reason of learning more about the city, it’s dwellers and ultimately Miku and her brother.

Gameplay boils down to a lot of climbing and even more boat-riding, actually that’s all there is to gameplay, in absence of combat. It is all well made (with few things cleverly masked khm), even though you will sometimes ask yourself “where does Miku gets the strength for climbing a tower?!” as she is just a little skinny girl, with a cough, who is climbing tall building with narrow ledges in a manner of a Assassin’s Creed character. Well, we can just leave that to our imagination I suppose.

Climbing itself is a linear andstraightforward affair, sometimes with few surprises along the way. Some puzzles or alternative routes would be great to have, and that the other important thing Submerged is lacking. It would surely get some extra hours of gametime if puzzles were included, if nothing else, cause game is a short adventure altogether.

Submerged tries really hard to fill you with curiosity, and most of the time does a good job at it. Although it is an unchallenging experience, occasional beautiful visuals and nice soundtrack make you want to see what’s on top of a next skyscraper, what secrets does this ruined world hold and what will happen to you little brother. Even though I occasionally found myself wishing for a more polished and complete world to explore, Submerged is a world worth exploring.

–  touching story and the way story is told

–  overall lenght of the game