Sunshine Manor tries to be unique by mixing a lot of commonly found genres with exploration as its focus.

Sunshine Manor is a prequel to Camp Sunshine, a horror adventure game about running away from a killer bear on camping grounds. The prequel tries to break the horror element, introducing more gameplay to make it more focused on exploration, fighting enemies blocking your way if necessary.

A lot of work has gone to the visuals. The in-game art might look simple at first glance, although you can see the details that are being put in each dungeon. Despite having the same dungeon layout, all dungeons revolve around a specific theme in mind, letting you see the whole area in a completely new look. Moreover, new enemies and bosses that are introduced in each dungeon are also tailored to the theme.

To be honest, I didn’t find much correlation between this game with the sequel, Camp Sunshine, despite having played it before starting this game. The only connections that I found between both games are the introduction of one character and the cutscene that is being told at the end of the game. The mystery that was causing the whole incident on the sequel might be related to this, although the game never tells it in detail.

There isn’t much to be told to the story either. It’s Halloween, and you and your friends decided to explore an abandoned mansion. The rest of the story will be told after you progress the plot, giving the way for the final boss to shine. The game never goes much into details on everything, whether the antagonists or what happened to other characters. 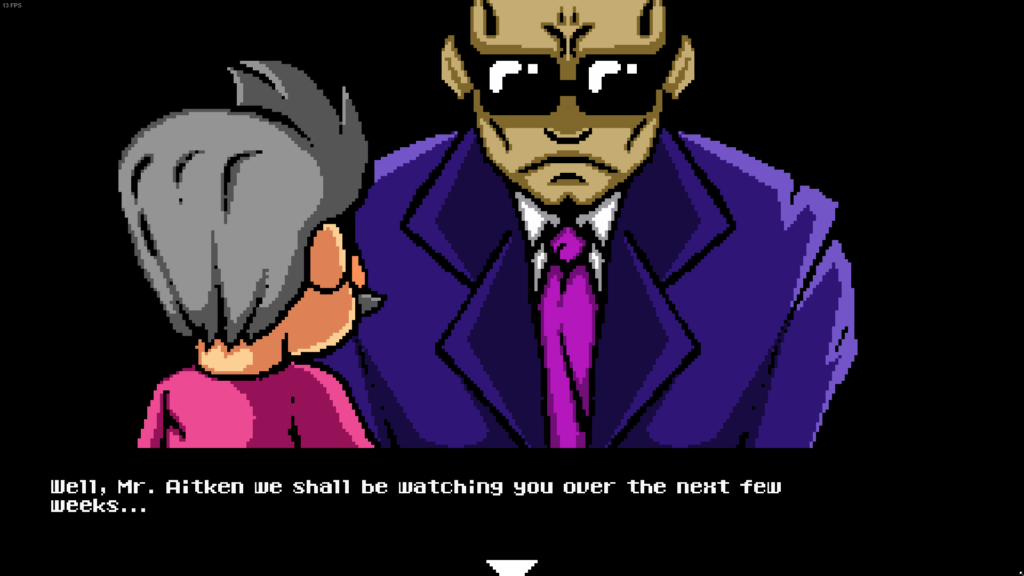 If you are looking for more lore, tapes are available to find. To be honest, I only found one throughout my playthrough, which might be the reason why I didn’t get much about the story. The tape that I found told me about the mansion owner way before the incident happened. However, everything is told by voice. Don’t get me wrong though. The sound is clear, but since I suck at listening, I didn’t get everything that was said. Moreover, you can’t replay the tape after you play it, so you might want to save your game before listening to it to hear it again.

The game still has fetch quests like its predecessor, albeit with more variations. Fetch quests will be the trigger of your travel to the other dimensions, letting you explore a dungeon with a certain theme. Two of them still revolve around fetch quests, although enemies will also be positioned for you to fight.

The character’s walking speed is very slow. You can dash to speed it up, but the bar that you use to dash and attack is shared, so you must keep it available in dangerous places. It can be taxing to re-explore the mansion several times after you finished a dungeon to find new fetch quests and secrets because of it. 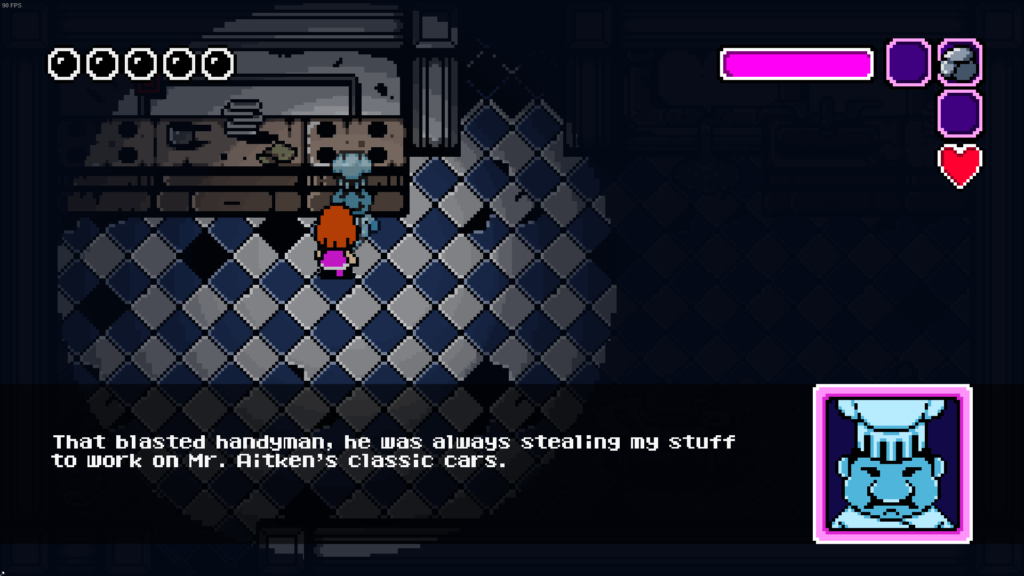 You can attack enemies, but killing them takes time. Most enemies require more than one hit to kill, and there is a long delay before you can attack again. It takes time to wait for the cooldown, especially when there are a lot of enemies to kill. Furthermore, there are also enemies that can’t seem to be killed no matter how many times I attacked them. This makes it useless to fight the enemies unless if you want to clear them out in case you forgot about them when you revisit the area.

Despite having varied mechanics, bosses are passive. You don’t need to have an insane reflex speed to dodge their attacks – it’s up to you to remember their attack patterns and when to hit them. People who are too used to playing difficult action-adventure games might find the boss to be boring, especially since some bosses can take time to kill. I still enjoyed the variation though. 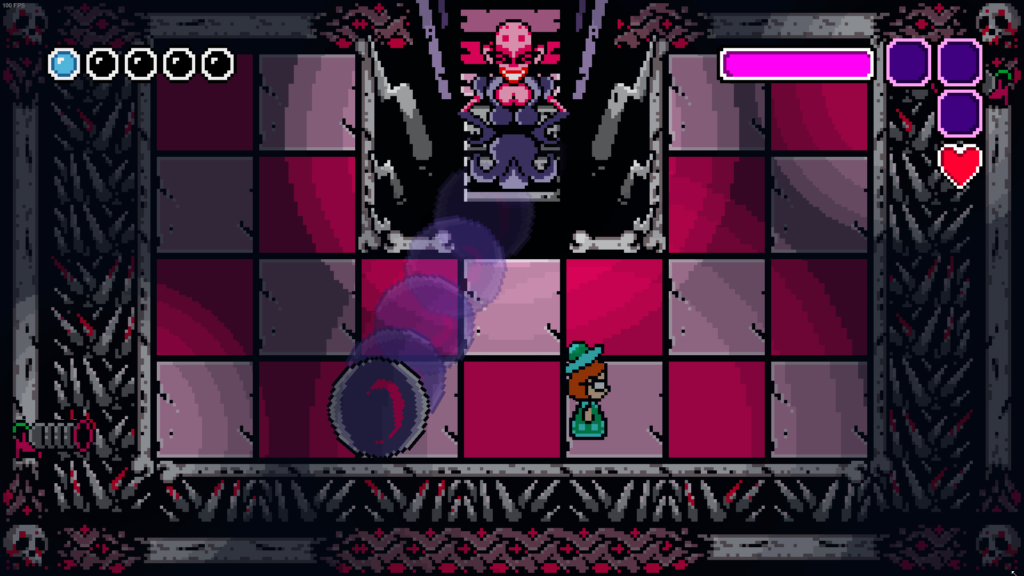 I restarted the game from the beginning after playing it for 2.1h since the game softlocked me. There are a lot of rocks that you can pick up in the mansion, although there is no way to remove them from your inventory. It doesn’t take long before I reached where I was at though. I finished the game in 4.1h, although judging from my earlier playthrough, it’s safe to say that the game is 4-5h long. You can also finish it faster if you don’t care about achievements, which doesn’t work at the moment, since I attempted to beat all dungeons without losing any health. However, I didn’t find all secrets that the game has since I’m not in the mood to interact with all objects to get them.

As for the difficulty, the game is mostly on the easy-medium side. The third dungeon might give you some problem with its platforming segment though. I even died several times on my playthrough due to the lack of checkpoints. 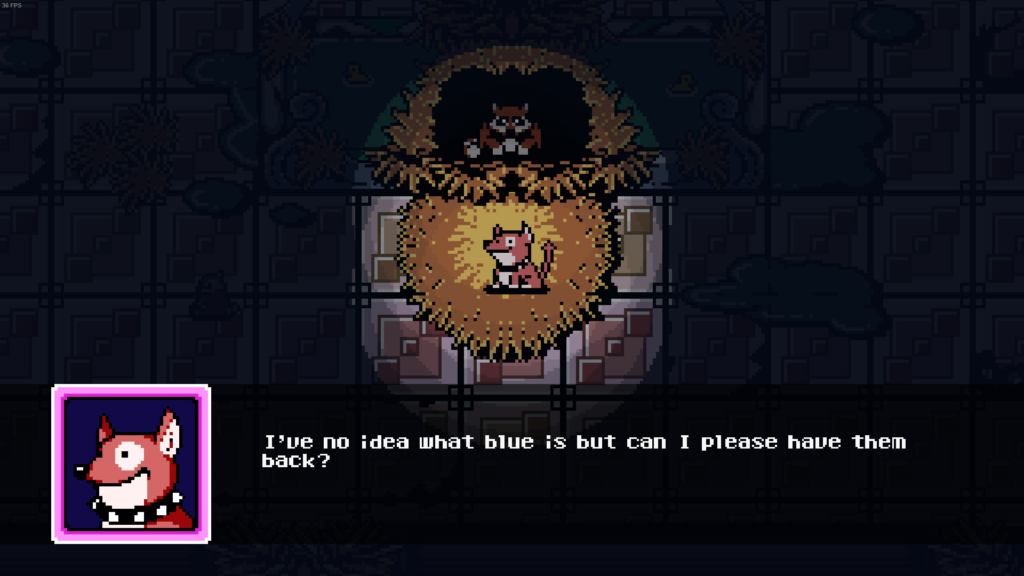 The game lacks a lot of QoL features. There is no keybinding, and the default control scheme is not friendly to me. I keep on forgetting which button to press whenever I wanted to attack or simply talk to an NPC. The game also causes problems in 140Hz monitors. I had to change it to 60Hz in the third dungeon because the game takes up too much memory, making the game unplayable. Lastly, the load game interface in the main menu is buggy. You can return to the main menu after loading your save, and the game will still remember this option if you choose the load game button, showing two pointers on both the “return to the main menu” button and the first save file. All issues are already known by the developer, so they should be fixed soon.

Sunshine Manor feels like a mix of various genres to me: there are fetch quests that are commonly found in adventure games, boss battles that require you to think to beat them, and 2D platforming segments that can be tricky to traverse. The horror elements are toned down in this game, surprising you with the sudden appearances of enemies with loud SFX in some places. Although the game can feel odd from the lack of QoL features, I still enjoyed the game. It was fun to explore the dungeons, figuring out how to beat the bosses. I am always eager to see what the game has in store whenever I entered new dungeons, and it never disappoints me. I could recommend buying the game, although you might want to buy it on a sale because of the issues and length.