Ever feel overwhelmed in your daily life? Got too much to do? Time to try a balancing act here!

Full disclosure: I have not played Summer in Mara. This game is, from what I can tell, a sequel to it. Please note, it is also not completely required for you to play the other game in the series before diving into this one! Not having prior knowledge of the world and setting can make the first chapter, first act a bit stressful, but it’s not wholly unmanageable- there’s just an awful lot of names coming your way. Still, each character is colourful enough and different enough in design that if you’re a visual learner, (something I typically am not) you should have no trouble telling characters apart with a little bit of time. I didn’t, once I came to know each one by colour, job, clothing, and so on. 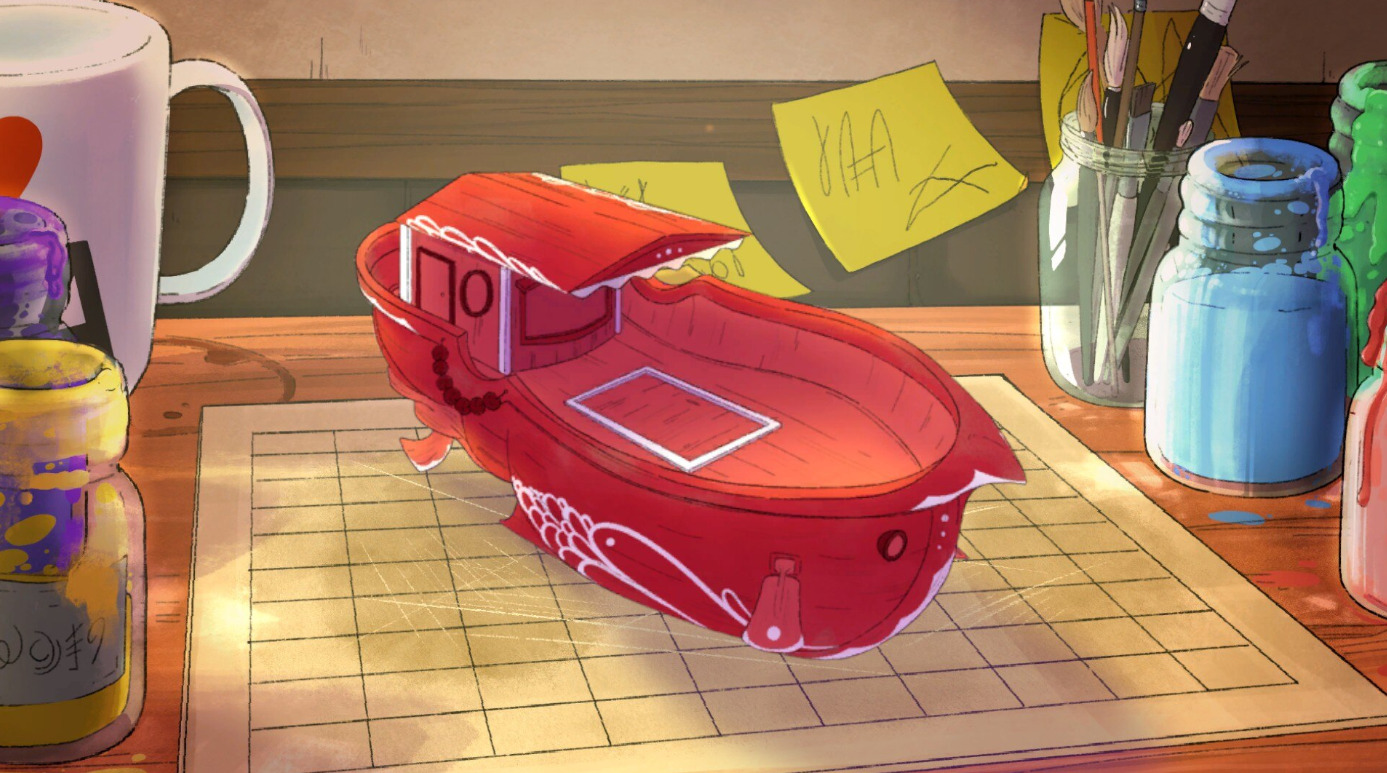 From my perspective, the story comes at you pretty quickly. The narrative itself isn’t all that hard to follow- the stakes are defined almost immediately. The first scene does, however, introduce almost every character you’ll meet right away, which I found to be a bit of a whirlwind. Still, we start off simple enough.

Our main character for the first chapter is Akaji, a smith and general sort of handywoman on the usually peaceful island of Mara. She is fixing a stove for a fellow named Taka, and his nephew, Brram, approaches to demand she come to the beach. Right away, it becomes clear that people go to Akaji for help of all sorts, as she seems to be reliable and competent to a degree that few other people on the island are, at least in a practical sense. 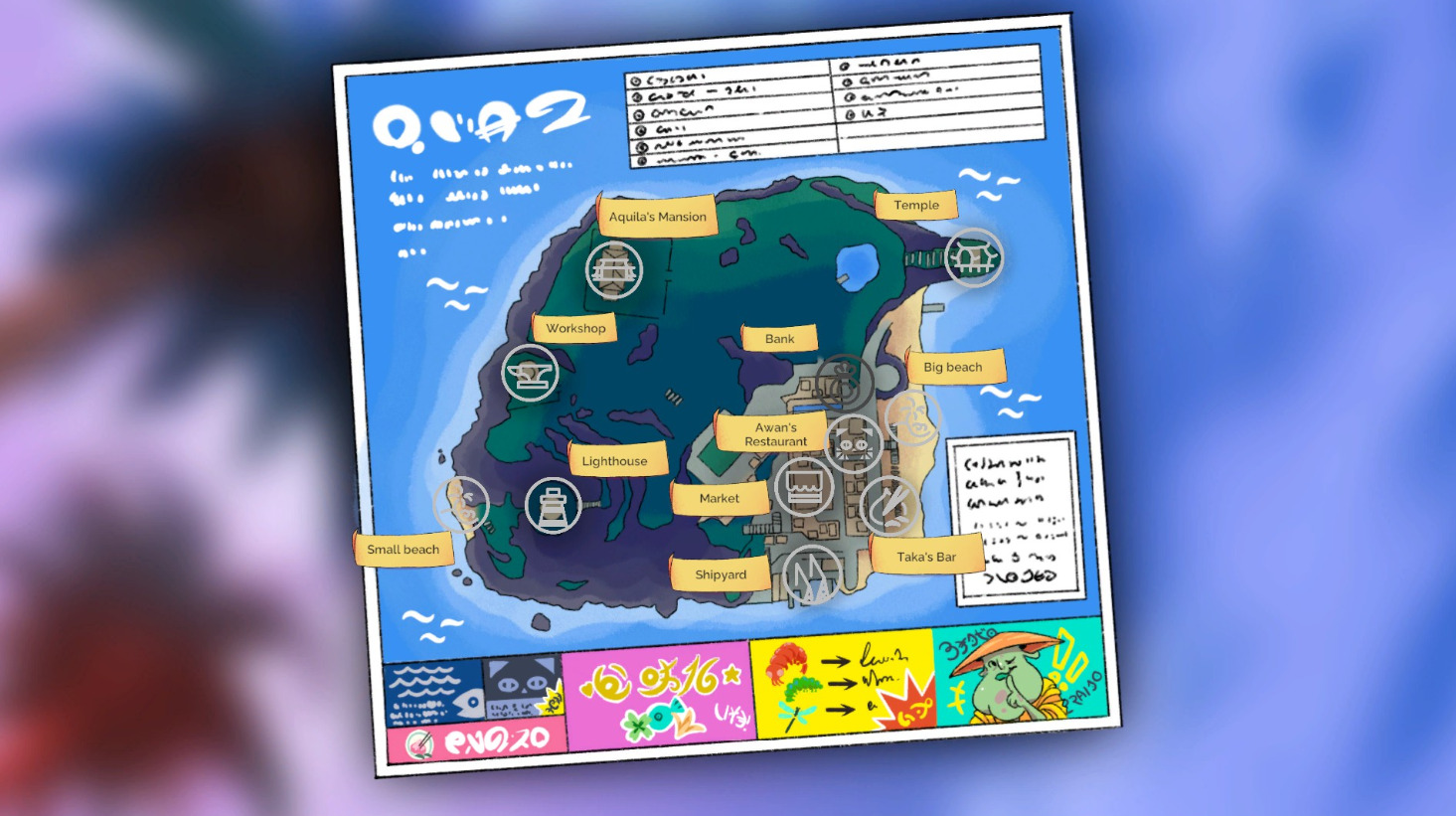 Once on the beach, we’re hit with all of those NPC’s at once, and given our main plot point: a ship has been found on the beach, damaged, and with the captain missing. The usual owner of the boat is a girl named Koa, who is a young adventurer. Akaji gets the option to be worried about the girl, though everyone else seems secure that she can take care of herself. The island of Mara seems to put a lot of faith into the children present, relying on them to take care of themselves despite pirates roaming and despite the ocean being ever-inscrutable.

I, of course, played my Akaji as a bit of a worrywart. Who wouldn’t be concerned about a girl who is missing with her ship destroyed? Was it a storm that did this? Was she captured? Was it some sort of monster?

Akaji is responsible not only for worrying about the girl, but also for managing a lot of fix-it jobs for people on Mara. Things aren’t as simple as grabbing things or repairing broken items- it’s important that she keeps people happy as well. Conversations are integral, and each character responds to things a little bit differently. They all have their problems and their short-comings, and even Akaji herself is struggling to find out what she wants out of life. Chapter 1 acts as a kind of crescendo, helping people out on the island before beginning to discover what may have happened to the girl. 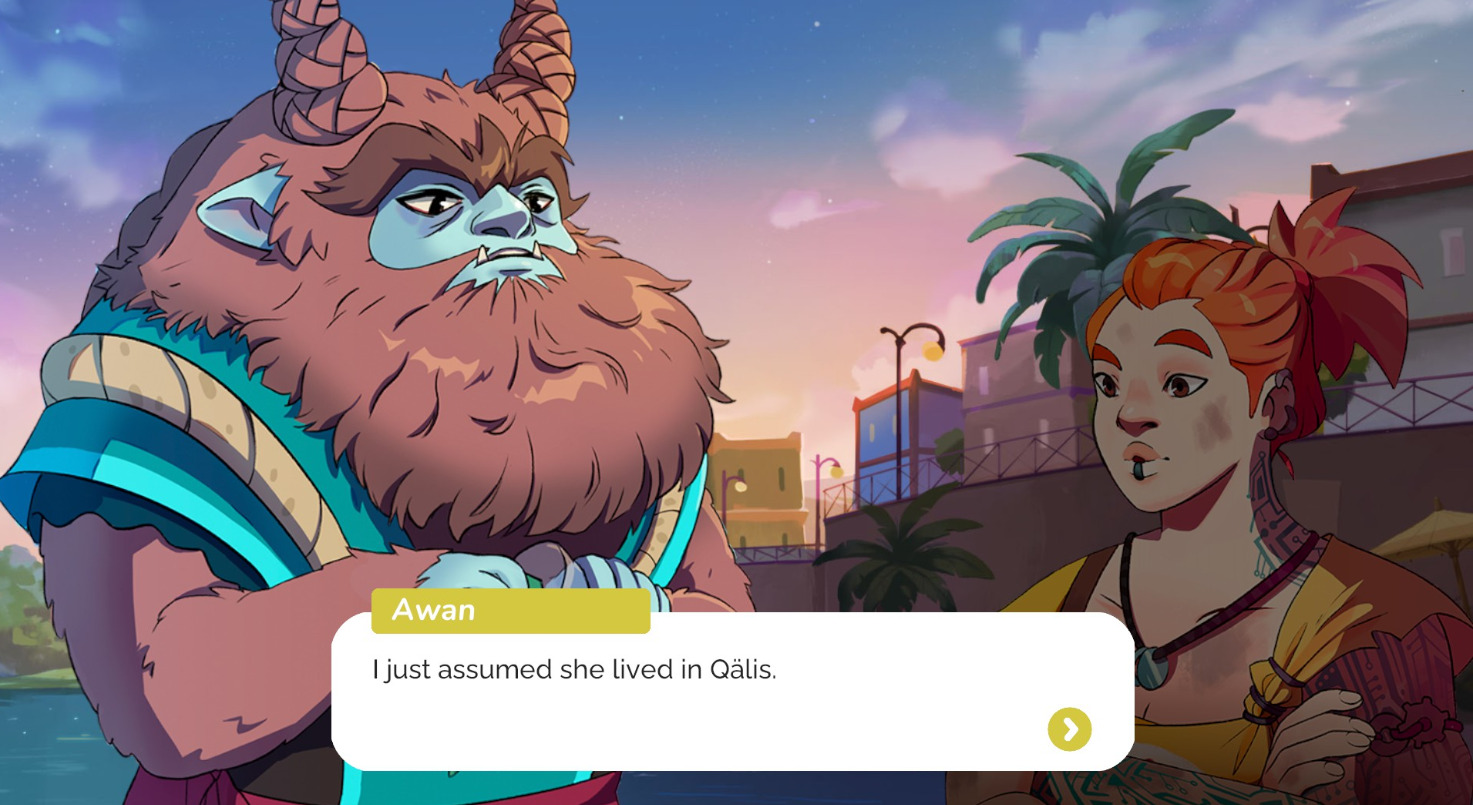 On the Steam page, the game directly quotes itself as inspired by Studio Ghibli films in visuals. The setting is very fantasy based, with all sorts of non-human creatures ranging from cat-people, to yeti-looking folk, to…sort of slime guys? They look slime-adjacent, at the very least. Each character is hand-painted, colourful, and wears intriguing clothes or has certain visual quirks and elements to their design that set them apart from each other. The game is a feast for the eyes, leaning into bright, tropical island colours and embracing the fantastical.

This is a visual novel, so the primary method of progressing in the story is a left click of the mouse button. That is, admittedly, as complicated as things get. Choices do matter in the game, but there are rarely more than two dialogue options at a time to use in conversation with other characters. Still, the two tree branches can lock you out of certain endings, achievements, and overall positive “endings” for each NPC, which means the decisions you make do still matter. 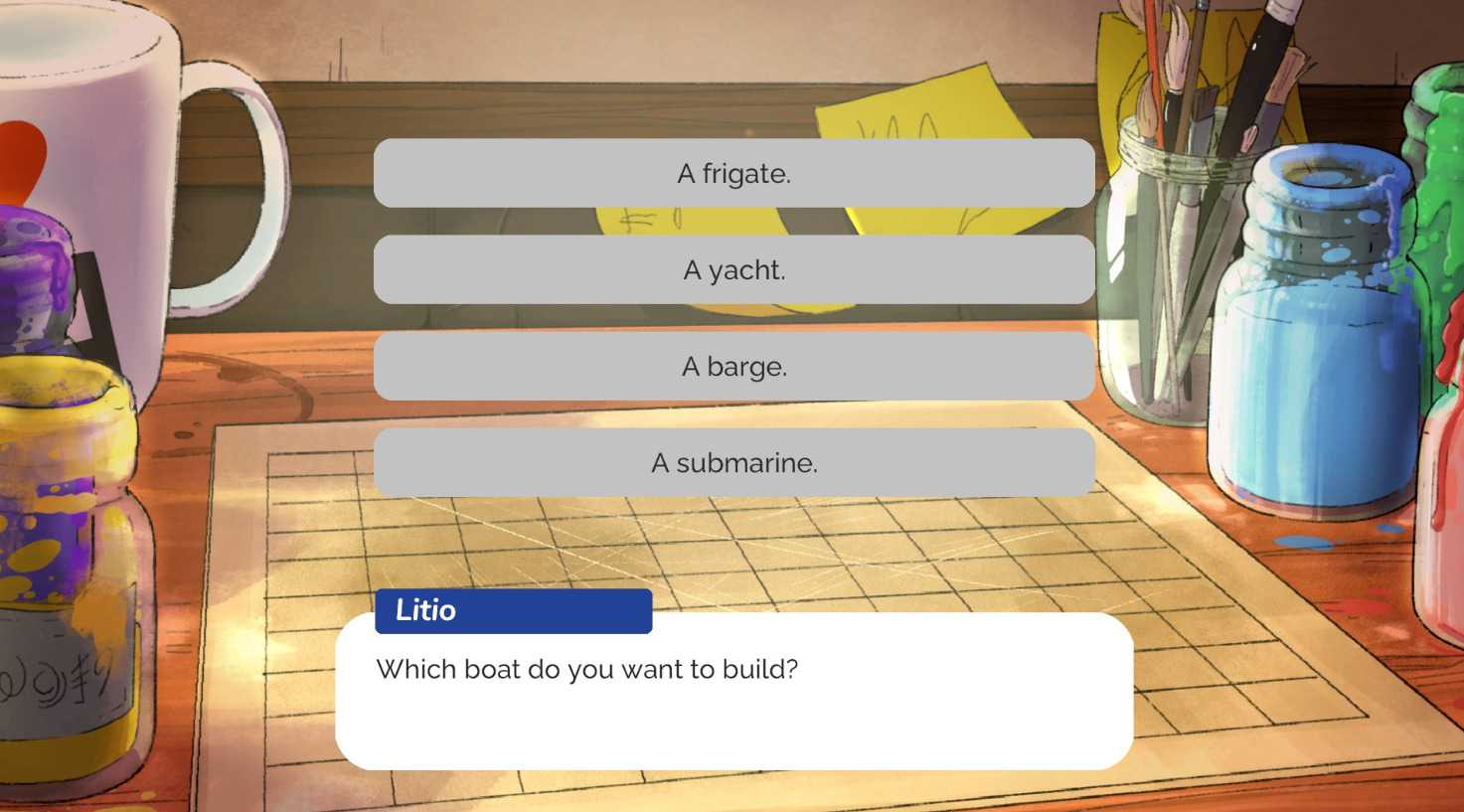 Dialogue choice does differ when performing one of the only other main functions of the game, which is building ship models. This gives you a variety of options, though you’re never really allowed to double-up on the types of ships you give to other people. If Akaji is making a ship for herself, she can make anything she wants, but for the requests from other NPC’s, things must be unique. You’re also only given certain paint colours, so certain types of ships and colours work for some people and not for others. You must correctly determine the models that suit people’s needs to get their “good” ending for chapter one, as well as following the proper dialogue options.

There are four more chapters to come for Stories of Mara, meaning the first leaves off on a bit of a cliffhanger. There’s a high amount of replayability unless you choose all the correct answers in your first run through, an outcome I find decently unlikely. While I feel like the story didn’t necessarily wow or grip me, I liked the characters well enough and found the journey and voice of the game entertaining. Also, the first chapter is free, which means you’re free to dip your toes in and experience the warm waters of this bright fantasy realm.