Papo & Yo excels at its subtle storytelling and breathtaking backgrounds. It’s more aimed at casual players who are looking for something magical in their mundane world.

Papo & Yo tells of a young man, Quico, that is going on a journey with his monster friend. It’s a journey full of wonders and imagination, filled with beautiful backgrounds as you play.

The visuals are not good if you look at them closely. Characters, both humans and monster alike, looks weird with their odd shape and rough details. The developer seems to know this and focuses on what looks best for them: the backgrounds.

The backgrounds, on the other hand, look stunning from afar. You’ll see a lot of stacked houses in the background that look great aesthetically, giving you the impression that there is a vast area waiting to be explored. The game also does a good job zooming out the camera in the areas that are looking best from a distance, which is always the case most of the time. 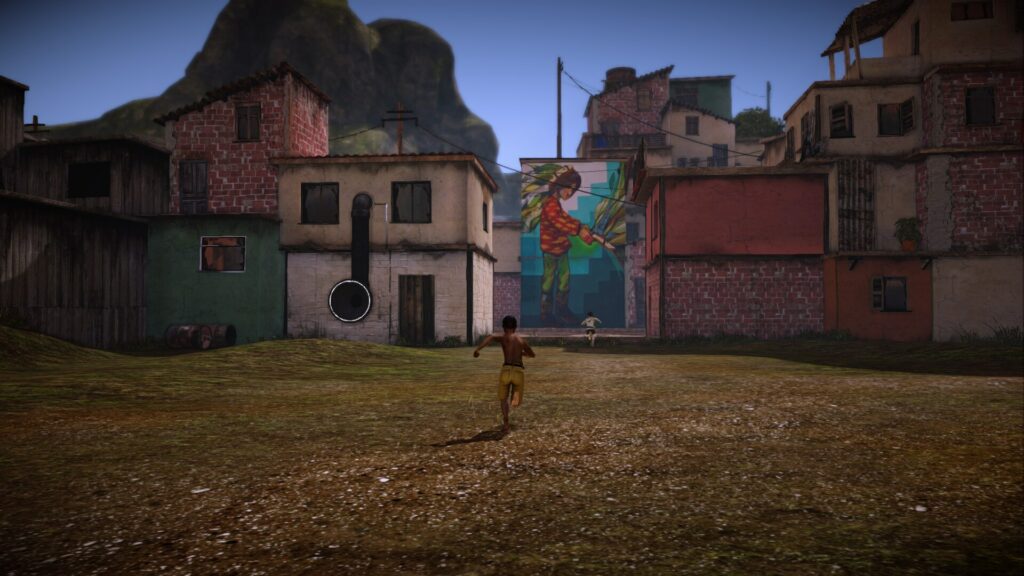 To be honest, I didn’t get the story at first. Most dialogues are told in a language that I didn’t understand, or simply gibberish. It wasn’t until at a certain point of the game that it starts offering a speech bubble for you to read. However, the design doesn’t blend well with the 3D textures and might be more suitable if it’s presented with subtitles.

The story isn’t meant to be told directly. Even after you reached the point where the characters are talking in speech bubbles, it doesn’t seem to progress anywhere at first glance. It wasn’t until the end that everything clicked, and that’s the part where it shines the best. The emotion, the fleeting feeling – everything suddenly swells up within me nonstop. Everything is still told in symbolism, leaving everything up to your interpretation.

Papo & Yo starts as a puzzle game where you have to interact with magical objects drawn in chalk. Gears can be clicked to reveal certain passages, levers can be pulled to split buildings in two, and so on. It looks amazing when I saw it for the first time, satisfying the inner child within me.

Some mechanics can be forgotten as you play. It starts simple at first, with you having to interact with the chalk-drawn objects. More mechanics will be introduced later on, allowing you to access areas that you couldn’t reach previously. However, I kept on forgetting the least used mechanic, namely the one where you can jump on the monster’s belly to reach higher heights, which is required to pass some levels. These mechanics are somehow being forgotten easily since the gameplay focuses more on interacting with the chalk-drawn objects and finishing the platformer section, which is introduced later in the game. 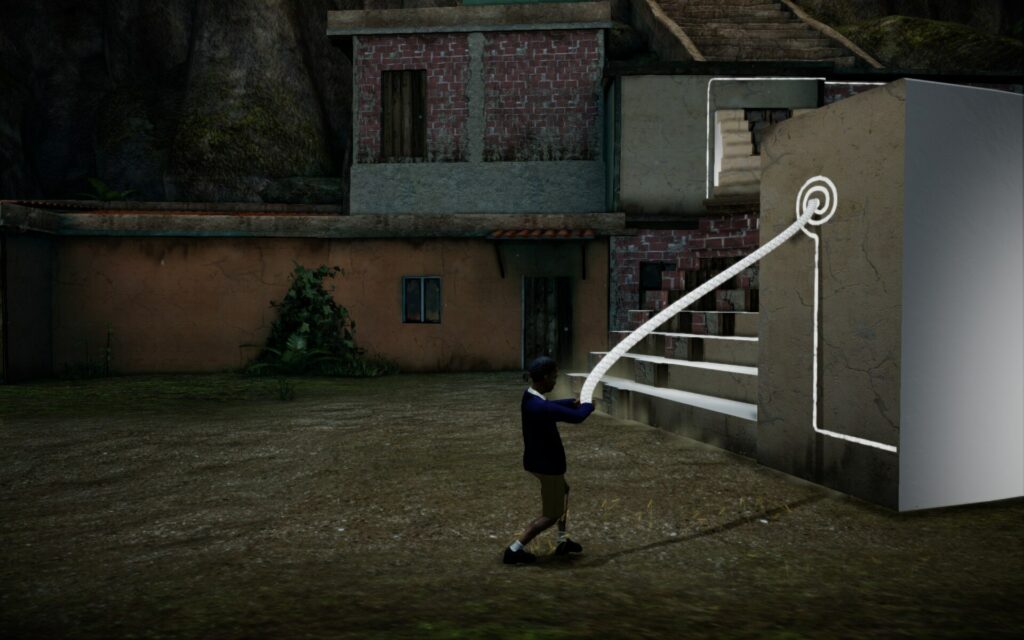 The fantasy world never gets old. Having to see such magically animated objects feels satisfying to me, and since the mechanic usually revolves around the same thing, you don’t need to learn a lot of mechanics to see them. You just need to interact with the objects drawn in chalks, and boom. The result that you get will be different as you play. I liked whenever the game tries to surprise me with a new “trick” from their sleeves.

I finished the game for the first time in 3.3h. You need to play the game twice to get all achievements, and while the game is quite easy to beat, you can get in trouble if you forgot some mechanics. Luckily, hints are provided at each level to help you.

The pain comes from the cutscenes. Some cutscenes are just plain useless, forcing you to wait for minutes for a certain object to move to its predetermined location. You can’t skip these cutscenes at all. Having to experience it for the second time in your second playthrough is not helping either. Fortunately, playing the game twice isn’t needed if you don’t want to get all achievements, although you’ll be able to appreciate the story more if you do it. I still don’t think it’s worth the second playthrough though. 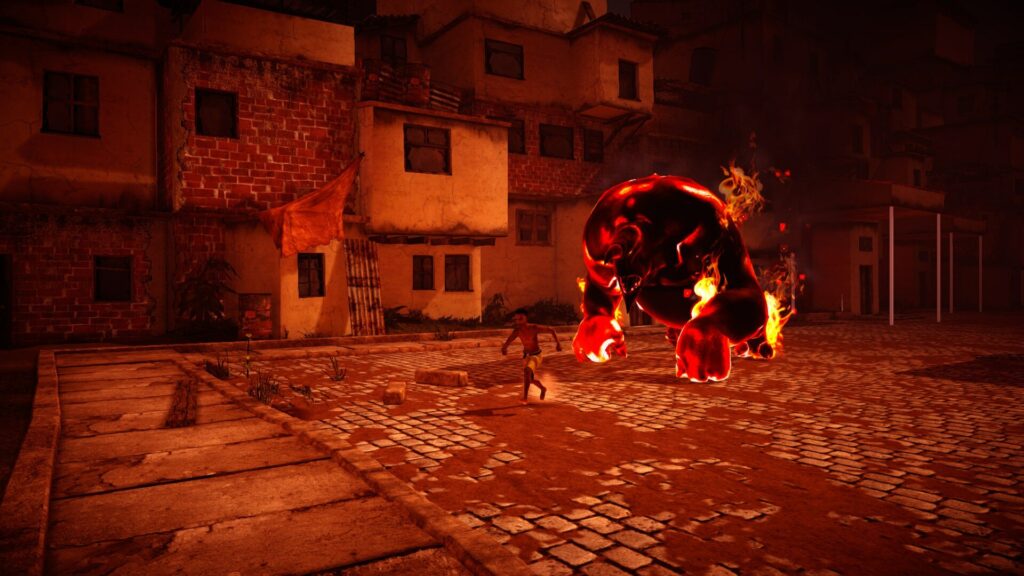 The game only saves at checkpoints and there is only one save slot.

Playing Papo & Yo is an experience that I didn’t expect, but it’s still something that I appreciate nonetheless. I thought it was just one of those mediocre platformers at first, but surprisingly, puzzles are more dominant, and if you want to put story and artwork in the equation, those two are what make the game shines the most. The game knows how to deal with elements of surprise, whether it’s from the magically moving environments or the story itself. However, since it only lasts for ~3h, the full price might be too expensive for some people, so feel free to buy it at a sale. If you are interested in picking it up right away, it’s currently priced for $1 at Fanatical‘s Guardian Bundle 3.