No need to decide between a 2D or a top-down game if it’s both.

When I came across Toodee and Topdee for the first time, which I can’t remember was due to randomly browsing Steam or when it was featuring its demo for a Steam game festival, I was intrigued. Well, it already got my attention with the title and it being a platformer, but it had a unique twist of switching between the 2D and top-down perspectives. And when I tried the demo to see how it played and how the levels will generally be like, I knew I had to keep my eye on it. And well, it’s now out so let’s see how it is.

We start from the beginning, where we witness the creation of a universe where all the different perspectives games can be in reside in their own little worlds. The creator, Aleph, soon comes across some problems. The first being stability, which was solved by creating a Semicolon; and the second being the unintentional creation of Glitches, which Aleph created an assistant named Toodoo so these Glitches can be kept track of so they can all be fixed later and to help out. But as Aleph came to only needing to create one more world, Toodoo became worried. As when Aleph finishes up the last world and finally has time to deal with those pesky Glitches, Toodoo won’t have any purpose anymore. So Toodoo, determined not to be thrown away, steals the Semicolon. Causing all of the worlds to collide into one. 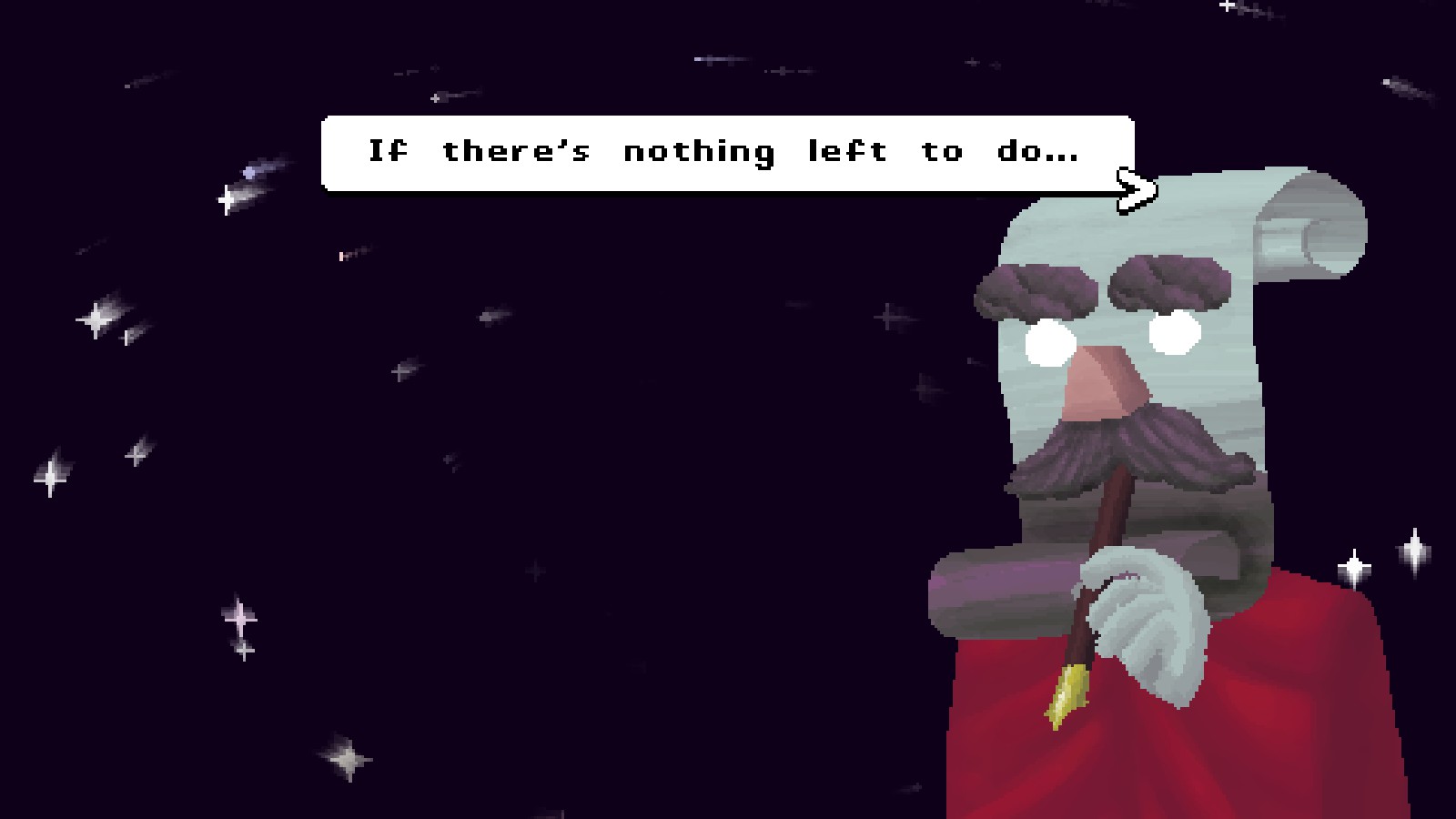 And this is when two characters from two different worlds meet. Toodee, from the 2D universe, and Topdee, from the top-down universe, against all chances gets put in the same area and after getting the news of what happened from a newly born Glitch, they decide to join forces and find the missing Semicolon.

The story here is pretty cute, well aside from the whole worlds colliding and terrible things are happening part. The dialog really hits that perfect spot for me where it’s cute, funny, and simple, but not so much where it harms the game either by being annoying or not properly conveying what it wants to. I looked forward to every cutscene as it never failed to make me smile as Toodee and Topdee talk to each other or to other characters. 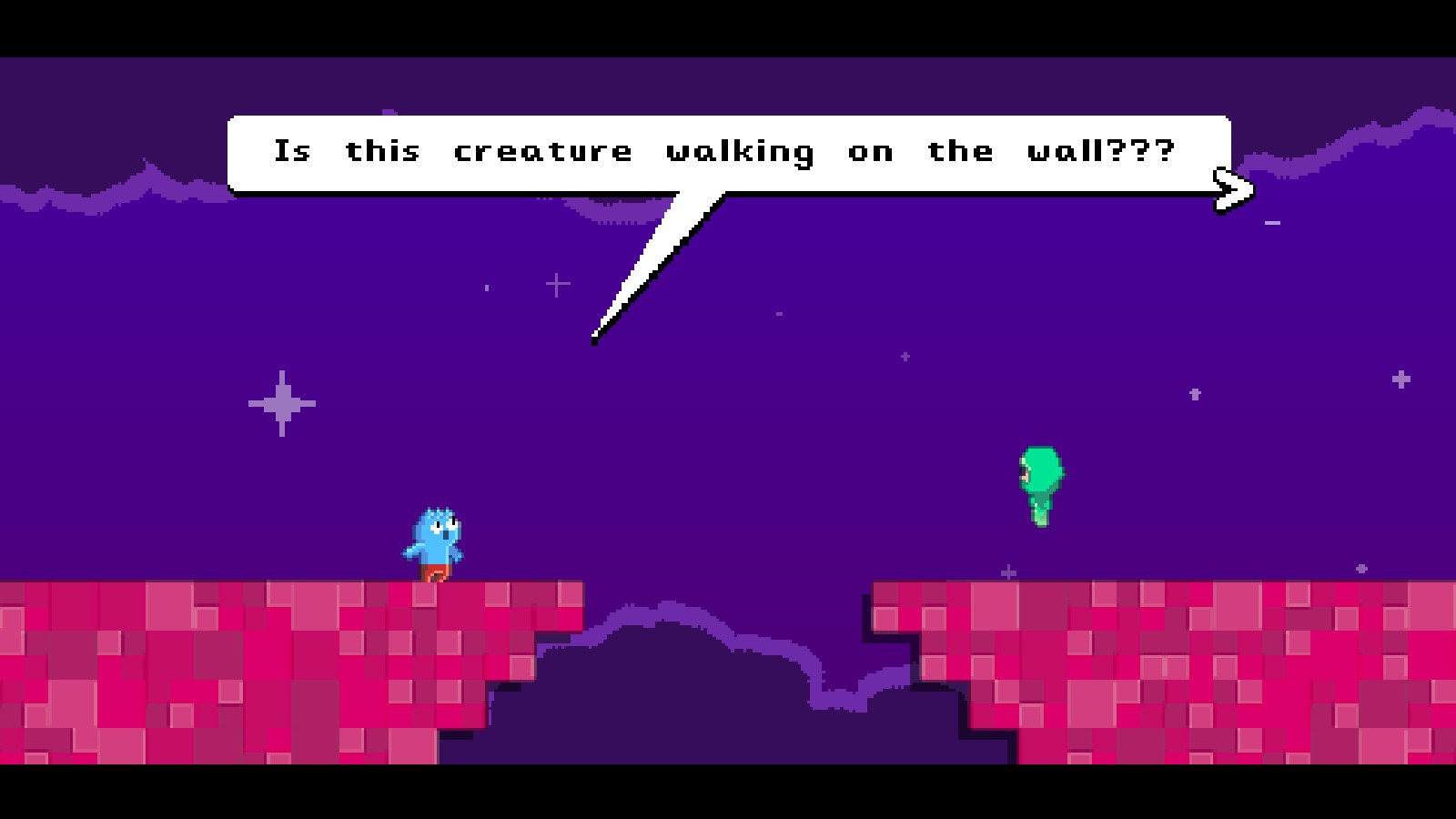 To find the Semicolon you’ll have to take advantage of both perspectives available to you by switching between both Topdee and Toodee. Both of them will interact with the world differently. Toodee is the platformer as he can jump across platforms and gaps, while Topdee can move boxes, but will need to use these boxes to create a bridge for gaps. Not to mention some aspects like boxes or the characters themselves will freeze once you switch to the other. The puzzles start simple, like having Topdee move boxes so Toodee can use them as platforms and grabbing keys to unlock walls, it does start to get more complex as more elements are introduced. Soon you’ll have puzzles that will require good timing to have a block drop and pause at the right moment, having you think about the order you do things in, or avoid deadly animals that go on a basic path for Toodee, but will full on pursue Topdee (and looking scary at that). And it will only get more difficult and complex to get both Topdee and Toodee to that level-ending portal as you get more levels under your belt. 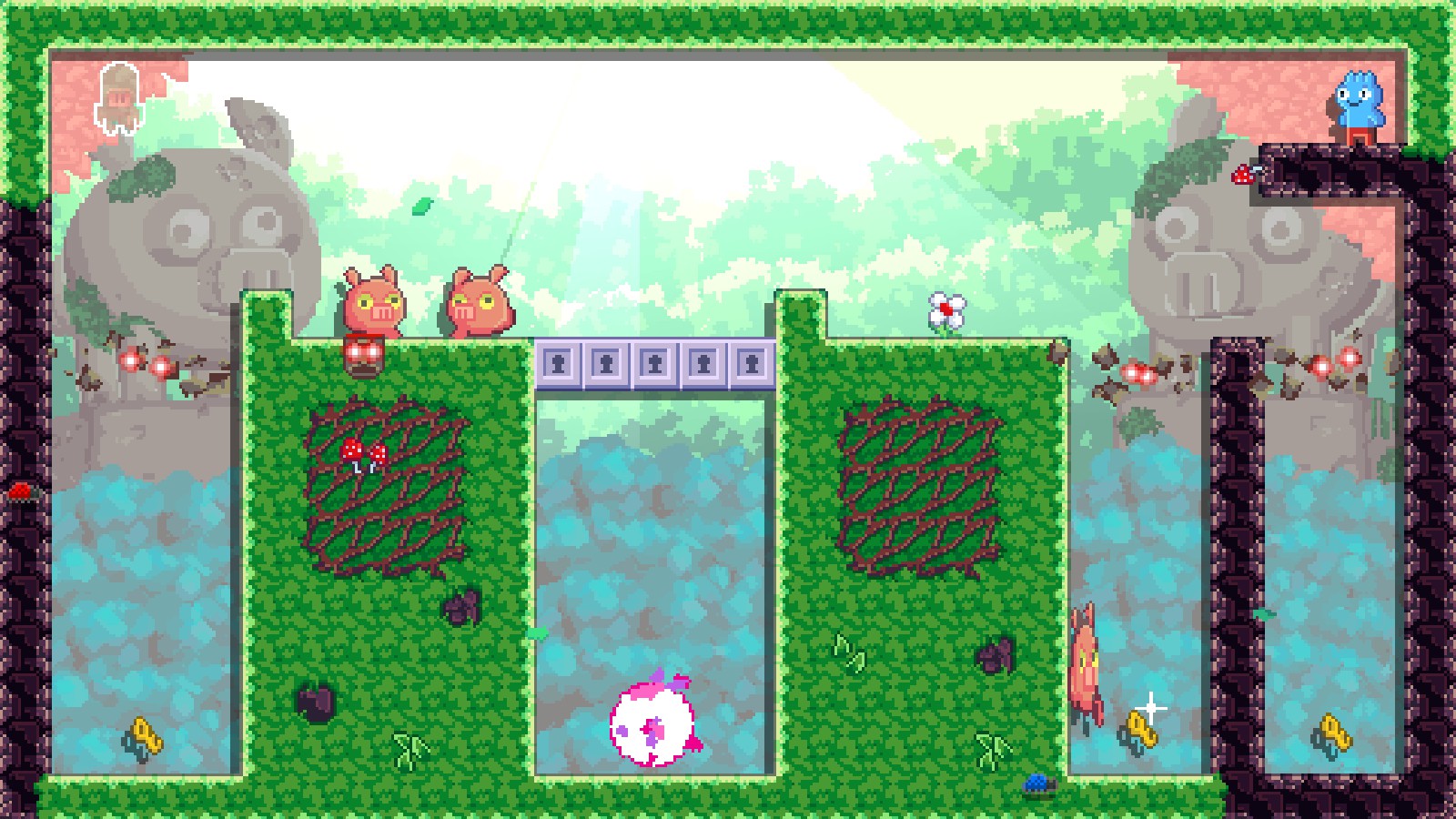 That’s not to say that it suddenly dumps challenging levels on you. There are multiple worlds you’ll be going to which will introduce something new. It gives you enough levels to introduce you to the what’s new and giving you multiple scenarios so when those hard levels do come in, you’ll know what you probably need to do, but will need to figure out how to use Topdee and Toodee to get to your end goal.

Toodee and Topdee really knows when it’s starting to overstay its welcome and I like how there weren’t that many levels in each world. Despite the interesting feature of switching between perspectives, I did feel times where I just wanted it to end and luckily those times came when I was nearing a boss fight.

At the end of each world, you’ll get into a boss battle where you’ll be fighting corrupted guardians. These are pretty fun as you’ll need to learn their attack patterns, either by quick thinking or through many deaths, as you need to dodge attacks and find the perfect opportunity that will let the boss get damaged. Not to mention that these bosses will change up their patterns when they get hurt. Their attacks will affect Topdee and Toodee differently, so you’ll need to switch between who can handle it the best, and some attacks can change depending on which perspective you’re on, which can give you an opening to damaging them or a way to not die if the other can’t dodge the attack themselves without getting hit.

If you are having problems, whether it’s because you have no idea what the solution is or just tired of dying in one hit, there are some difficulty options you can turn on like giving you more health, air jumps, and lets you carry heavy boxes. 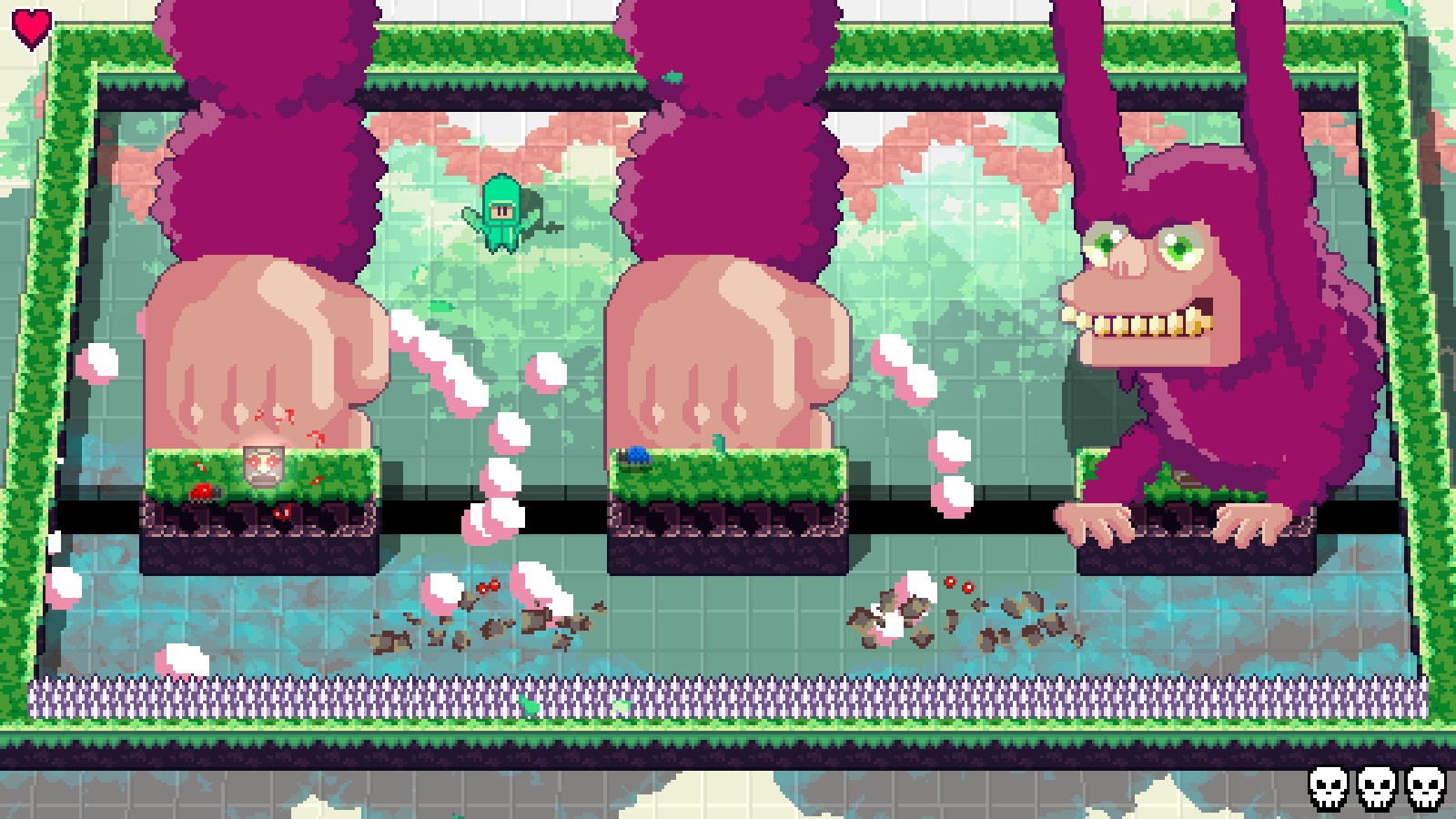 I do wish there was some undo button, especially for Topdee as it is easy to push a box in a hole without meaning to or switch at the wrong time for falling boxes, as it does get annoying when you get everything right and unscathed, but have to redo everything due to a simple mistake of going forward one too many. For that, I do recommend not playing this on controller, as it’s easier to make these simple mistakes, or try to remember to only use the D-pad as it’s a bit imprecise when you use the stick. 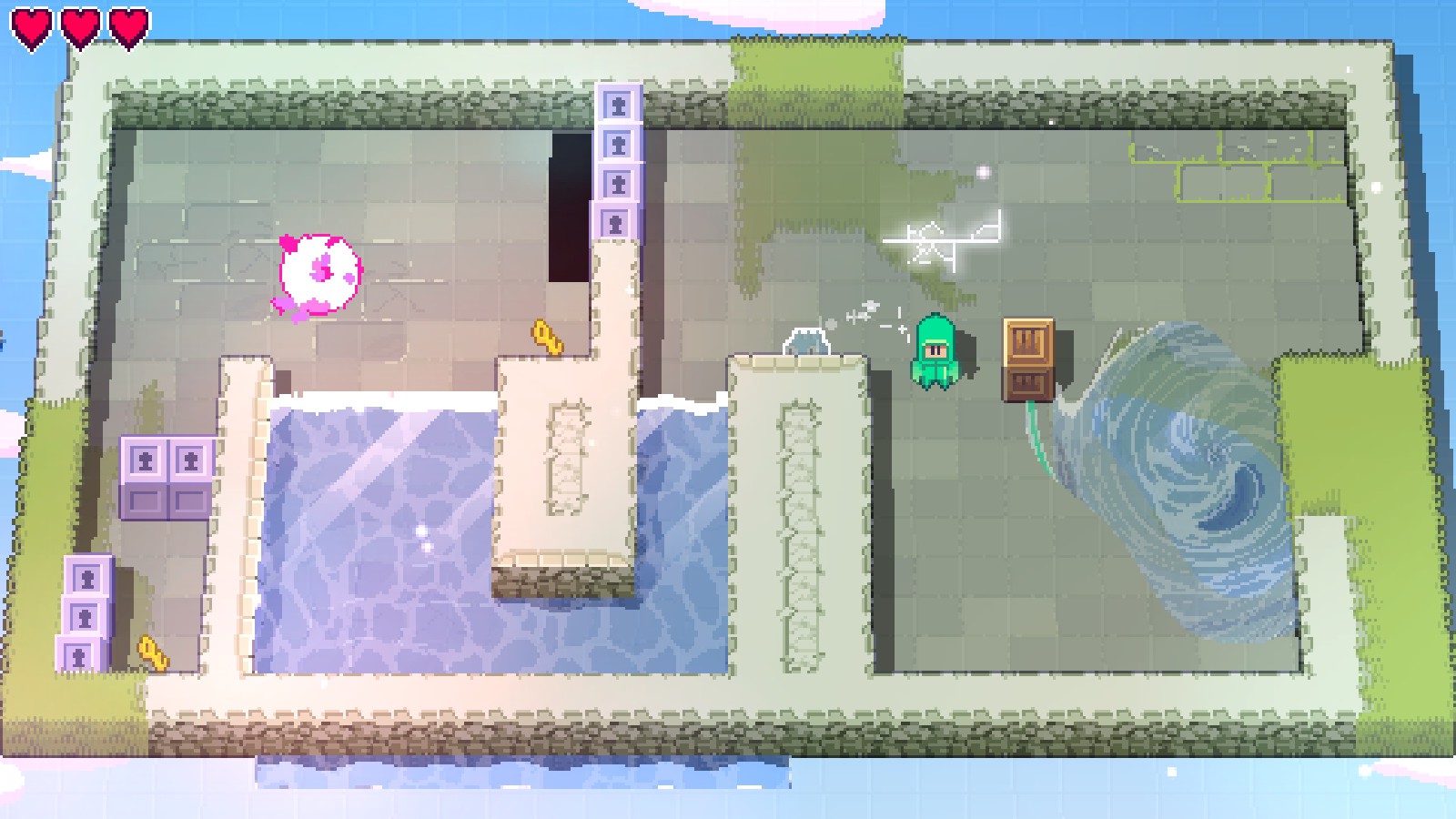 Though, for those looking for more of a challenge (if some of the harder levels aren’t enough for you that is) there is another aspect that you might not notice until the end. There are actually three different challenges where the indicator is pretty lowkey, acting like it’s just part of the level decoration, until your attention is brought to it. And that are the ladybugs. There are three different ladybug colors that represent a specific challenge and they can be hard to get. All levels will have at least two of the ladybugs where it challenges you to complete the level with the least number of switches, represented by a blue ladybug, and complete the level as fast as you can before the red ladybug flies away. With some levels having purple ladybugs, challenging you to not kill any of the deadly animals. If you do get all ladybugs you will unlock a secret portal to secret levels for you to do and get an additional (secret) ending.

Considering this game does have two characters working together, there is a co-op mode if you have someone to play with. I didn’t dive much into it, but it basically acts like if you swap controllers as you’ll take control of either Topdee or Toodee and you can decide if swapping can be done by both of you or just by the one that is active. And it might be even more helpful having another head to bounce puzzle solutions off of. Though probably not so much for the puzzles that require good timing. 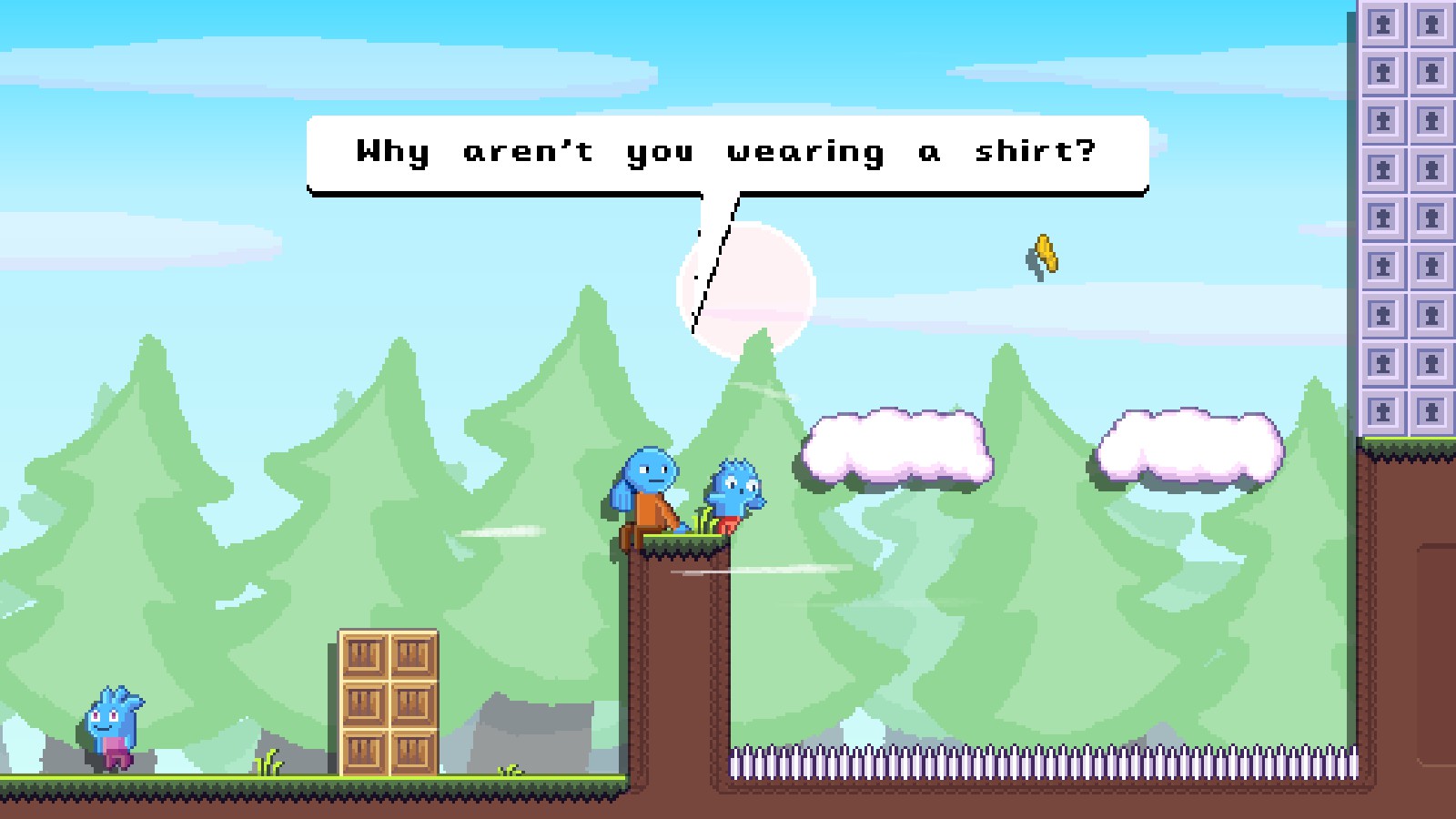 Toodee and Topdee promised a unique spin on platformers and it delivered. While it did straddle the line of staying too long and getting frustrating at times for me, switching between 2D and top-down perspectives to find a way to get past hazards and get both of them to the portal to solve the level was interesting and challenging, the boss battles were fun, and the dialog was delightful and funny. Not to mention the optional ladybug challenges that will make this even more worth it if you decide to go for them. If you like puzzle platformers and looking for an interesting twist on the genre, you can’t go wrong with Toodee and Topdee.