Days Gone delivers a crude, realistic take on the post-apocalyptic genre, with solid story and engaging gameplay. Despite dragging on for too long, thus becoming stale, remains a quality title overall.

Days Gone (DG) is a third-person action-adventure game set in a post-apocalyptic USA, two years after a pandemic transformed most people into monsters. Players impersonate Deacon, an ex-soldier now part of a biker gang of which, however, only he and his best friend Boozer remain. Hell-bent on finding Sarah, the love of his life, Deacon embarks on an epic, dangerous journey across the wastelands.

Excellent, well-narrated storyline and solid characters.
Aside from the protagonist, also most of the side-characters Deacon meets in his adventures will have distinct, believable personalities that are in line with the times and events. In general, DG aims to depict a crude, violent world that sees the worst of human nature surface out of the sheer need for survival – and does so extremely well. The reactions, dialogue inflections, even expressions of most characters are consistent, realistic throughout the game.

Overall good diversity of activities, events and missions.
From burning down mutant nests to eradicate infestations from whole chunks of the map, to re-activating pre-apocalypse technology or defeating bandit camps, there is a lot to do across the world. NPCs will periodically call for help in the form of quests as well, with some days having to pass between each call, in a realistic manner. Random events like summary executions to be stopped or skirmishes between factions happen quite often along the road, as well.

Satisfying, weighty combat in both melee and ranged styles.
Between the meaty feeling of smashing enemies with a baseball bat, the satisfying thumping of bullets into heads, torsos and other appendages, or limbs flying after a close encounter with a pipe bomb, each fight in Days Gone proves really fun from start to end. Deception, stealth or even turning mutants against humans in cleverly-thought-out schemes are all possible solutions, other than the classic guns-blazing approach.

Large amounts of upgrades, skills and gear to unlock.
Deacon’s arsenal, bike parts and passive skills can progressively become better, thanks to an XP-based leveling system and a reputation system in allied encampments. As one completes side-activities or quests, more and more new weapons, parts and gadgets will be unlocked to either purchase or craft. Some quest-lines give unique weapons or blueprints as well along the way or at full completion – so it’s worth investing time in doing everything.

Fights against hordes are impressive and extremely fun.
A special mention needs to be done for Horde fights, where Deacon will find himself against hundreds of mutants at a time. The gameplay of such encounters is a thing onto itself, partially puzzle and partially a test of strategy. Using choke-points, narrow spaces, environmental elements like explosive barrels, distractions and a whole lot of bullets will all come together beautifully, to decide one’s victory or defeat. 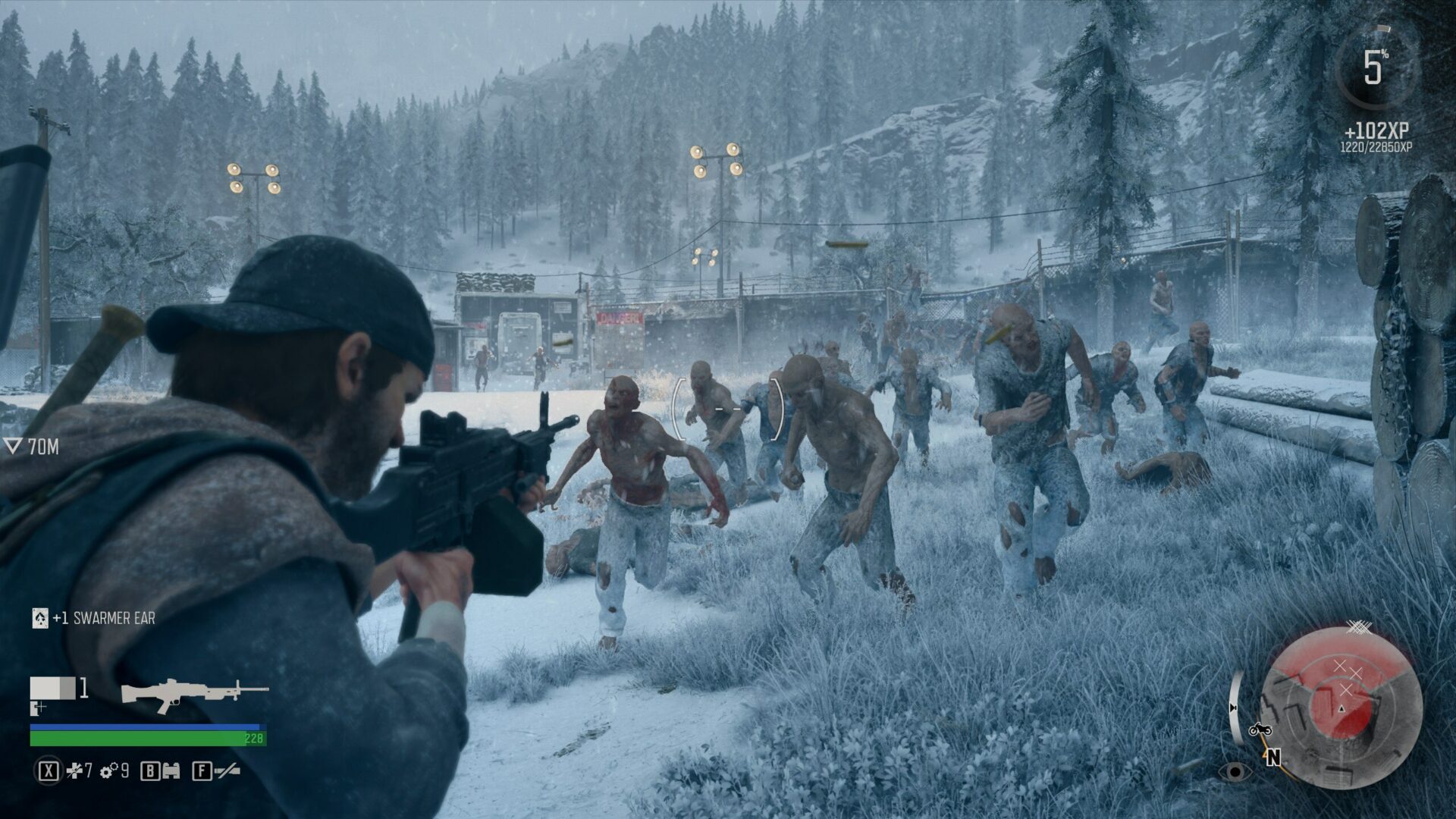 Gameplay becomes stale in the long run.
The good variety of approaches and activities simply isn’t enough to keep the game fresh all the way to the end. After about 30-35 hours at best, most players will have acquired powerful weapons, advanced bike pieces and many useful passive skills, while the mission types won’t change and be always the same. Expect, for the last third of the total playtime, the gameplay to become much more repetitive and bland.

Some quality of life issues.
From hordes not being shown on the global map until very late game, when they would be totally feasible and needed before, to the inability to save without being close to the bike or a bed, there are some annoyances that make the experience worse. The fact Survival difficulty disables fast travel, adding hours of useless filler time spent travelling “manually” to get anywhere, is a depressing design choice.

Human enemies’ AI is underwhelming.
Fellow humans like bandits or cultists, despite having guns, bombs and armors, prove to be much less of a threat than mutants. This mainly happens because their AI isn’t exactly bright: their aim is generally subpar, the tactics suicidal, and the reaction times on the slow side. While some human enemies can be dangerous, most of them can be dispatched with a headshot before they can do anything. 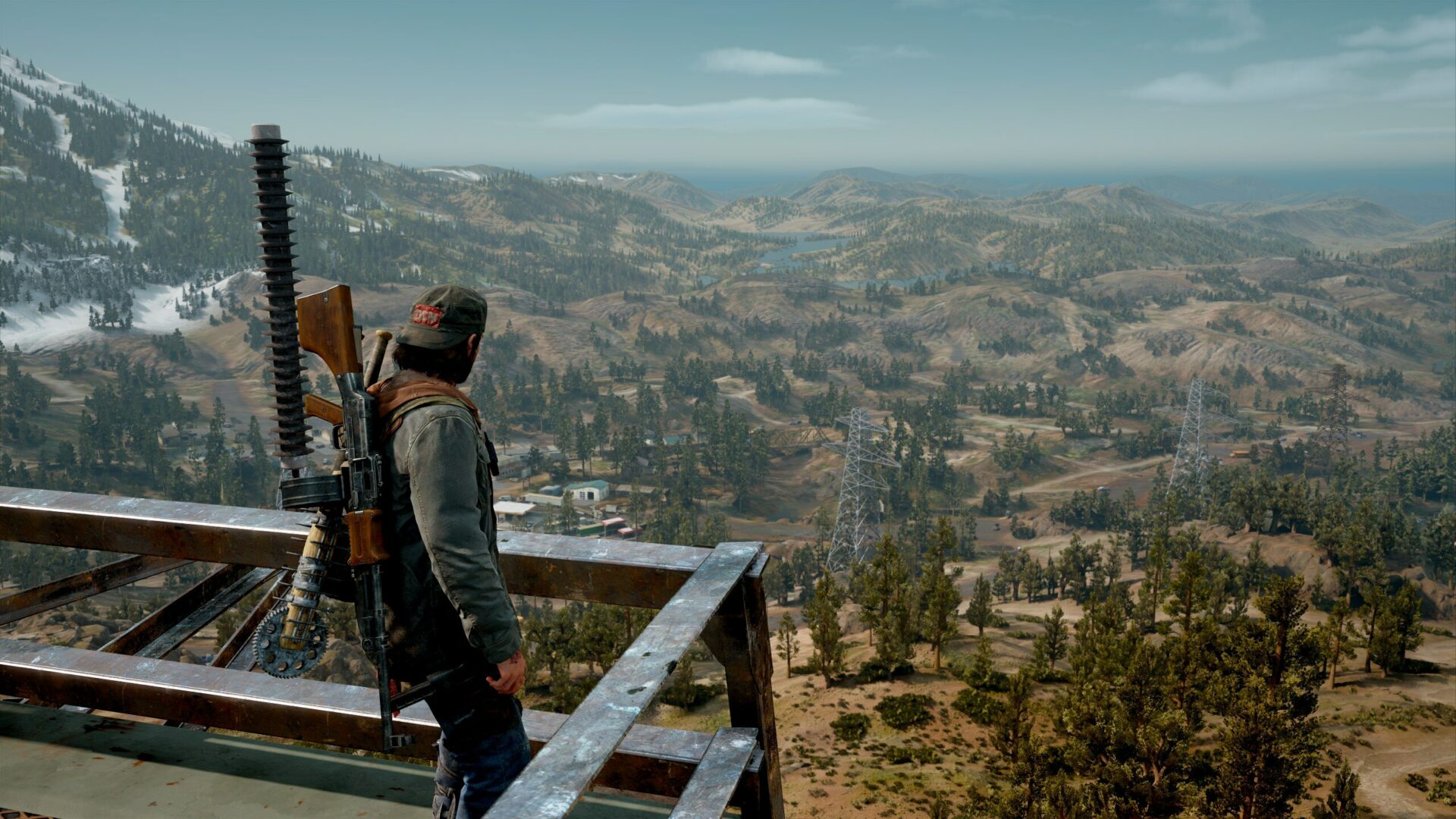 Exploration
Is performed on foot or, for long distances, with Deacon’s custom bike, which will need to be periodically refueled and repaired. The world is large, and houses dozens of points of interest to uncover. Fast-travel is possible to friendly camps, however only if the bike has enough fuel, while it’s disabled on Survival difficulty. Most of the world won’t be accessible initially, as the main quests will need to progress in order to unlock more areas.

Combat
Is done in either melee or ranged fashion, using a good array of murder tools such as spiked baseball bats, hatchets, assault rifles, grenades, napalm and everything in-between. A well-placed headshot can dispatch all but the strongest mutants in one hit, and one the higher difficulties just a few punches from a regular mutant will be enough to bring Deacon down at least until mid-late game. Using cover against humans and their guns, while being quick and agile against melee-only mutants or animals will be the main approaches to fights. Deacon can use Focus to slow time considerably and land accurate shots, but for a very small time.

Character Management
Is performed mainly at camps and safe zones, where a gun locker to swap weapons, stalls to sell mutant parts for money and various vendors to acquire new gear, ammo and consumables are present. Deacon’s bike can be heavily modded with better parts, that however just like guns and other stuff, need a certain reputation with that particular camp to be purchased. These bike mods can be vital to reach some hidden loot stashes or upgrades, or just get things done faster. The skills panel allows Deacon to spend skill points to enhance three different trees focused on ranged, melee and survival abilities.

Challenge Mode
Is a separate mode that pits Deacon against specifically-designed scenarios, with main and side objectives to complete. The better he performs, the higher the rating will be, in turn awarding cash to spend in unlock new weapons, skills and bonuses for the next challenge, in sort of a “roguelite” fashion. 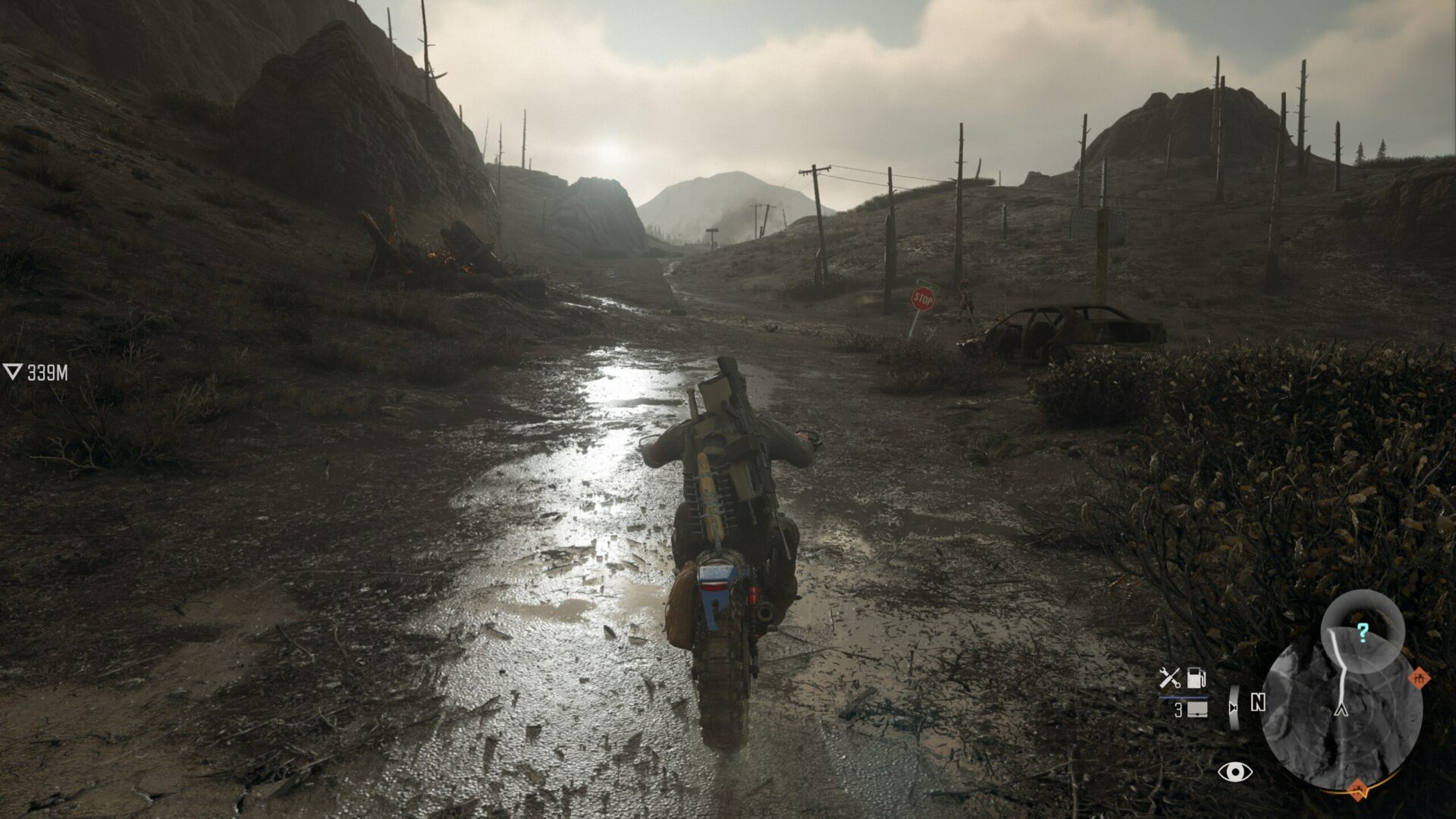 It took me around 51 hours to complete Days Gone on Hard difficulty, while also finishing all side activities. Despite the presence of a NG+ mode, replay value is rather low. Challenge mode can give some more hours of fun, to those interested. With this amount of content and very good overall quality, I can safely say this game is worth full price purchase.