Although it has a nice concept, it gives too much information dump at once. It’s not something that I expect for an educational game, which is supposed to be fun and lighter compared to textbooks.

Japanese Romaji Adventure is an educational game that is teaching you romaji, the Japanese language that is written in alphabet. Set in the 1800s, you are to travel between regions in Japan, trying to explore what the country has to offer. Note that my knowledge of Japanese only comes from watching animes, so this review will be based on that.

The game uses default RPG Maker assets. It tries to incorporate different areas while still retaining the Japanese theme. I’m not sure whether it’s because the game was set in 1800, but I didn’t see anything similar to Japan apart from the castle-like buildings and shrines. They don’t resemble the real thing, but both have the important points down.

The story lacks focus. It tries to be realistic at first, introducing you as someone who is trying to learn Japanese. However, more fantasy elements will be introduced later on, making the story lose its historical value. The rushed pacing and the lack of conclusion also make it less appealing to read. You will only be presented with a “thank you for playing” message after beating the final boss where you can continue your adventure with some post-game content. Moreover, some English sentences are a bit off.

The game focuses on memorizing vocabulary. You’ll be given some romaji words with their translations, and you have to undergo a quiz to progress the game. It can be exhausting to repeat these actions, especially since you need to keep on doing it without a break. Moreover, it will hardly mention the previously memorized words as you progress, giving no reason to remember them for the long term. It might try to remind you of some words that are available at the beginning of the game, but the rest will stay ignored after you finished the quiz.

I liked how it tries to integrate combat as a way of learning. Take the first few battles as an example. Enemies have different colors and you’re supposed to strike them with the right color skill to deal some damage. This helps me to remember the vocabulary, although sadly, this feature was deserted as you played the game. Although it tries to do it again near the end of the game, the sudden appearance of a lot of enemies at once, all with different questions from the first few areas, surprises me. Moreover, the enemies near the end of the game are too bulky, making fights to be boring. 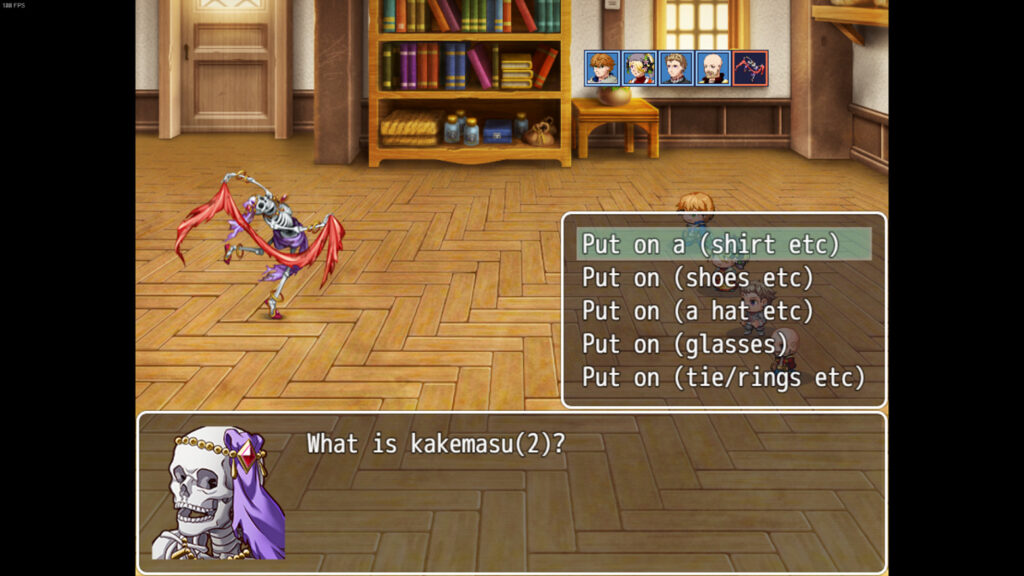 I finished the game in 15.4h. The difficulty depends on your Japanese and memorization skill. My prior knowledge of some Japanese terms helps me not to memorize too much in one batch, although people who have zero knowledge might have problems with it. The quizzes also don’t suit me. I would just remember what the game told me and forgot about it right after I finished it. Some words tend to be too long and I ended up only memorizing the first few characters just to get the gist of what they mean – at the end of the day, I didn’t remember much about them.

While the game does a good job in explaining the words at the beginning, everything turns into a mess with the whole info-dumping as you progress. Being given a batch of words to memorize and having to do a quiz right after don’t suit me at all. It feels like I’m going back to when I went to foreign language class at school, but except with me having to remember 10-15 words every session, I was forced to learn more in one go. The non-randomized nature of the quiz also doesn’t help since I tend to automatically remember the solution order instead of the actual solution. 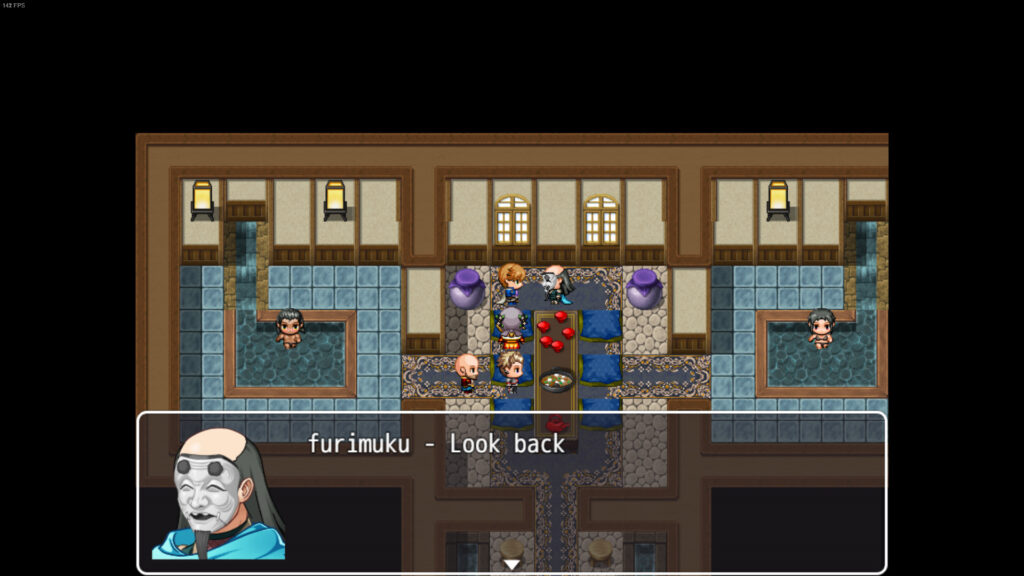 The game tries to explain grammar, but I found the explanation to be lacking. The one that I had the most trouble is when I had to change the word forms. For starters, I didn’t know what the rules are. The game only has a reference to memorize some characters into groups and advises me to look up a song online to make it easier to remember. It stops telling me the other rules – rules for one form were explained, but there is hardly any place to revise. Besides, I still don’t grasp the meaning of these “word forms”, giving me no reason to remember them.

The voice dub helps you understand how the Japanese words are pronounced, but the sound is way too low. I had to increase my volume a lot and deal with having to listen to the increased volume of the BGM afterward. Some areas, especially near the end of the game, also hardly have any place to revise – you need to walk manually to the first few areas to do so. Lastly, it’s often hard to know where to go next. I got stuck several times since the game isn’t being clear about it. This is also the reason why I have trouble getting the only achievement in the game, which is supposed to be obtained after getting 100% completion.

To be honest, I didn’t expect the game to be this long. Sometimes, I felt overwhelmed with having to remember too many words at once. Exploring new regions also means that I have to remember new words again, and the transition between combat and memorization doesn’t happen that often. I liked how the game forces you to remember Japanese in battles though – it’s where I remembered most words in this game. It’s too bad that the game doesn’t use it more often and focused more on the number of words being taught.

I figured that the game would be more suited for those who are learning Japanese, especially the ones who are about to take JLPT N5. However, people who are going to take that test will be more interested in playing the game with actual Japanese characters. Although the game tries to teach Japanese to beginners at some point, I found that the information dump is too much, and people who are not heavily interested in Japanese nor learning a new language might find themselves to be overwhelmed with the amount of information. I couldn’t seem to find the right target demographic for this game, so I ended up not recommending it.