Aron’s Adventure is an enjoyable indie title with great visuals, enjoyable combat and a nice atmosphere. Unfortunately, it suffers in some areas.

Built by a two-man team and presented in a charming low-poly style, Aron’s Adventure provides an enjoyable experience, but suffers from a somewhat slow build-up and a number of bugs. Players fill the shoes of Aron, a young man thrust unexpectedly into the life of a superhuman warrior; a Sentinel. The event that gave him his power has awoken an old evil, and there’s nobody else who can stop it.

The story and characters are quite shallow, but still relatively enjoyable.
To begin with, the story of Aron’s Adventure seems a rather generic one, with an edgy antagonist who plans to take over the land for no apparent reason beyond simply being evil. The protagonist, meanwhile, is a silent one, leaving his personality up to the player. While the characters’ motivations do become more clear, the overall story does not gain much depth over time, and few characters are particularly endearing or complex. More interesting locations, events and situations do begin to appear once players progress beyond the game’s first area.

The story’s best character moments can be found hidden in Rifts; tears in reality that offer a small glimpse into the past. These often display a conversation or sequence of events crucial to a character’s backstory, and are key to understanding the motivations of the game’s primary antagonists. 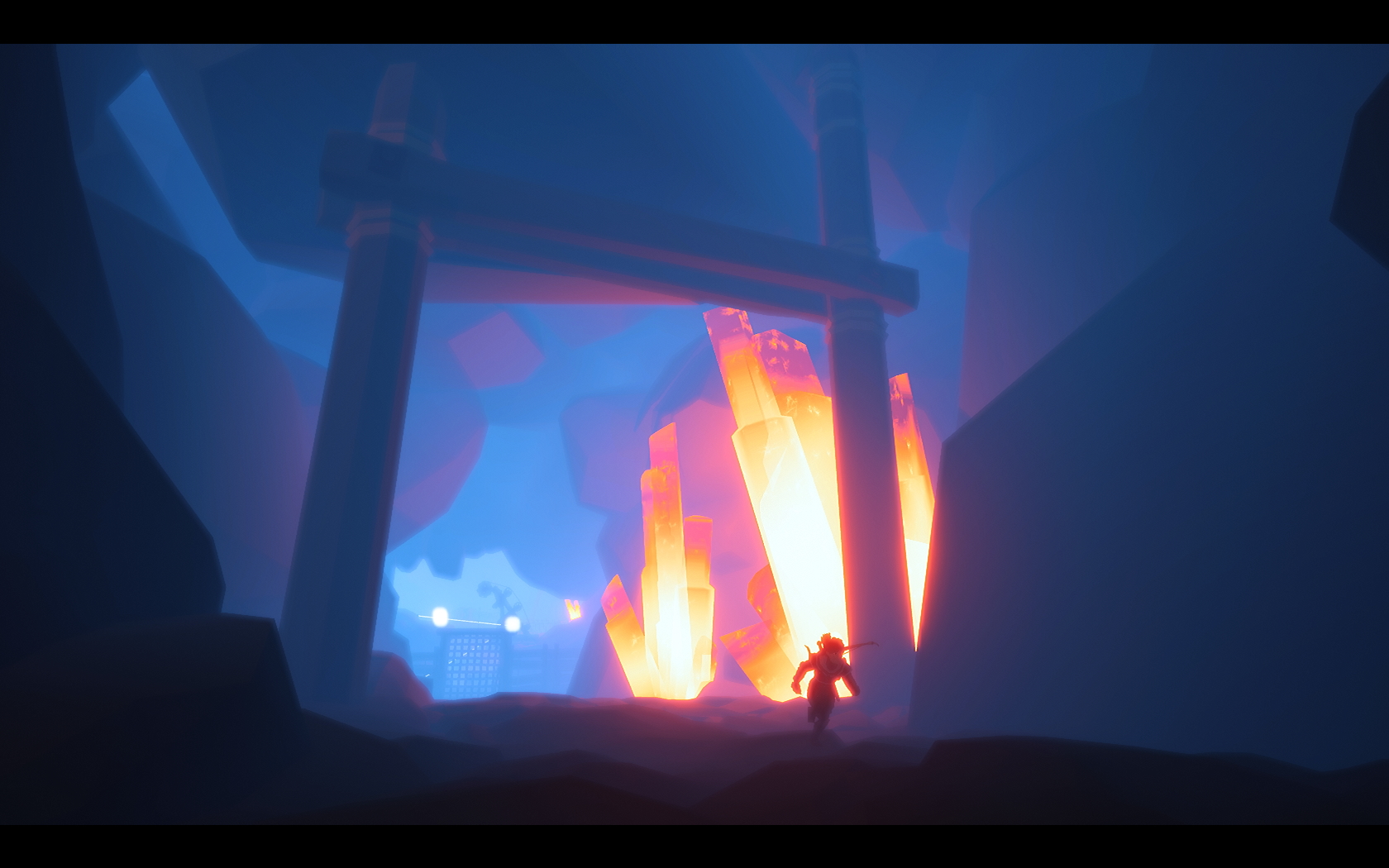 The game’s atmosphere makes up for the shortcomings of the story.
Aron’s Adventure’s introductory area is one of green fields, forest and sparse human habitation. While this is a pretty and peaceful place, it feels a bit dead – as though nothing ever happens without the player’s involvement. The lack of animal life also contributes to this. Where the game’s atmosphere really shines, though, is in the smaller, denser areas. From mysterious caves and ruins stalked by ghosts of ages past to bustling castles full of life and cheer; these are the places where the game comes to life, and they carry the experience.

There are no fetch quests.
While not all of the game’s side-quests are unique or particularly interesting in their premise, they are plentiful enough to keep players entertained for a while, but few enough to not become boring or repetitive. The more mundane of them include simple objectives such as rescuing an NPC, or killing some specific enemies. Many of these are in locations Aron will visit anyway, and they will often activate upon arriving in the related area, saving players the hassle of coming back later if the quest wasn’t already active. 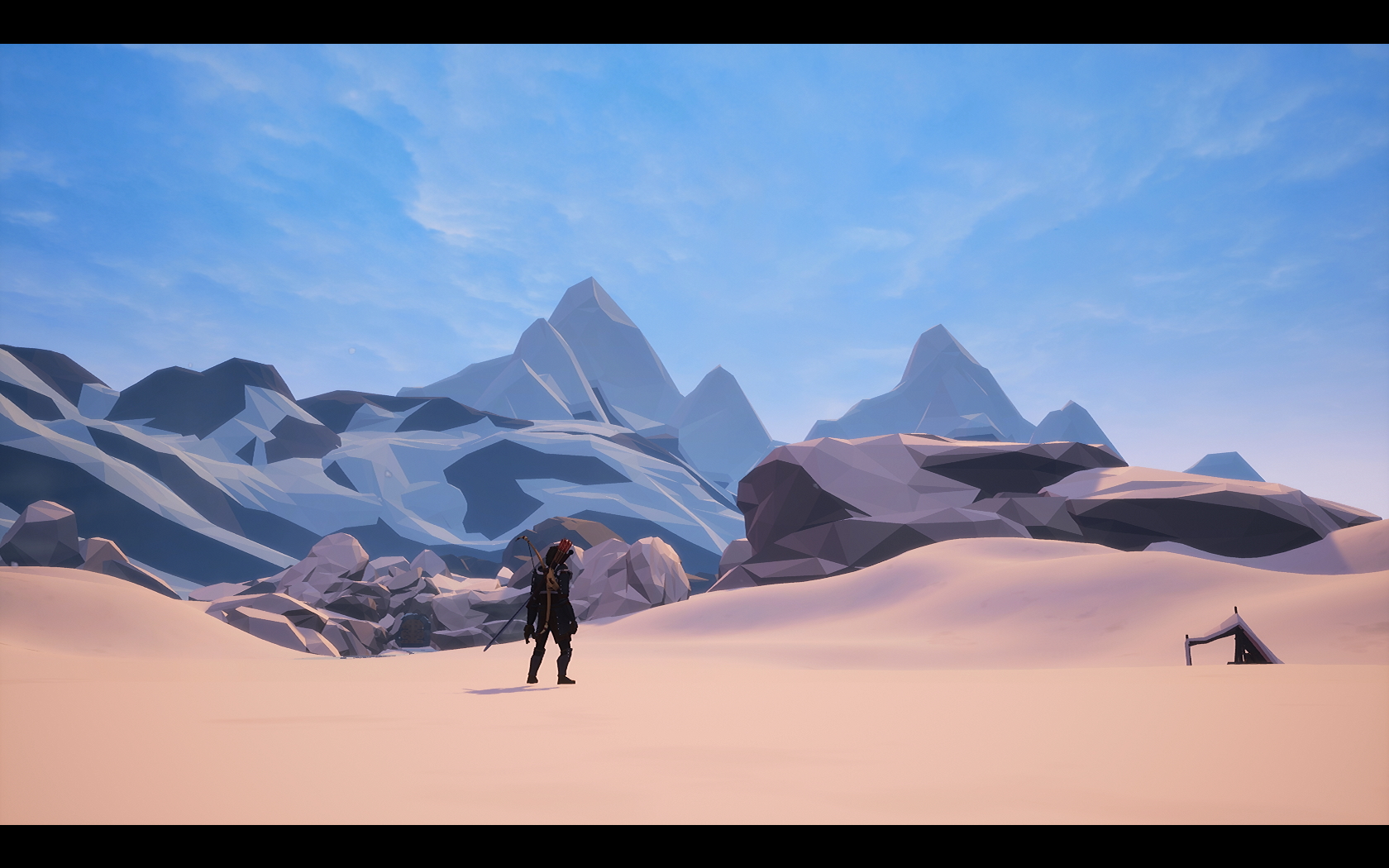 An action-adventure experience that starts slow, but builds.
Aron’s Adventure’s gameplay, like its story, gets off to a rather mundane start, as the initial area features only basic enemies and combat scenarios. Soon after, however, the full range of weapons and abilities becomes available, while the variety of battlegrounds and enemies increases.

Aron’s journey takes him through several open world areas, each with NPCs offering side-quests, enemy bases to clear and Rifts to explore. His faithful horse and enhanced physical abilities allow him to venture farther than he would be able to otherwise, though the terrain can be difficult to navigate at times due to the game’s often dodgy collision boxes.

Combat is always enjoyable, but a bit heavy on the stunlocks.
With five types of melee weapon, a bow and several magical abilities, Aron has plenty of options for dispatching his enemies. Whether repeatedly dodging and striking a large enemy or obliterating a crowd of small ones with a shockwave, combat is satisfying, and all weapons and abilities are useful.

Unfortunately, Aron is extremely susceptible to stagger and knockdown, which he is slow to recover from. A crowd of enemies – or even one enemy that hits hard and fast – can easily stunlock him. While I rarely died to this, it is quite annoying. Not helping this are the game’s targeting system, which is rather unwieldy, and that the jump and dodge-roll actions are bound to the same button. The game decides which should be performed, and while it’s fine most of the time, it doesn’t always do what you want it to. 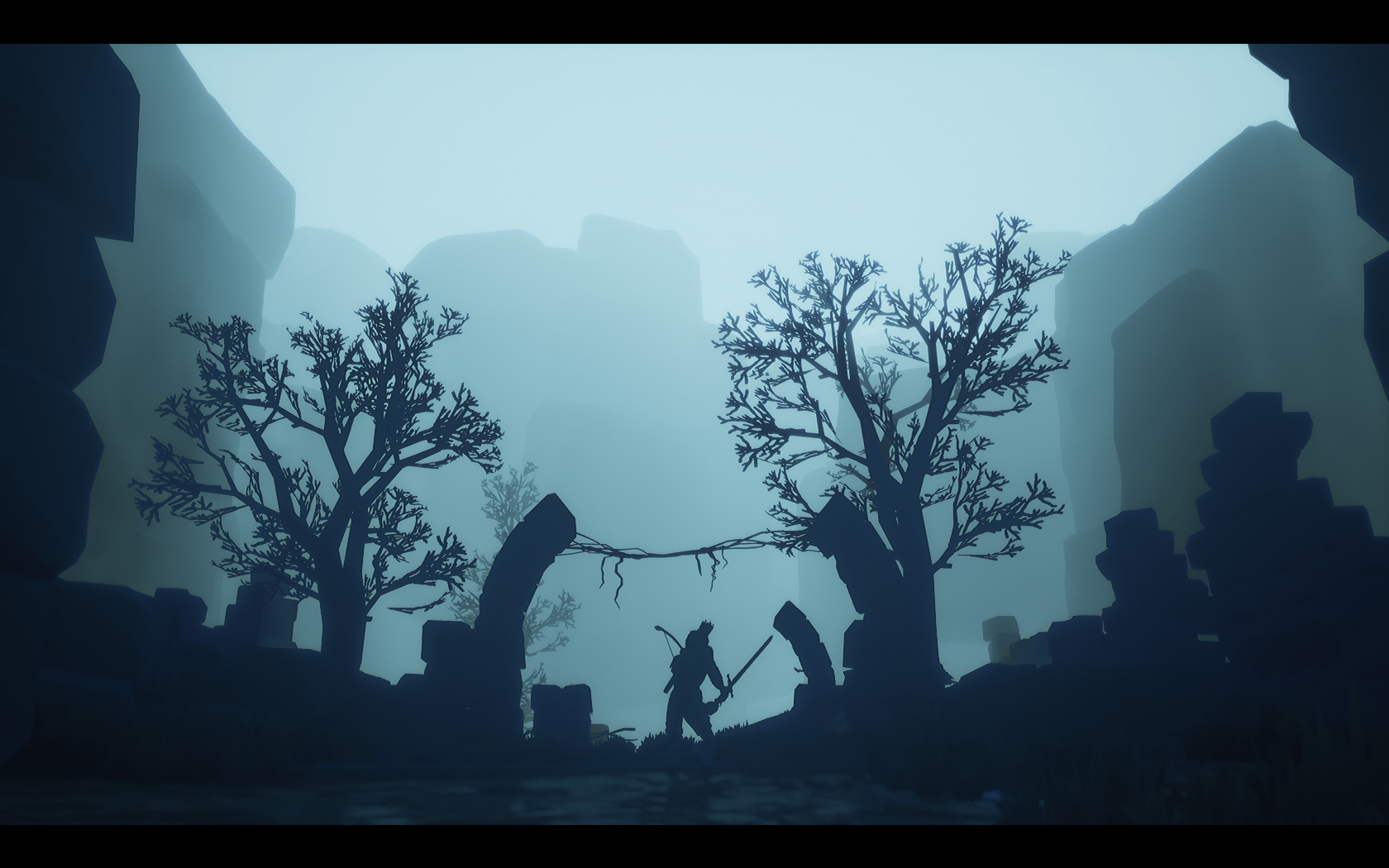 Platforming is a little clumsy, but the puzzles are nice.
Throughout his journey, Aron acquires the ability to double-jump and perform a mid-air dash, and while these are adequate for the platforming challenges the game provides, they aren’t the most precise, due largely to a lack of mid-air control.

Puzzles, meanwhile, are rather scarce, but this serves to prevent them from becoming tedious and repetitive, as there are only a few different types – the most common being a sliding block puzzle and a button sequence. These are relatively easy, and I quite enjoyed the short reprieve from combat and exploration.

Progression is good, but loot is rather dull.
Players have access to a basic skill tree that improves Aron’s abilities, and can find and equip new armour, horses and weapons. Skill points are primarily earned by completing Rifts – not only the aforementioned story ones, but combat and platforming challenge Rifts as well. Equipment, meanwhile, can be crafted or received as a reward for completing a quest or clearing an enemy camp. Gear variety is relatively small, but enough to maintain the sense that Aron is progressing as a warrior.

Loot, aside from the gear drops mentioned above, is limited to crafting materials and the occasional consumable. Loot chests are all over the place and they serve their purpose, but it’s hard to be excited when you know nothing interesting is inside. 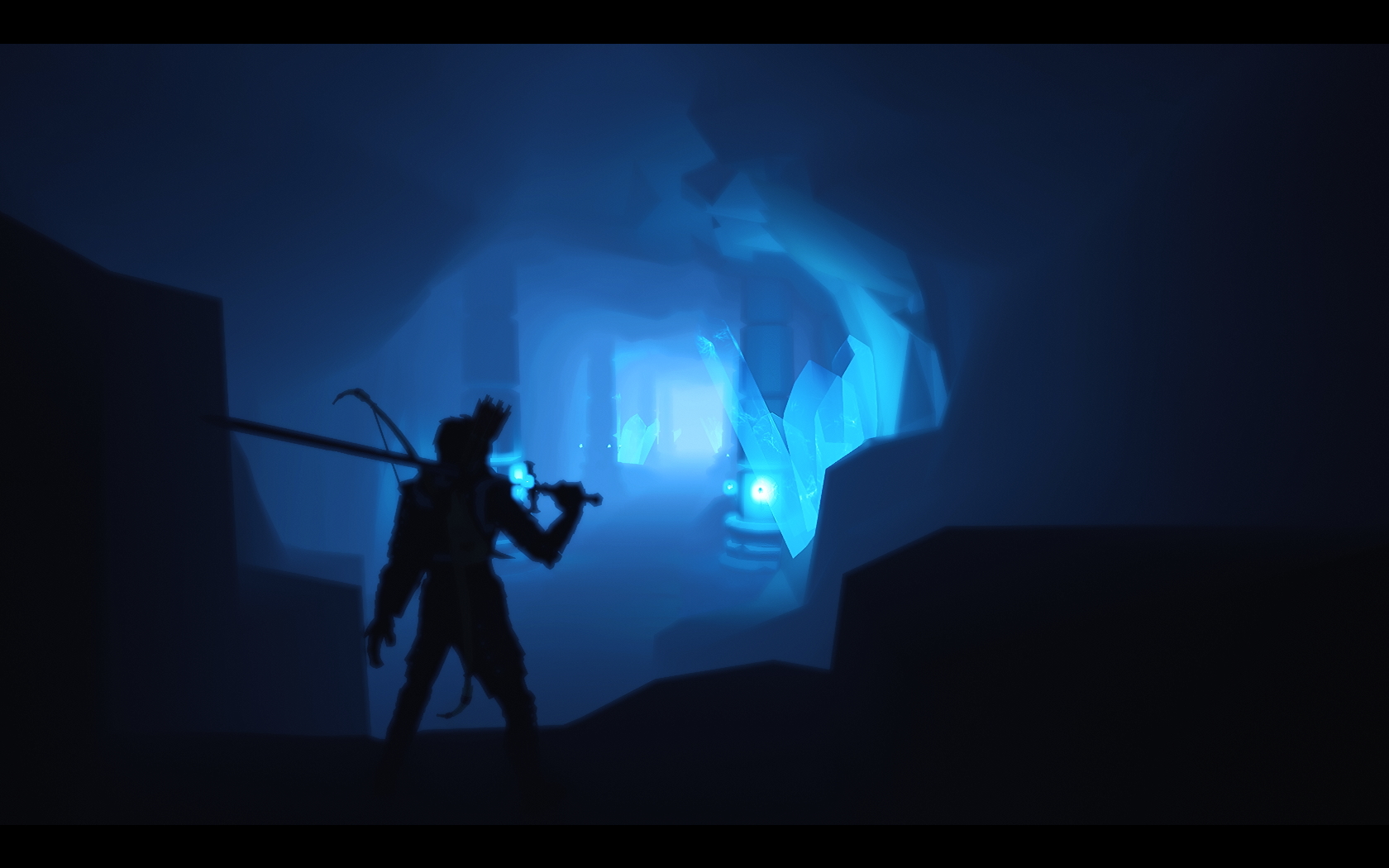 Visuals:
Aron’s Adventure looks beautiful in many places – especially those with vibrant colours. The animations are mostly decent, with a couple of lower quality examples here and there.

Audio:
The game’s sound effects are good and the soundtrack is excellent; it suits the atmosphere perfectly. The voice acting, however, ranges from decent to mediocre.

Performance & Bugs:
Using the specs listed above, I got a relatively steady 60fps on Ultra settings, though it would dip in some areas, or when looking in certain directions. This seems to be tied almost entirely to the shadows setting.

Bugs, meanwhile, were plentiful during my pre-release playthrough of the game. Missing quest triggers, character teleporting, low texture resolution regardless of settings; the list goes on. Thankfully, the game has received several patches and the bugs are being ironed out, but it is still lacking a degree of polish, which can be seen in the numerous typos and wonky collision boxes throughout the game.

Aron’s Adventure is a game that hits its stride in the later chapters, and while its story is somewhat lacklustre, the enjoyable gameplay and atmosphere make up for it. I recommend it with a discount or after further patches.